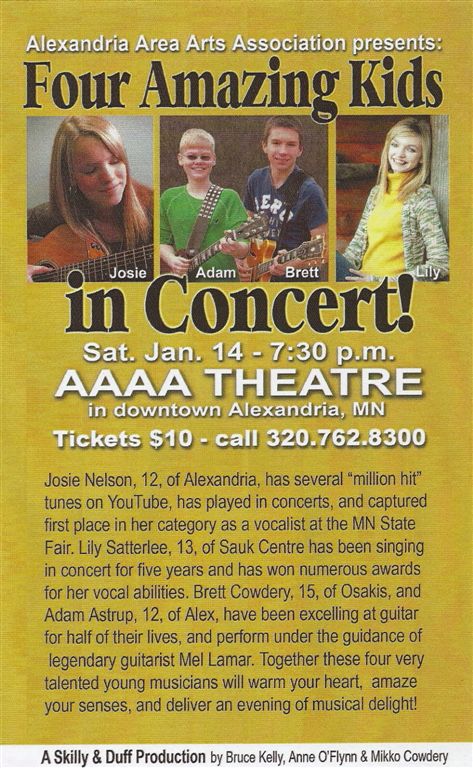 [But first, from local impresarios, Skilly & Duff.  Try it, you’ll like i!] 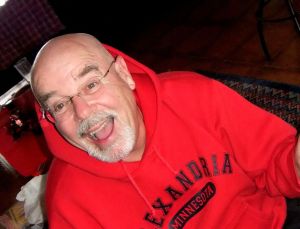 Regarding the subject title – no, not a new consecutive free throw record (though I’ll be working on that this winter).  But yesterday the blog received an incredible 183 hits, smashing the old one-day record of 144 set some time last February.  So, give yourselves a standing ovation . . . well, OK, maybe a golf clap would suffice.  It is unlikely, however, that I will ever again attempt the THREE posts in one day standard in an effort to break the new record!

Yesterday was our first opportunity to visit the latest local phenomenon, Grand Arbor.  We had been hearing terrific reports about the place and were looking forward to a viewing.  Grand Arbor is a new complex that includes regular apartments, assisted-living apartments, and apartments for those needing 24-7 care.  It’s quite a facility with a fabulous great room, a dining room, a bistro, a movie theatre, a swimming pool, a library, a chapel, meeting rooms, and nooks and crannies all over the place.  And it is right across the street from where the new high school will be built, so we would certainly consider it as a future destination (we would require a couple thousand square feet with a penthouse view, of course).

[Editor’s note:  I’ve now reached that stage in life where it is impossible to pour a carbonated beverage without it fizzing over the top.] 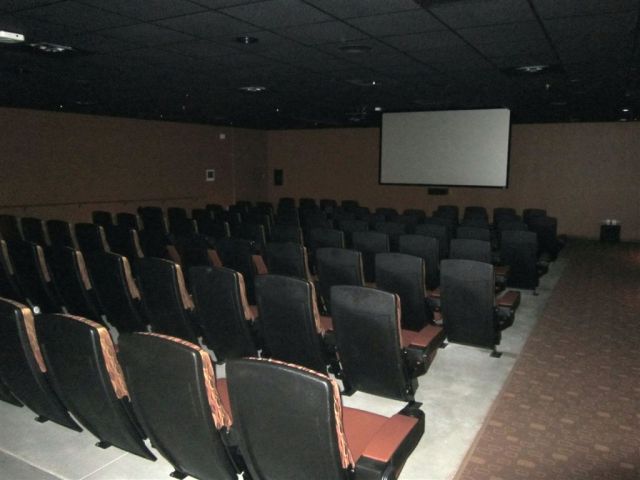 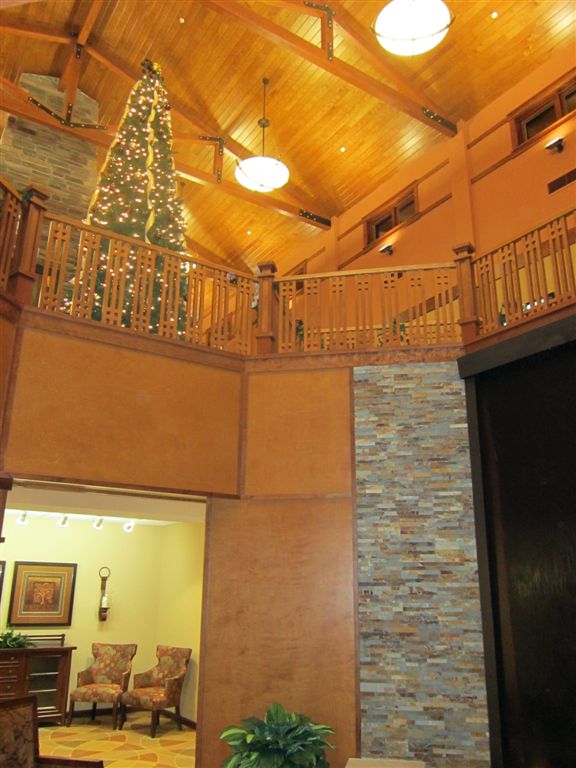 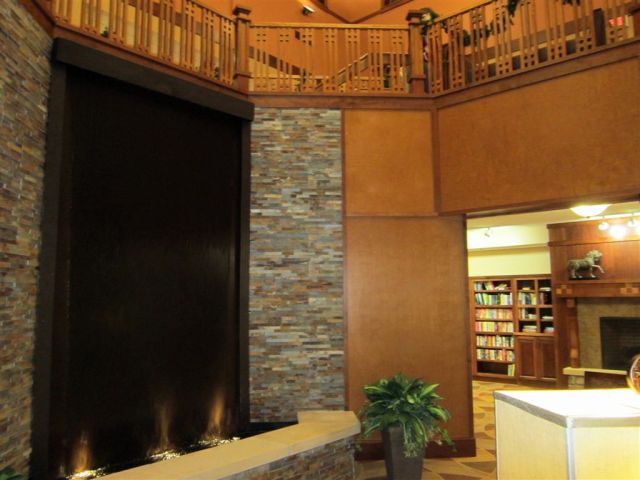 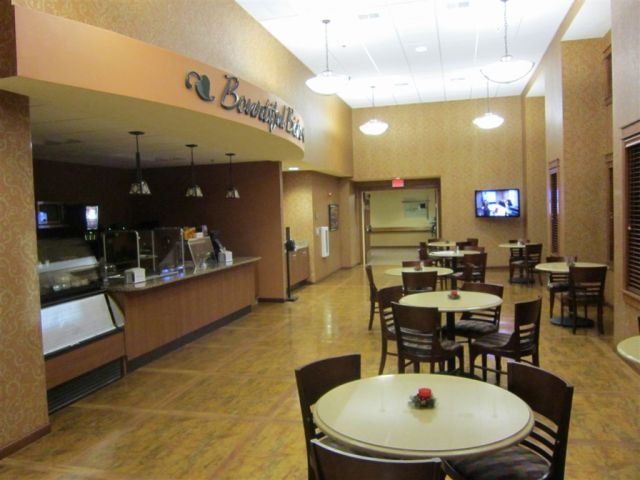 We were there for a Community Ed meeting – and below was our substantial meeting room with all the amenities:

An object of some concern for the attendees was the wall-mounted TV – directly behind a post?  Jim Pohl gets a good chuckle out of that – we ulitmately discovered that it did indeed swing out.]

The Russians Are Coming, The Russians Are Coming.  On the way to the meeting, we had to drive by the hockey arena where we noticed the Alexandria Blizzard, of the North American Hockey League, were hosting the Russian Red Stars – we had totally forgotten about the game, as we are wont to do.  Anyway, we mentioned such at our Comm Ed meeting, and the aforementioned Mr. Pohl offered us his tickets because he had a scheduling conflict.  Thanks again, Jim! 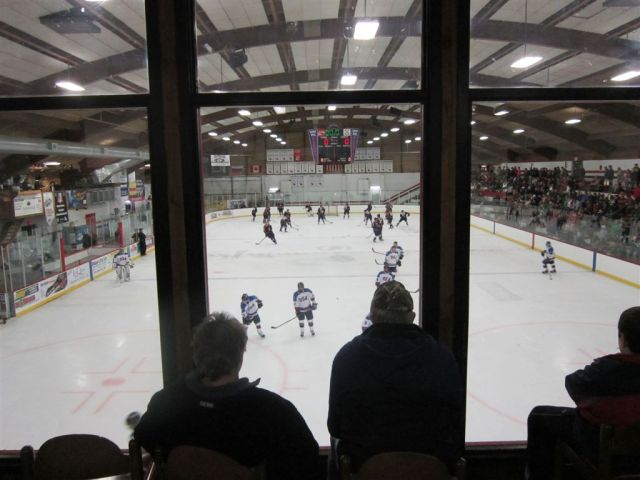 So after the meeting, the supervisor and I bolted for the RCC where we enjoyed a hot dog in “The Warming House” overlooking the ice.  The arena was packed, of course – when we arrived the parking lot was packed beyond any previous observation.  The Red Stars are an all-star team from Russia’s top junior league, composed of players in the 19-21 age range. 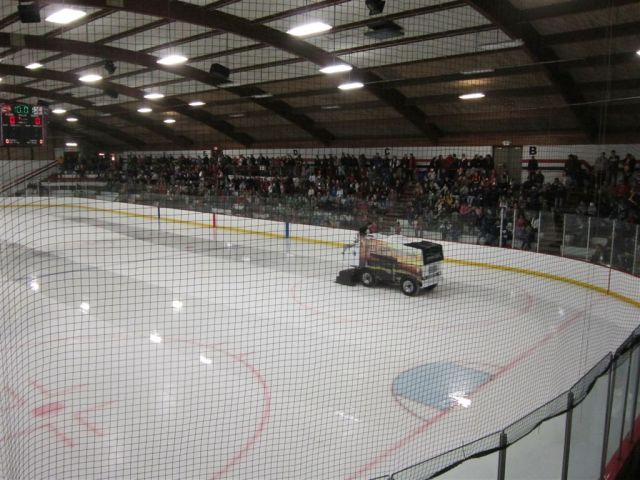 [A Bucket List item:  Standing for the Russian national anthem.  😉 ] 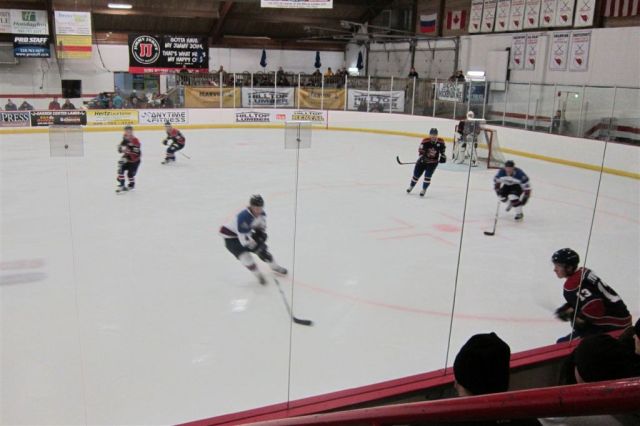 [Alexandria’s-own, Thomas Williams (17) – was the Blizzard’s leading scorer but has missed some games with a shoulder injury.] 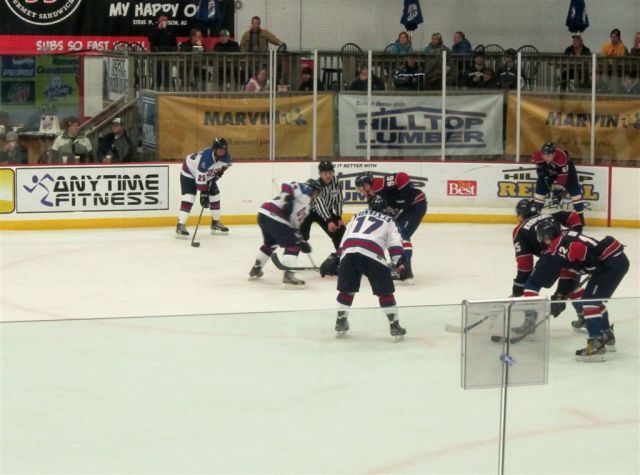 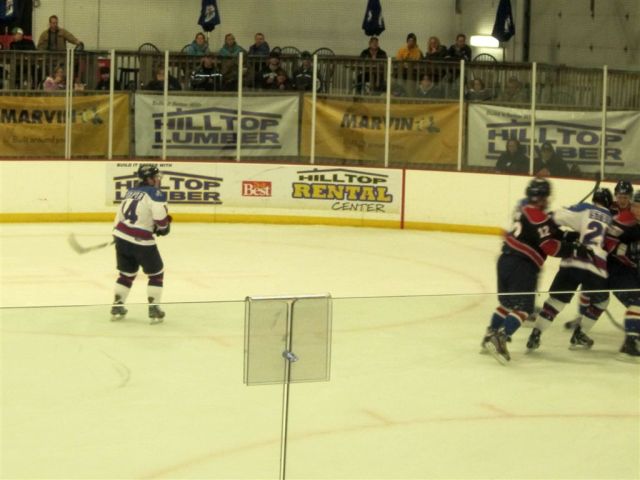 [I believe this is when Thomas got boarded late in the first period – almost lead to fisticuffs – the Russian got a 10-minute major penalty.  The Blizzard had some good scoring chances then but came up empty.]

[Known to have spent a major portion of their lives in hockey arenas.  Abby and Martha, of course, are Thomas’s sister and mother, respectively.  We also visited with Ashley Holmes from the 2008 girls’ state championship team.]

[We left after the 1st period – our excitement meters had pegged for the day.  Good game – the Russians got a couple of loose goals on shots that were taken from behind the goal line – but their other was a Russian-classic long pass up the middle breakaway.  Thomas had at least 4 of the Blizzards’ 13 shots-on-goal.  As of this writing, we do not know the final score.]