Back by Popular (?) Demand* 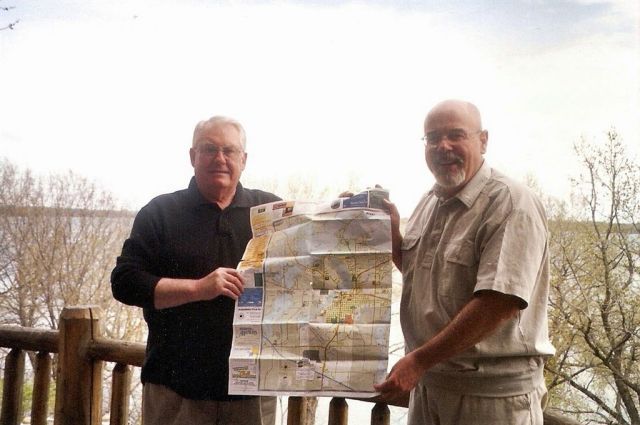 [* As a result of yesterday morning’s discussion among the “Fat Boys” during our ‘Y’ walk.  Here, initially, are two articles previously published in the Echo Press intended to provide guidance to our high school athletes regarding fitness and nutrition (i.e., the last meal before a game should be heavy on the carbs).]

[Published by Echo Press, June 10, 2005]  Inspired by the woman who is walking Minneapolis, Bob Annen and I walked all the streets within the Alexandria city limits.  OK, it’s not quite the same order of magnitude (by about twelvefold) – Alex has 94 miles of streets.  We began our quest on April 13 and finished on Cinco de Mayo, walking for an hour and a half to three hours daily (5 to 10 miles per day).  We walked 19 days, every now and then taking a day off for good behavior.  We estimated we actually walked over 130 miles because, by necessity, we often had to cover the same street more than once to get to the next unwalked street, for return trips on dead ends, or to get back to our daily starting point.  Our last day only took 45 minutes ending at Noonan Park, which we thought appropriate. 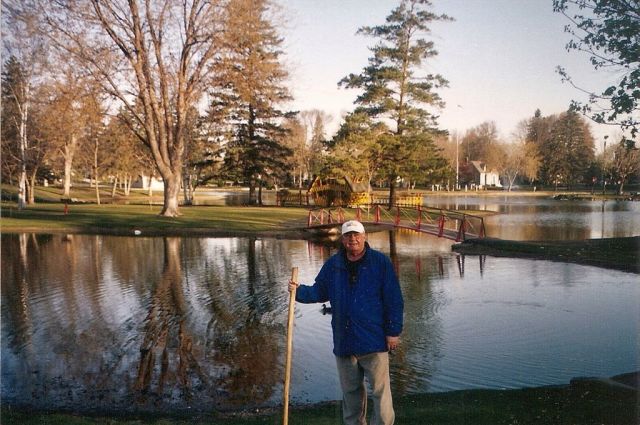 Bob’s wife Vivian called me the DI (Drill Instructor) for what Bob called our Bataan death marches.  Particularly onerous day walks included Broadway from Big Ole to the interstate and back on Highway 29 (with side streets); the southwest industrial park area (36th, Nevada, and Highway 27); the trifecta of County Roads 22 and 44 and Agnes Blvd. (but included the delightful Van Dyke Road); and Highway 27 to Geneva Beach and back through Victoria and Runestone Heights (Bob’s least favorite because of the hills).  We were surprised to discover there are still a number of dirt roads within the city limits.  Not surprisingly, the Highways 27 and 29 were the least fun to walk – as were McKay Avenue and Geneva Road, both because of traffic speed and lack of walking shoulders.  We were also amazed at the number of ducks and rabbits in yards on the city grid. 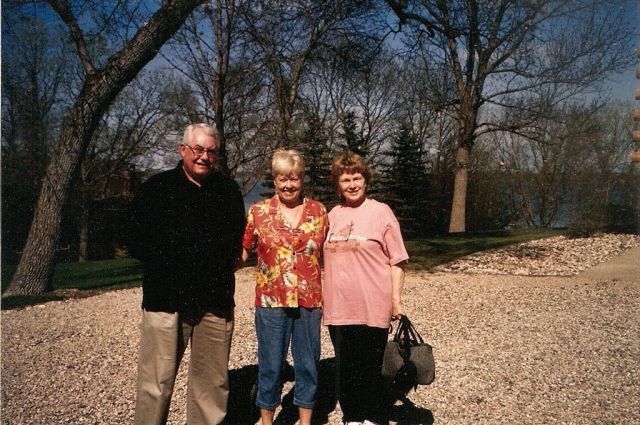 We “trained” for our adventure by mall walking an hour a day over the winter.  And on a few occasions after our morning walk, we would also walk 18 holes of golf later in the day – which, of course, begs the question, “Why do these chaps still appear to be on the husky side?”  We are convinced that exercise has absolutely nothing to do with weight loss – that we have been lied to all of these years.  We know there are actually only two ways to lose weight: by starvation or amputation. 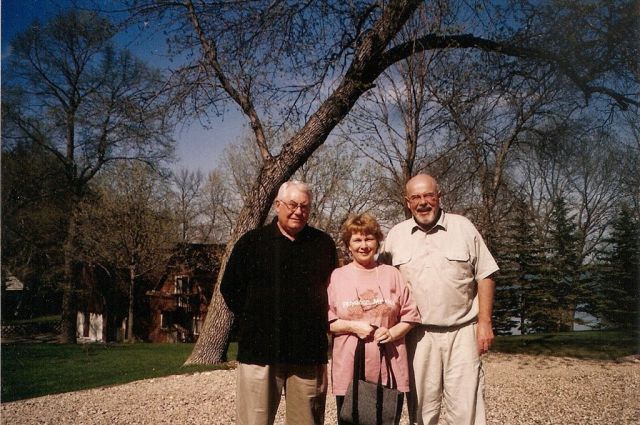 [Published by Echo Press, November 7, 2007]  Glorious bread . . . the staff of life. This fundamental of human existence was brought to mind again in the recent Jeffersonian article [printed in the October 24 Echo Press] about our high school’s German exchange students who lamented they couldn’t find good German bread – hard bread – in our community. I just want to tell those students – you are not alone!

What follows is not for the faint of heart. Children should probably leave the room. And always remember – this is just one person’s opinion and you are always free to disagree. But the number one premise of human gastronomical endeavors should be – good bread is a dangerous weapon if used as a projectile.

There is an expression that goes back to biblical days called “breaking bread.” Although the expression generally means dining with friends, it reflects the idea that bread was made to be broken – that the breaking of bread should send crumbs flying in a mad dash for freedom. After breaking bread there should be a need for vacuuming – both of yourself and of your surrounding 10-foot radius. And then you should have to empty the bag. You can tell a good restaurant if its staff carries crumb tools – indicating they have a need to clean tables of residue from previous diners breaking bread. Unfortunately, you can’t break much of today’s bread – you can tear it, peel it, fold it, use it to plug leaks in your boat – but you can’t “break” it.

Before it was Weston Station, it was Sonny’s; before it was Sonny’s, it was Carl’s Fireside Steakhouse. Carl’s used to feature a poppy seed hard roll – when you broke one, crumbs would fly like snow inside a Christmas snow globe when you shook it. They were also the best dinner rolls I have ever had in my life. I haven’t found them anywhere since – but I still have delicious dreams about those rolls to this day.

Most Alexandrians prefer soft bread – local food merchants would not stock it to the exclusion of just about everything else if that was not the case. All we ask – as a friendly gesture to our German students – is to throw us a hard loaf (though not too hard, please) occasionally. 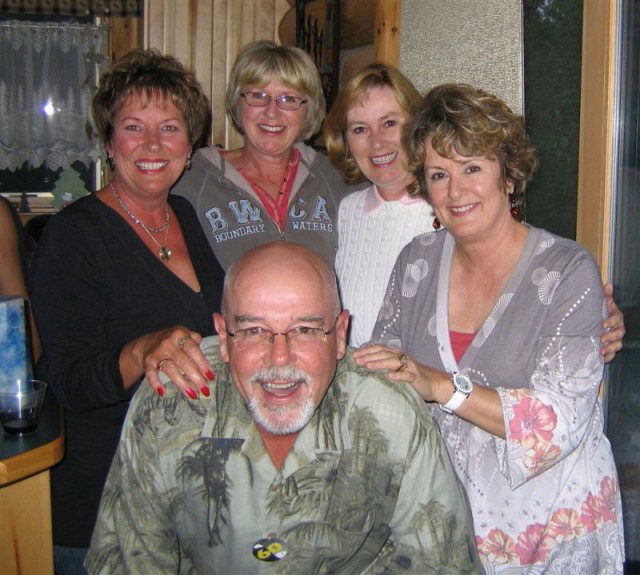 The birthday boy celebrates with his classmates . . . naturally, many asked if they were my daughters? ~ The editor, 9-9-07

[From June 9, 2007]  While driving home from Minneapolis this morning, having attended niece Katy’s graduation party the night before, we got as far as Albany when we decided – “enough of the same mindless blandness of I-94, let’s turn off here.”   So we did . . . and we encountered some charming, tree-lined, hilly, twisty roads of rural Minnesota.  Then somewhere north of Big Birch Lake, between Ward Springs and Grey Eagle (OK, about 10 miles east of Sauk Centre, boyhood home of Sinclair Lewis, home of the Mainstreeters . . . but I digress), we rounded a bend in the road and came upon this!!  Proof positive that this planet has been visited by extraterrestrials, and probably in the not too distant past!! 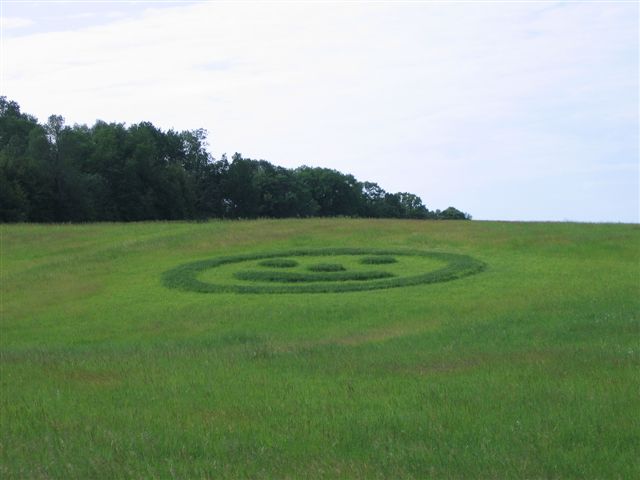 Ruthie & I had a Friday night date tonight.  Actually, they have become such a rare event (we generally like to be in our robes and clutching our shawls by 6:00 pm) that they are quite special.  Ruthie has been wanting to see Failure to Launch for some time and this was the last weekend.  First, we had dinner at Weston Station – somehow they still remembered us and didn’t chastise us for being such irregular customers.  Then driving from Weston’s, we witnessed the Gargantuan that Alex is becoming . . .

Taking the back roads, we discovered two new housing additions on the west side of Lake Victoria, and then the monster housing addition going in on the NW side of Lake Burgen.  When we got to the movie theaters, which have been under expansion construction all winter adding two new theaters for a total of nine, there is new additional construction across the whole front for a total renovation of the entrance and concession areas – and the parking lot was so full, cars were parking in the grassy field across the street to the south (I should also note that the Garden Center parking lot, across the street from the theaters to the east, was also totally full even though it has a capacity of about 60,000 cars).  So . . .

we had to stand in a long line behind a bunch of high school girls who were taller than I am and all wearing more eye makeup than Grace Slick in her heyday.  After the movie, we emerged into a parking lot convulsing with juvenile teens in full (well . . . full of themselves) – a lot of high-pitched screaming and chasing around (how do teachers do it??).  Ruthie and I somehow zig-zagged our way to the car – and pledged that if we were ever going to do it again, we would call Rainbow Rider.

[A response, April 24, 2006]  Tom and Ruth:  Nobody over the age of 18 goes to the movies on a Friday night!  They make matinees for the likes of us old people.  Hopefully this has been helpful to you.  ~ A concerned citizen

[Blue – Internationally-famous photo taken of the straight-above sky during the 2007 Resorters Golf Tournament.]