After a night at Black Bear Casino, just south of Cloquet, we left the shores of “the big lake they call Gitchi Gummi.”  [Editor’s note: The casino orginally had placed us in “smoking permitted” rooms.  That, of course, was in direct contradiction to the supervisor’s reservation requests.  By the time the supervisor was “finished” with them, we, and Bill and Anne, had two room suites with two TV’s, with doors that opened into the hallway and, at the other end, directly onto the swimming pool deck – at the same price!  😉  ]  Our first stop that morning was at the U.S. Hockey Hall of Fame in Eveleth.  Of course it was closed.  Its hours of operation are for two minutes on alternate Saturdays.  I believe it is to be moved to the Twin Cities – or where the people are!  At least Bill is a hockey fan – as a native of Altoona, PA, he can cheer for “Sid the Kid” as a Pittsburgh Penguin fan; and as a resident of the D.C. metro area, he can cheer for Alex Ovechkin and the Washington Capitals.  Eveleth was on the way to the Iron Range (or “Rainch,” as the natives call it) – first through Virginia, then Chisholm with the Ironman Memorial, then Hibbing . . . 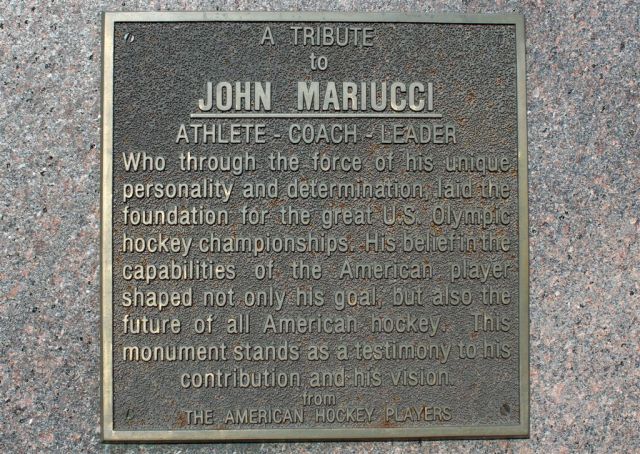 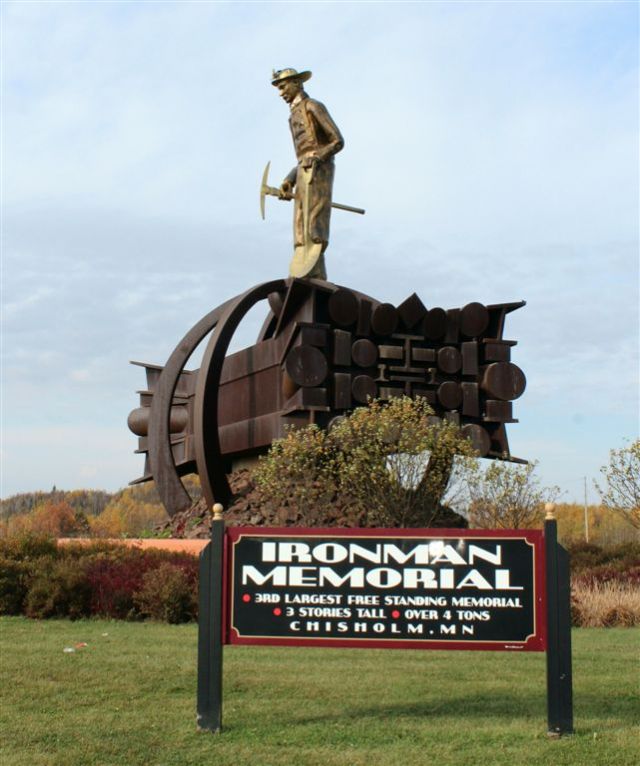 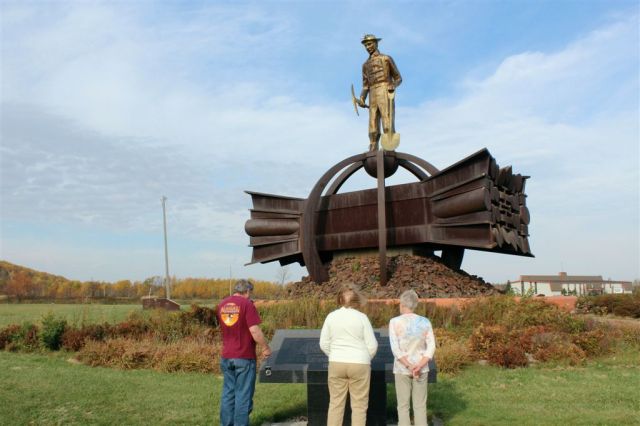 Hibbing – the home town of Bob Dylan, Kevin McHale, and Ron Rebrovich (Alexandria Golf Club pro); the birthplace of Greyhound Bus; home of the Hull-Rust-Mahoning Open Pit Iron Mine, the largest such operating mine in the world at more than 3 miles long, 2 miles wide, and 535 feet deep; and a classic high school built at the peak of iron ore mining. 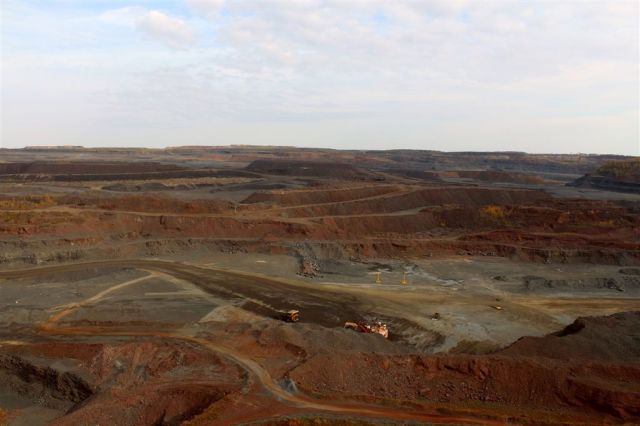 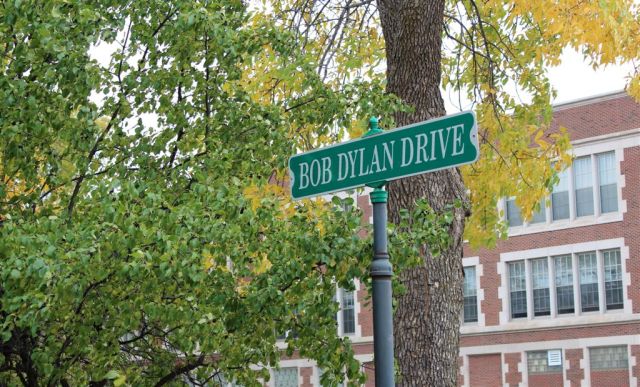 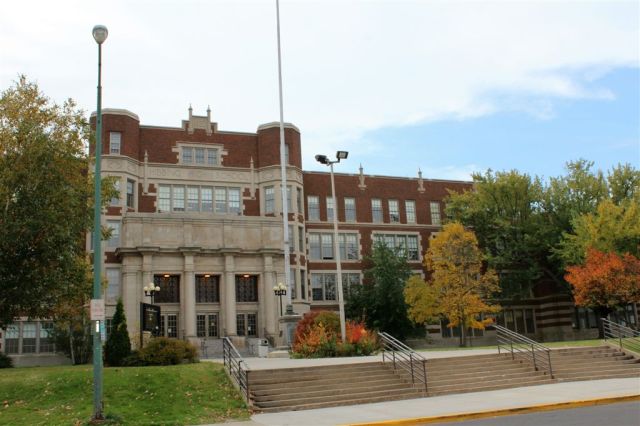 Grand Rapids is the birthplace of Judy Garland.  (On the way up to Duluth, we went through Little Falls, the home of Charles Lindbergh.  That’s the end of the Minnesota name-dropping – well, at least until we get to Bemidji and Paul Bunyan.)

Bemidji, the first city on the Mississippi River . . . and Paul Bunyan and Babe, the blue ox; and Bemidji State University on one side of Lake Bemidji, and the hockey arena/convention center on the other side.  Bemidji is also known for its curbside statuary.  On our last visit, there was some controversy over beaver statues (Bemidji State are the Beavers, BTW).  They have been sold now and here is a sampling of the current crop. 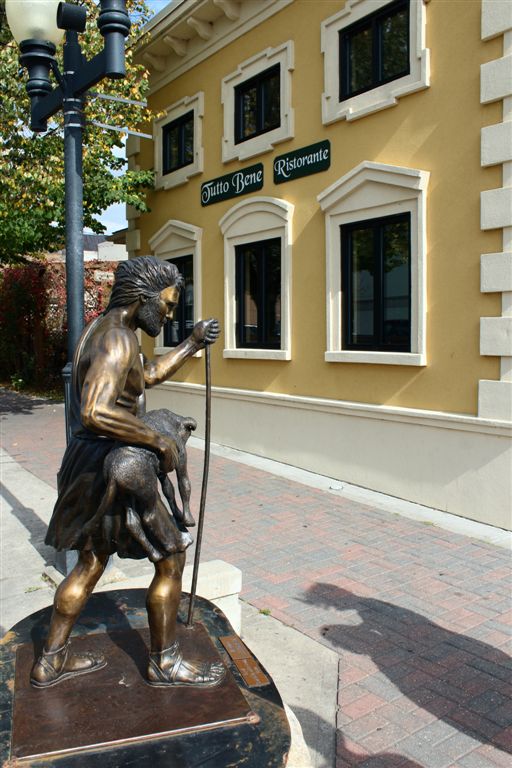 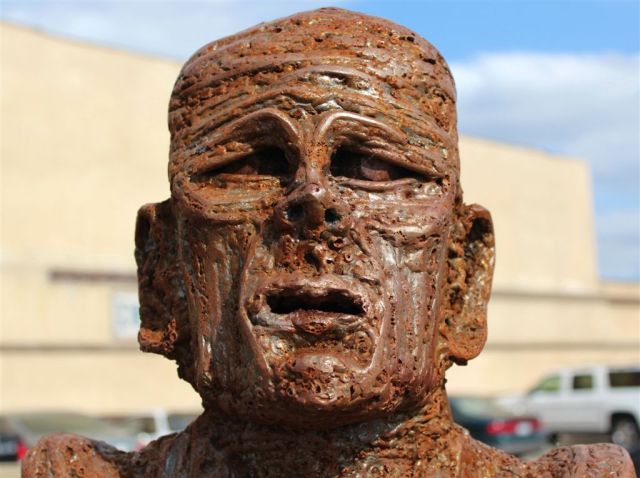 [I believe it was called “Anguish,” maybe “Agony”?  I will find further uses for it.]

Finally, we dropped the supervisor off 9 miles north of Itasca State Park – at the kids’ pole barn (see previous references to such, to include our old front door). 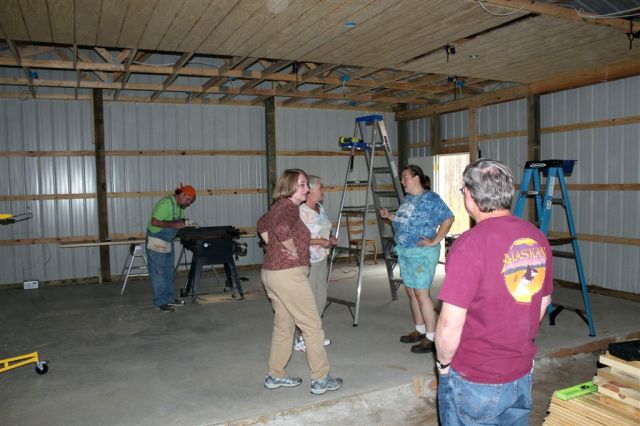 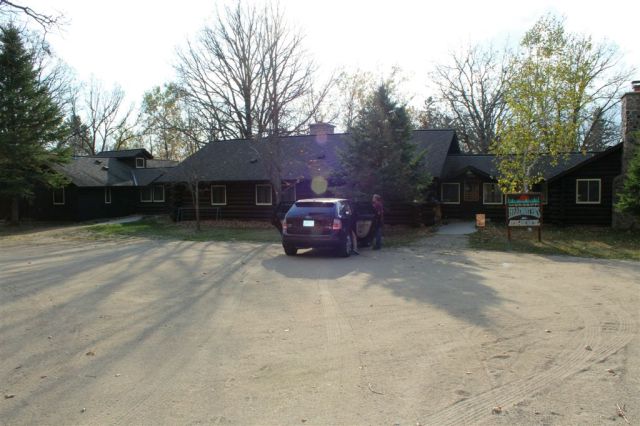 In their own words, Jami and Ruthie describe activities there:

Hi, all.  Several of you have asked how my working vacation was so here’s some photos of our work.

First one is our ceiling almost finished in the living quarters end of the pole barn.  Then a photo from the barn side and then two from the living quarters side of the dividing wall.  We have wiring runs in place and, as you can see, lots of furniture already!  My Gramma’s condo in Alexandria is selling and Mom wanted all the furniture moved up to our place.

This was an ambitious project and we really feel good about all we accomplished.  The boys will go up for spring break and finished the wall boards, install outlets and maybe get in our heating stove.  We still have a ways to go but hope to have something pretty livable for vacations by next fall.

Oh, and one last photo (a few of you were interested) of our “facilities”.  The box is for the sawdust…

Here is the deal with the Hostel/Inn.  You know what a hostel is, right?  It is an inn where people stay for little money because you give them towels and bed linens and they make their own beds and cook their own meals in a community kitchen and use toilets/shower in a common area segregated for women and men.  Anyway, there is a hostel at Itasca State Park.  That is where Jami & Danny stay when they are working at their property.  It costs about $20 a night per bed.  Since Jami, Danny & I were taking care of the hostel we got our beds for free that weekend.  So we managed the inn and checked guests in and gave them their bedding linens and towels, etc.  The inn usually is run by a person who works for the state park.  You would love it because folks living in hostels share common areas and they generally spend their evenings together eating and talking around the fireplace.  Then they go to bed in sparse bedrooms that have only beds:  no TV, no radios, no clocks, etc.  Just basic rooms with beds.  Jami, Danny & I shared a bedroom and slept in bunk beds.  We all got lower bunks because we were in a six-person room.  So we worked for our rooms and kitchen privileges.

I hope you got my note.  I hope someday you and Mo can visit and spend some time at Itasca.  ~ Love Ruthie

Thus endth our trip.  Thank you for joining us.  Please do not forget to tip your flight attendants on your way out.

The reviews keep trickling in:

I’m a sucker for waterfalls.  I wish I had brought my camera along when Cam and I re-visited Two Harbors in July.  I thought it was rather crappy that the Two Harbors lighthouse is a B&B and therefore off limits to all except patrons.  The rest room in the gift shop is rather nice!  Did you stop at the Historic Two Harbors Depot?  I would have liked to have taken a few photos of the DM&IR Yellowstone located outside (although if you Google “Yellowstone 2-8-8-4” the Wikipedia entry has a picture of the it).  ~ Rog

Jason Davis and Ron Schara have nothing over you, loved seeing Gooseberry Falls and lots of MN and Ann and Bill also.  We head west tomorrow, come visit, and will be back in May.  Looking forward to seeing winter through your eyes.  ~ Beryl and Don

Tom,
A propos the North Shore and Grand Marais, I don’t know if you’re a David Housewright fan (he’ll be at the Library tomorrow the 18th), but his novel just out is entitled Highway 61.  Excerpt from the first chapter: “I had hoped to lunch there on a fresh herring burger at a cafe with the unlikely name of the Angry Trout, only the cafe was closed.  However, a bakery with the even more implausible name of the World’s Best Donuts — which just might, in fact, make the world’s best donuts, was open.”  He had me right there.  (Actually, the worlds best donuts were made in the original Krispy Kream shop in Winston-Salem, just off Stratford Boulevard before they went national.)  Anyway…. ~ Jim