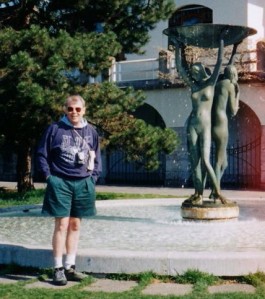 Next up was Gooseberry Falls State Park.  I would guess either this or Itasca would be the most visited state park – I’m not feeling up to doing the research.  Anyway, after the driest September in history, the flow over the upper, middle, and lower falls wasn’t up to its usual snuff.  But it’s still a great walk just to hike the all-around good trail.  It’s unfortunate I didn’t get a photo of the park sign, but then I’m not a professional. 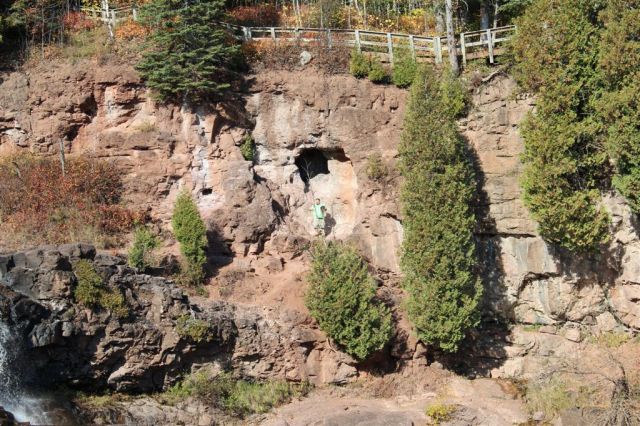 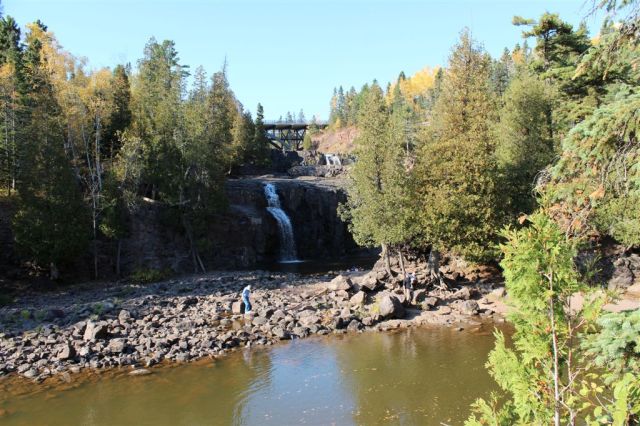 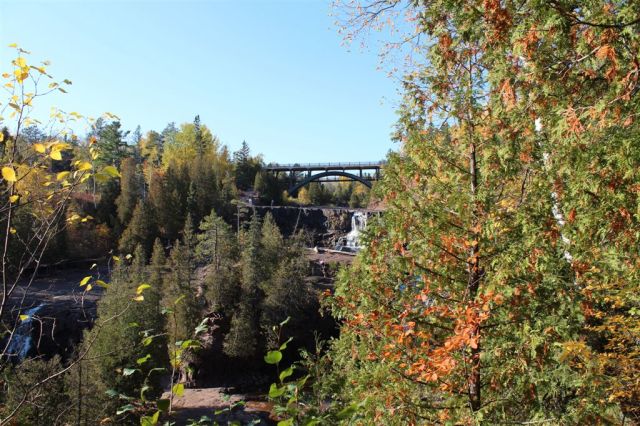 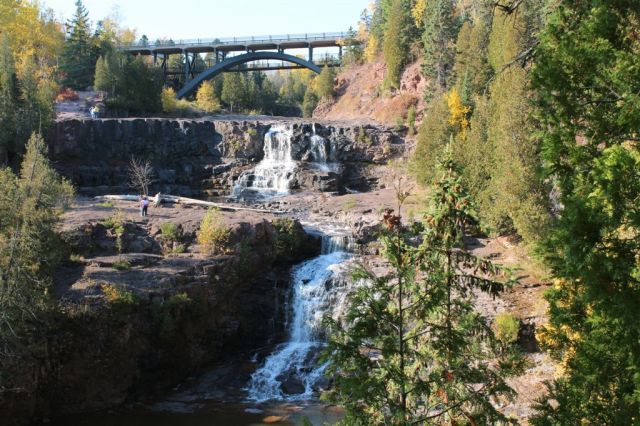 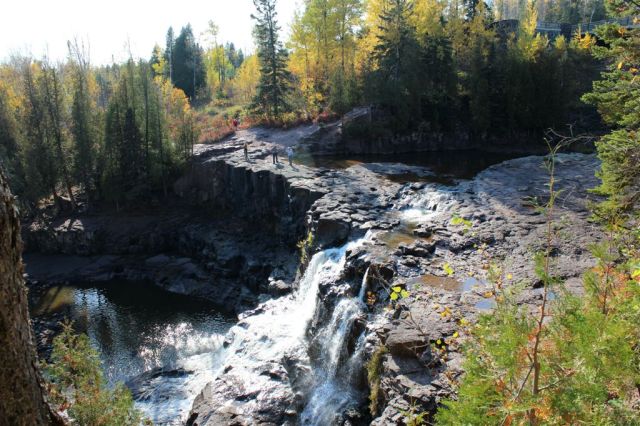 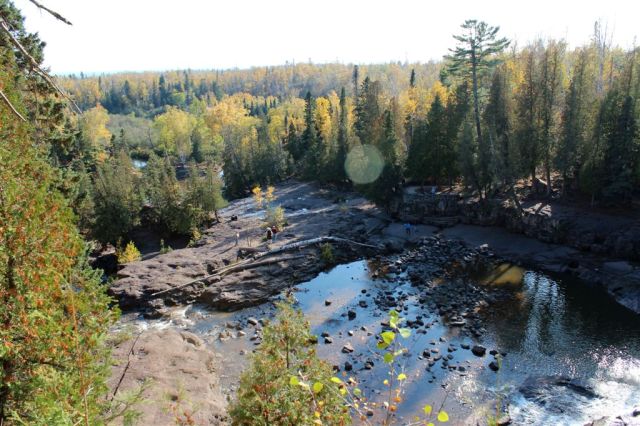 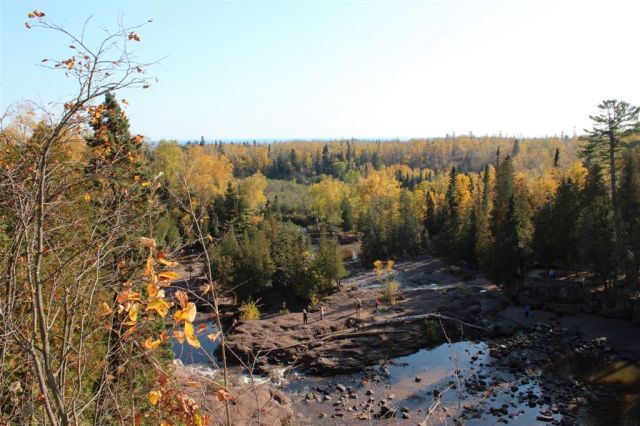 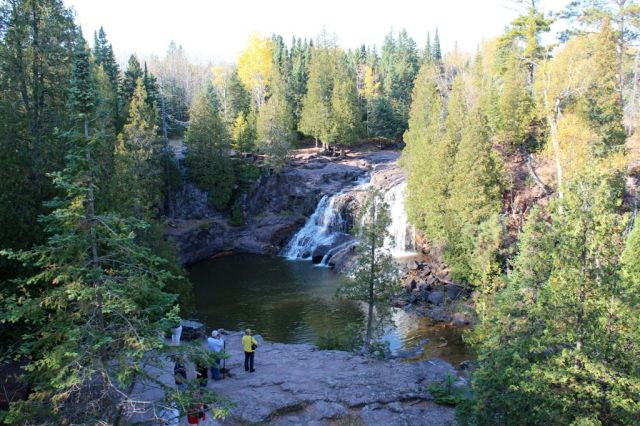 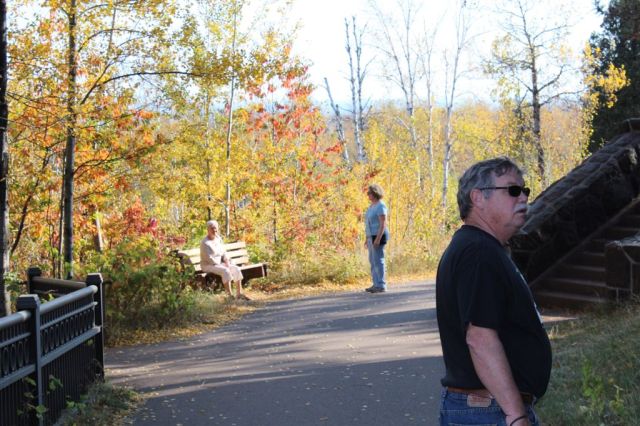 Two Harbors would be our penultimate stop on the North Shore.

[Never, EVER pass up a restroom;  if it’s a “clean” restroom, sing Hallulejah, the Handel, not Cohen, version!] 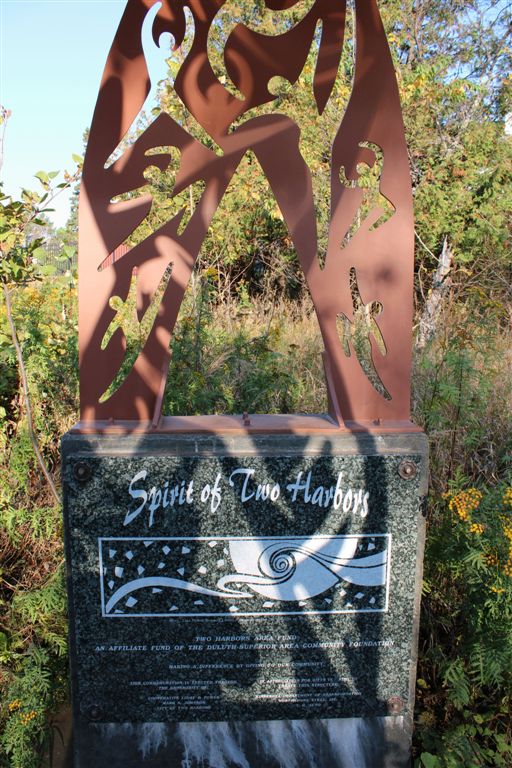 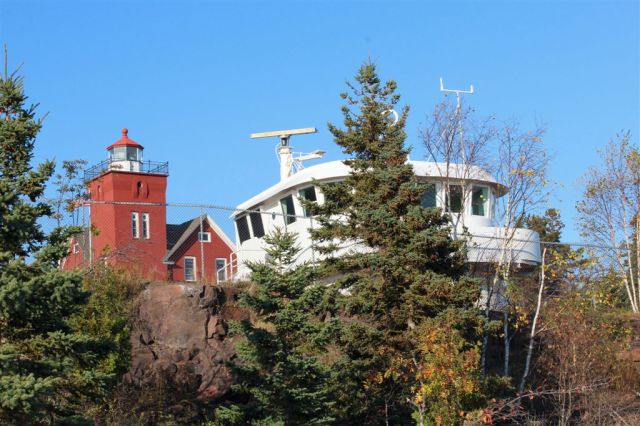 [Assuming where the ore boats took on their taconite loads.  They’re ginormous!]

[At some point in the not too distant past, Grandson Tom and I ran into the Two Harbors girls’ hockey team in-line skating off the breakwater.]

And finally, a brief respite in Duluth – at Grandma’s, sponsor of the internationally-known marathon. 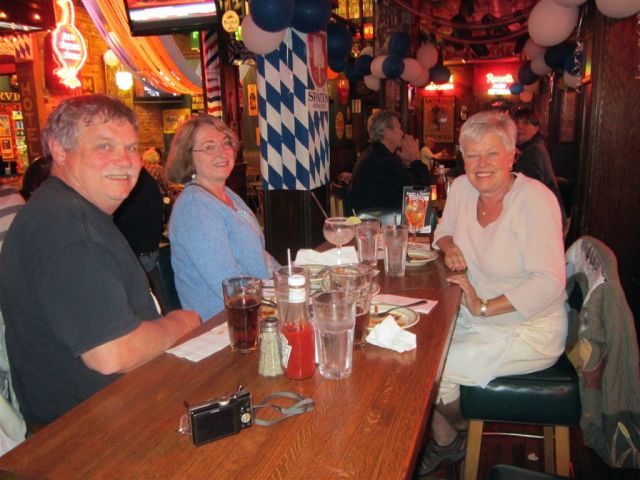 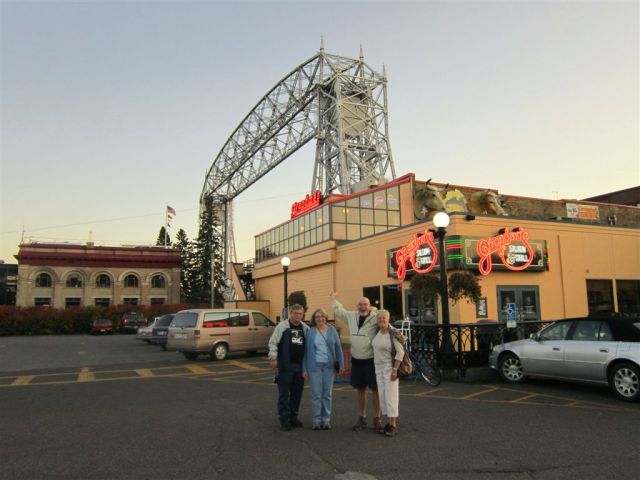 From here we went inland.