How I Spent My Summer Vacation (Last 2 Days!) 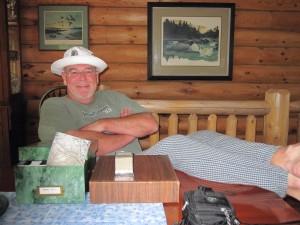 Yes, vacation finally did come to an end.  It was time to head home and ease back into the rigors of retirement.  The penultimate day began as had all the others.  Beautiful morning at waterfront as we prepared for the lake swim (yeah, I jumped the gun by a day) – not to do it, but to cover it.  It’s one mile across the lake, and the camp sends the pontoon with staffers as a lifeline.

[The spectators – a young college-age swimmer can be seen off the end of the dock finishing in under 15 minutes, as I recall.  The rest float in at various times up to 45 – 50 minutes.]

[Heads bobbing in the distance.]

[The Biddies’ respective eldest offspring prove themselves eligible to be honorary Oberts!]

We interrupt this reverie for a brief interlude.  Camp features almost daily field trips to the surrounding area.  The previous day featured a trip to Hennings Cheese, makers of the largest cheese wheels in the country (well, it is Wisconsin).  The supervisor and I had made this trip in previous years – this time the kids went: 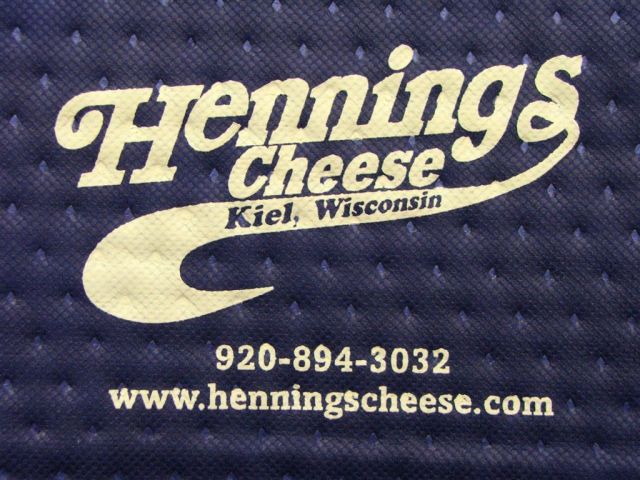 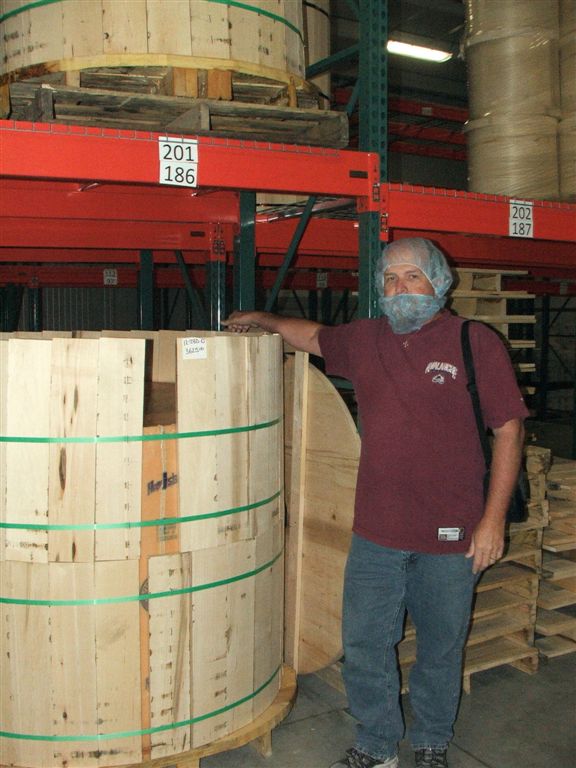 [Guess what the last evening’s theme was?  Arrgghhhhh!]

[“Yo-ho-ho and a bottle of sugar-free, caffeine-free, MSG-free some kind of pop.”] 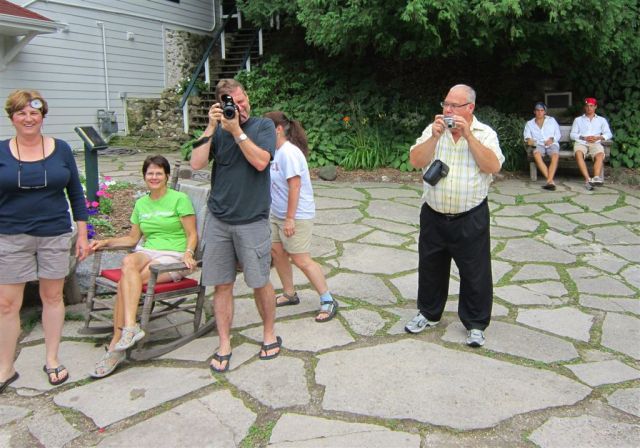 [People always take my picture when I drop my pants?] 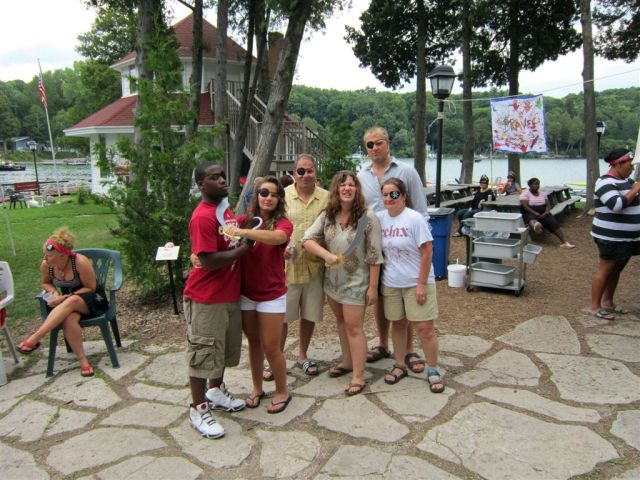 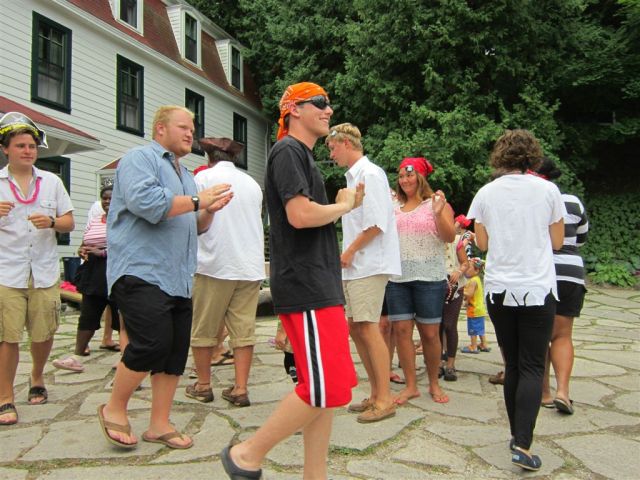 [Once school nurse of the year in Indiana!] 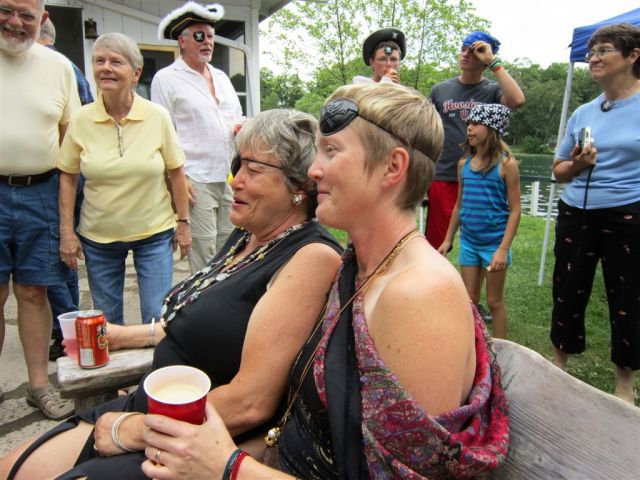 [With Beth, her eldest, computer scientist of the year in California.]

[The supervisor with her color-coordinated eye patch.] 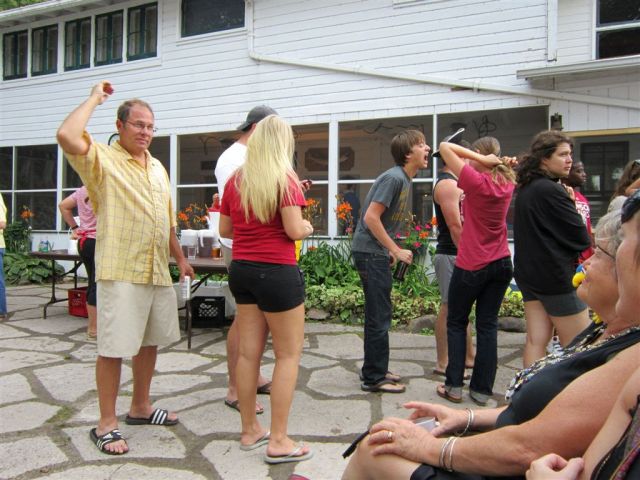 [This is staffer Sam Bohney (yup, rhymes with “Zamboni”).  He’d be a big hit here in hockey country.]

[Staff – their last night after a long summer of eight different groups of campers.]

[The Biddies last hurrah – our only rain of the week washed out the last night’s bonfire.]

[Our last morning – staff had already begun de-campisizing the camp.] 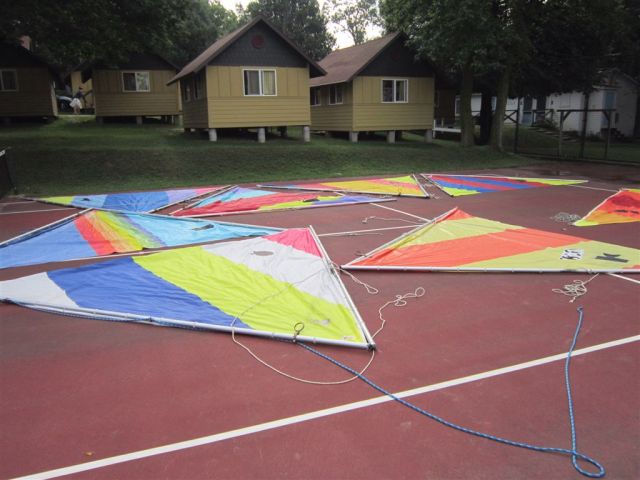 [We say good-bye to our home for the week.] 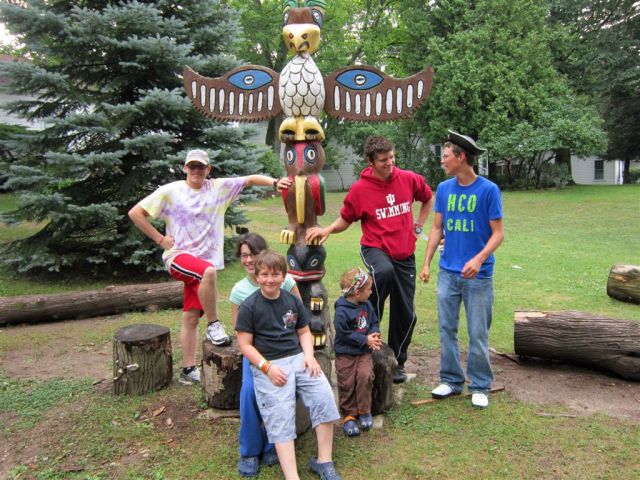 [The supervisor is not good at good-byes.]