So Long, Big Jeff, It’s Been Good to Know You! 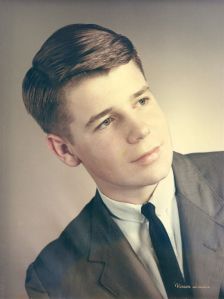 I had to drop by the school Wednesday night to pay my final respects.  After all, it was my school too.  On Tuesday the voters in School District 206 decided it was time for a new high school.  Jefferson had performed valiant service for our community for over 50 years, but its time had come.  It’s now a new time – a time to enter the 21st century.

Nervousness abounded for those of us in the “pro new school” category.  School referendums have had tough sledding in recent years.  Few were confident this measure would pass.  But not only did it pass, it did so in surprising numbers!  Many thanks to the voters in 206, and to those who made it all possible.

I drove to the polls Tuesday along West Lake Cowdry Road.  It was a glorious late September morning here in Vacationland USA – the kind of day the Chamber of Commerce dreams about.  I should have taken that as a good omen.  (It was such a great day that your correspondent then proceeded immediately to the golf course where he ran off 8 pars in a row on the back 9 – then double-bogeyed 18 for the sake of handicap.) 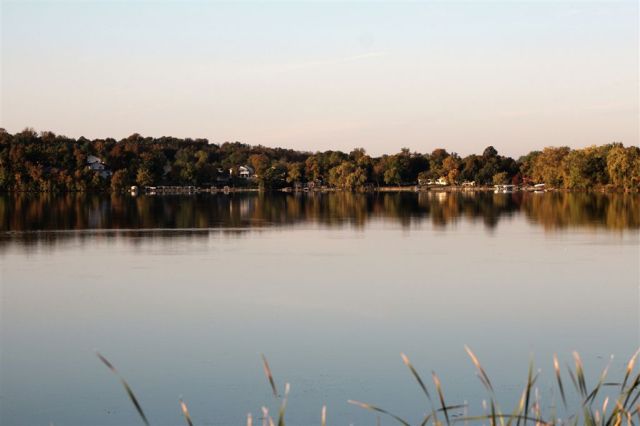 So, while we now look forward to the future with great anticipation, let’s take a few moments to revisit those glorious “school daze” of yesteryear. 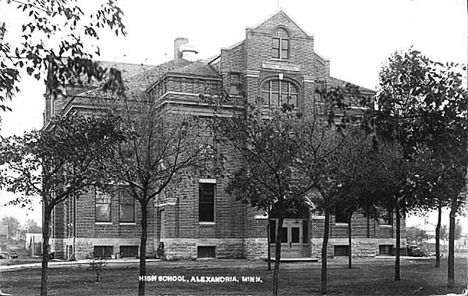 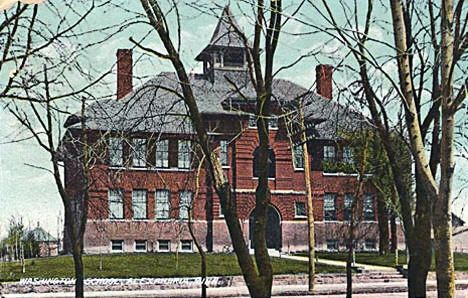 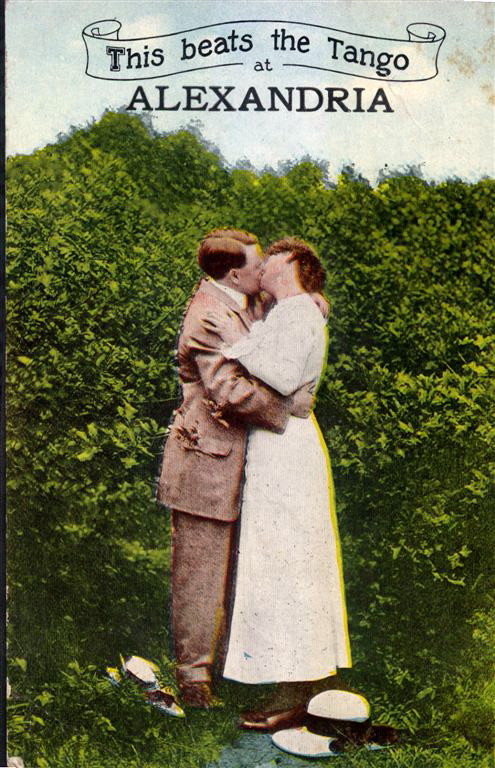 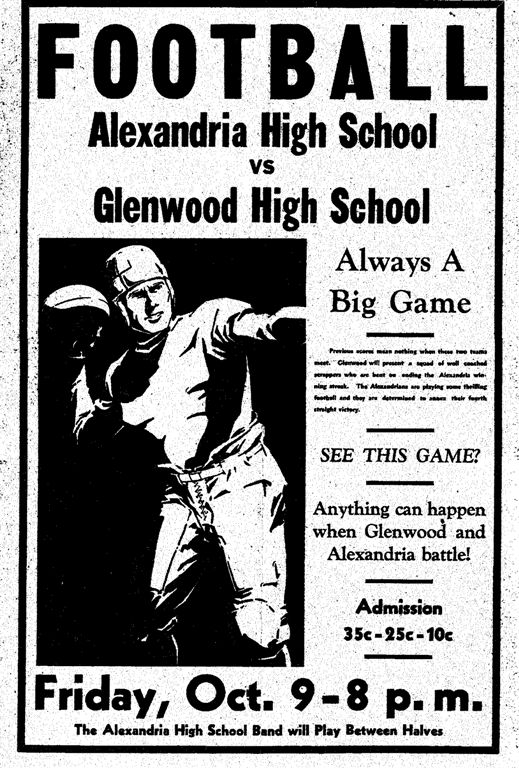 Meanwhile, back at mid-century – back when Jefferson was the “new school”: 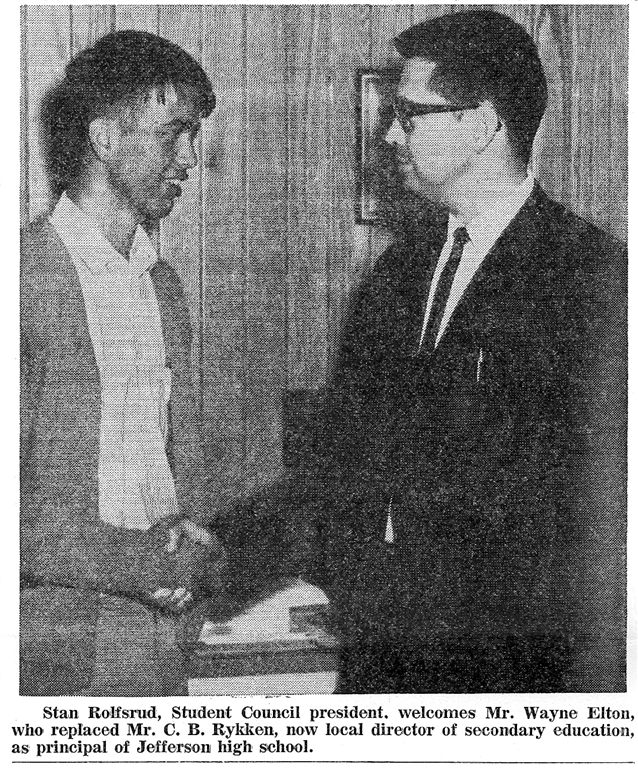 [Rolfsrud is now publisher and editor of the Class of ’65 blog; Elton is full-time emcee of the Hall of Fame induction activities.]

[Yes, we had homecoming even way back then!]

[I believe I voted absentee ballot – probably something to do with another skin outbreak.]

[Kathy today is generally just dismayed at the e-mails I send.] 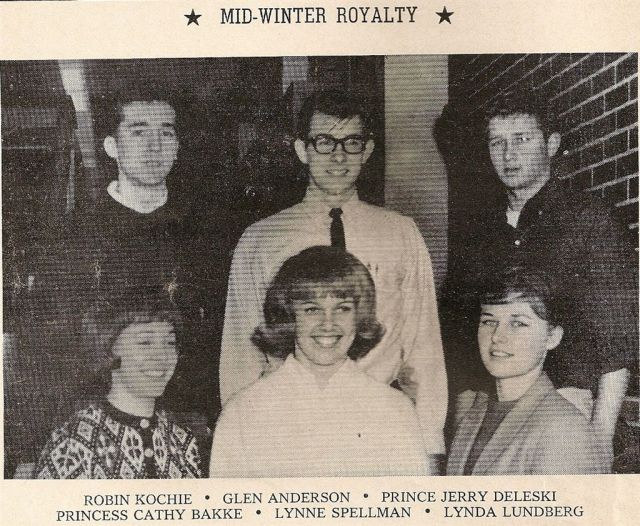 [Some of these people are still occasionally spotted in this area.] 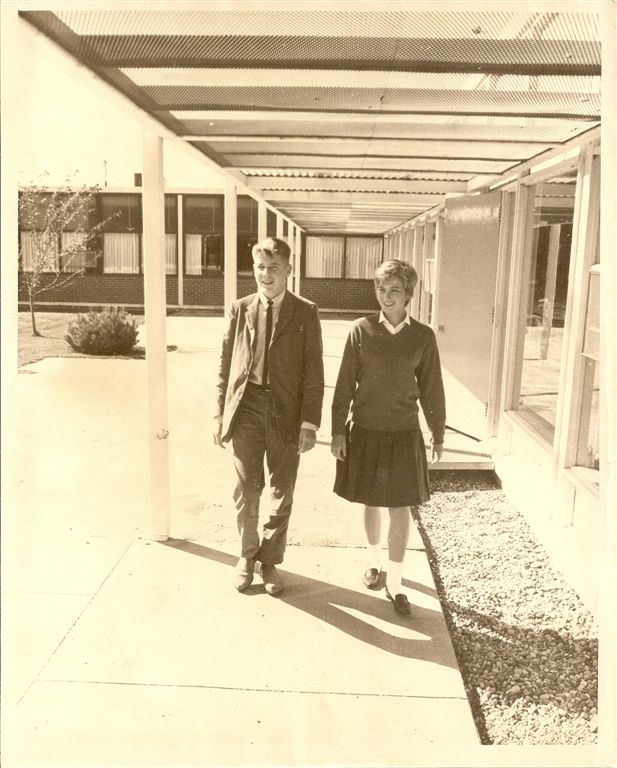 [Will the new high school have a central courtyard for photo ops?] 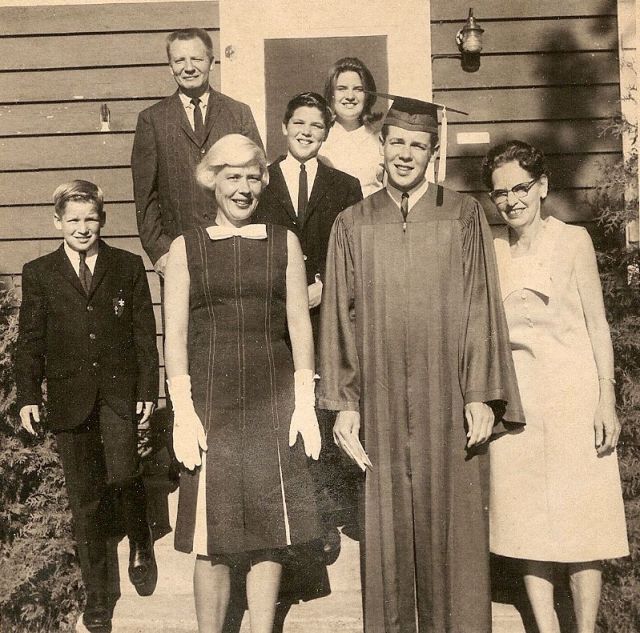 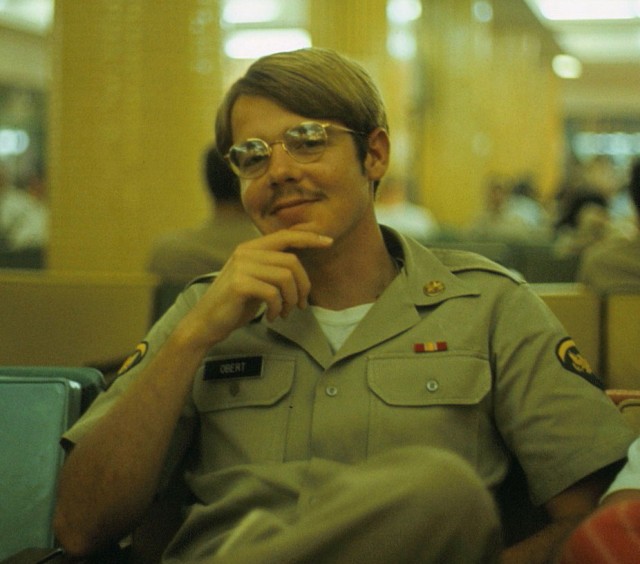 [And went on to bigger and better things (Kadena AFB, Okinawa, February 1972).] 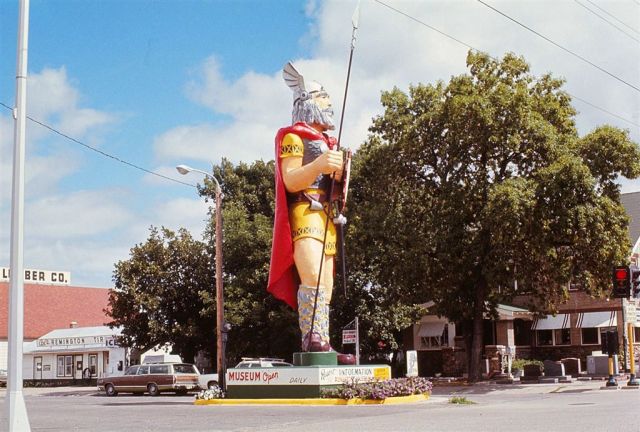 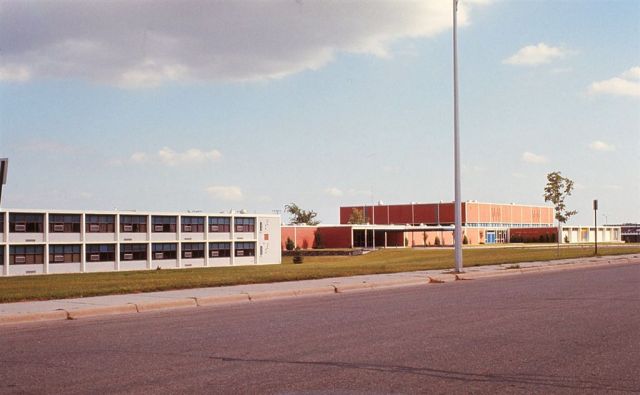 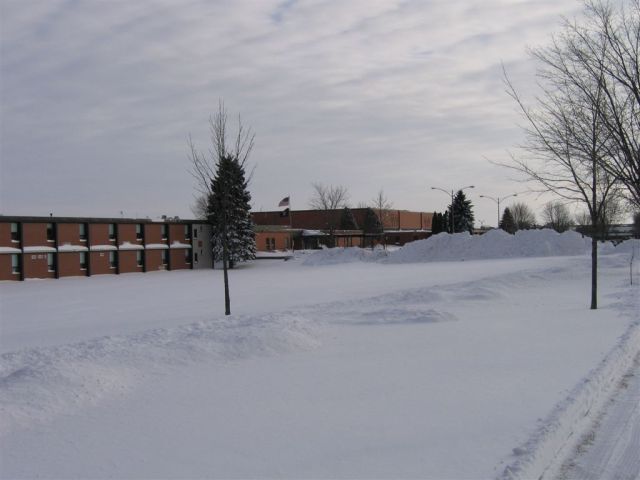 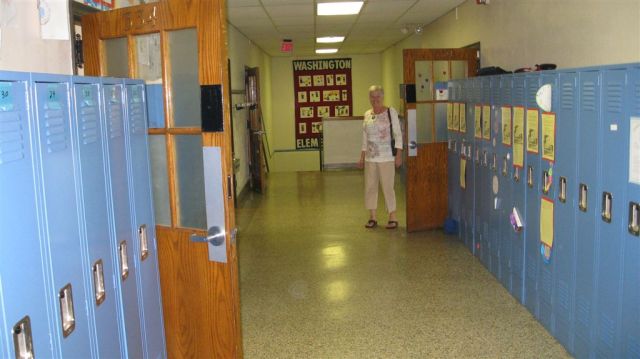 [A visit to Washington School in 2009 – it has now been displaced by Woodland Elementary and is fast becoming a condominium.] 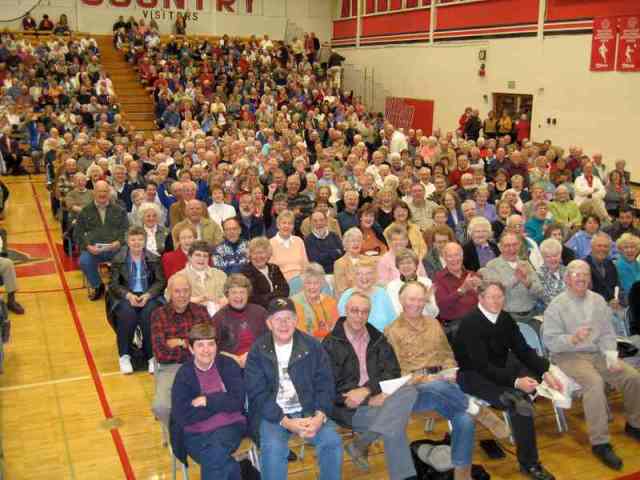 [We suspect the people above had a huge impact on the vote for the new school – they want an auditorium!] 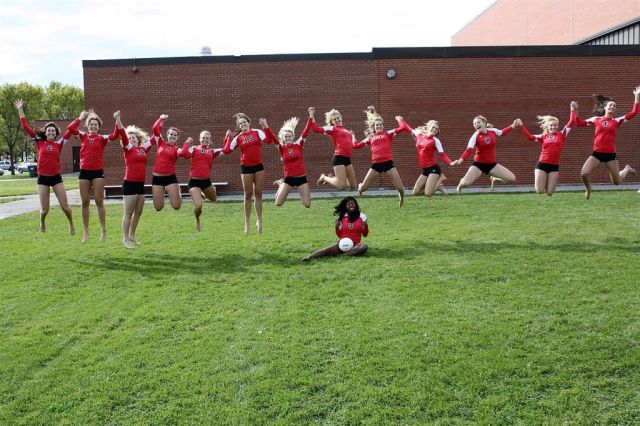 [Students jumped for joy at the election results.] 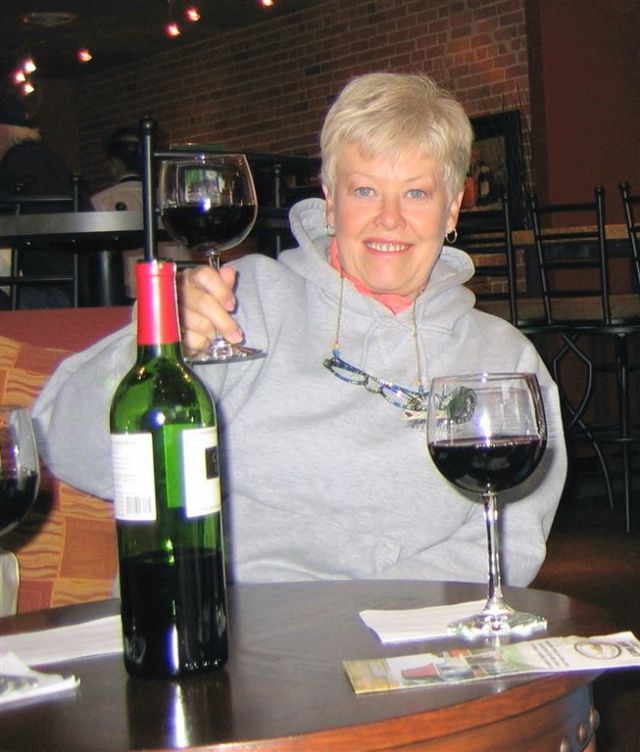 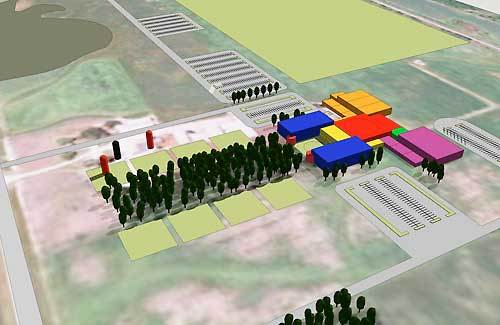 Acknowledgments:  All photos contained herein were taken by the publisher – except for those taken before he was born, for those in which he is a subject, and for those stolen from somewhere else.]

2 Responses to So Long, Big Jeff, It’s Been Good to Know You!