How I Spent My Summer Vacation (Day 5+*) 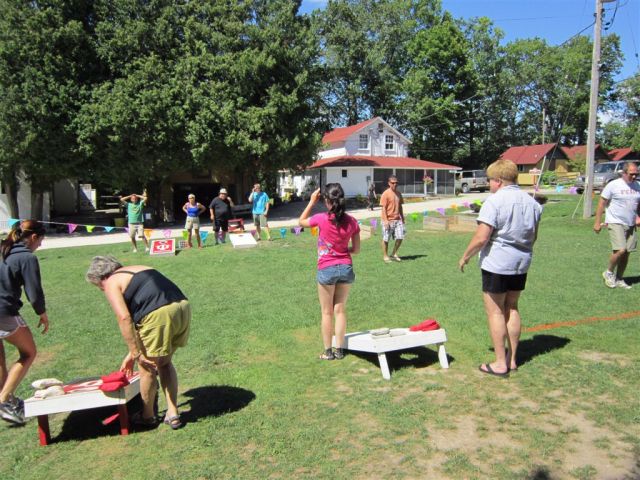 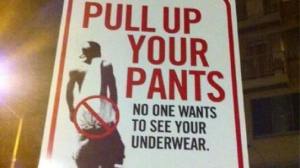 After circumnavigating the lake, activities for the day were just beginning.  I have to admit to bowing out in the first round of horseshoes – probably subconsciously throwing the match so I could get back to full and complete (if not fair and balanced) coverage.  Family and friends heartily competed in doubles cornhole.  I have no recollections as to who won what – no doubt skulduggery reigned!  Anyway, in the above photo, The Biddies were taking on a couple from Illinois; and Tommy and Karina were taking on the mighty duo from Fort Wayne, Scott and Vickie. 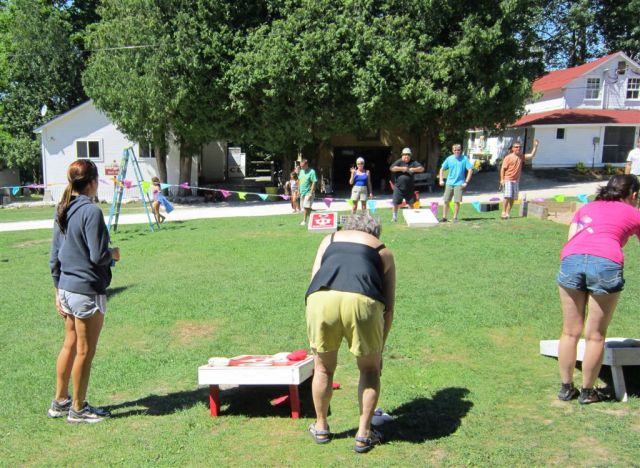 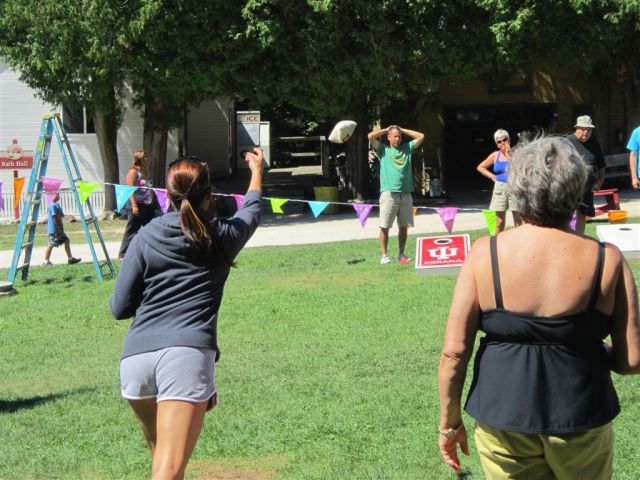 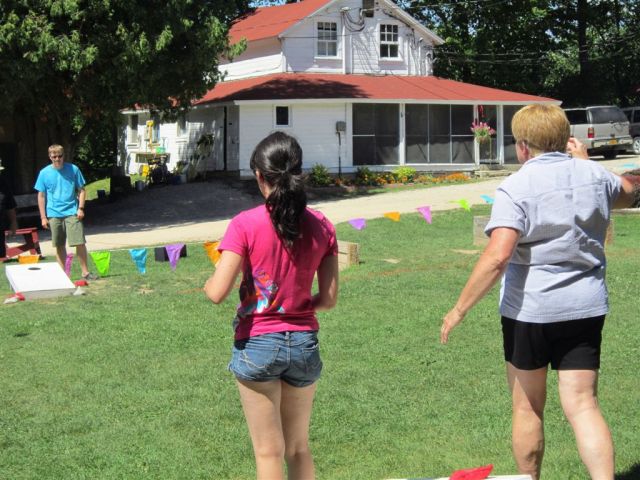 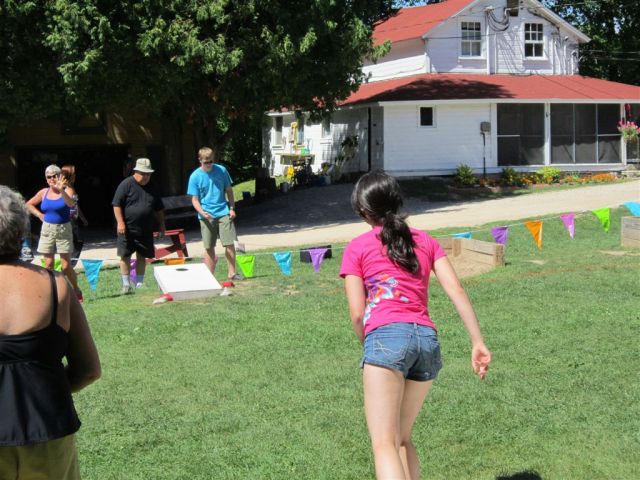 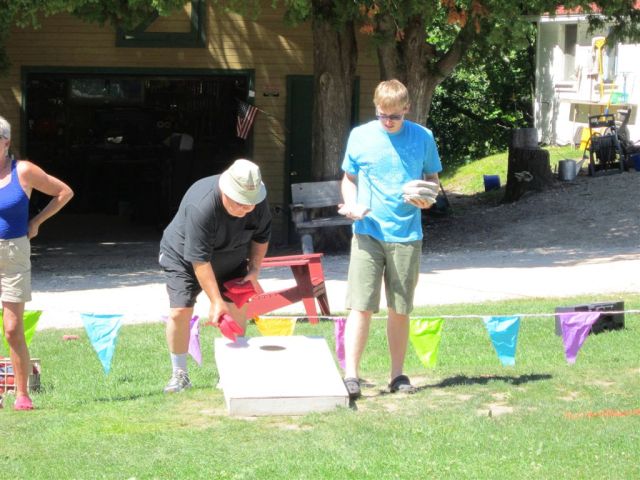 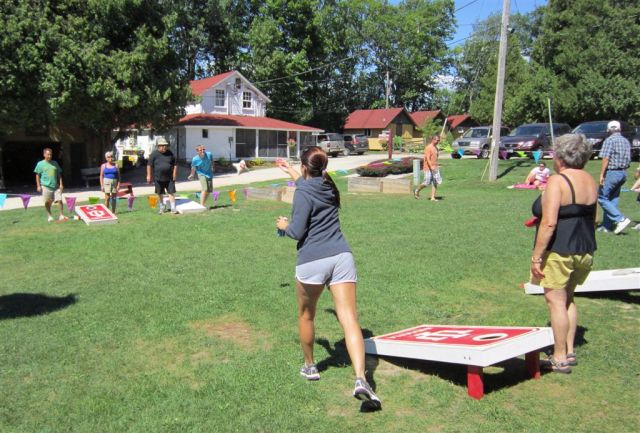 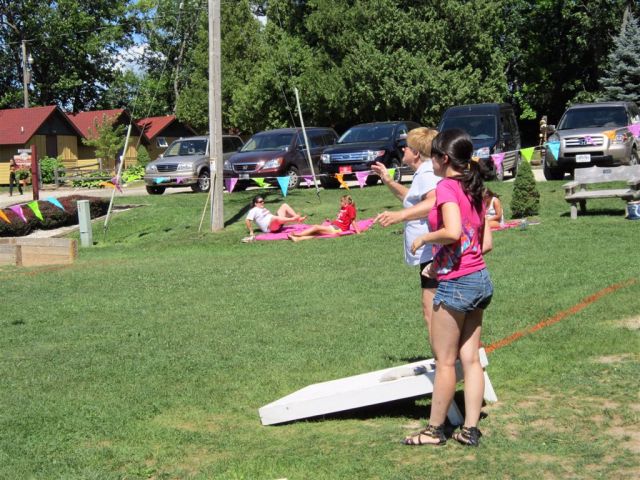 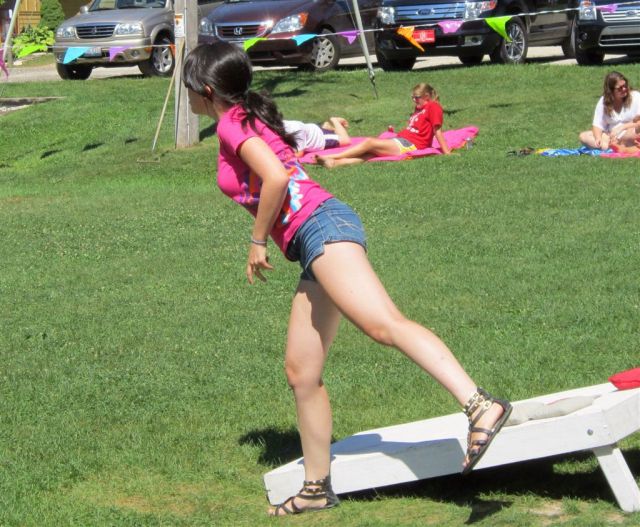 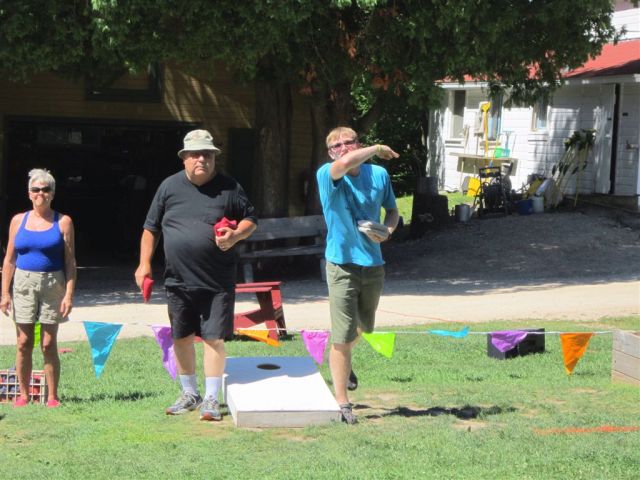 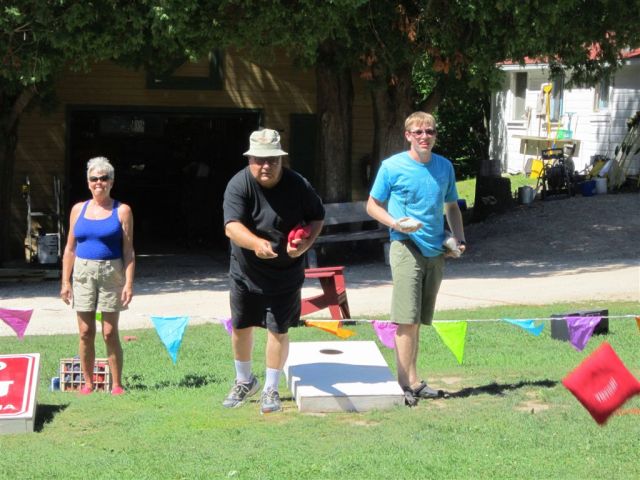 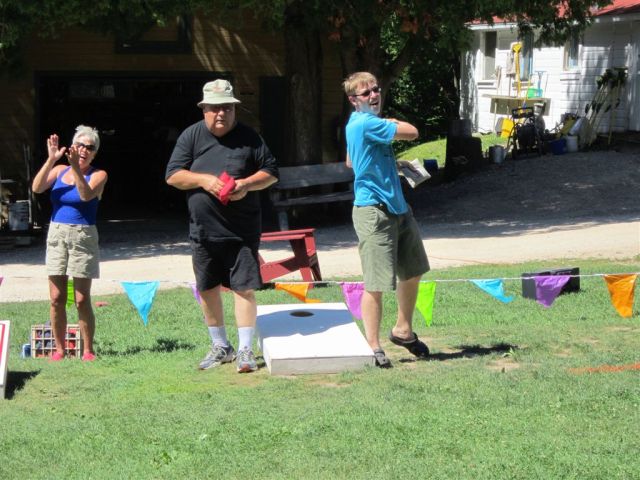 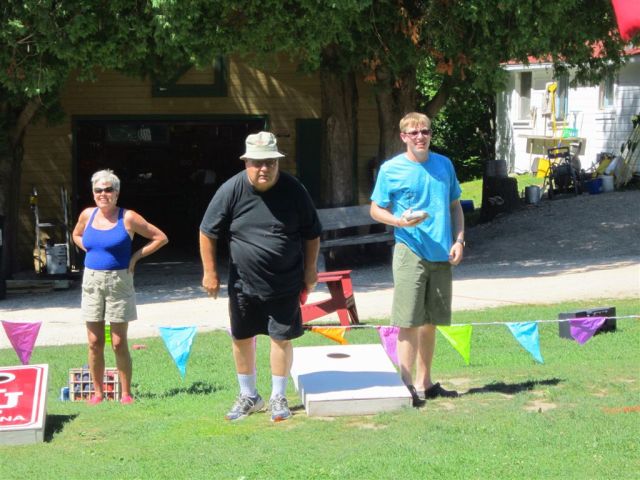 To my knowledge, there were no injuries to report.  Faculty Forum was, however, a presentation by a professional athletic trainer – I discovered I had maladies I wasn’t even aware of . . . and the cure for everything is ICE!  That evening Danny captured the full moon on waterfront. 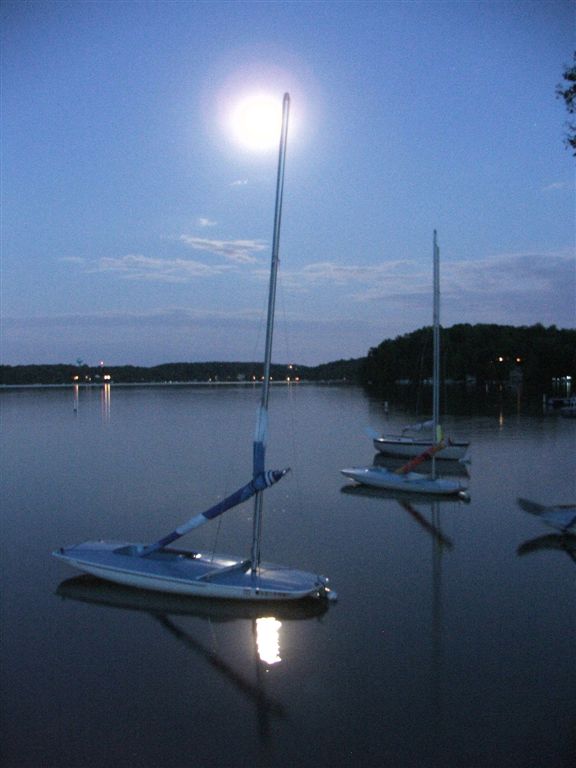 1 Response to How I Spent My Summer Vacation (Day 5+*)