How I Spent My Summer Vacation (Day 5*) 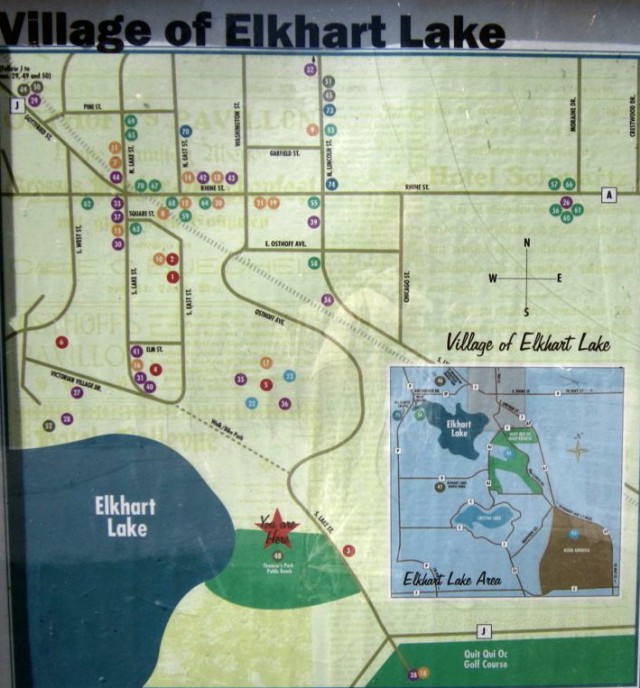 Elkhart Lake is the name of the town . . . and the lake.  Every year at Camp Brosius, there is a morning when all campers are invited to take the Lake Walk.  It’s a leisurely two to two and half hours amble around the 300 acre lake.  Unique to this lake, at least to those of us living on lake property in Alex, is that the path all the way around the lake (with a short exception) is on private property.  I cannot imagine that happening here – maybe it was an original by-law of the town?  Anyway, as a hiker it seems a bit intrusive – you’re hiking through peoples yards as they are gardening, sunning on their docks, whatever, and we generally just wave to each other. 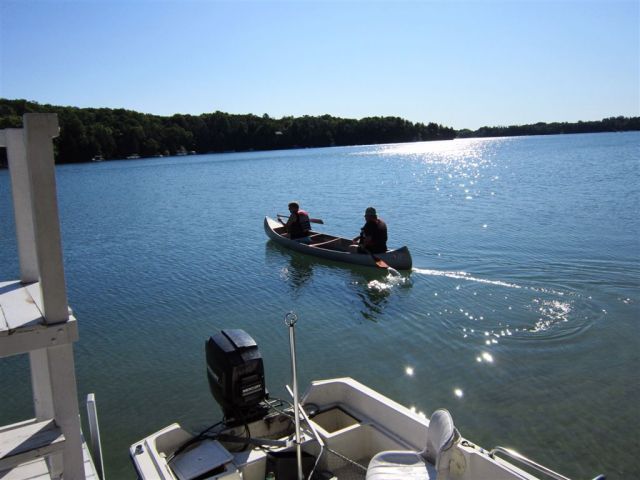 [As we left waterfront, Vickie and Scott were taking a canoe ride.] 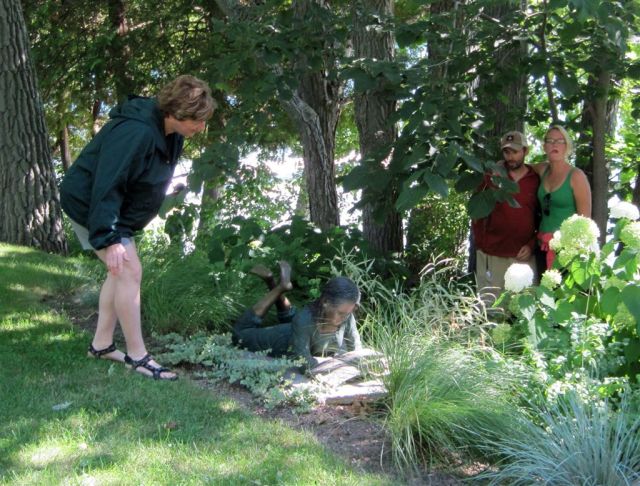 [One of the first lawns we wandered through had this lovely garden sculpture – I want one!] 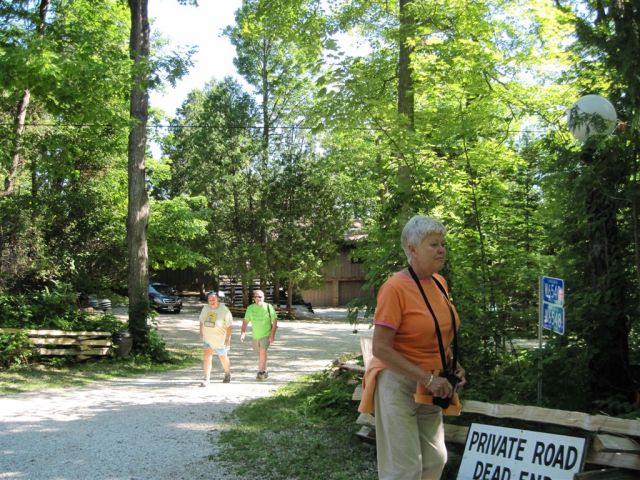 [Elkhart Lake was part of a road racing circuit.  It is now home to Road America.  Paul Newman once owned a home on the lake when he raced; we believe Tom Cruise still does.]

[Danny and the supervisor discovered an old Norse ruin . . . or is it an old ruined Norse?] 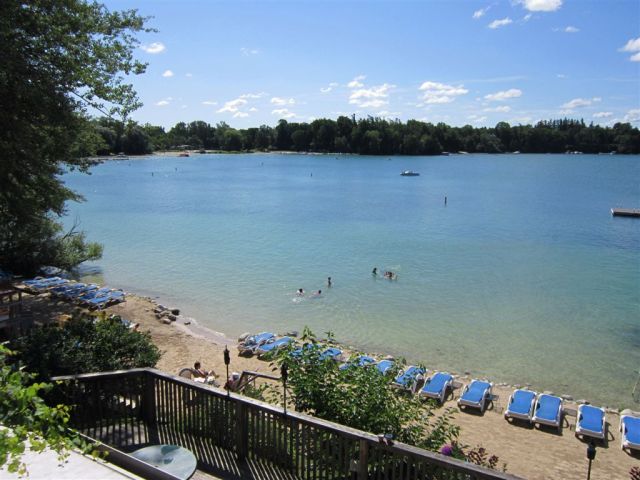 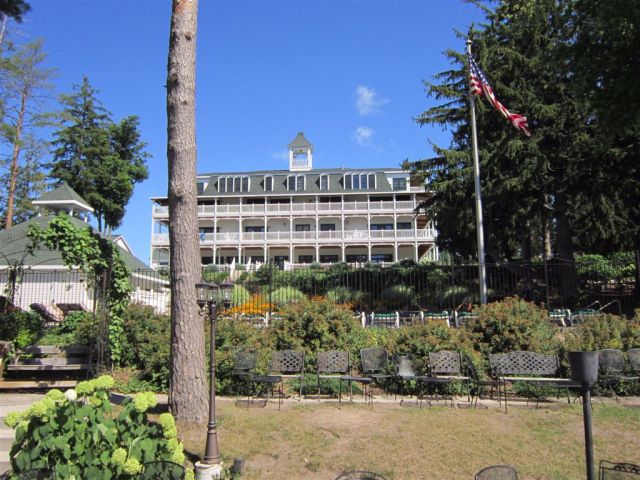 [Again, while out and about, THE most important sign!] 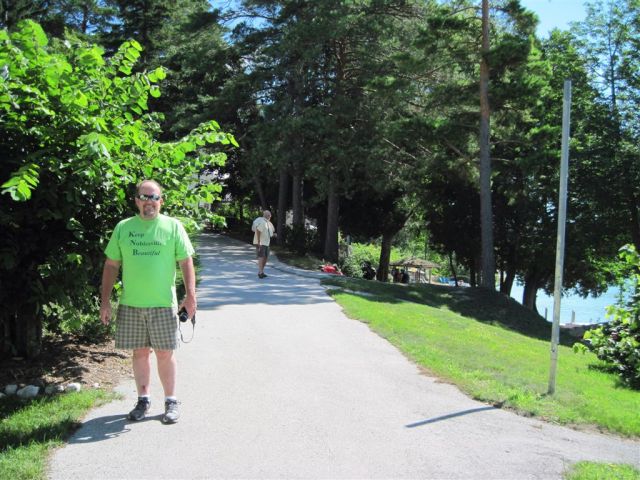 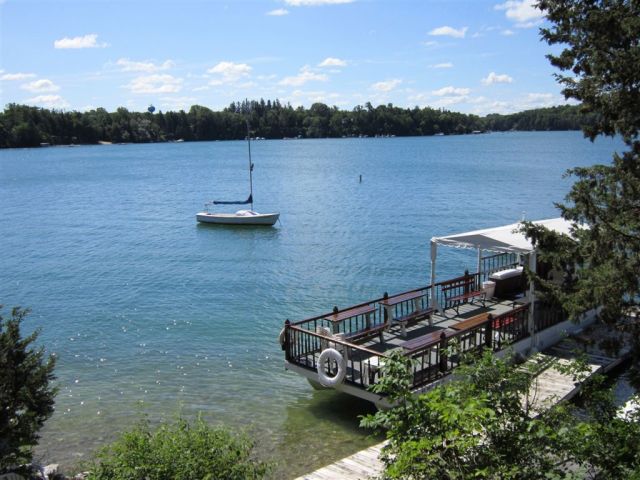 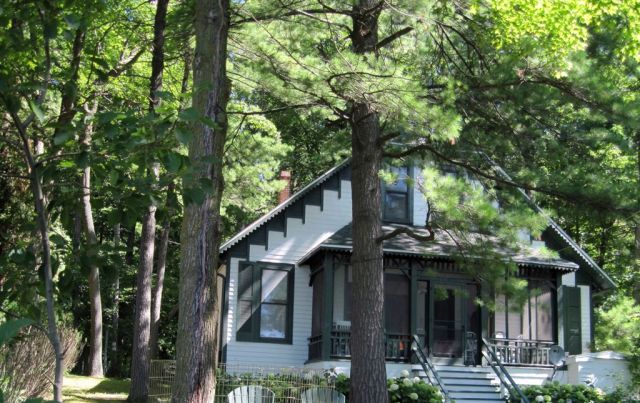 [These little wooden maps all around the lake path show you where you are – red dot!] 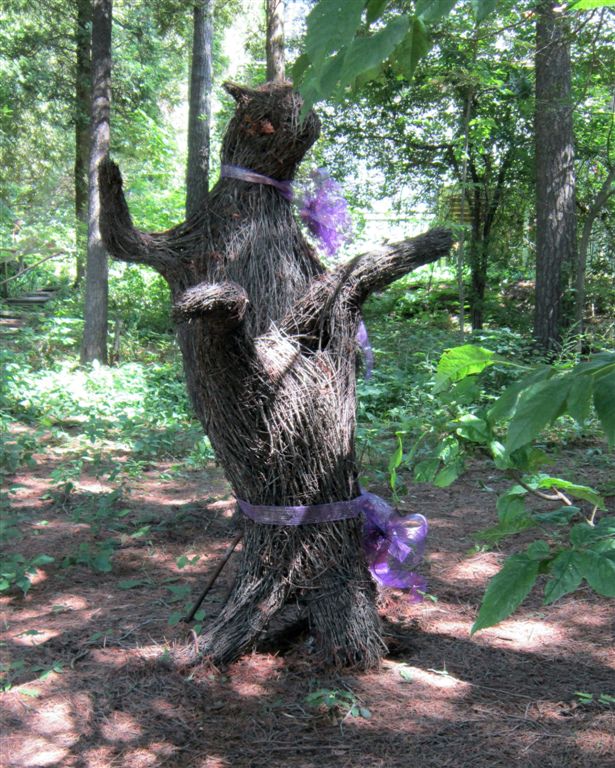 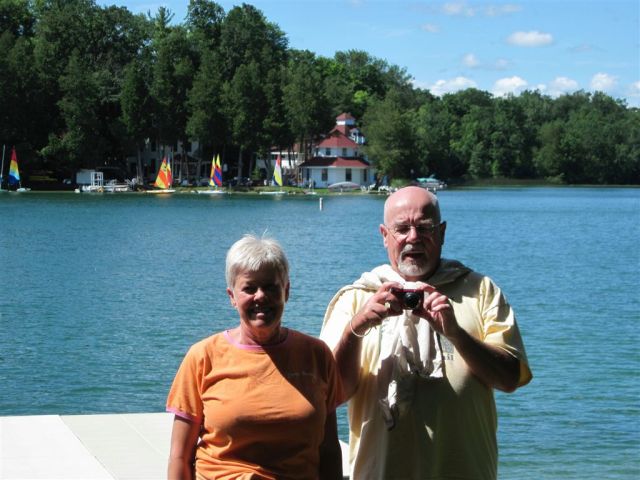 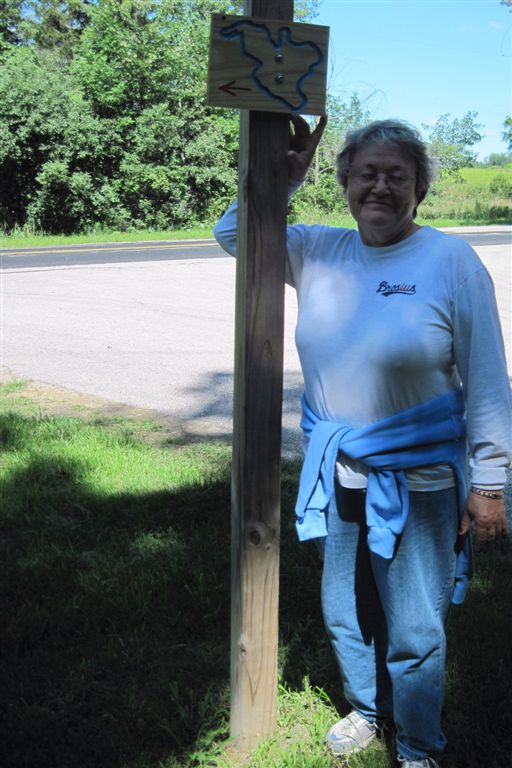 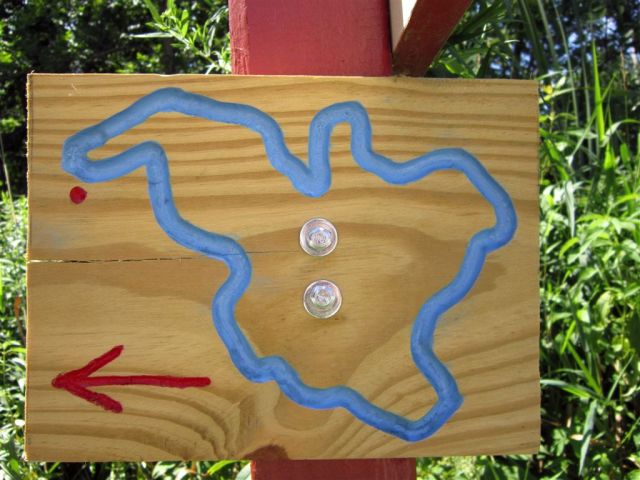