How I Spent My Summer Vacation (Day 4*) 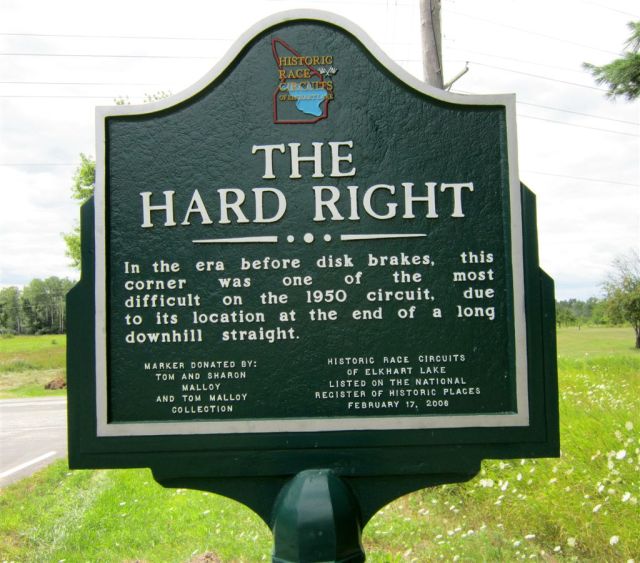 (*  Yes, we do field trips!)  Meanwhile, back at camp.  Here it is, more than a month later, and we’re still not half way through our Summer Vacation report.  It is now so much later, that this reporter has had a birthday, and poses to the immediate left with his birthday present from the supervisor.  So now, running a hi-tech operation such as thus, we usually have up and running at any given time a desk top, a lap tap, and now a note book.

Back to the story.  This is Carrie (above), a long-time camper.  She is the daughter of Cindy, as previously mentioned, an honorary Biddie for purposes of camp.  Carrie has three young sons, the Normile brothers, who are famous in Camp Brosius song and lore.  Multiple camp sailing champ, Dan, proclaims as he prepares for the doubles race, “Bring me a Normile, any Normile!”  We suspect Carrie looks forward to the respite of camp – as above, where on this day the camp sent a staff member to supervise (i.e., daycare) children young and old who took the field trip to the wonderful Bookworm Gardens at the University of Wisconsin, Sheboygan. 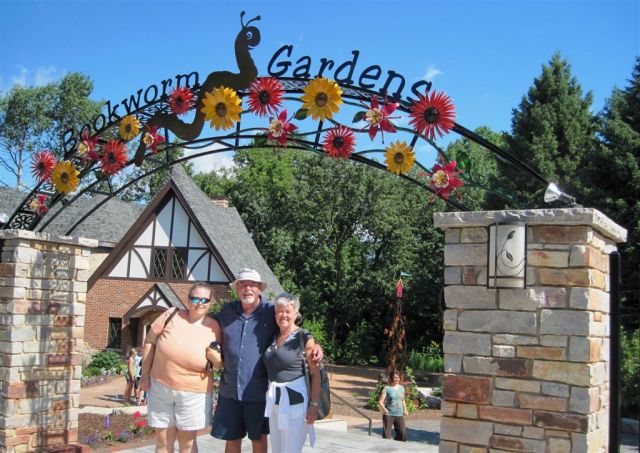 [The sitter camp sent along to keep an eye on us.] 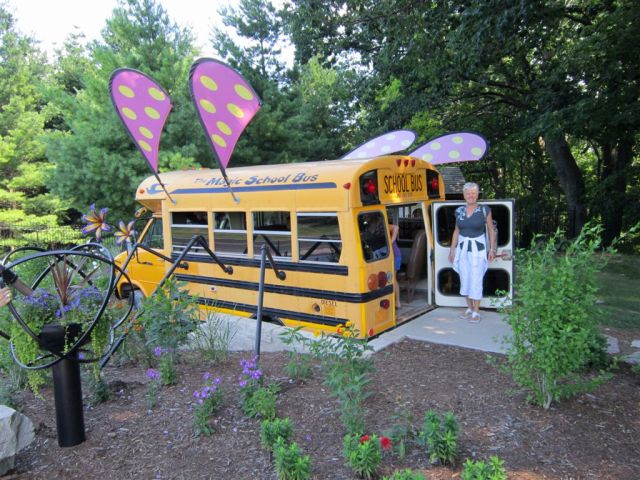 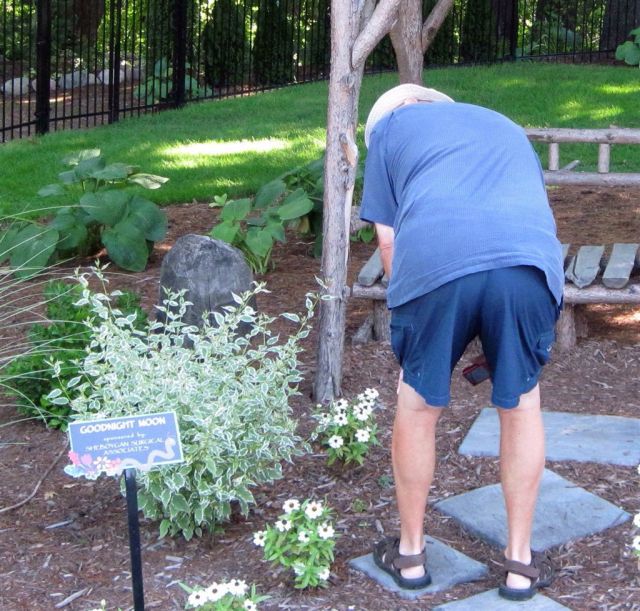 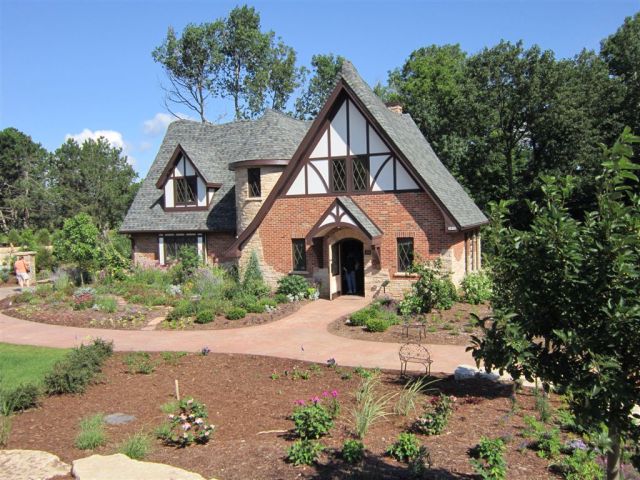 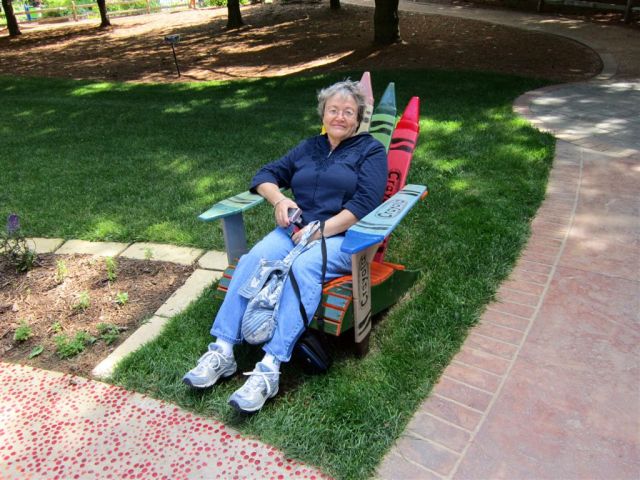 Day 2 of this column and have already received a comment on Bookworm Gardens – so I’d better finish it:

[“The Farm” – with actual crops and everything!]

[“The Biddies” enjoying the tree deck.] 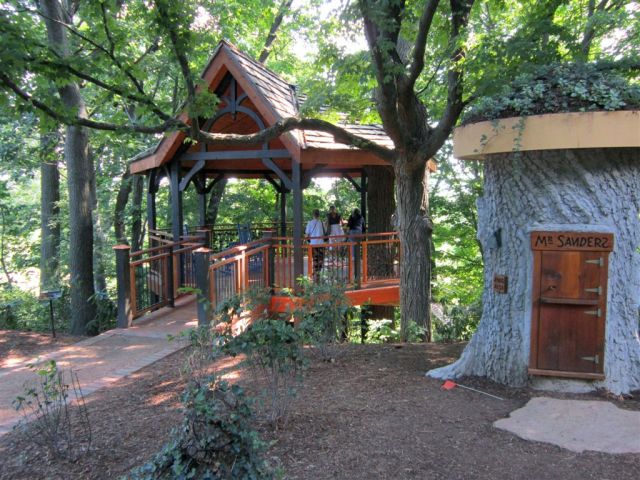 [Then we discovered Winnie the Pooh.  And that time honored question, what’s a Pooh?] 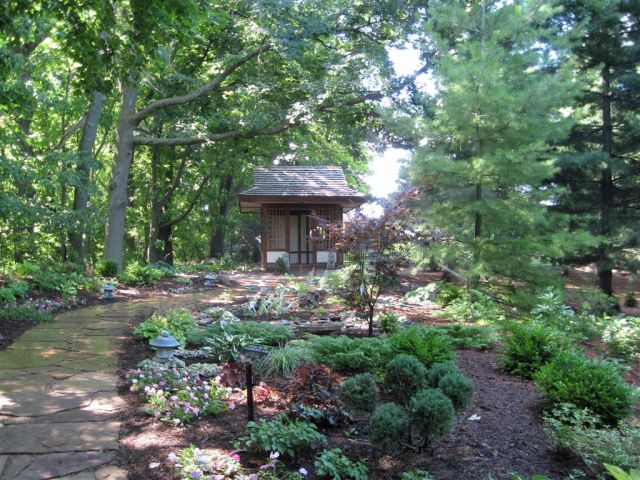 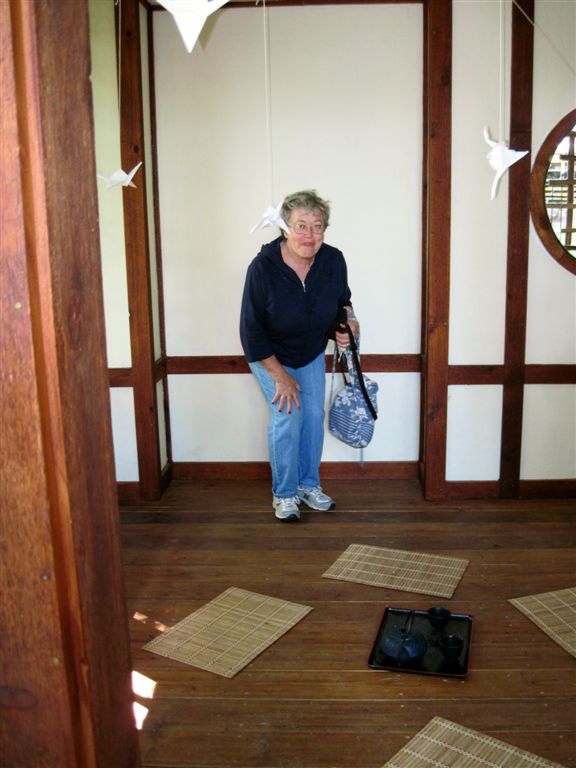 [Three bears, two Biddies, and a guy in a hat.]

All drive safely on your way home!

Addendum:  Point of personal preference – shortly after this posting, I received this e-mail:

Well if I never mentioned this before, Tom, you have the best looking legs in our family. : ) G.

OK, it was from my sister.  But the point was, I got Mom’s legs.  And Natalia was noted for her pins.  But for a guy, skinny legs – I’m a pumpkin on toothpicks! 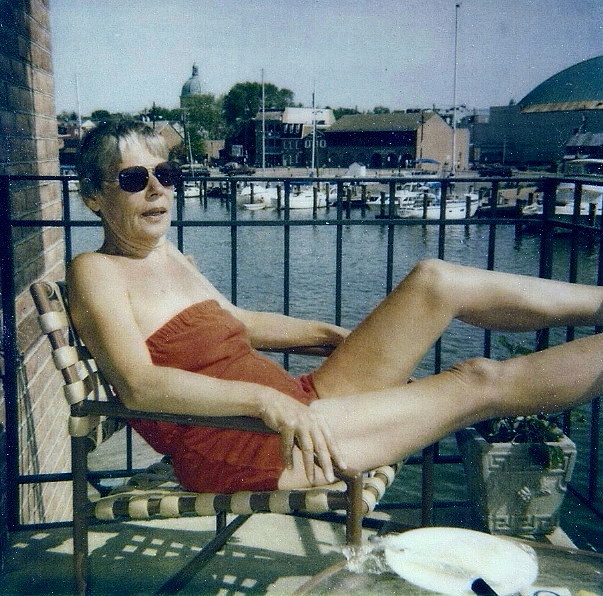