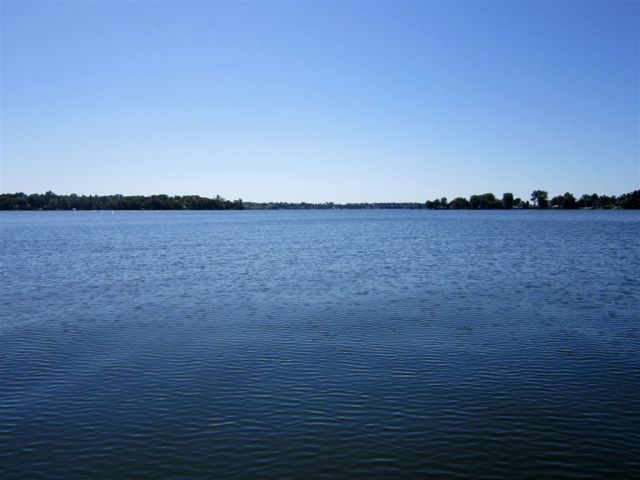 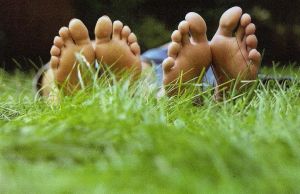 It’s been a beautiful week here in Vacationland USA!  🙂  So, beautiful in fact that those who measure such things say the lake levels have gone down 9 inches!  Accordingly, on Friday the supervisor thought it a good idea to take the Moby Obie out for a tour of the lake (above).  It was only our 3rd venture out this season (we previously did July 3 & 4).  And among our lake tour photos, we’ll sprinkle in a few videos from The Salty Dog’s (Erik Schultz (guitar) and Tom Mulder) performance at the winery yesterday (a good choice as I then did not have to suffer through Golden Gopher football!).  But first, a few reminders of where we were: 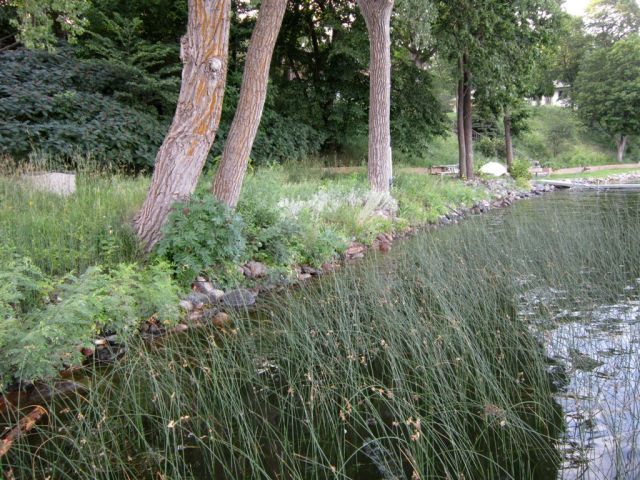 [Our riprap on August 5th – almost covered to the top.  Normal levels expose at least 6 feet of sloping riprap!] 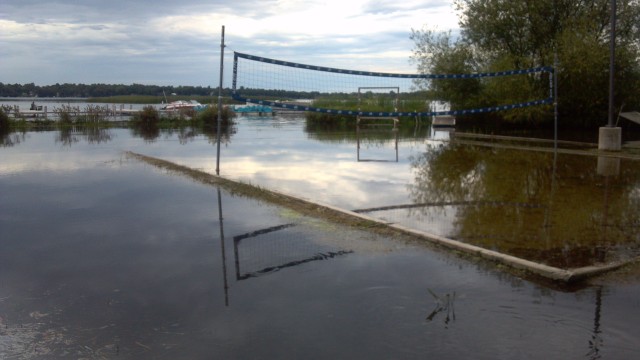 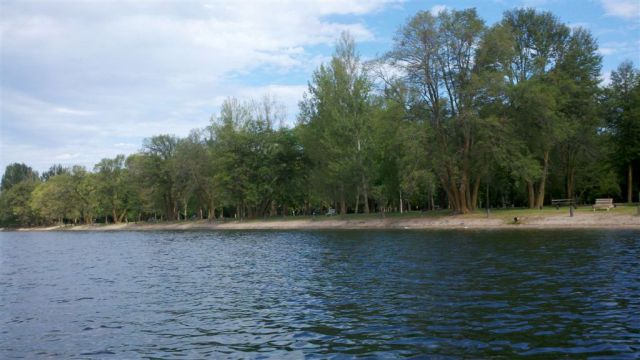 [Al Grundei’s photo of the beach at Carlos State Park on July 4th reflects the affect of the government shut down.] 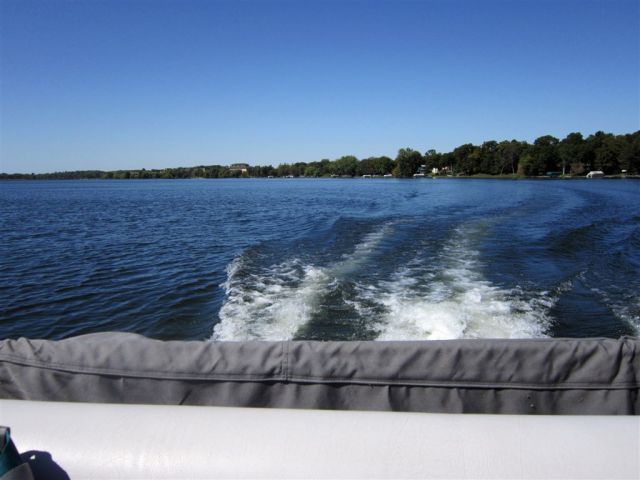 [Leaving Arrowwood in our rear.] 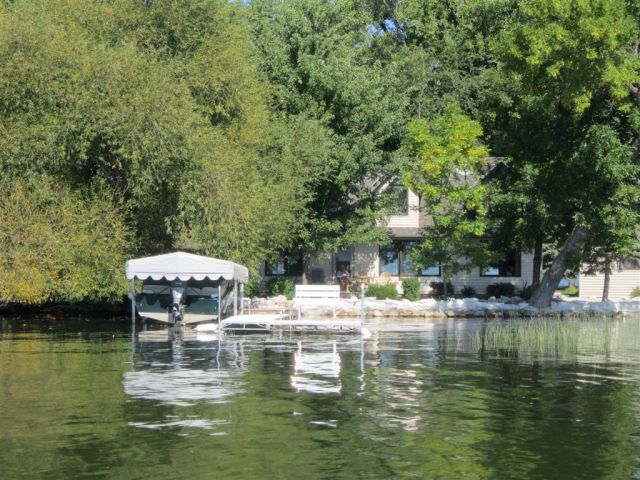 [Cruising by the Fieldhammer’s, “Rock” was sitting outside – the water has finally receded from their front yard.] 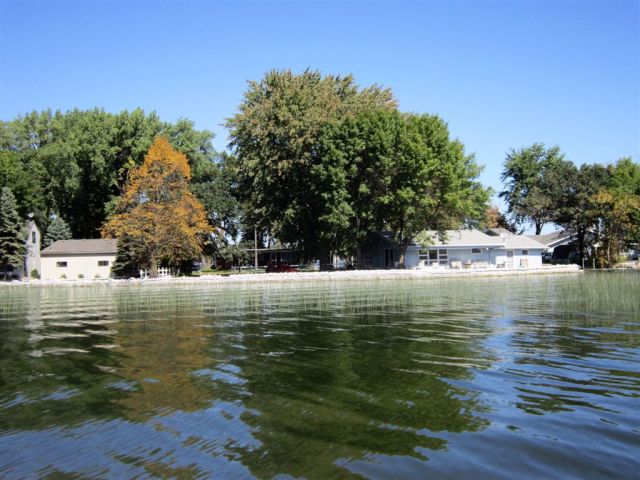 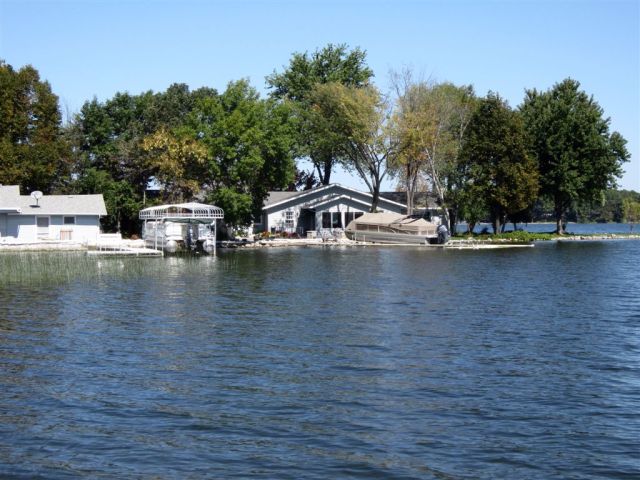 [Scanning out to the point from the Fieldhammer’s.] 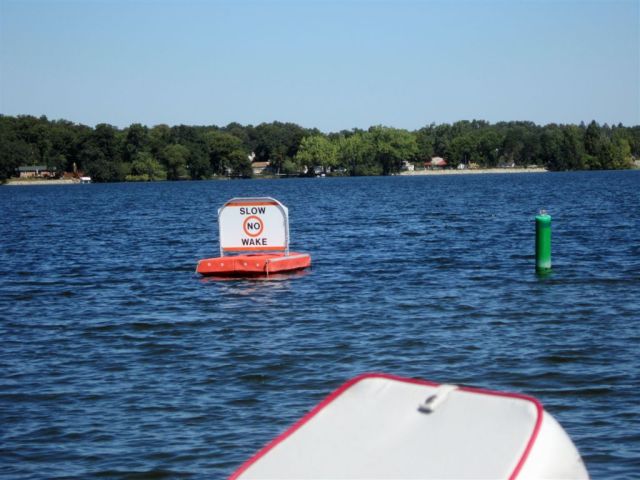 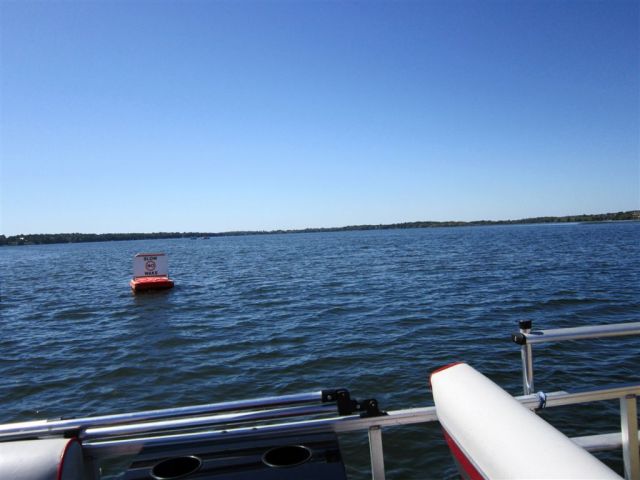 [“No Wake” has been the high water order of the day.]

The Salty Dog’s “The Boxer”:  http://www.youtube.com/user/ruthobert#p/u/1/Q5I4wGXYe_Y 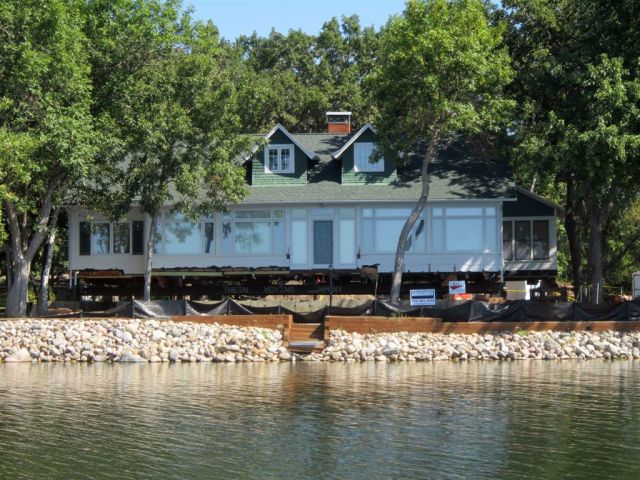 [Many will recognize this house (“on Golden Pond”) – at the end of the Bug-A-Boo Bay road.  A relative to the Camp Ballentiners, a basement is being put in.] 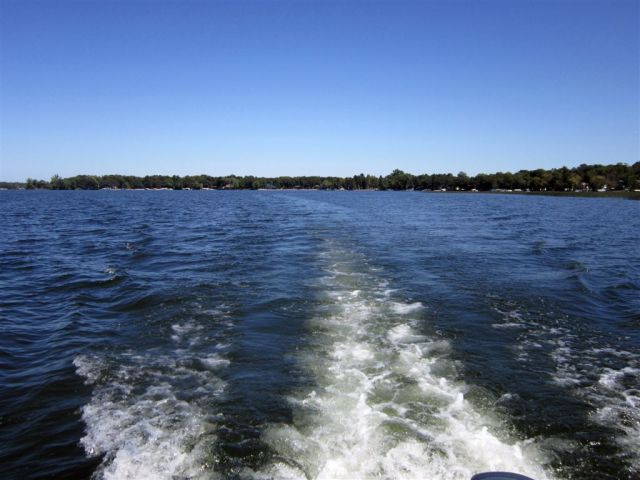 [The Moby churns for home.  A highlight of trip was seeing a woman pulling a large garbage can down the entire length of the Camp Ballentine entry road.  Upon further approach, we recognized her to be Mary Owen.  When asked where’s Crazy Dave, she replied he was inside lying down.  Way to go, Crazy!]

[Submitted by Sue Elliot from Vinnie Flynn from their recent performance at Minnehaha Park.]

The Velines “You’re Not the One for Me”:  http://www.youtube.com/user/ruthobert#p/u/19/kkh7YsytTxU

[For the Flaigs, whom we ran into at the winery yesterday.  Bobby Vee’s nephew, Matt Veline (guitar); Matt’s wife, Julie; and Tommy Vee, Bobby’s son.] 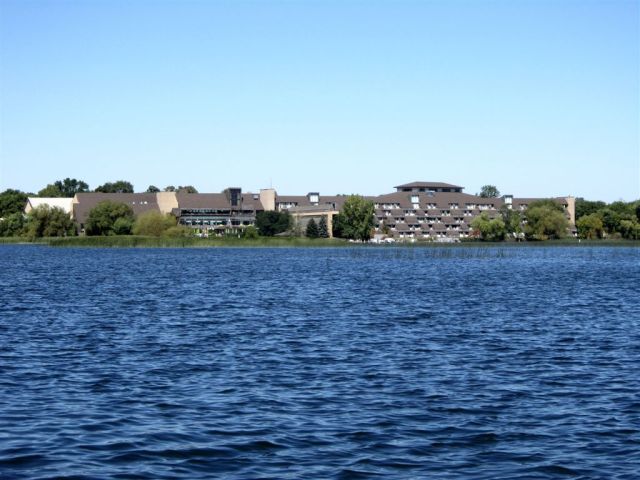