WEDOART! OK, that’s a ripoff of the interstate billboards around Melrose. But, we do. So today, as the finale of legacy weekend, we went to the matinee performance of The Dixie Swim Club at the AAAA theater.

There were several reasons for this. We consider ourselves to be arty (I sip wine with pinkie extended). We knew Jamie Sandberg and Mary Pohl were involved in the production. We love the Outer Banks.

The Dixie Swim Club is a poignant and funny story of five women who were members of a college swim team who get together annually at a cottage on the Outer Banks of North Carolina. It follows their get-togethers at ages 44, 49, 54, and 77, as they discuss their lives, their husbands, their kids, men (all good, of course), food and beverage, fashion . . . well, pretty much everything. We thought it terrific. Mary, a native North Carolinian, coached the cast in “native speak” and Jamie was the 2nd member of the Sandberg family to entertain us this week – her son, Craig, played bass with Funky Gumbo on Thursday night. 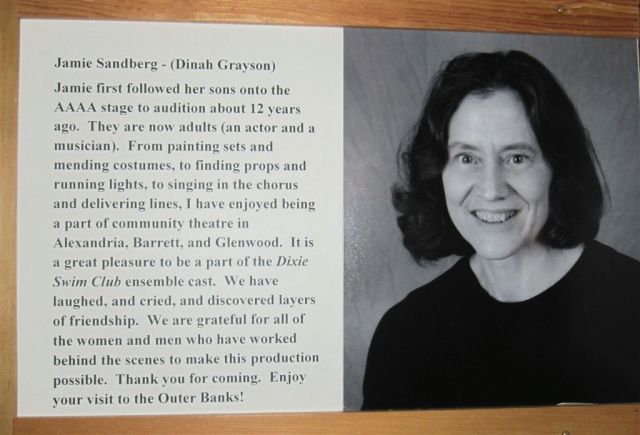 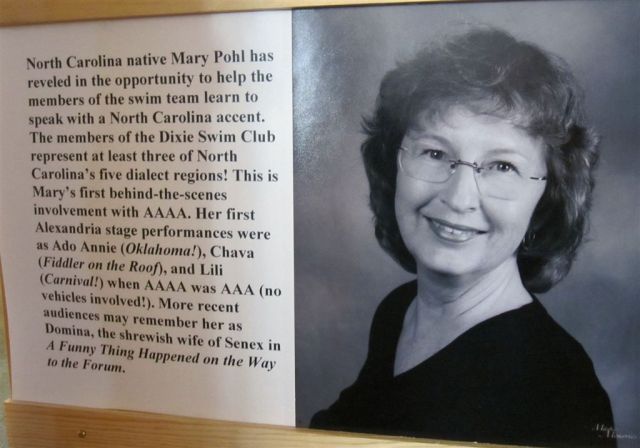 So hockey moms and basketball moms, and women of all ages who have had the experience of being an athlete and a teammate. You will enjoy this play – and undoubtedly recognize the lifetime of relationships expressed.

And, of course, the Outer Banks. As a longtime resident of the Washington, D.C. area, I would join “the boys” for twice-a-year treks to that wisp of land in the Altantic Ocean. We would make the 6-hour trip every spring and fall always in hopes of hitting the bluefish run. In our later years, we succumbed to bringing along our missuses, or other significant others, in what would become more like eating and shopping expeditions. But always, we just enjoyed being there – and this gives me an opportunity to display some of the photos taken through the years: 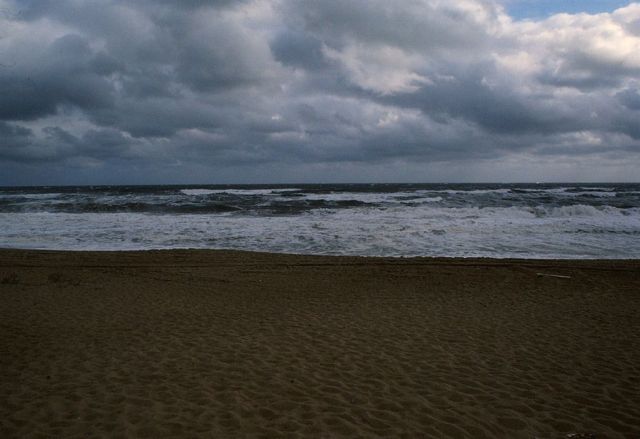 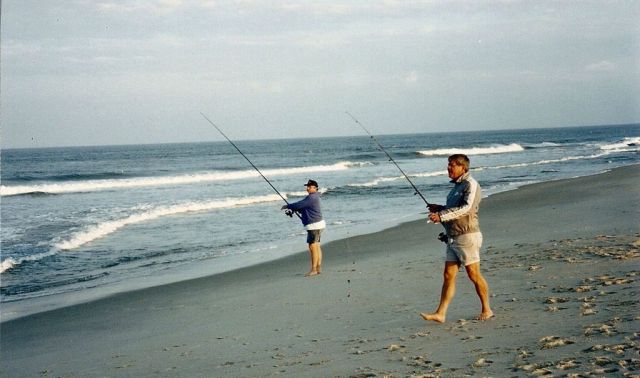 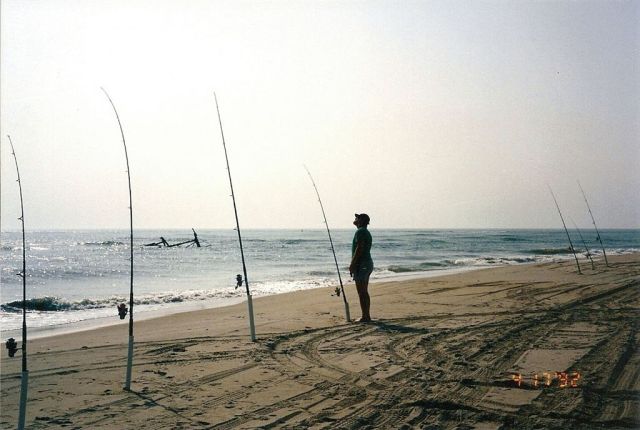 Finally, you may recall our first venture into the land of the senior matinee movie hosted by Midway Cinema 9 on the 2nd Wednesday of each month. Well, we went again – along with thousands of our closest friends from the previous such spectacle. This time we had a legitimate movie to see – The King’s Speech.  It was in the big theater and it was packed. You know it was a really, really good movie and worthy of its Oscar nominations by the fact that in a theater of the elderly, including yours truly, we did not nod off in a dark room in the middle of the day.

And finally, finally, a note from Terry Lang:  I hope you two can have a nice, quiet day together. Happy 10th. If I  didn’t have a doctor’s appointment at noon tomorrow, I would be on the  golf course. The Space Needle shot I took in July, 2 years ago after teaching that night. On the way to the college, if I can see Mt. Rainier from the highway, I know I will have good sky to  shoot time-exposures.  And, this day, the full moon was out and I waited about 40 minutes for it to get to this point. I can’t sell this shot because everyone accuses me of “Photoshopping” the moon into the photo. Nope…I did it myself,  in camera, on a tripod, with a lot of patience.   Again, Rita and I appreciate the news that we get through your emails and both of us wish you a very happy 10th. 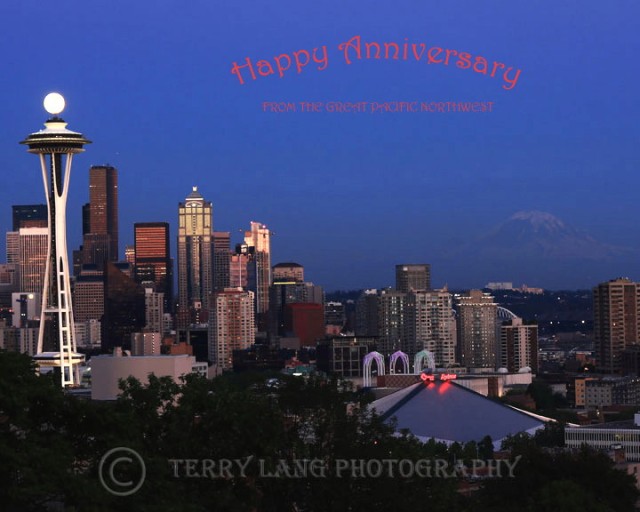