(Well, the ugly would be my 63-year old feet.) Last night seemed like the first Thursday in a long, long time where we didn’t have a home sporting event. So, the supervisor and I felt free to indulge in our usual date night routine – an evening at SAWA. Finestra was performing – and with key board, trumpet, bass, and guitar, delighted the patrons with light jazz and classics. Chef Matthew has thankfully made shepherd’s pie a regular menu item – so I fell off the diet wagon and indulged in a personal favorite. Ruthie had the chicken breast which she reported delightful. All washed down with a lively and fruity sirah whose name I have already forgotten (and it must be new because it’s not on their website).

But, the games. The Good: We left SAWA just as Dave was wrapping up coverage of the girls’ basket ball game on KXRA. He was interviewing player-of-the-game, Mo Eigen. We took that as a good sign concerning the result because Mo, a 5-foot senior guard, is part of the team’s good depth and must have had a lot of playing time. Yes, the Cards won at Brainerd, 71-51, improving their overall record to 13-2. But even more telling was that at one point in the game the Cards led 40-9 – as Dave and Bob Cuniff noted it is very unusual to be that dominant against a quality opponent on the road.  The defense must have been revved to full rpm’s!  [The photos herein are from the Trumm files for the Little Falls and DL games.] 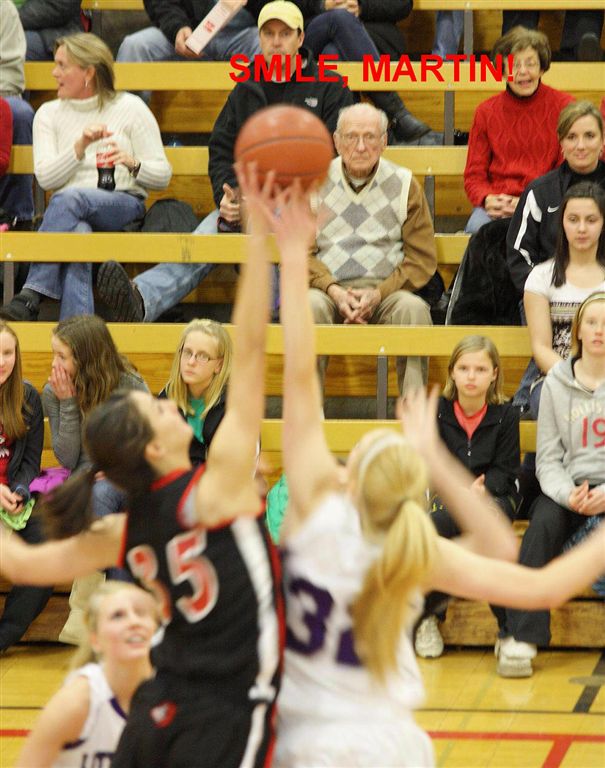 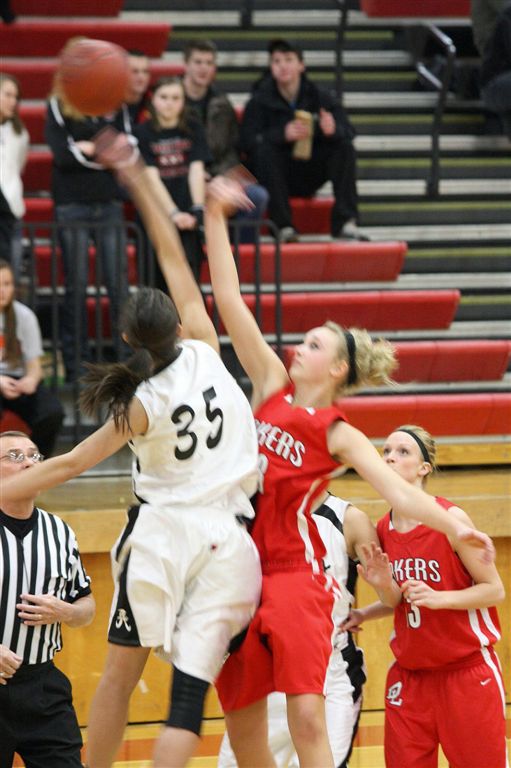 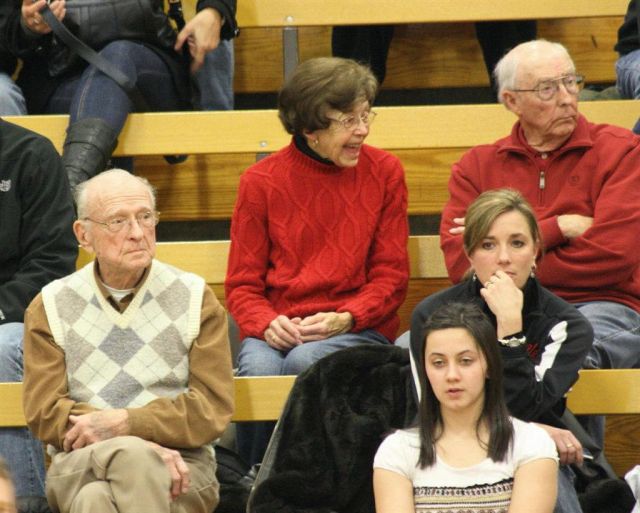 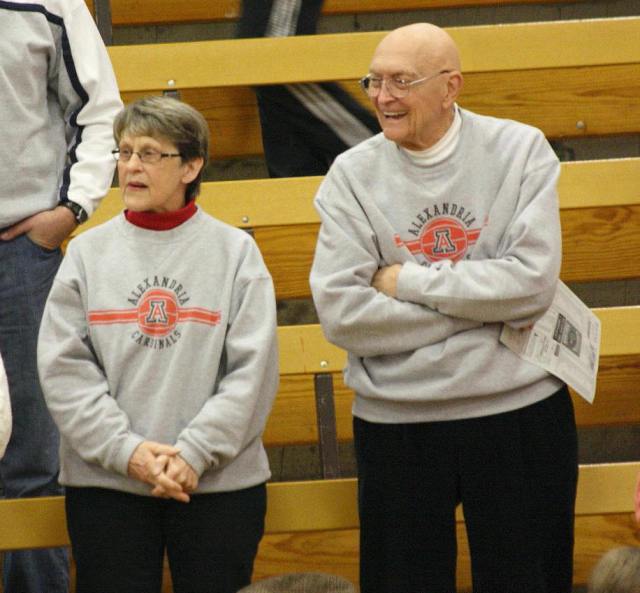 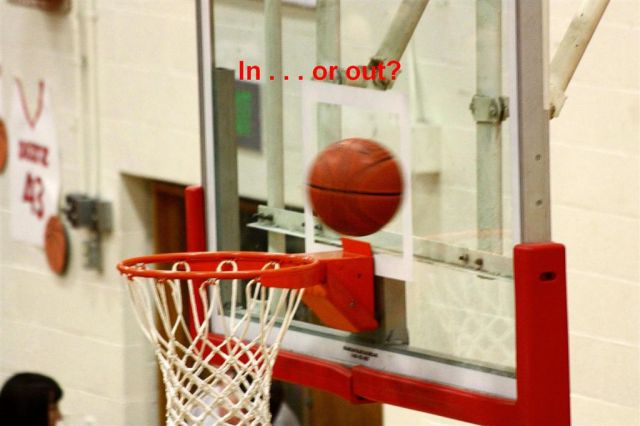 The Bad. What you always dread for a team on a roll (well, for any team) – injury. Alli Haar received a high ankle sprain last night and did not play in the 2nd half. For sure she will miss the Saturday home game against Tech, and then likely it will be game by game. High ankle sprains can take a while for full recovery. Alli, of course, is a key cog in determining how far the team can go this year. Our road warriors have played 9 of their 1st 15 games on the road. Now we’ll get to see a lot more of them as 7 of their final 9 games are at home. 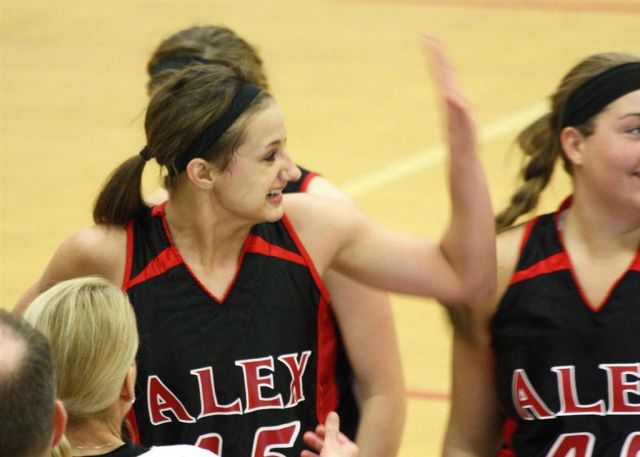 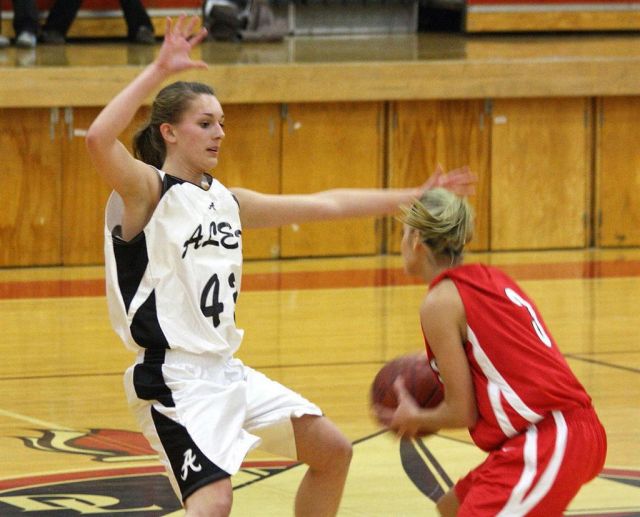 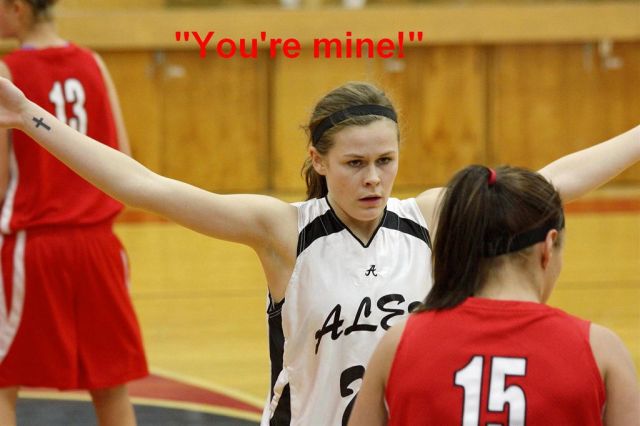 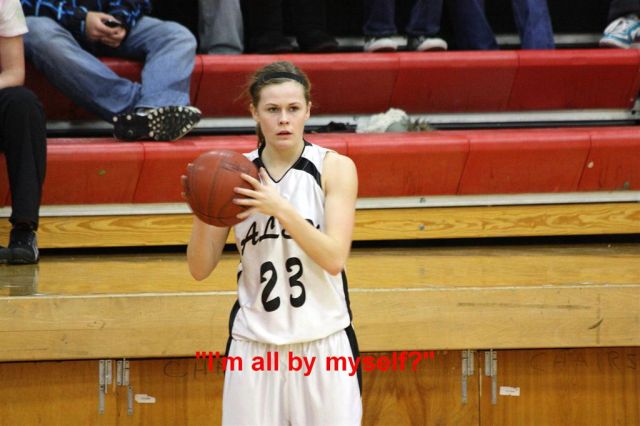 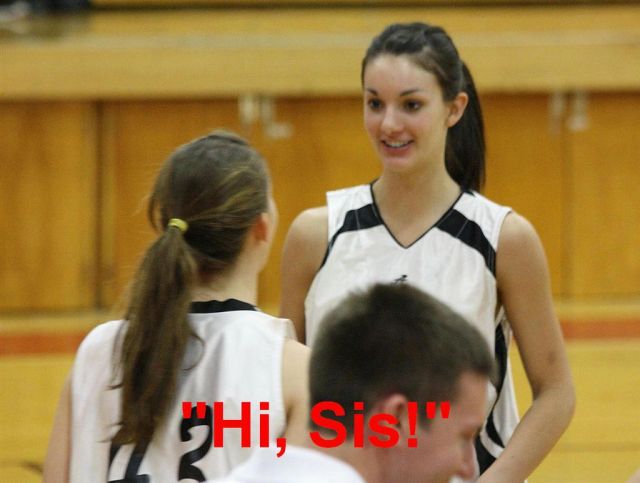 Our hockey girls traveled all the way to the Twin Cities to take on the North Metro Stars last night. As I recall, North Metro is a consortium to beat all consortiums – obviously a class AA team composed of players from Brooklyn Center, Brooklyn Park, Fridley, et al, in other words, from a population base just slightly smaller than the New York City metropolitan area. The Stars won 4-2, but our Cards out shot them 37-27 (though, as Coach Loch points out, that’s just a statistic) so they must have played well. With the schedule the team has played this year, they should be battle-hardened for the tournament.

A reminder to all fans within driving distance of Alexandria. Saturday is the big day – so pack a picnic basket and enjoy. At 3:00, the hockey girls host Bemidji, their last home game and senior night (afternoon?); at 5:00 the boys’ hockey team hosts 16-1-1 Bemidji, and at 7:30 the girls basketball team hosts St. Cloud Tech. This reporter will be following events from venue to venue, with back-up batteries on hand, and wondering where does nap time fit in.

Addendum:  Since the snowbirds seems to appreciate weather updates.  Thank goodness we’re not the East coast.  We haven’t had snow for about a week – with temps balmily in the 20’s.  Getting a dusting today making travel a tad slippery on the way to the gym (16-in-a-row this morning).  But here, in her own words, is a report from my sister Gretchen, a long-time resident of downtown Washington, D.C.: