But first, an afternoon interlude to Carlos Creek Winery, where the Salty Dogs were performing. Inspired by a crowd that included every member of the Alexandria Golf Club who do not go South for the winter – Annie O’Flynn (keyboard), Bruce Kelly (bass), Erik Schultz (guitar), and Tom Mulder (vocals) performed the Leonard Cohen classic, Hallelujah:

I left the winery at dusk – it was beautifully wintery: 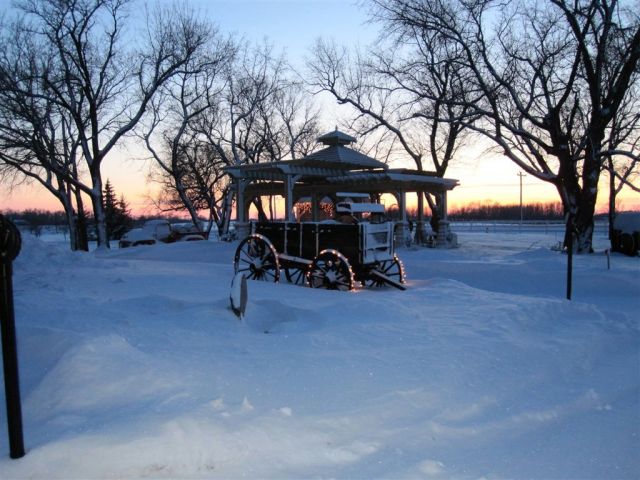 Then it was on to the new Phoenix Event Center (the old Hillside Club) to see Michael Johnson and Dan Mahar perform once again. It was our first visit there, and for many others as well (Ruthie’s crowd estimate was 60-ish), and all expressed admiration for the facility as a venue for such an event (which is why it’s the Event Center?). Michael and Dan performed from 7:45 to 10:30 – to the total delight of the attendees. The guys are not only superb musicians – but comedic, as well!  And performers enjoying themselves really connect with their audience. Much to Ruthie’s delight, Michael sang What’ll I Do?, which, as I recall, he said Irving Berlin wrote in 1928.  Then we had the joy of repairing to our vehicles in the middle of the night in the middle of Minnesota in the middle of January – there’s nothing quite like delivering your heinie to a car seat in 10 below zero temperatures to remind you that you are truly alive.  Oh, and the roads going north of town, to the winery and to the Phoenix, are still an adventure. 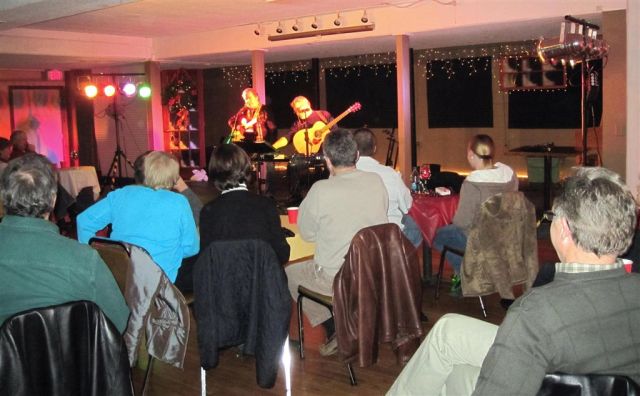 The Tribune did not have a score on last night’s girls’ hockey game at Detroit Lakes as this addition goes to press? Hey, break up the Wild!