[A really BIG day.  I took so many pictures I have to break it up into two parts – pre-lunch and post-lunch.  We begin with wake up and breakfast at the Melia Habana hotel . . . ] 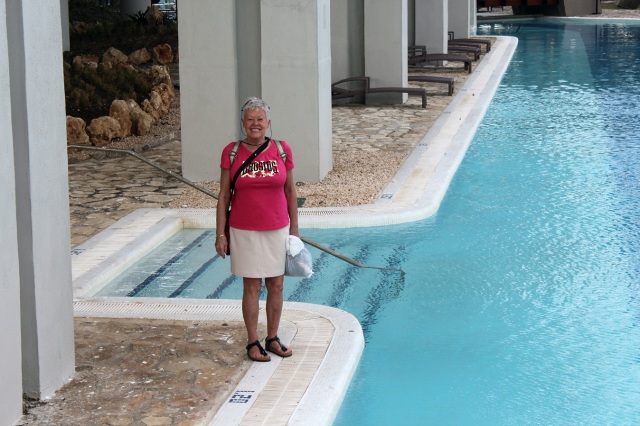 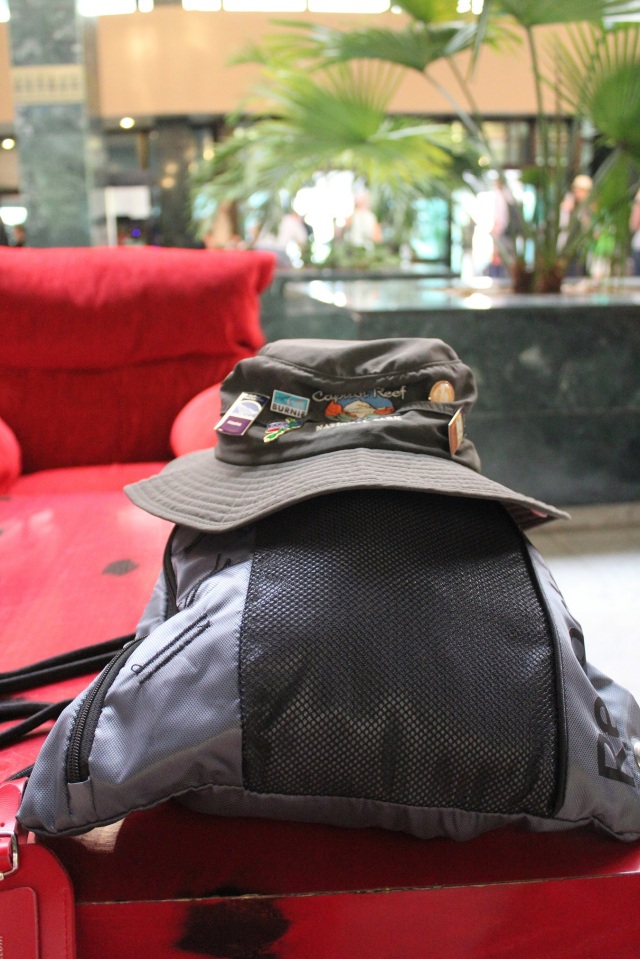 [And our digs for the one overnight, the only night off the ship for the entire cruise . . . ] 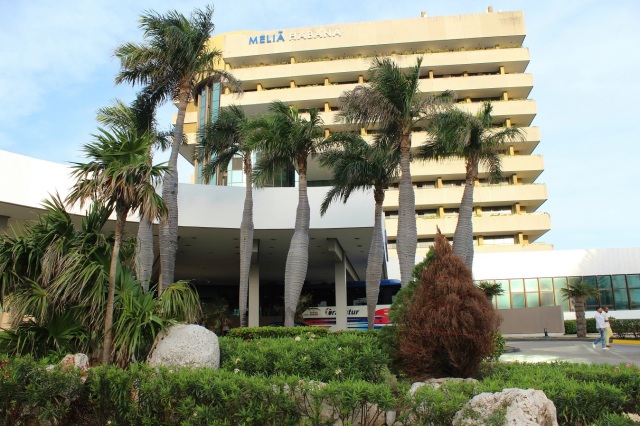 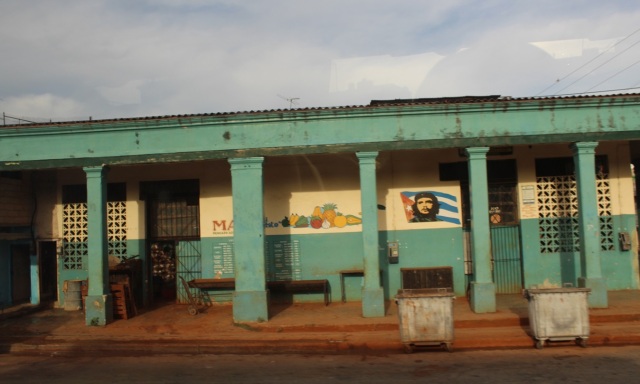 [We were driving around in search of “The Laundry.”  As indicated by the name, it was an old laundry since converted to an artist studio.  We’d stop at intersections where our driver would call out to pedestrians for directions to the place.  It was a lot of fun, though tree limbs on the residential streets threatened to tear the roof off the bus.  We saw embassies and other places where we likely shouldn’t have gone – even our guide Dee thought it was funny and hoped we hadn’t done anything illegal. We were eventually greeted by a legendary land shark, with headlights and a grill?] 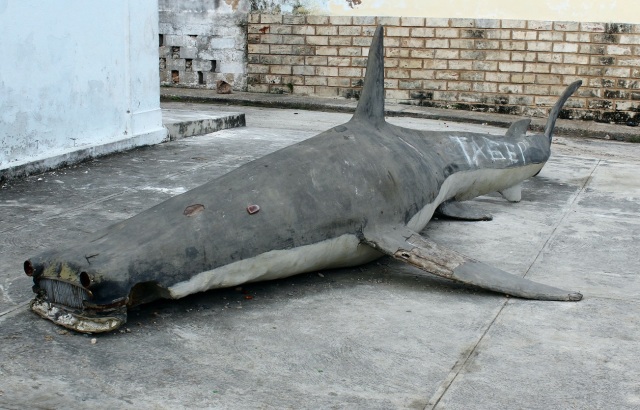 [Tourists rush to the studio entrance to avoid being “grilled” by the shark!]

[Our host, with Dee interpreting in the background . . . ]

[If you just ran across this guy on the street, you’d think – artist!] 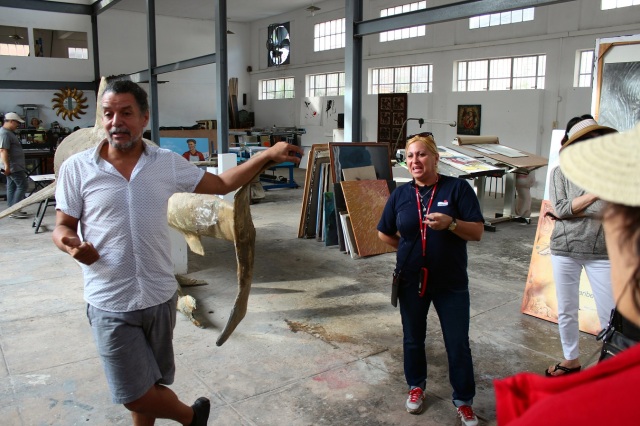 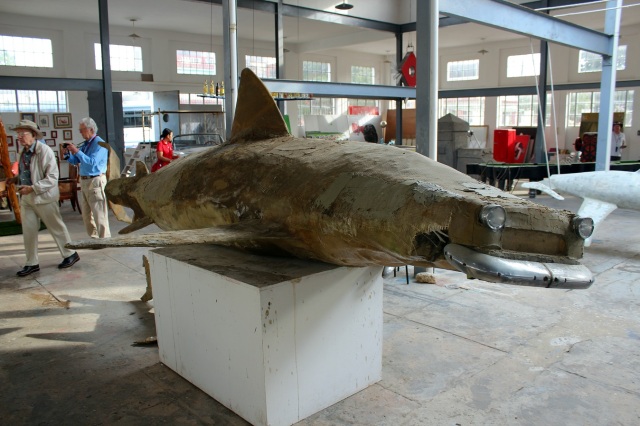 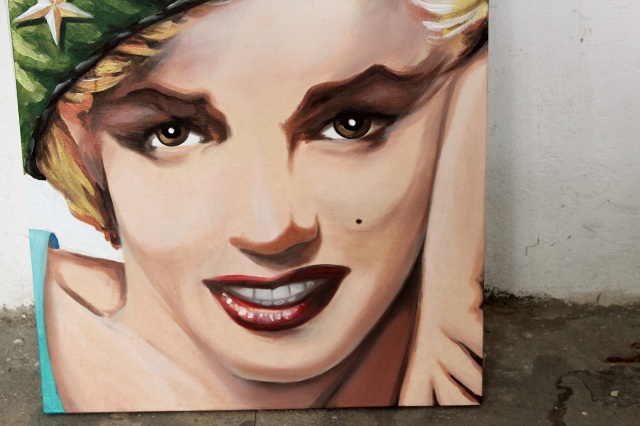 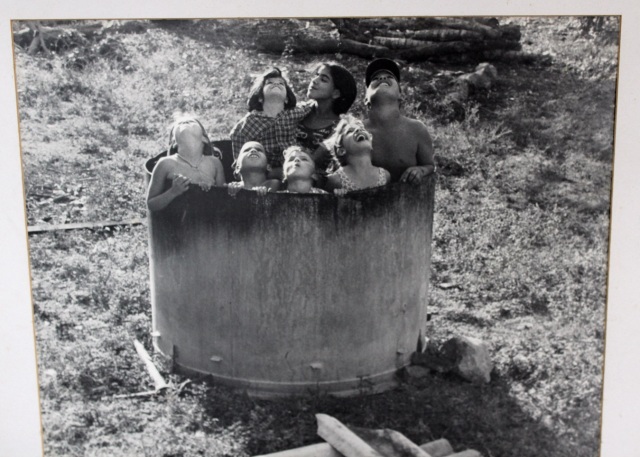 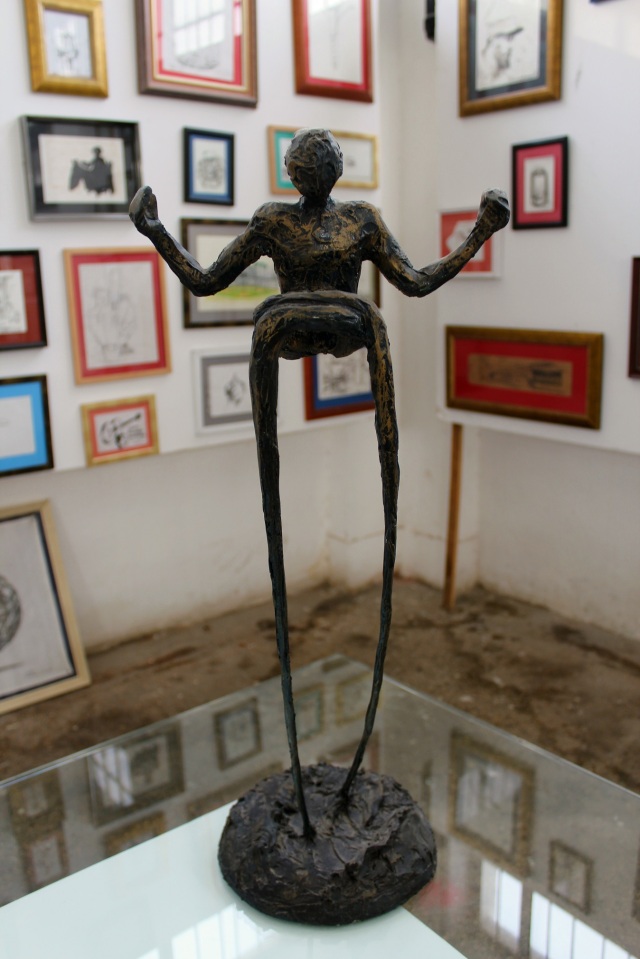 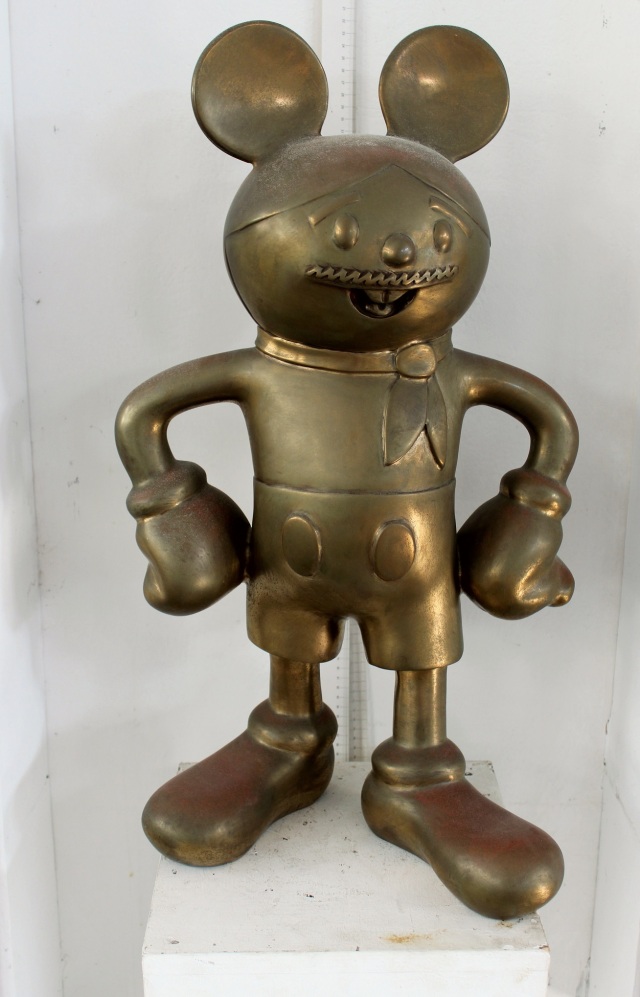 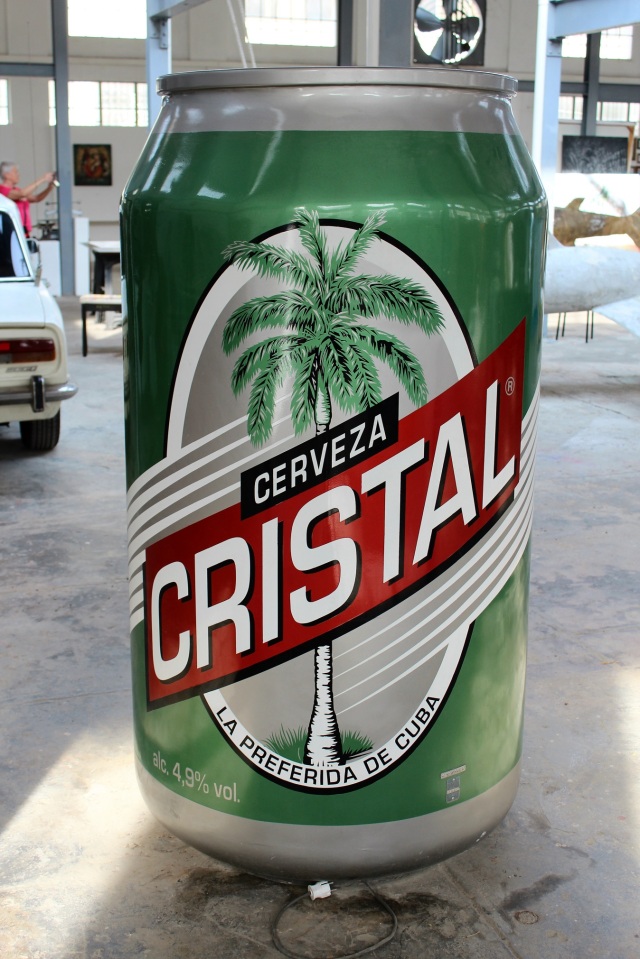 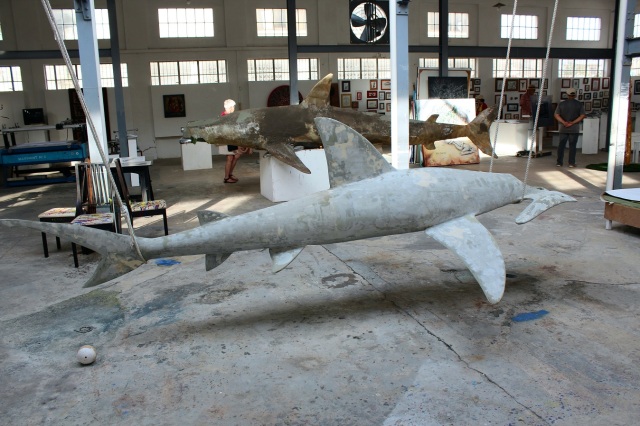 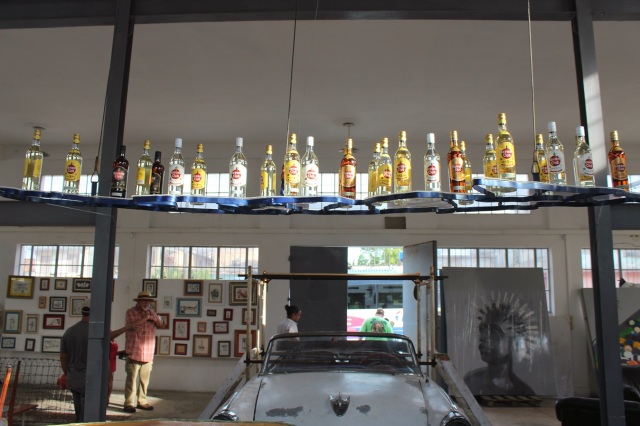 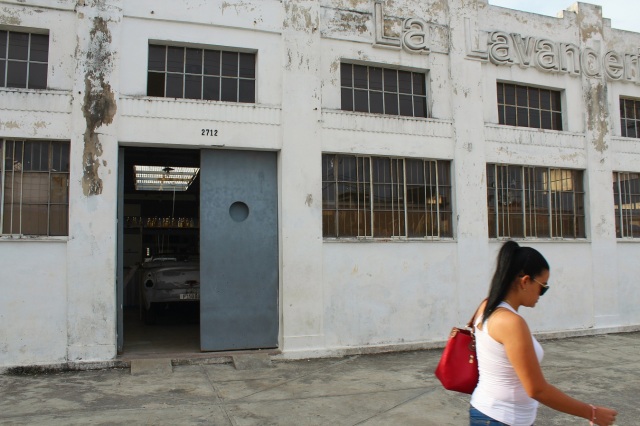 [The main library of the country named in honor of national hero, Jose Marti . . . ] 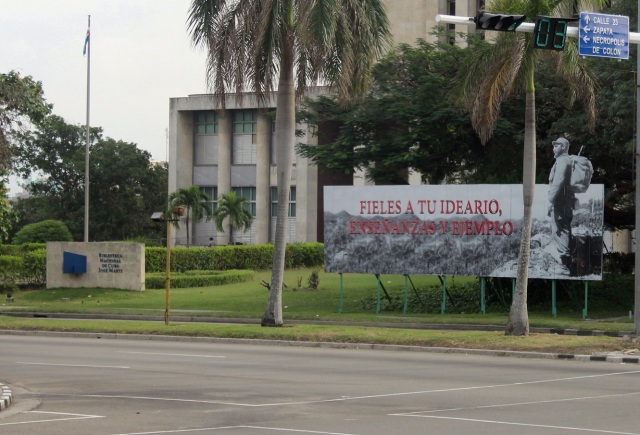 [The requisite stop for Cuban cigars and coffee.  Yes, our guide Dee helped out behind the counter . . . ] 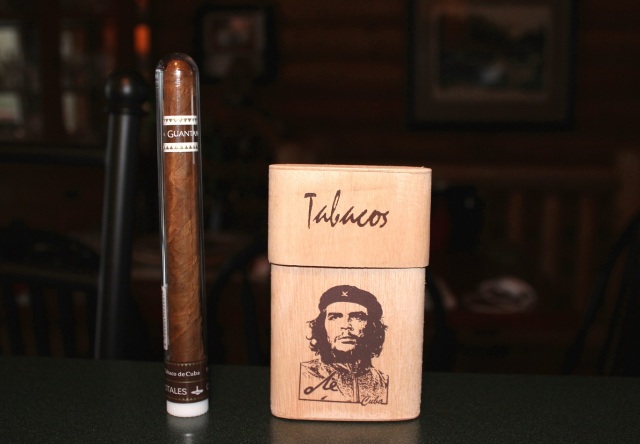 [The municipal hospital – Cuba is known for the quality of its health care and often sends its doctors around the world to aid in emergency siutations . . . ] 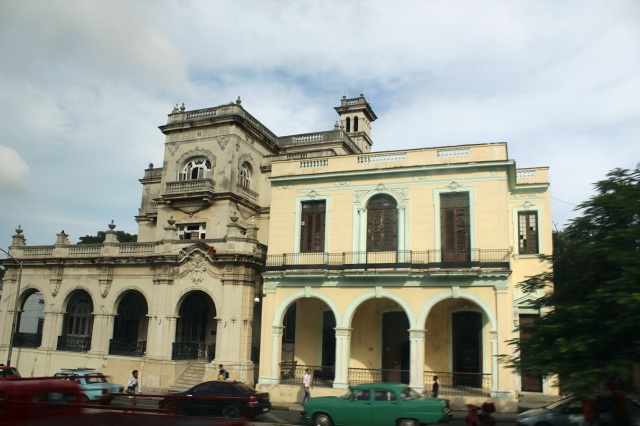 [The Capitol looms in the right background . . . ]

[The Cuban Telephone Company buiding with the tower . . . ]

[With its dome undergoing renovation . . . ] 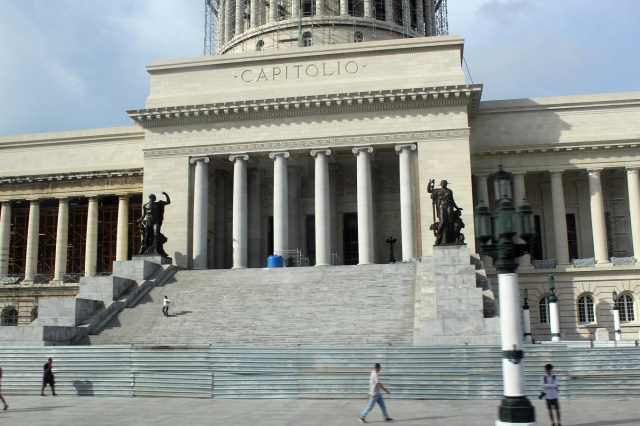 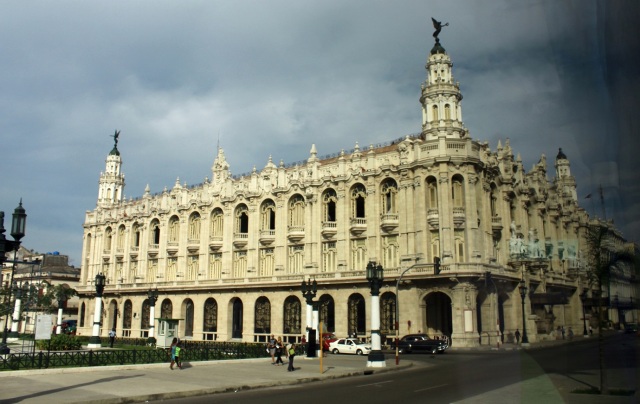 [Did someone mention vintage cars?]

[Fort San Salvador and statue of Miranda just across the water from Morro Castle . . . ] 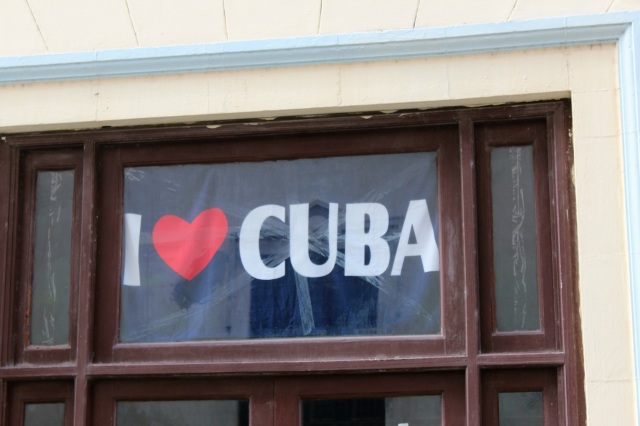 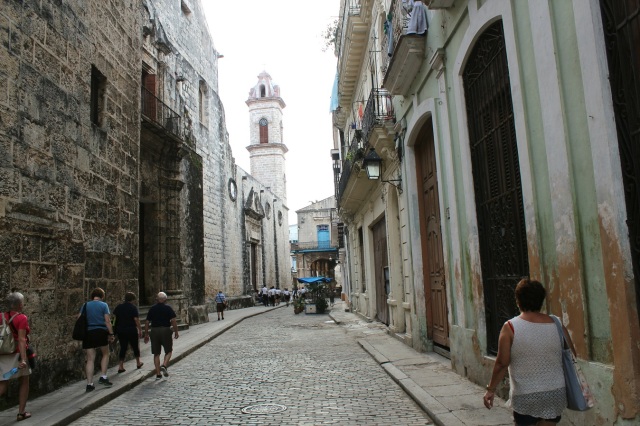 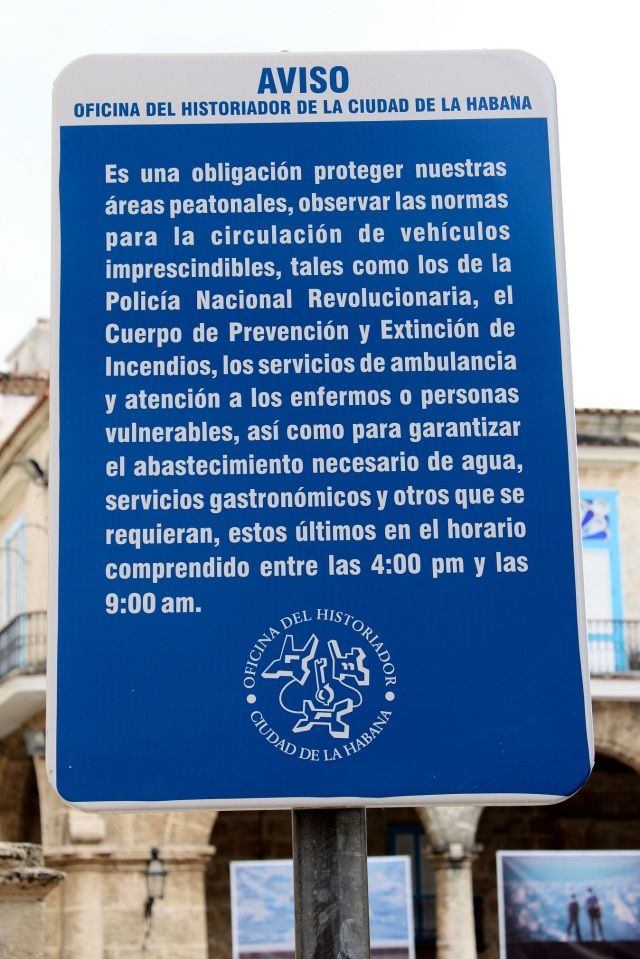 [This must be the place!]

[La Bodeguita del Medio is a typical restaurant-bar of Havana.  It is a famous tourist destination because of the personalities which have patronized it: Salvador Allende, the poet Pablo Neruda, the artist Josignacio and many others. La Bodeguita lays claim to being the birthplace of the Mojito cocktail, prepared in the bar since its opening in 1942, although this is disputed. The rooms are full of curious objects, frames, photos, as well as the walls covered by signatures of famous or unknown customers, recounting the island’s past.  (Wikipedia)] 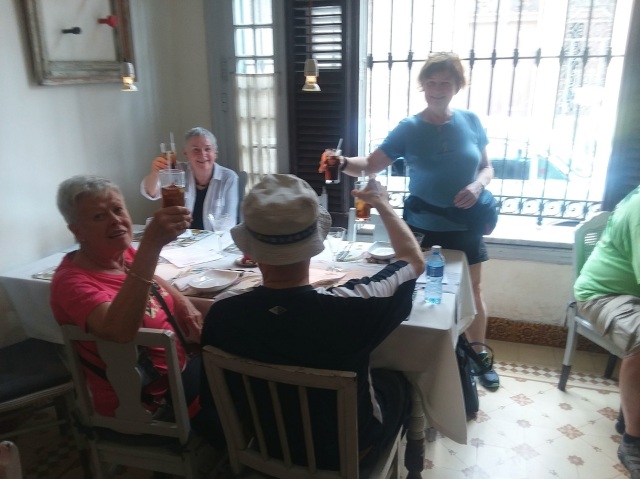 [This is a privately-owned restaurant, and though it caters to large masses as ourselves we found it to be quite tasty and well served . . . ]

[As often happens on such trips, we’ve already forgotten the names of the folks dining with us here.  As I recall, he is a retired professor from Michigan, and the Super generally referred to him as “Rudy” because she thought he looked like Giuliani . . . ] 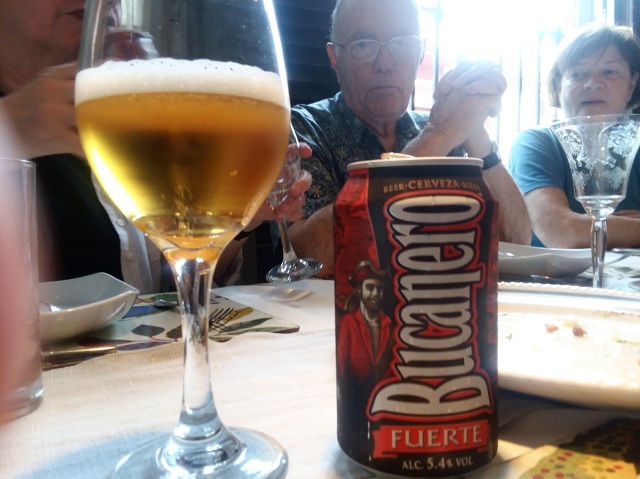 Wine is the most civilized thing in the world.  ~  Ernest Hemingway

Up Next:  Continuing the rest of this day