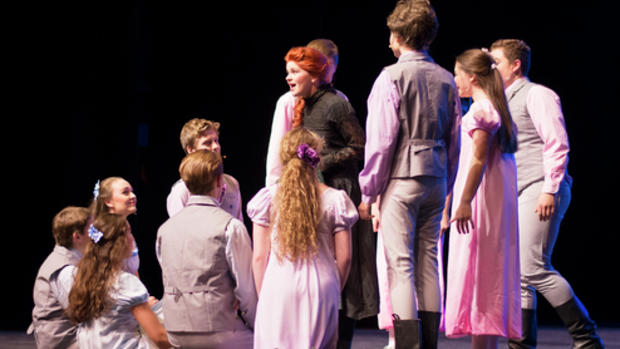 [This was a home run from the beginning.  Outstanding performances from everyone involved!  Included herein are various quotes stolen from FB attendees . . . ]

If you miss this, you will have missed one of the best performances -bar none- in Alexandria this year.

The end numbers were especially moving! 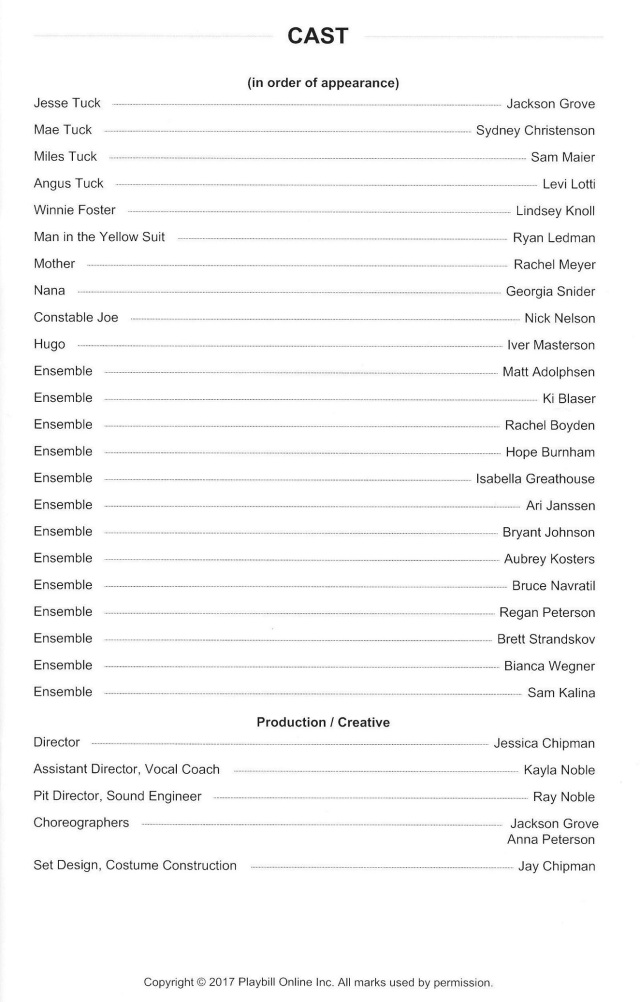 We went tonight. What a talented bunch!

🎶 I was especially impressed with the dance ensemble.

Minnesota humor escapes me.  (OK, that one concerns my reporting . . .)

Ditto!!! Amazing, we have such talent in this community…and soooo professional. Congratulations! 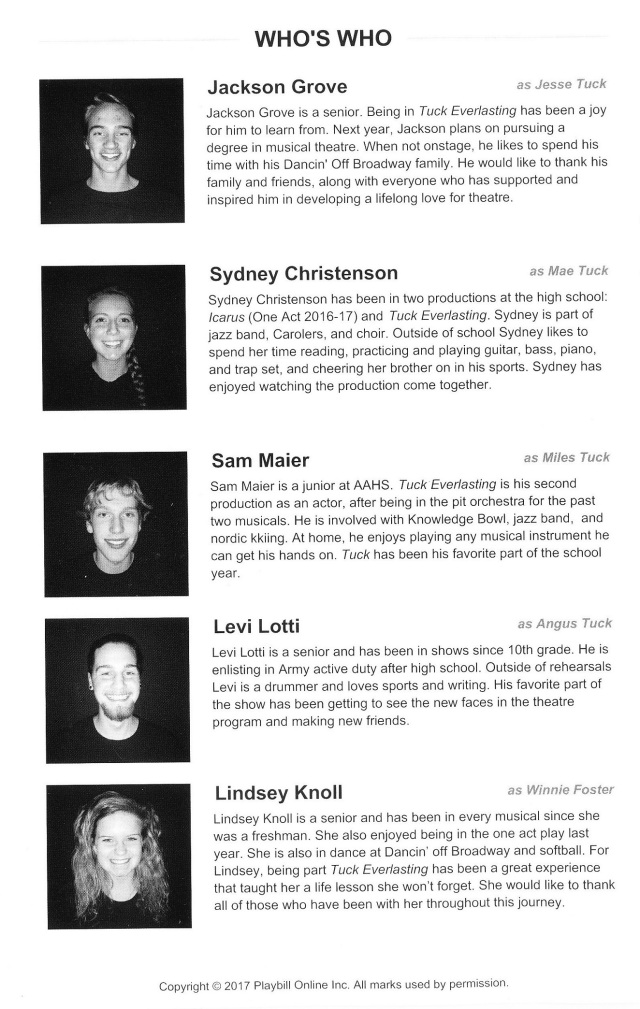 It was absolutely great! 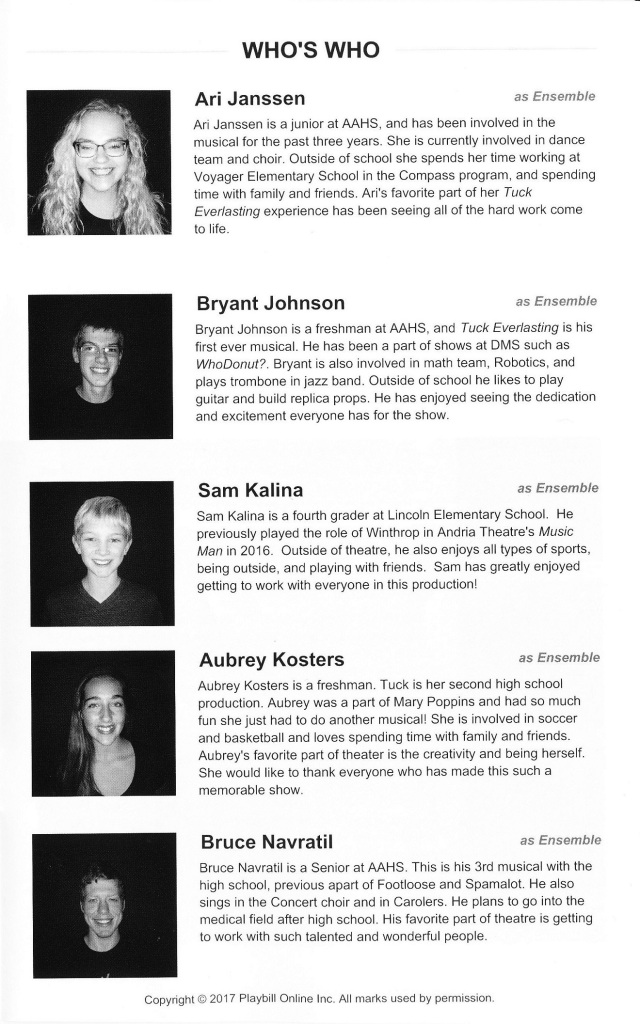 [Back to the high school for more student talent entertainment.  This is a real transition year for the Cardinal girls’ basketball braintrust of Coaches Kohler and Wrobel.  We graduated 11 seniors from last year, all the starters, on a team that went to the state tournament without our leading scorer and point guard, who was injured before the tournament started.]

[So, we jumped into it early – starting with scrimmages against 2 class AAAA teams (we’re class AAA) . . . ]

[Farmington proved to be too big and too good in the first game – they had several good shooters.  At this point it’s hard to tell who will be our go to players, who will be the shooters?  It’s early, but after that first scrimmage Kohler was not happy with the performance.] 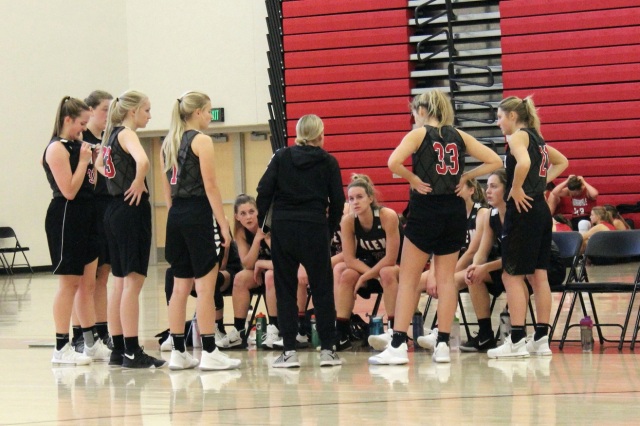 [Minnetonka was next, an even bigger school than Farmington (I think?).  We played much better, and looked to take advantage of areas where we had advantages . . . ] 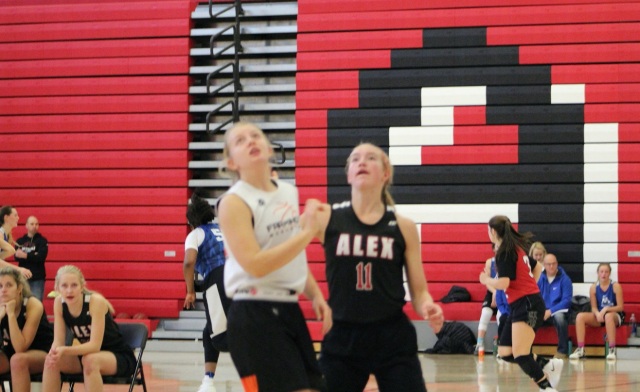 [This is Ella Grove, a sophomore wing guard – you may recognize her brother as the star of “Tuck Everlasting”?]

[Here is a strength we can take advantage of – there will be few people on the court this year as fast as Kaye Paschka, junior guard.  If she can get a steal or otherwise a breakout, she’ll do this . . . ] 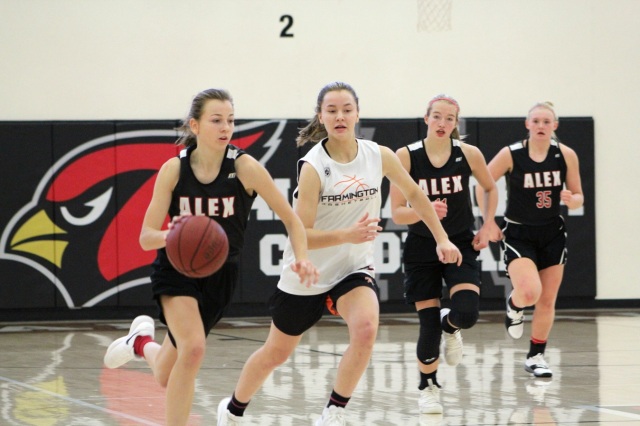 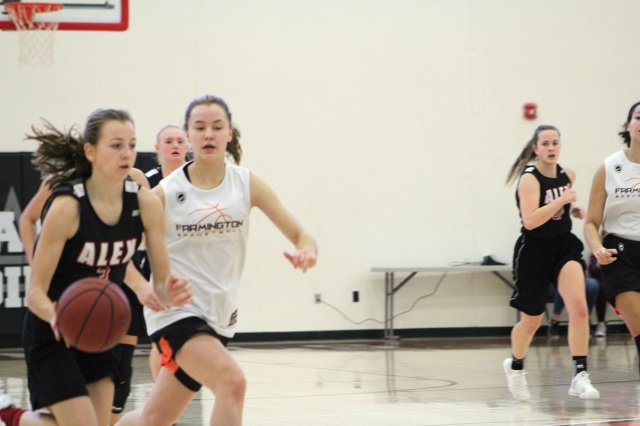 [McKenzie Duwenhoegger, a junor center, is coming off an excellent volleyball season.] 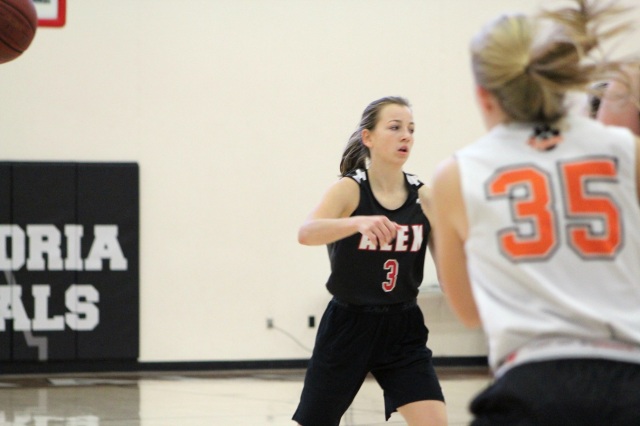 [Emma Schmidt is the most experienced returnee.  The 5’11” senior provides height and athleticism.  And she got extra coverage here because I was sitting with her parents.]

[Dee-fence!  Kohler will demand it.] 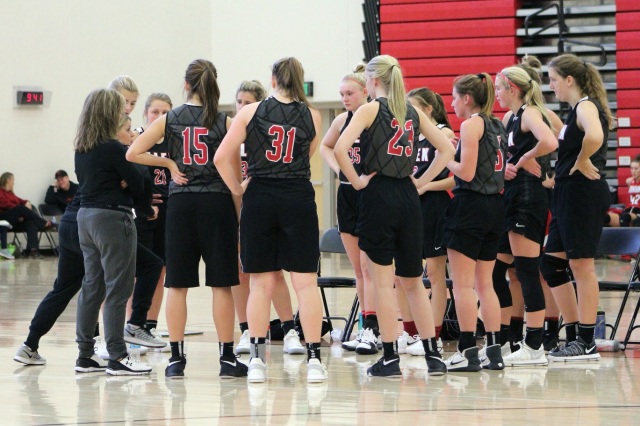 [Some JVers came out to lengthen the bench.] 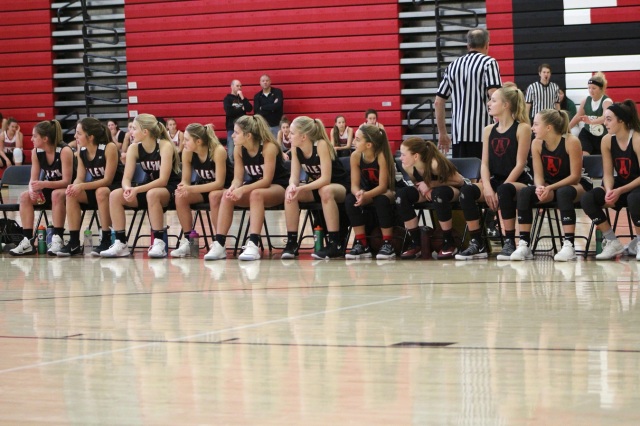 [Emma getting signals from dad?] 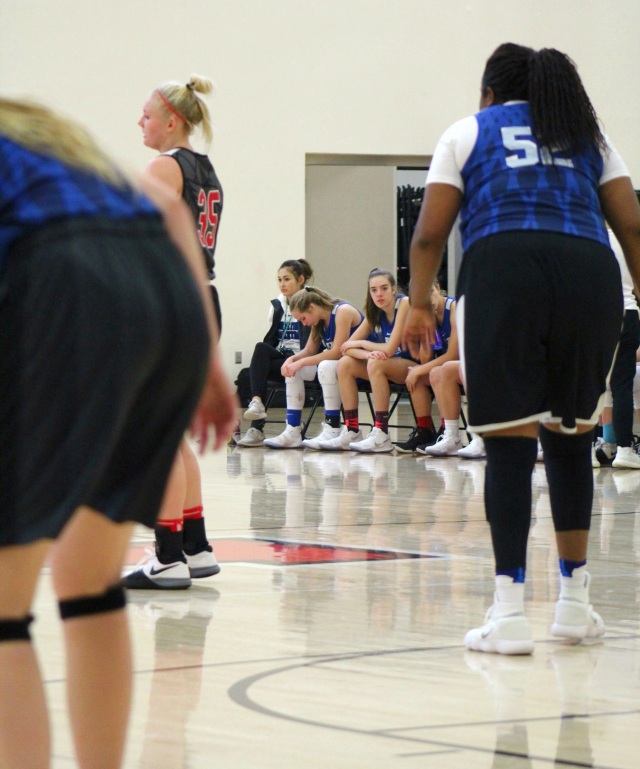 [McKenzie sets a screen.  We will be a work in progress.]

[From the high school to RCC, to a team that also went to the state tournament last year – but had a large corps coming back. This team has high expectations.]

[Against a storied hockey program from So. St. Paul.] 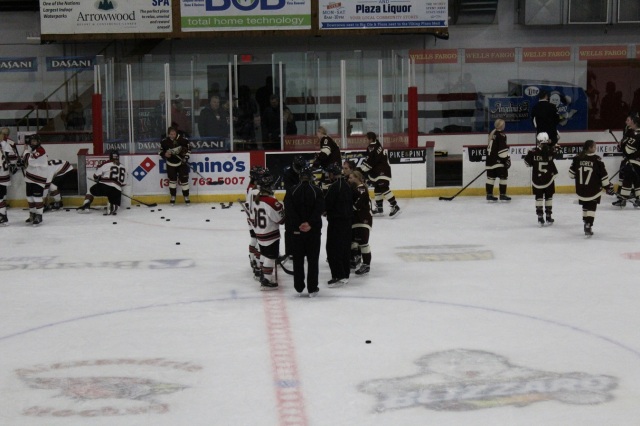 [The pre-game chat undoubtedly covering such issues as the change at the head of the Federal Reserve Board.]

[It was parents’ night – one of the few times during the season when the whole family can actually be together.]

[Then the family photo with the goal by the Amazing Mr. Ripley.]

[A legend in the State of Hockey.  Dave Palmquist has guided the Packers since before the Crusades and, I believe, has won more state championships than anyone else. This is the first time in my recollection that the Packers have played here.] 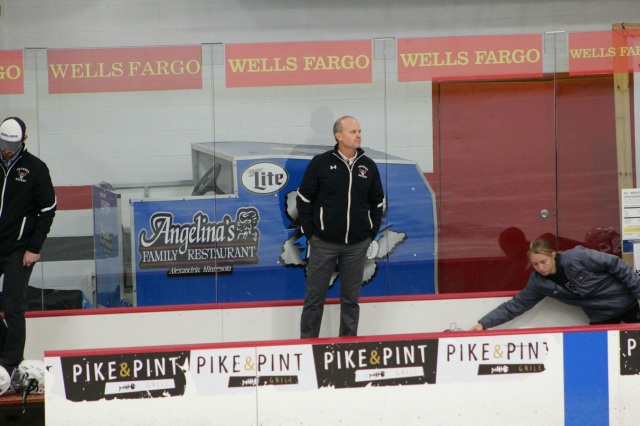 [We are the Cardinals – mighty, mighty CARDINALS!] 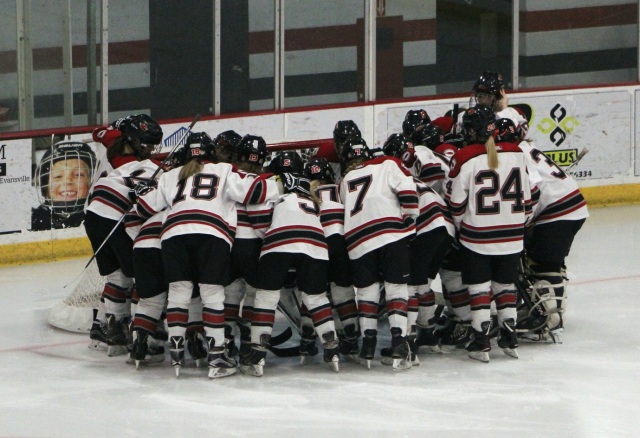 [The Packers came in with a 3 – 0 record, all on the road.  So, they are obviously good again.  And we could tell from the start of the game this was going to be fun!  Bottom to top, we have our veteran line of junior McKenna Ellingson (24), junior Alexis Heckert (20), and senior Kristin Trosvig (15).] 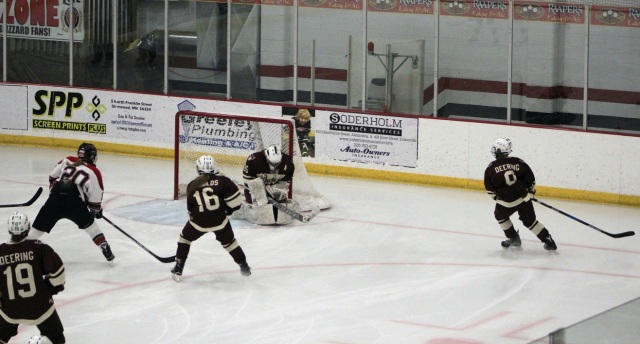 [As the Packer goalie, by far the tallest player on the ice, smothered a shot.]

[Face-off in the Packer zone.] 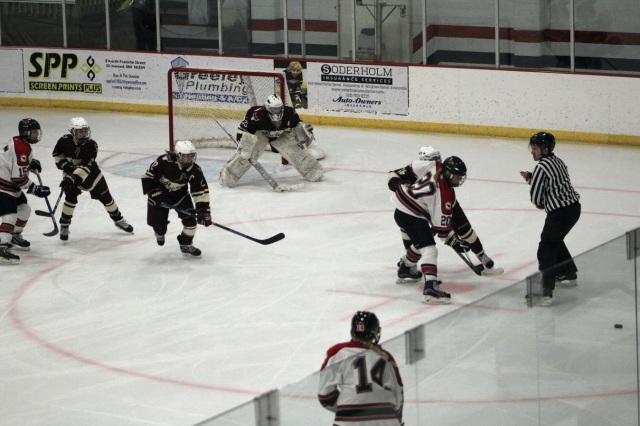 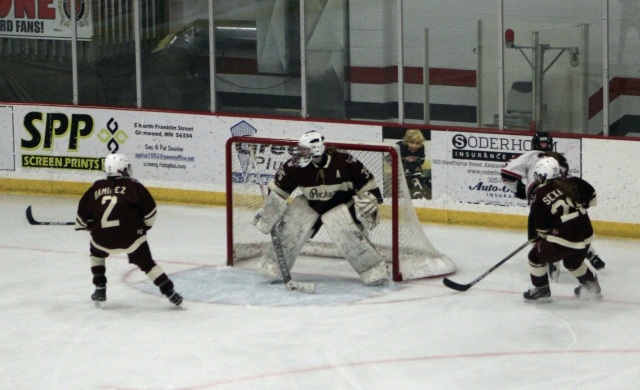 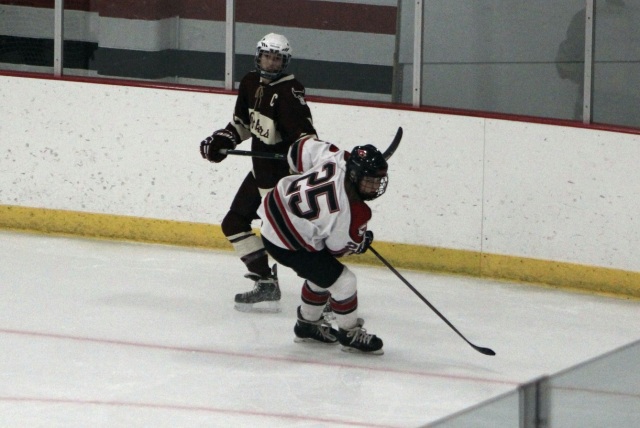 [The “Wunderkind” line of freshman Marki Oberg (10), Kaci (senior defense Talia Olson (27) behind her), and not pictured here, freshman Anna Doherty (7).  This was the key line in the game for us as what usually happens in games between two good teams happened, the 1st lines canceled each other.]

[And speaking of Anna, here she is scoring the first goal off the game on a breakaway in the 1st period . . . ] 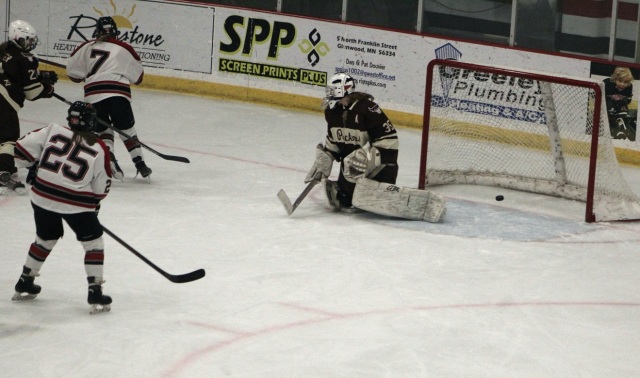 [The line of sophomore Hadley Hansen (18), junior Erin O’Kane (26), and senior Calley Richardson (19), who missed the home opener with injury.  Sophomore Mayson Toft (14) is on defense.]

[Period 2 – I can tell because we’re going the other way.] 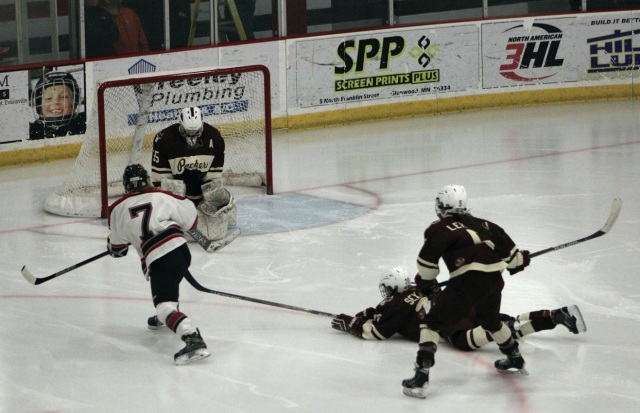 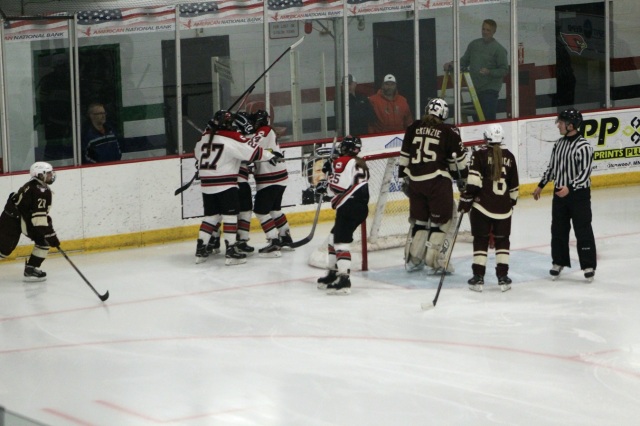 [Marki and Kaci lead another charge into the zone . . . ] 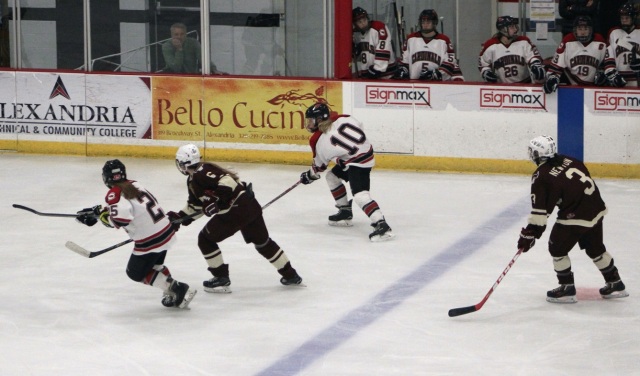 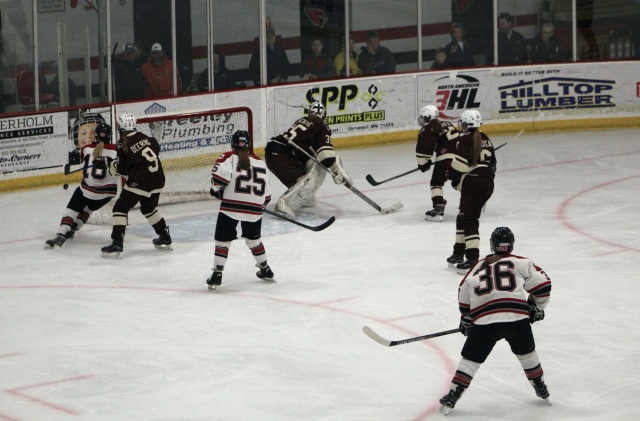 [Marki swoops in – the Wunderkinds are quite speedy.] 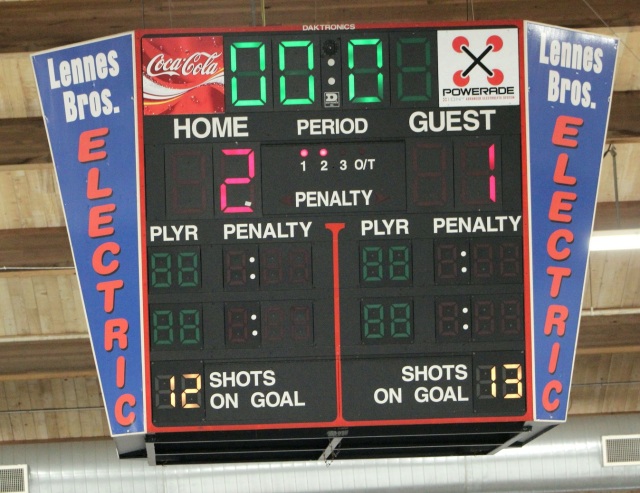 [The 3rd period begins with 6 forwards crashing into each other . . . ]

[And an immediate score by McKenna!!  Woo-woo!]

[Both teams continued the good play through the end of the game.  A nice win by the Cards against a quality opponent.  (The reported shot count was the reverse of what’s on the scoreboard?] 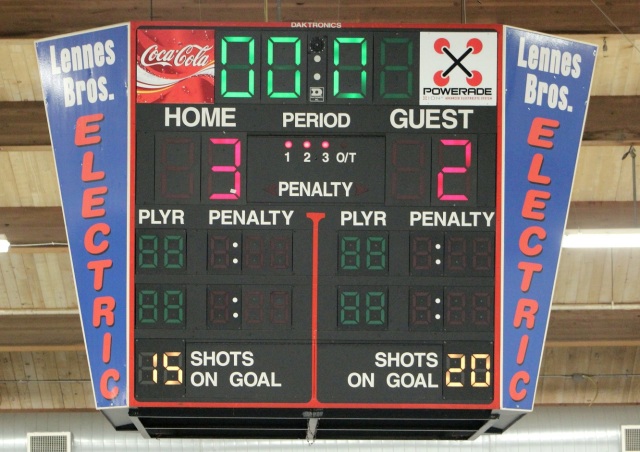 [And then it was on to Anthony at the winery.  Another Saturday full house – we were joined eventually by the Crown Prince and Princess of Ashby.] 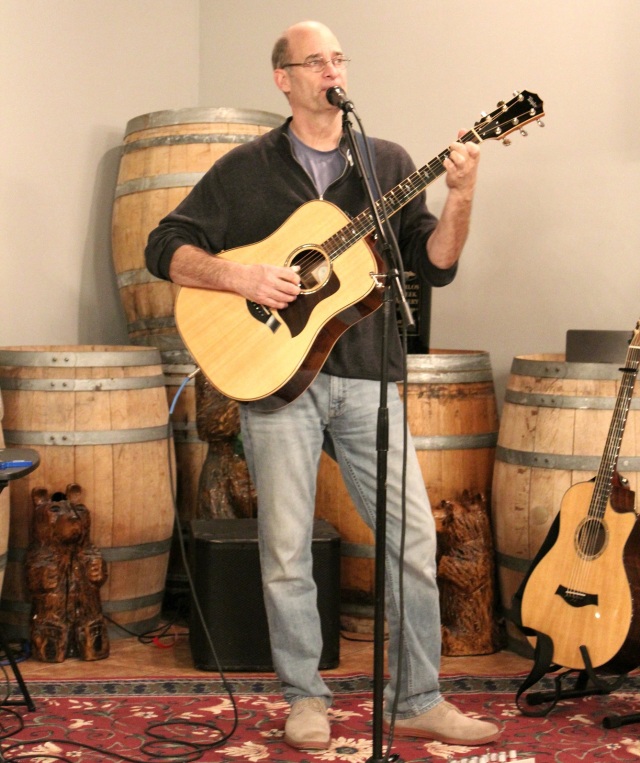 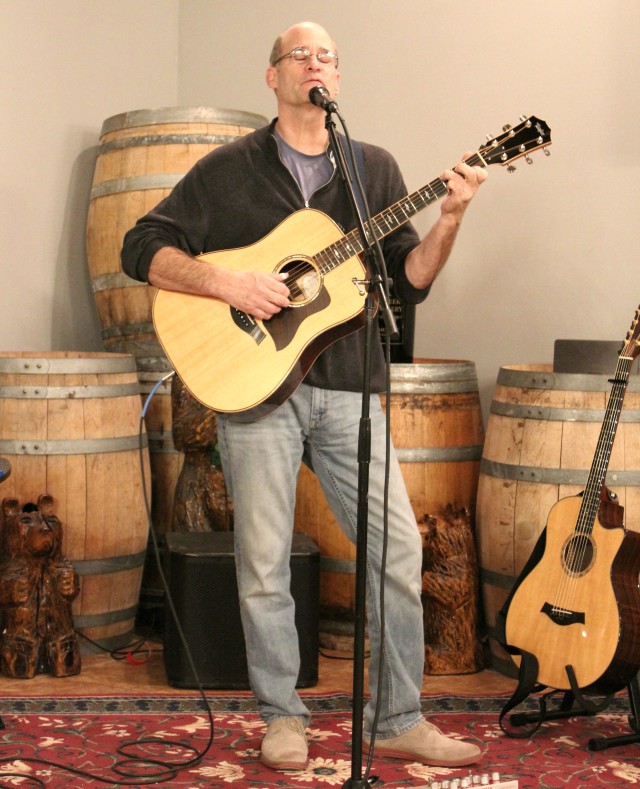 In keeping with the spirit of the season, I was thankful for a wonderful 24 hours in our Alexandria cocoon, a respite from the ongoing chaos all around us!

True terror is to wake up one morning and discover that your high school class is running the country.  ~  Kurt Vonnegut, Jr.