[Arriving at the high school at sunset for the opening round of sections.] 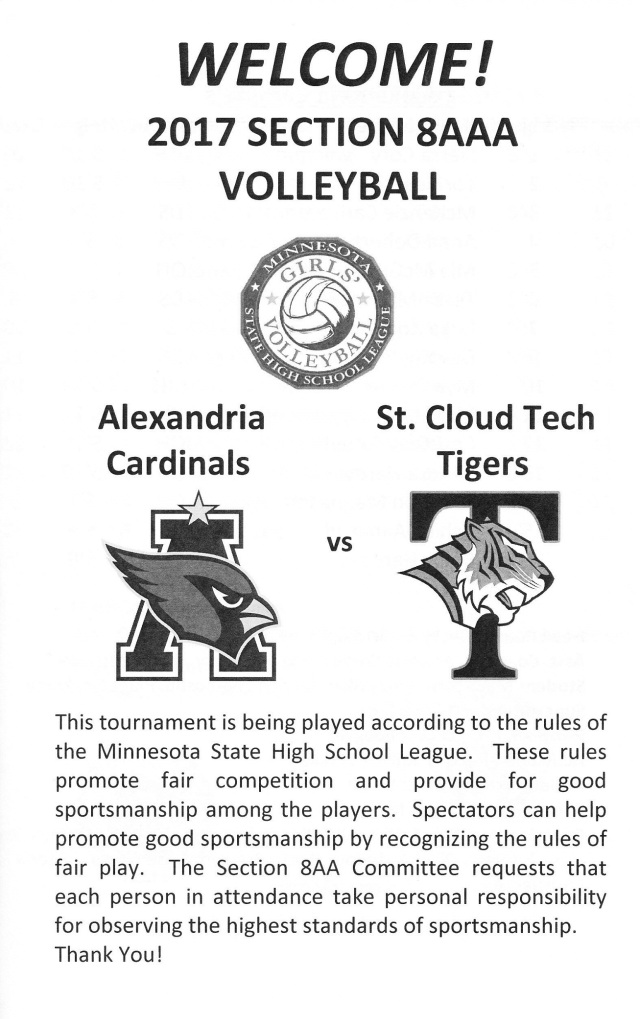 [And eventually return to earth as Kendra Hardy (13) prepares for an incoming ball . . . ] 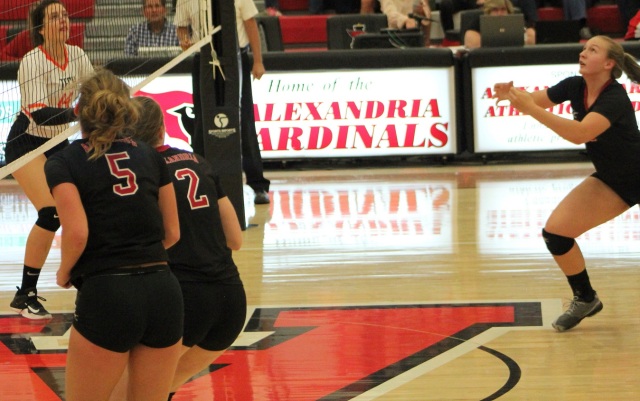 [Hooray for us!  With libero Devany Johnson (9) joining in.] 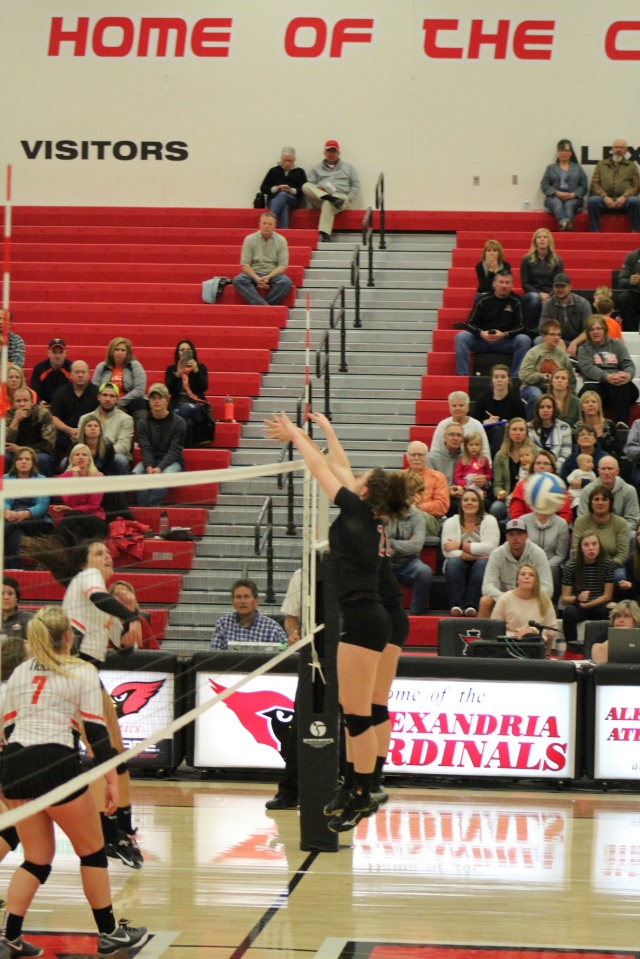 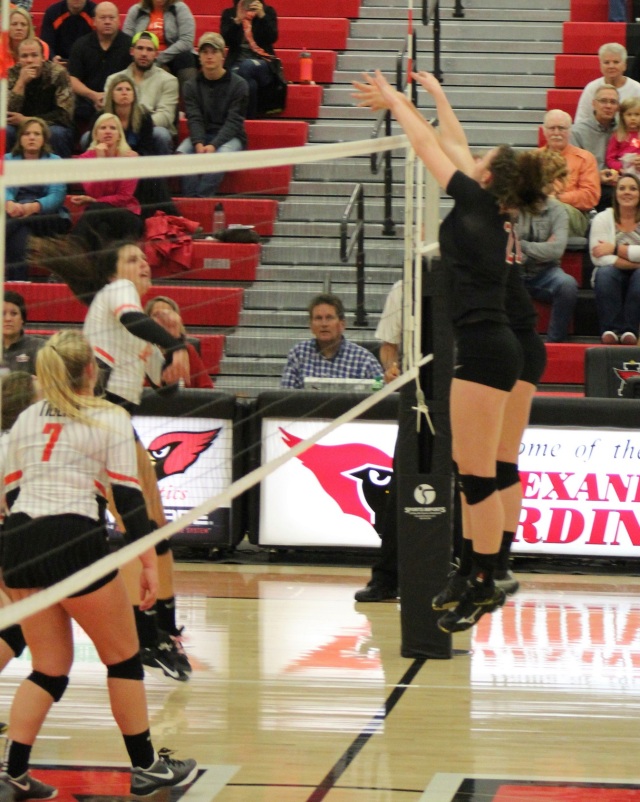 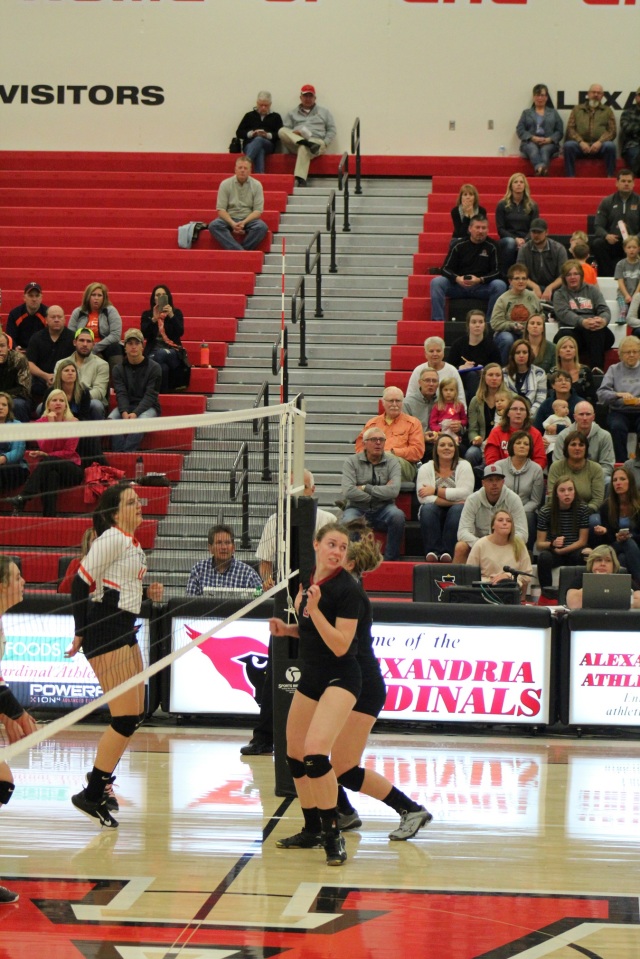 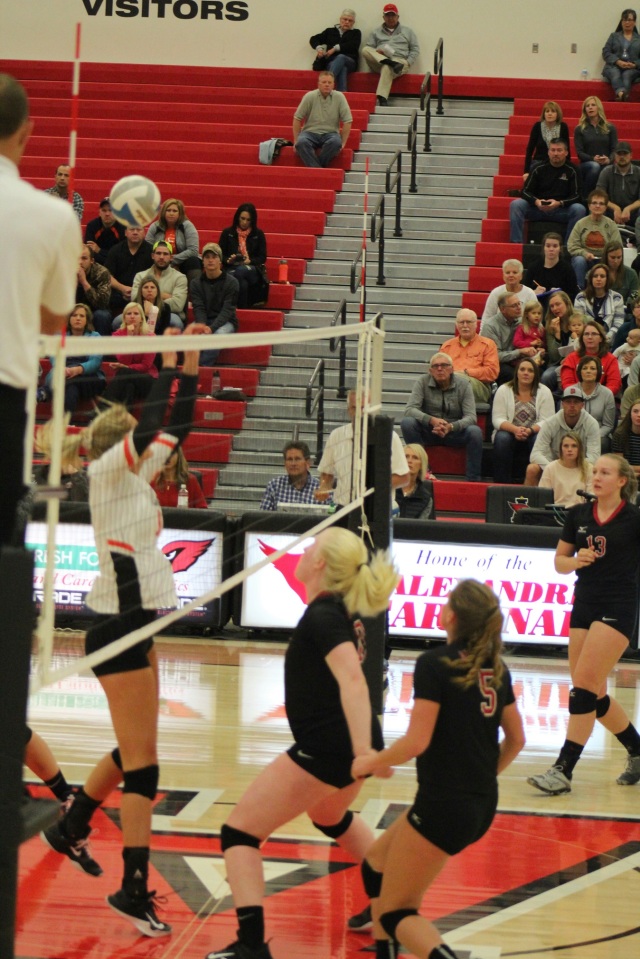 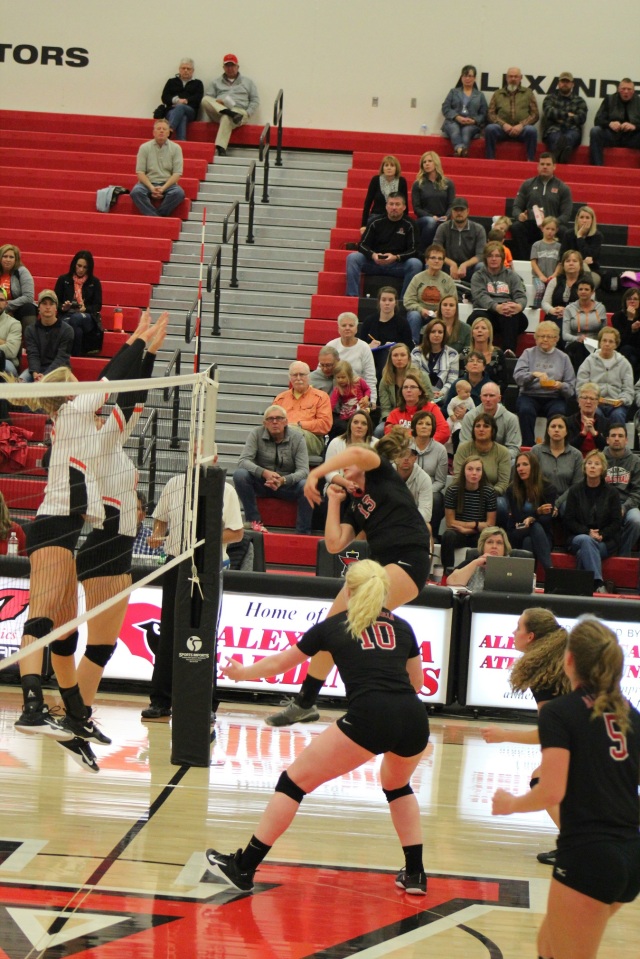 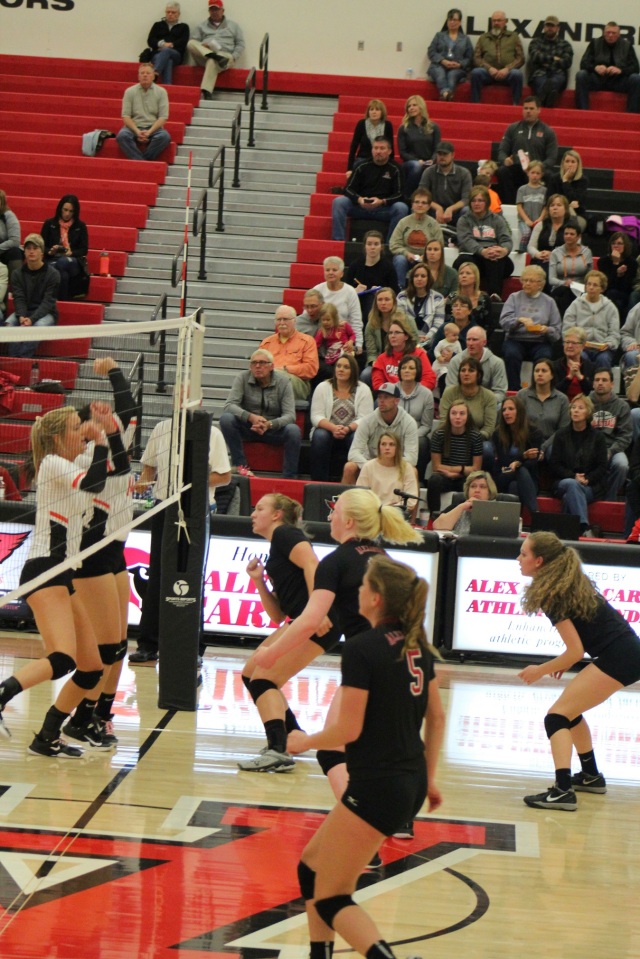 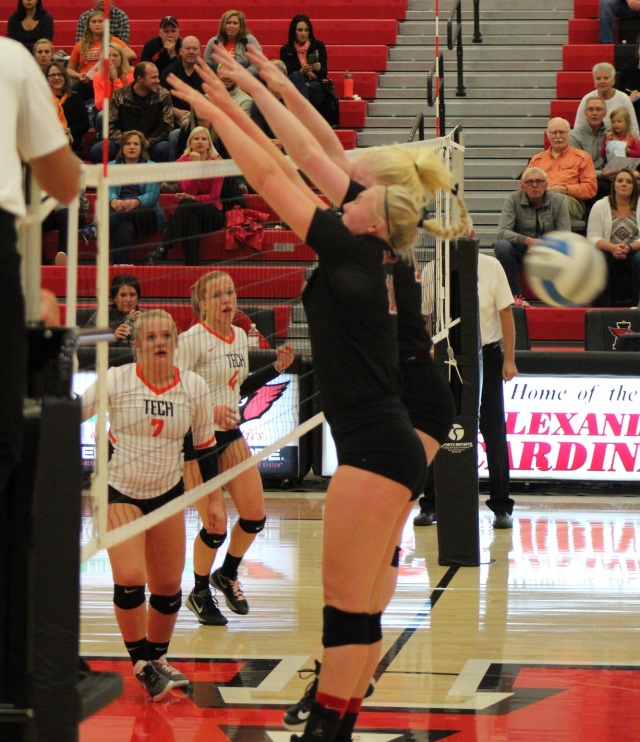 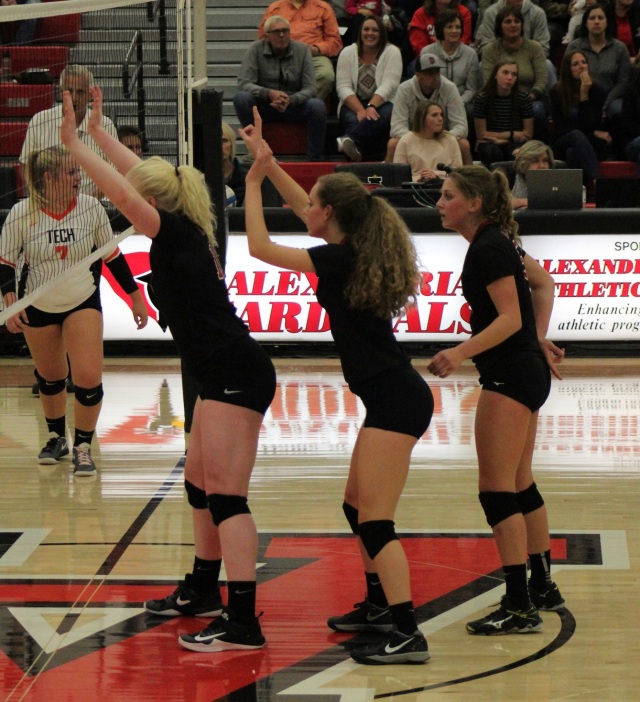 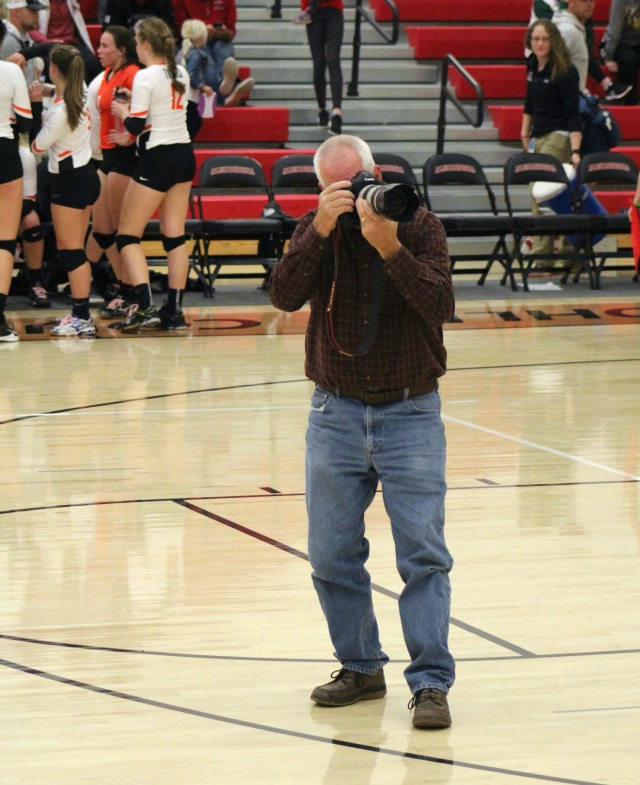 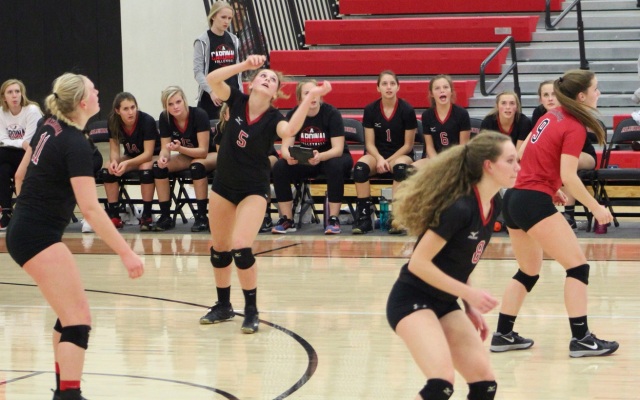 [A finally got a shot all photographers shoot for – Kendra is airborne for a kill!] 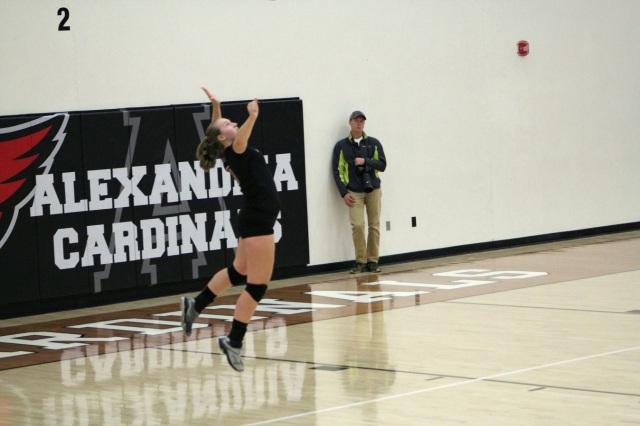 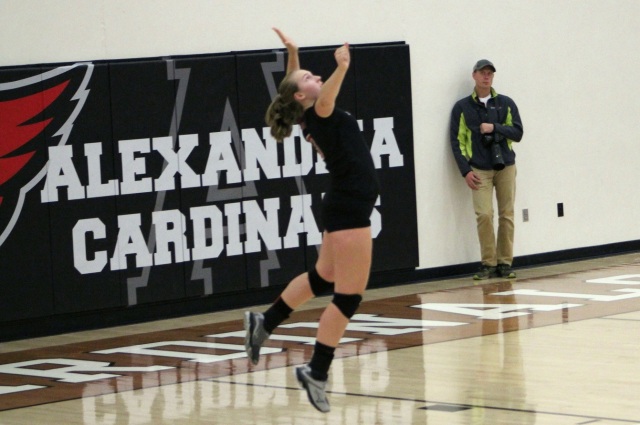 [I think even the team would say they were visiting another planet during this game – nothing went right.  Fortunately, we regrouped to win the match in 4 games.  And then the team went on to win in 5 games at Bemidji.  We play Willmar, the No. 1 seed, at their place in the section semifinals.  We should have a fair degree of confidence as we beat them there in 5 games during the regular season.  In other Cardinal news, the football team went to Moorhead and turned around a regular season result with a 27 – 20 win.  We next play at Brainerd in the section semifinal, hoping to avenge the regular season game we let get away.]

Volleyball, I could be pretty good. After a few practices I could be that striker, or whatever they call it.  ~  LeBron James

Up Next:  Bill Staines