In real time, it is now August 17 and photos of a new Hoosier have just been posted on Facebook.  George Mulder, of solid Minnesota stock, is entering IU’s Musical Theatre program, with the phase-in period aided and abetted by the most famous Hoosier of them all, Reetz (well, tied with her sister, the other ‘Biddie’).  Here’s George, with his folks Nicole and John of Eden Prairie, Minnesota, with the aforementioned Reetz doing some fine dining somewhere in Hoosierland.  At some point this year, George’s Alexandria grandparents will make the trip to Bloomington to see his first stage performance.

And now back to our regularly scheduled programming . . .

[Another beautiful morning at camp lakeside . . . ] 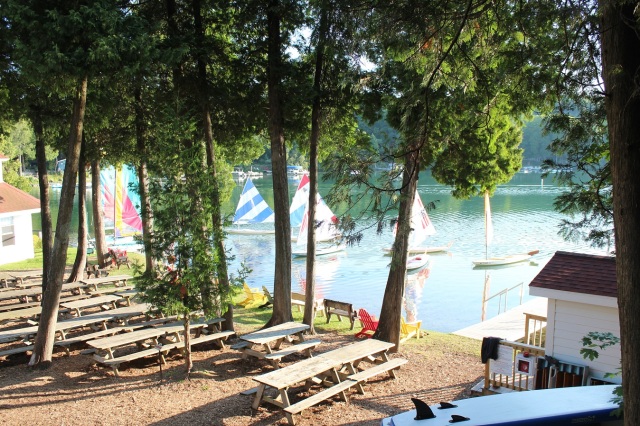 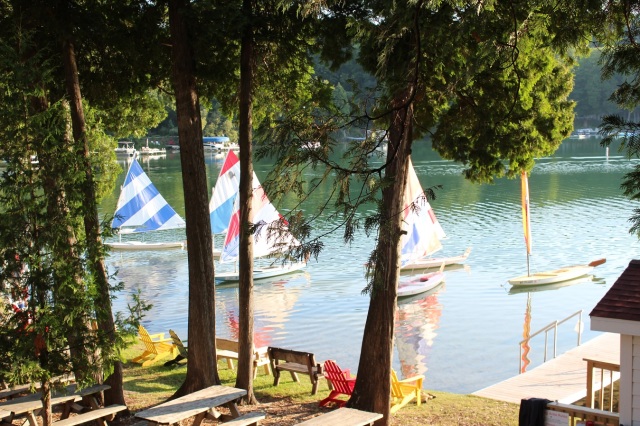 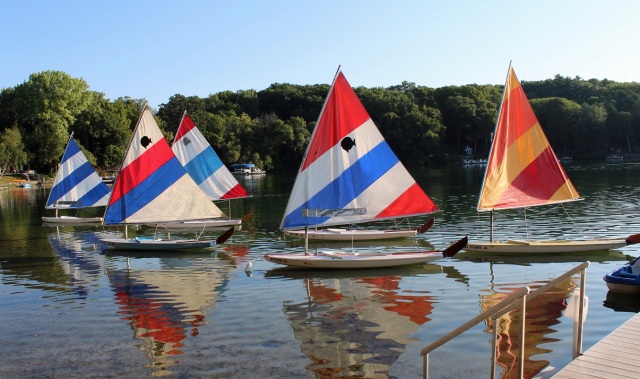 [And the birdie song.]

[It was going to be a big morning . . . RACE DAY!!!  Here Ruthie’s Baby sits out front of our cottage, Rappaport, ready to leave for Road America.  Three members from Rappaport – Katie, Beth, and Chris – were going to compete at that internationally-famous venue . . . ] 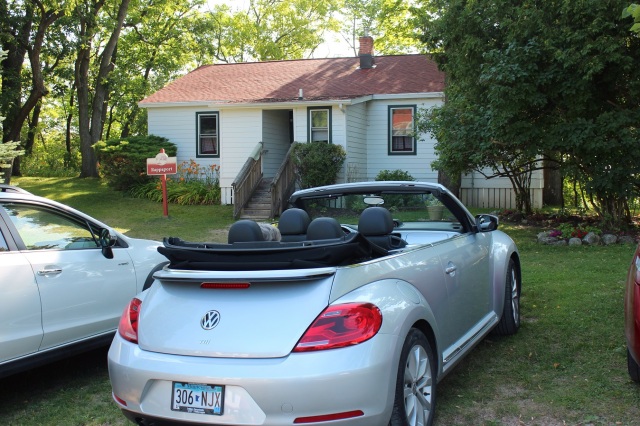 [And in short order, we arrive – well, it’s in Elkhart Lake.] 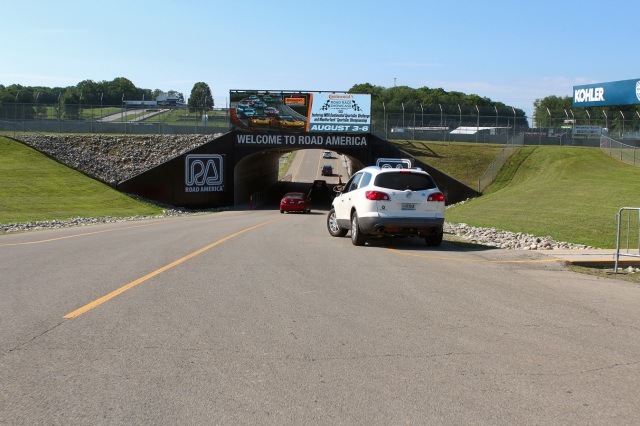 [Past various buildings, restaurants, stands, and such . . . ] 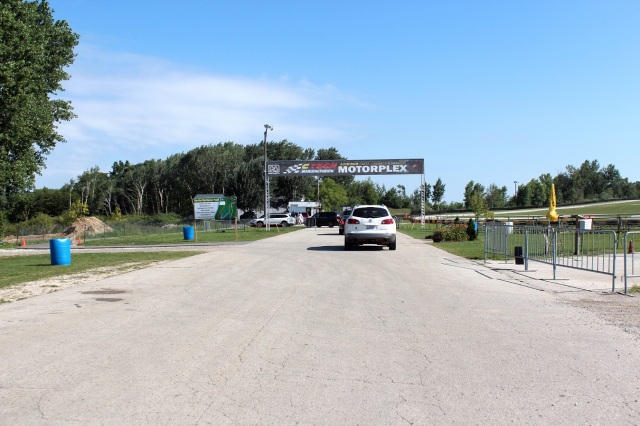 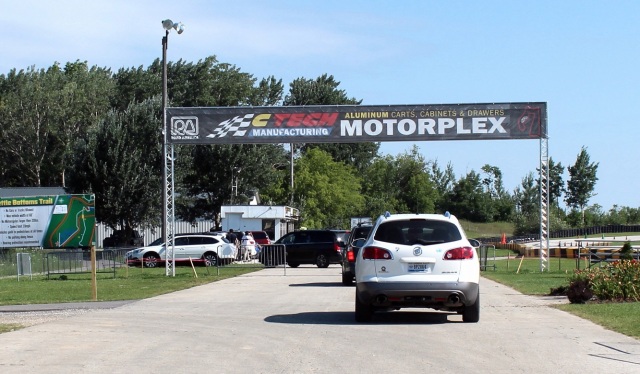 [General milling around while the crowd purchases their tickets . . . ] 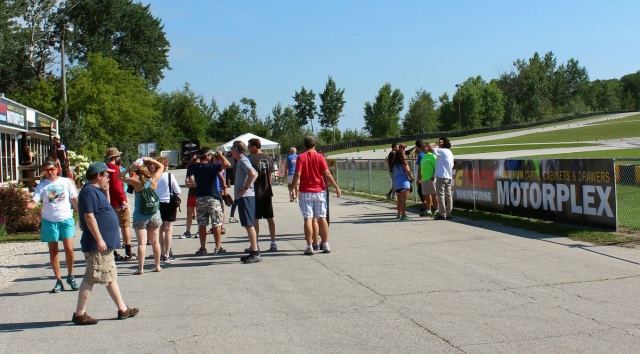 [Certainly must be a heat favorite after her successful negotiation of the Subaru from Sheboygan to Elkhart Lake!] 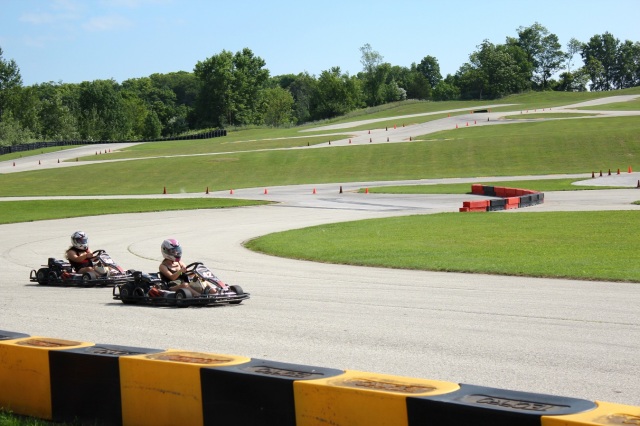 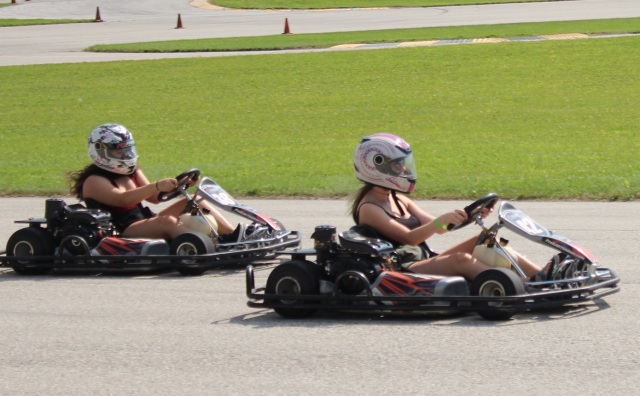 [And now I begin to cover some of the other campers coming through, I believe this is Chris . . . ] 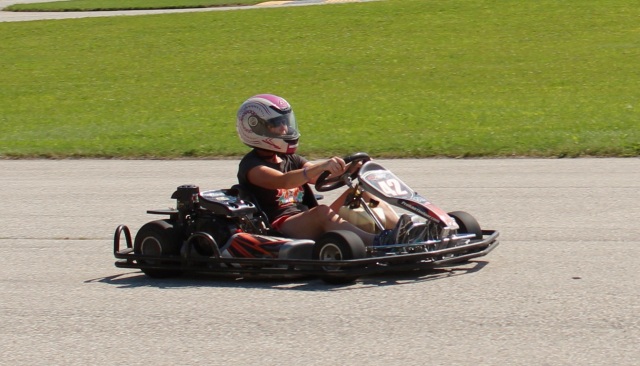 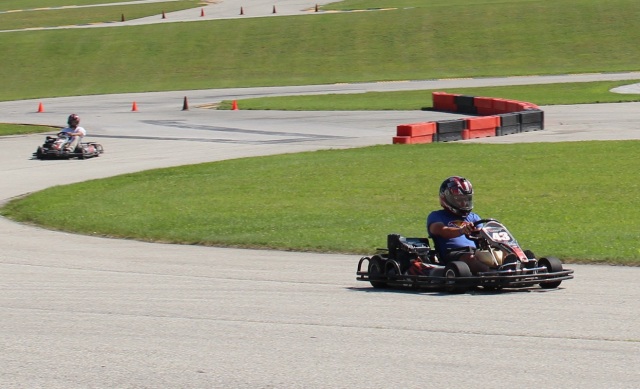 [Kent Longardner, the youngest son of the DOM and Vick, who as a pair have been coming to Brosius for 39 years . . . ]

[Jenny Longardner, related by marriage to the previously mentioned Kent.] 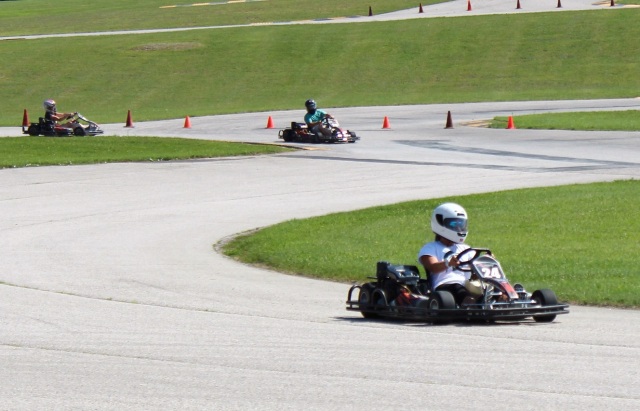 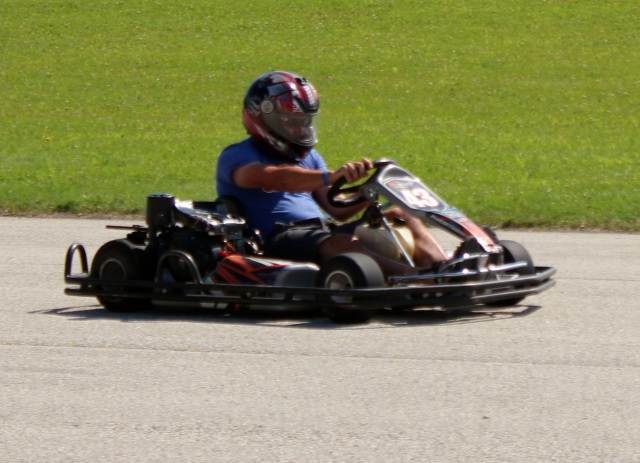 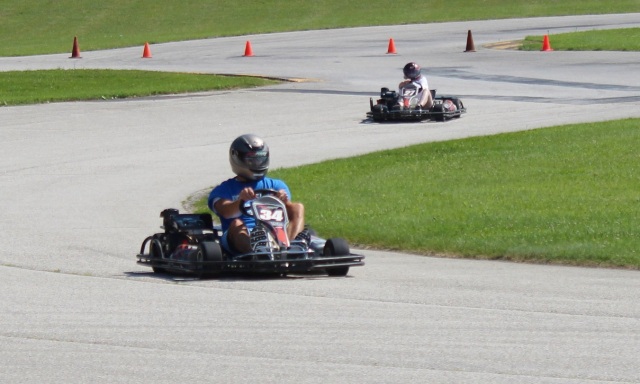 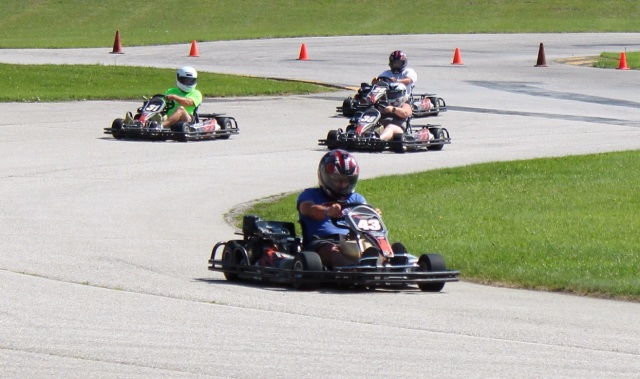 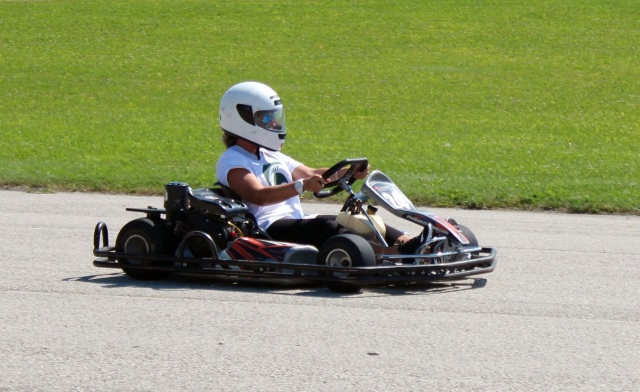 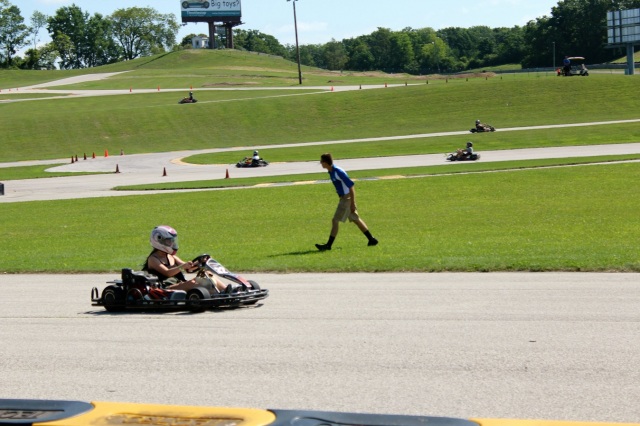 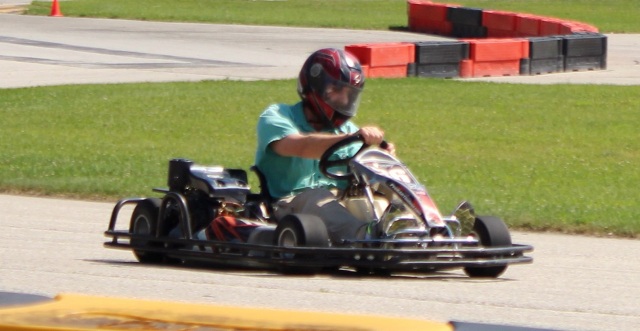 [Time to go . . . the big boys were having a major event here later in the week.] 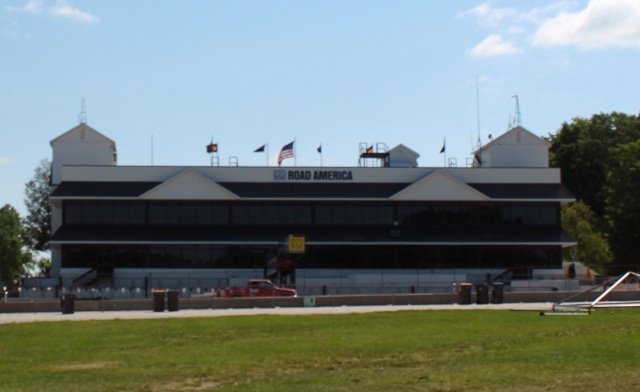 [So what does one do after a hot morning of racing?  Go to the winery!] 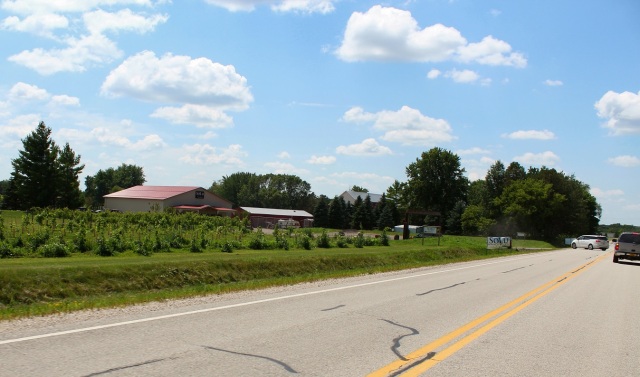 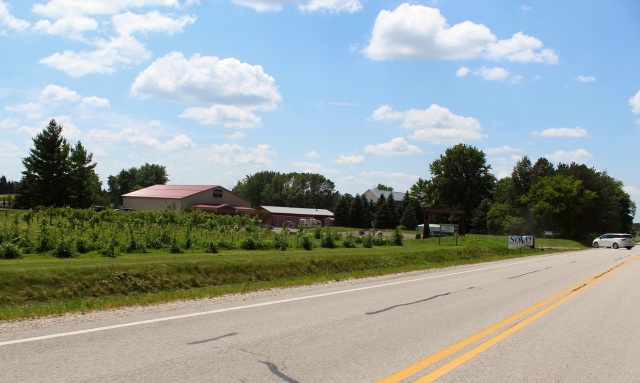 [This winery is really quite new but appears to have big plans . . . ]

[They have a vineyard, and . . . beehives!  Their number one wine, at the moment, and maybe will be their specialty, is mead (honey wine was humankind’s first alcoholic beverage . . . ]

[That’s fine, I find mead quite tasty.  But they also have a lot of the basics, and in their vineyard are growing Marquette and Frontenac grapes.] 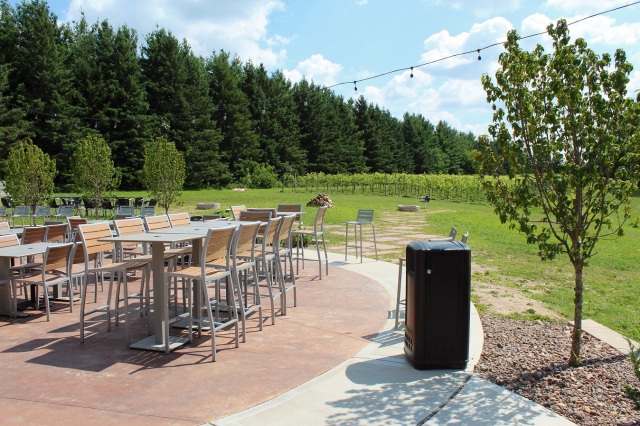 [And through our tastings, the Super and I settled on an ice wine (always good) and a Traminette (like gewurztraminer) . . . ]

[And I believe this night was actually “adult dining” night (the kids are sent to town for bowling and hot dogs), though the DOM seems totally nonplussed about it all . . . ] 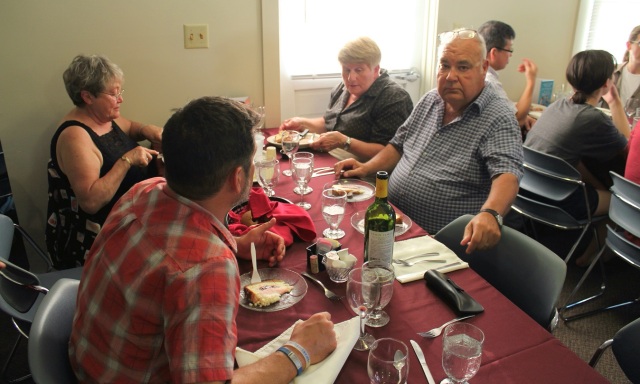 [And then in continuation of an already busy day, it was university program night. Every year someone from the university gives a one night presentation to the campers about their area of expertise.  This year it was Marla Mock on diabetes.  I asked if I could take her picture because she looked like Alexandria’s school superintendent, Julie Critz . . . ]

What I know about auto racing could be inscribed with a dry Magic Marker on the lip of a Coke bottle.  ~  David Foster Wallace