[Continuing our tour of Halifax, picking it back up again at the Citadel . . . ] 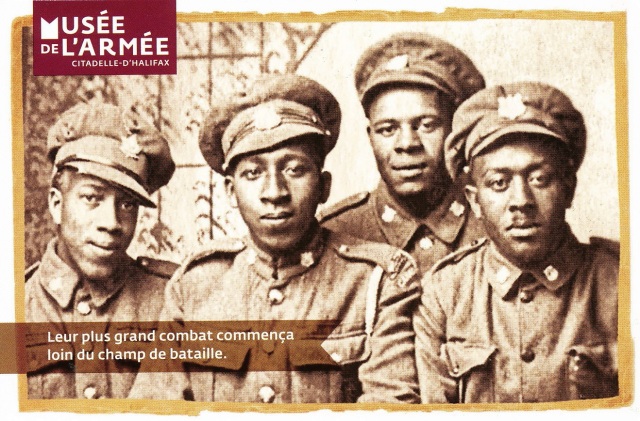 [We have entered the Citadel, and here’s a little history I was not aware of at the time:  At the time of the American Civil War, Canada did not yet exist as a federated nation. Instead, British North America consisted of the Province of Canada (parts of modern southern Ontario and southern Quebec) and the separate colonies of Newfoundland, New Brunswick, Prince Edward Island, Nova Scotia, British Columbia, and Vancouver Island, as well as a crown territory administered by the Hudson’s Bay Company called Rupert’s Land. Britain and its colonies were officially neutral for the duration of the war. Despite this, tensions between Britain and the United States were high due to incidents on the seas, such as the ‘Trent Affair’ and the Confederate commissioning of the CSS ‘Alabama’ from Britain.

Canadians were largely opposed to slavery, the preservation of which was the main goal of the Confederate States of America, and Canada had recently become the terminus of the Underground Railroad.  Close economic and cultural links across the long border also encouraged Canadian sympathy towards the Union.  Between 33,000 and 55,000 men from British North America enlisted in the war, almost all of them fighting for Union forces. The conservative press in Canada East supported the secession and ridiculed the Yankees as lacking in morality.  There was talk in London in 1861–62 of mediating the war or recognizing the Confederacy. Washington warned this meant war, and London feared Canada would quickly be seized by the North.  (Wikipedia)]

[In other words, Canada became a country, at least in part, out of concern about being attacked by the good ole U. S. of A.]

[Tourists amass for the changing of the guard.]

[A display with a black powder rifle.  It made a heck of a noise, but he did hit the wall.] 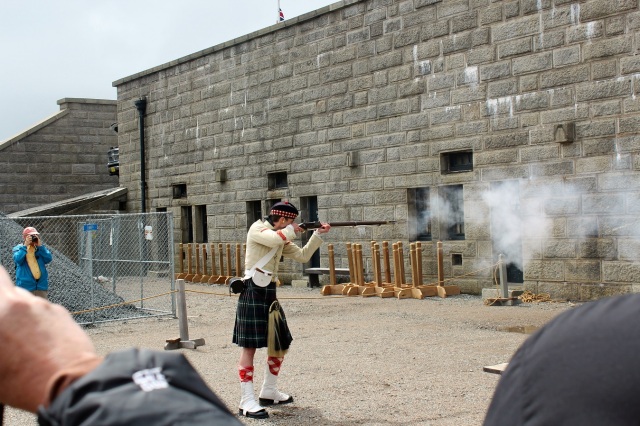 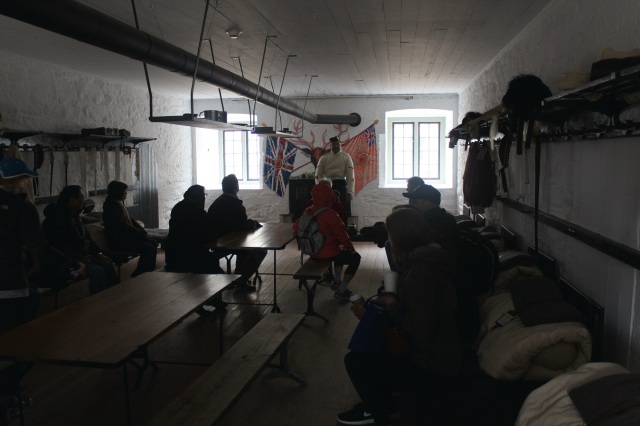 [The overlook from the top of the Citadel – its cannons could cover the river.  And that’s Georges Island out there.] 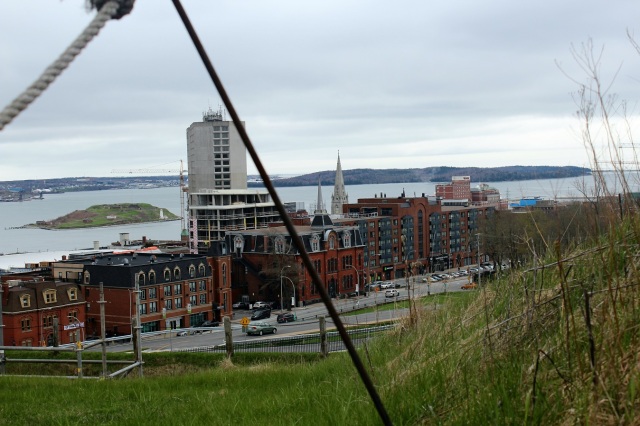 [These are not ship masts – they were used to display different color flags/banners for communication up and down the river.] 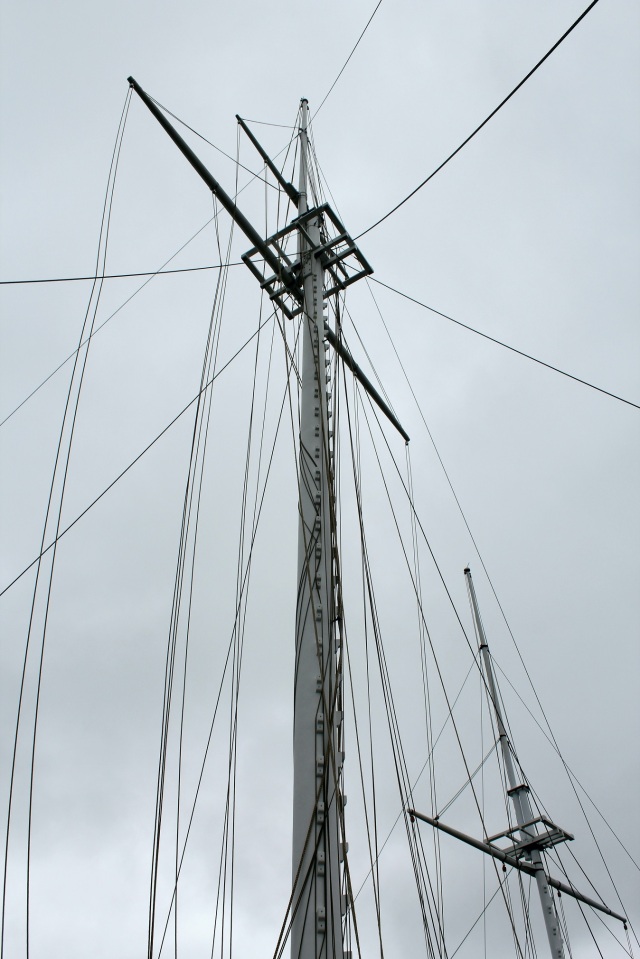 [Inside the Citadel from the surrounding wall.]

[Our boat’s down there somewhere – Georges Island is just to the left of the tall white building.]

[She gave us a commentary about the changing of the guard.  I wanted to bring her home too, but I was already rejected concerning Anne of Green Gables.] 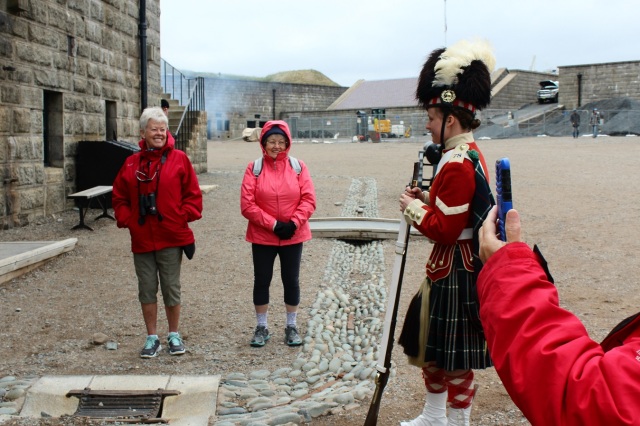 [Now how does that kilt song go again?]

[There’s the river, where we assumed our ship was still berthed.]

[St. Paul’s Church, the opposite side of the plaza from City Hall] 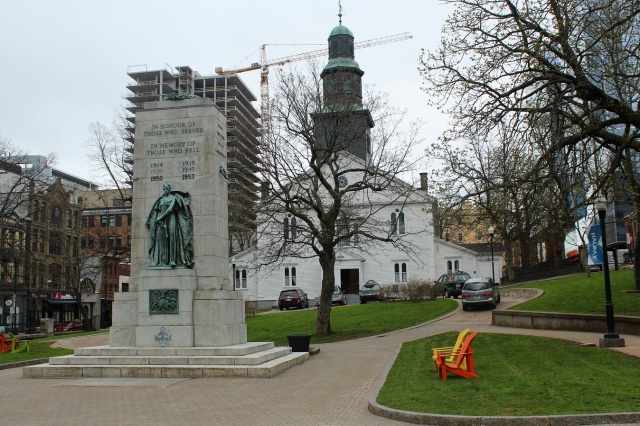 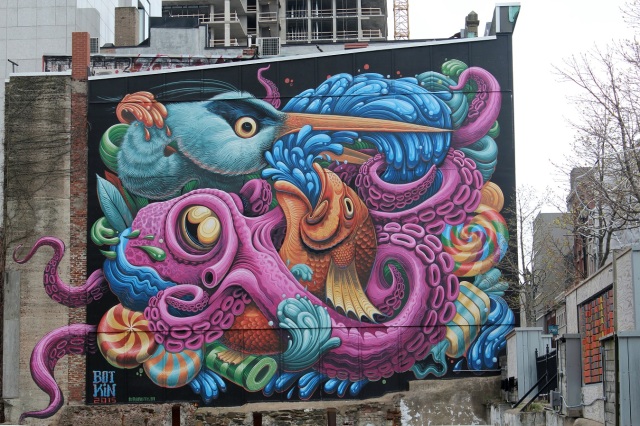 [This just for our Hawaii host.] 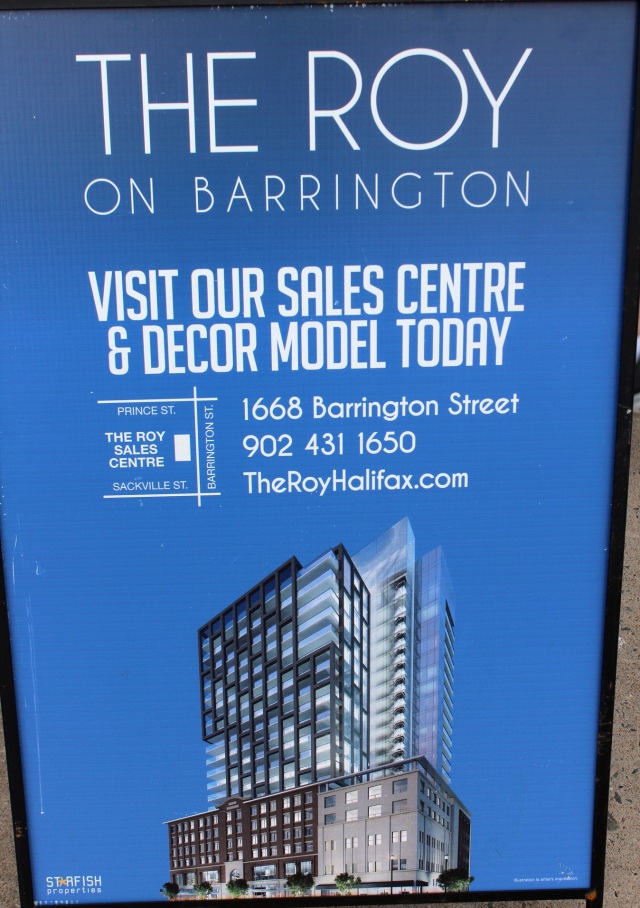 [Aha, a Tim Horton’s!  You may recall way back in Montreal we tried a smoked meat sandwich.  Well, this was our last day in Canada and we had yet to have a Tim Horton’s doughnut or . . . poutine!] 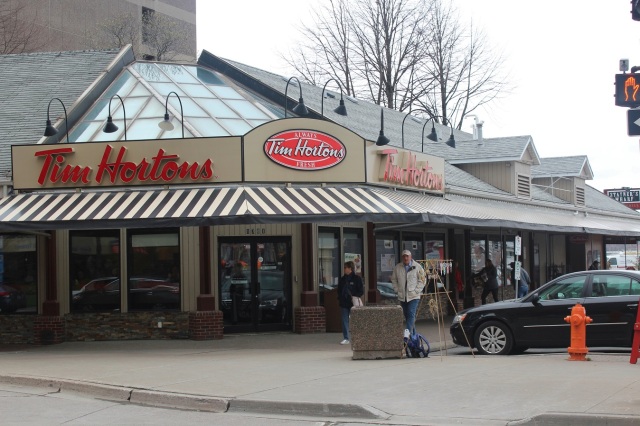 [The poutine came first – we found a restaurant on the waterfront where the server said they would whip up a batch for us!]

[And there it is – french fries covered in brown gravy and melted mozzarella cheese (the ‘true’ recipe uses cheese curds, we were told, but one makes do).]

[Yum, one order for 3 was more than enough!]

[And this is where we ate.  Our server was a hoot.  She had just returned from a vacation in Cuba – then I realized that’s no big deal for Canadians.  I asked if she brought back any cigars.]

[Then back to Tim Horton’s for dessert – The Super caught us ogling.]

[Tummy’s full, we began the river walk back to the ship.] 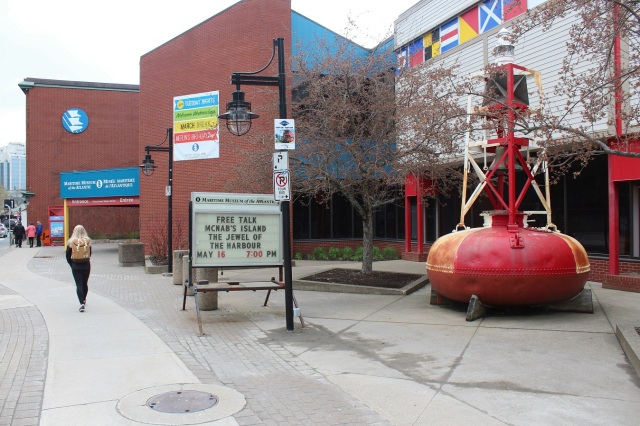 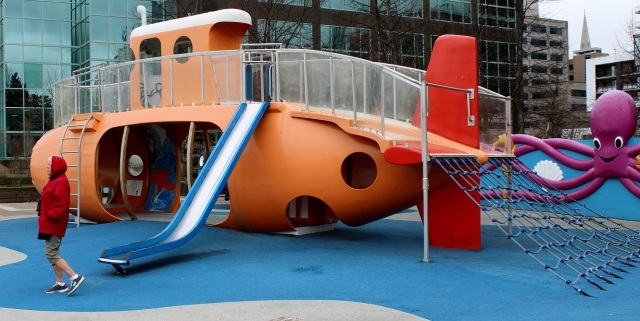 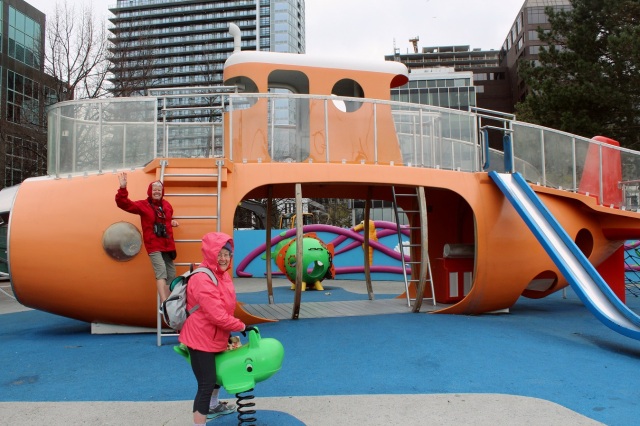 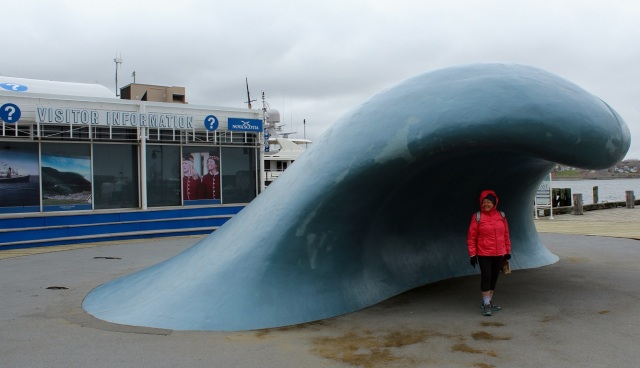 [The Super and I acknowledge our heritage.] 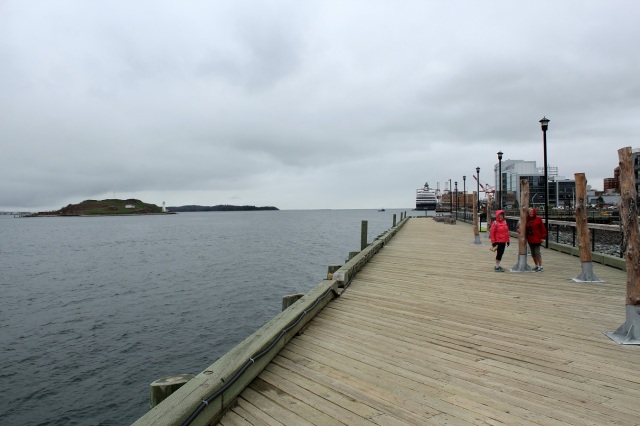 [We have walked the metropolis of Halifax and found our way home.  And cooler weather is really great for long walks.] 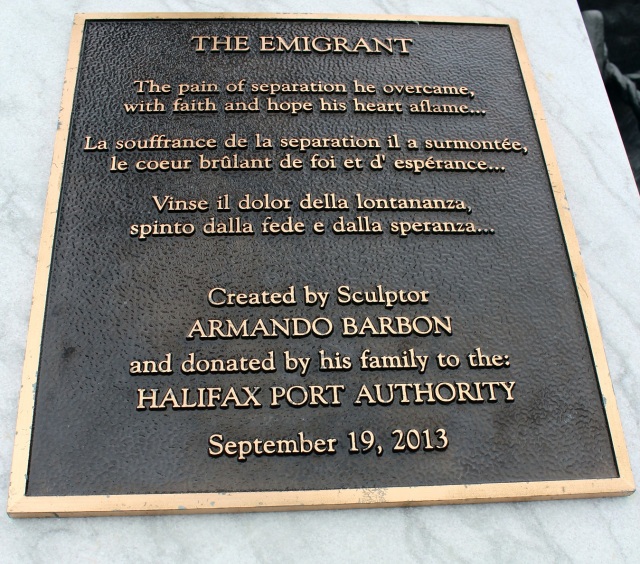 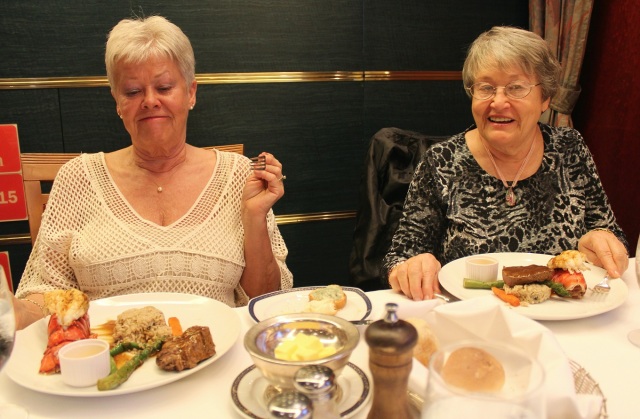 [Looks good, whatever it was?]

[A monkey was hanging around when we got back to our room.]

[And yet we still had enough energy for a musical interlude . . . ]

[Of course I can’t remember the group’s name, but we enjoyed listening to some old time rock ‘n’ roll.  We would be back in the States by morning.] 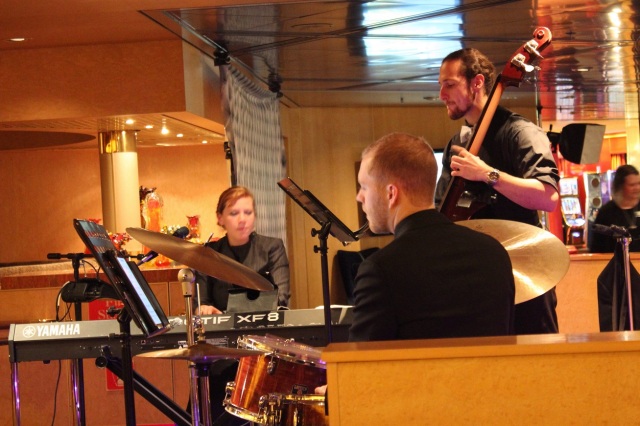