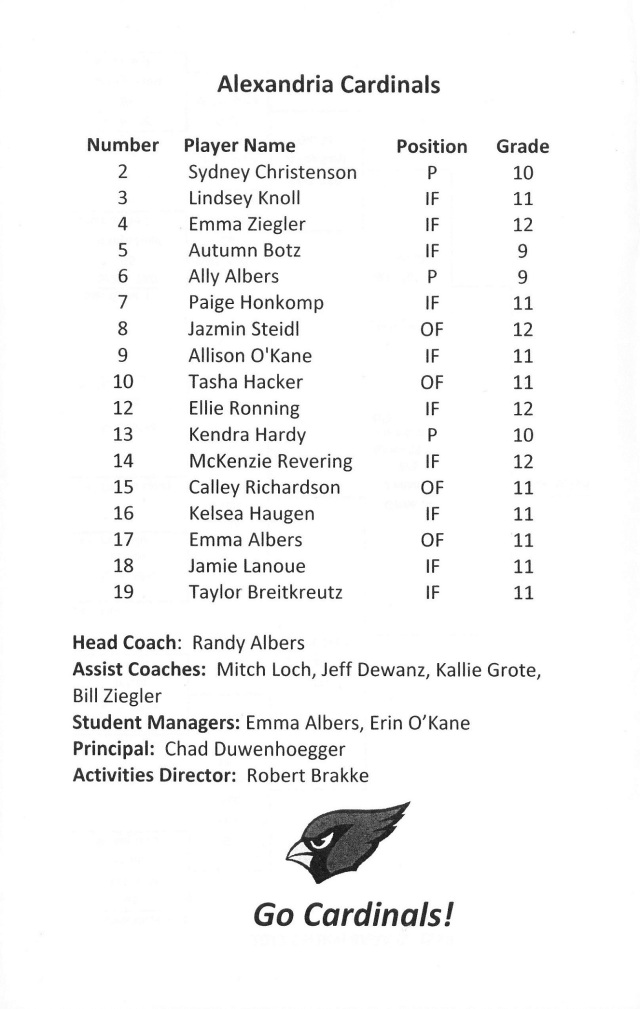 [Game day was gray, gloomy, and windy – so what else is new?  Captains, coaches, and umpires met at home plate in spite of it all.  The section’s No. 2-seeded Cardinals were hosting the 7th-seeded Little Falls Flyers (Flyers, because that’s where Charles Lindbergh was from, don’cha know).]

[Zig attempted to bunt for a hit but they got her by a whisker (or its equivalent).] 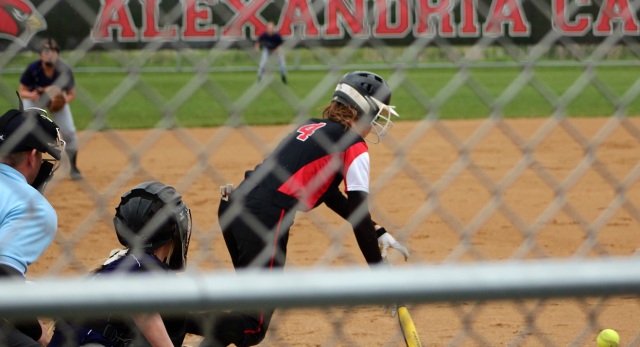 [Lined a single to right – yeah, I know, the chain link won the focus battle here.] 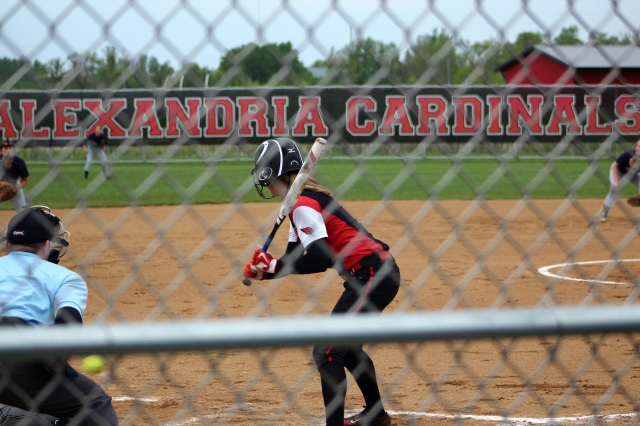 [Who also singled.  We always say she will keep her batting average hovering around .600 as long as she doesn’t go into any 2-for-4 slumps.]

[Batting cleanup, the aforementioned Calley who just got under one a bit.]

[And then Kendra looking to help her own cause.]

[Or that one either!]

[Whoa, what was that remark about whiskers?] 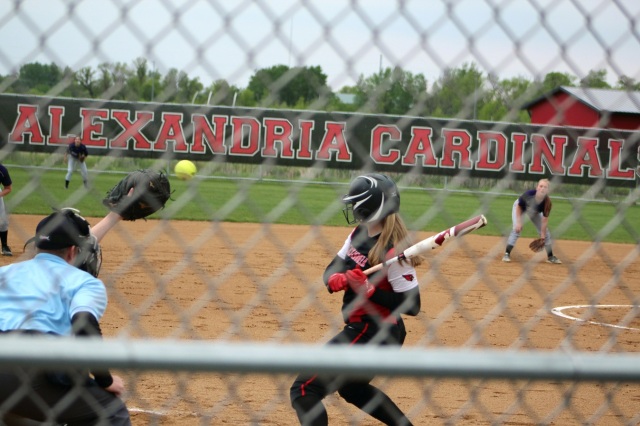 [We didn’t score in the first, but in the 2nd junior Taylor Breitkreutz, who I have reason to suspect was playing righfield . . . ] 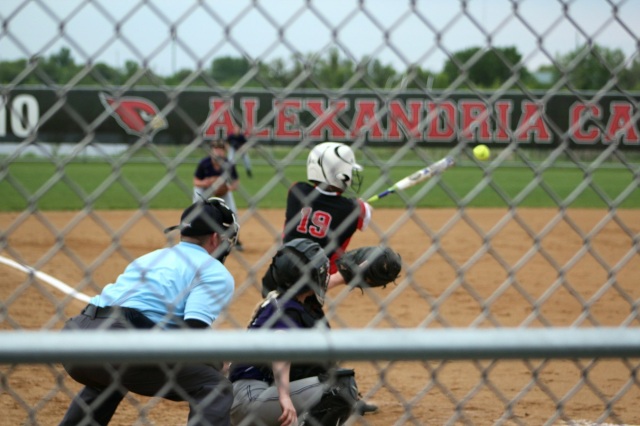 [Scorched, as all good hockey defenseman do, as single to left.] 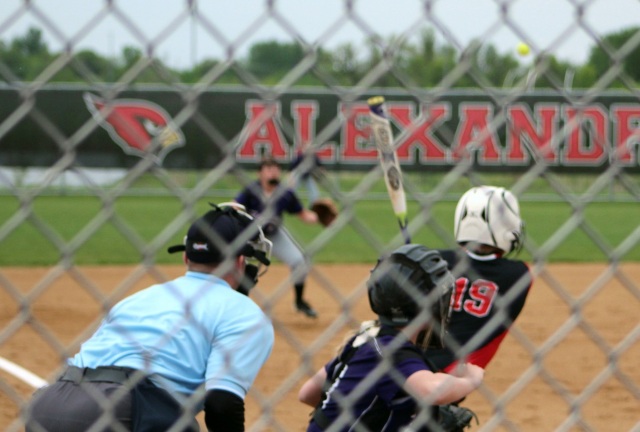 [Junior catcher Jamie Lanoue (18) butted Taylor to 2nd (I think?) and was safe herself.] 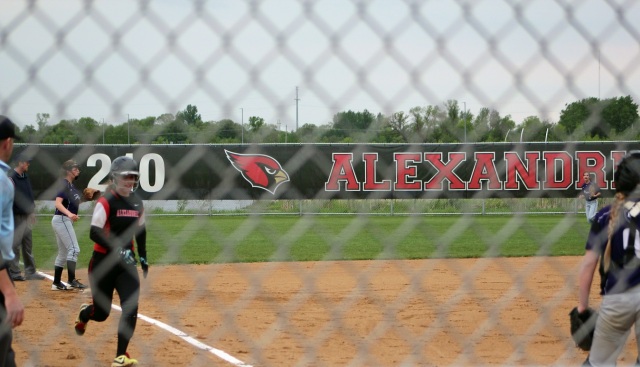 [That stayed in focus!] 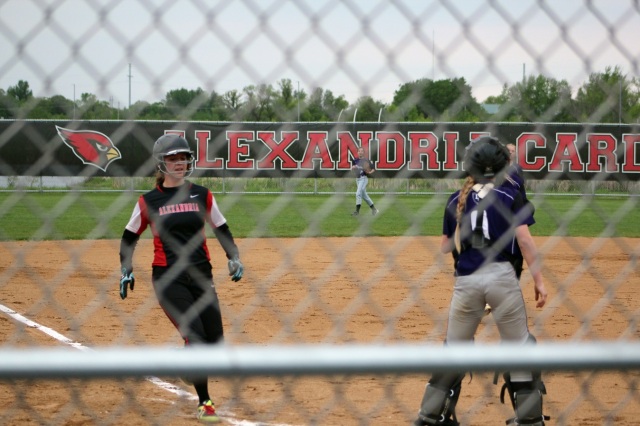 [I must have missed some at bats here, because here’s Calley again?  Those quick naps are refreshing.] 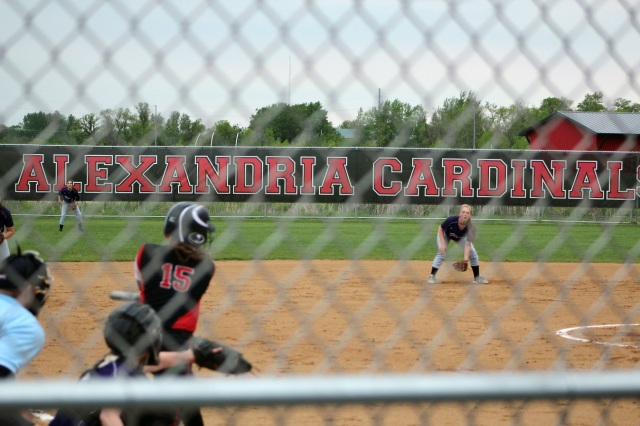 [And senior 3rd baseman McKenzie Revering (14), who I some how missed the first time through the lineup . . . ] 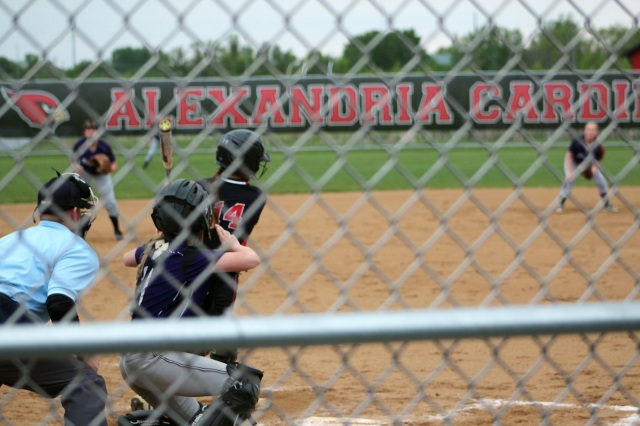 [Rev had two hits for the day.]

[Power to the opposite field.] 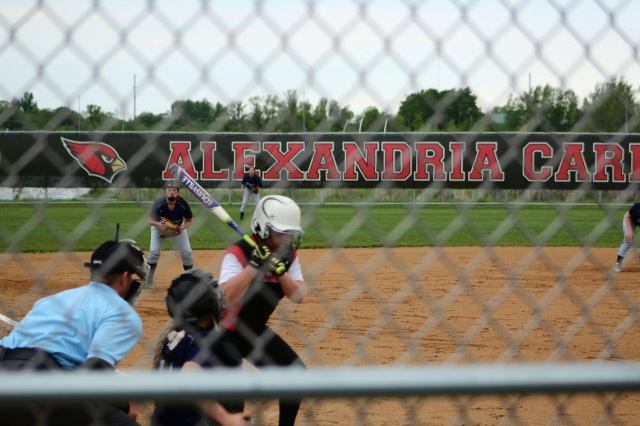 [And then she (I’m just going by the white helmet) scored again, as the hits kept coming.] 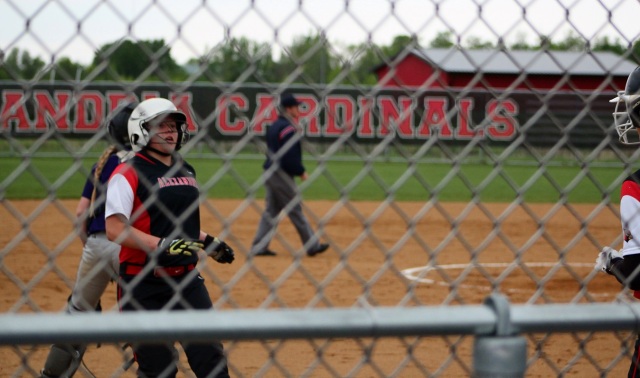 [As Zig steps to the plate.] 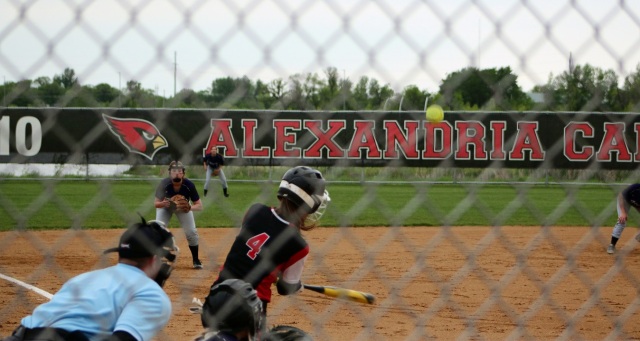 [I’m no longer sure where we are now in the grand scheme of things, but the Cards scored 5 runs in the 2nd and 3 runs in the 3rd making the outcome only dependent on the final score.]

[Allison ducks under one but she, like her fellow hockey defensemen Rev and Taylor, also had two hits on the day.] 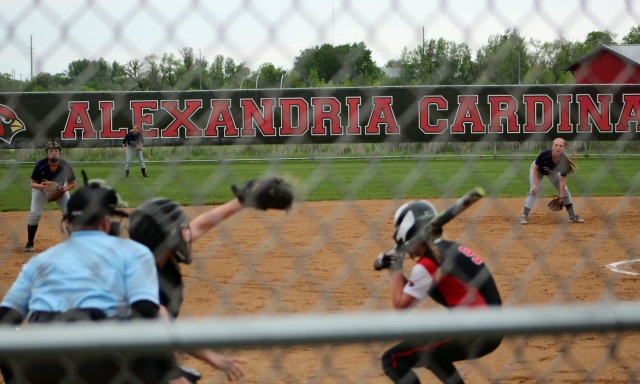 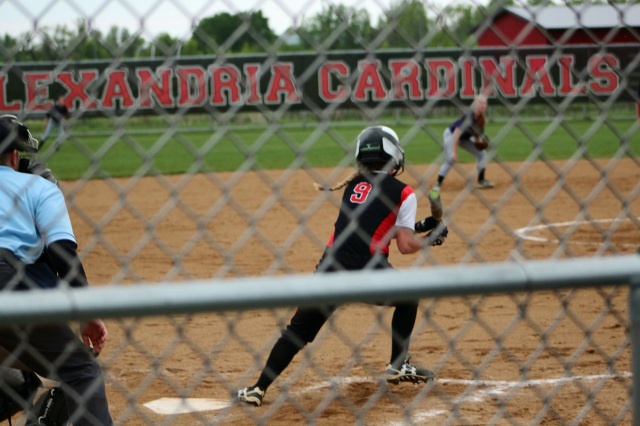 [Ms. Ronning ended the day 3 – 4, as the shortstop snared her liner in her final at bat. This one looks like her double to right center.]

[And thar she goes!] 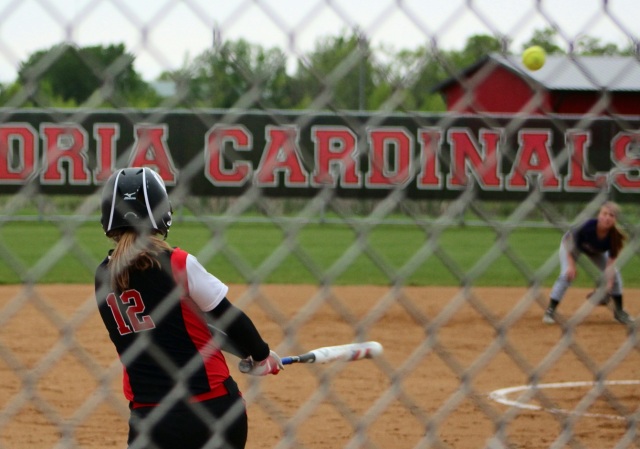 [Another run, though lost in the aura of the chain link.] 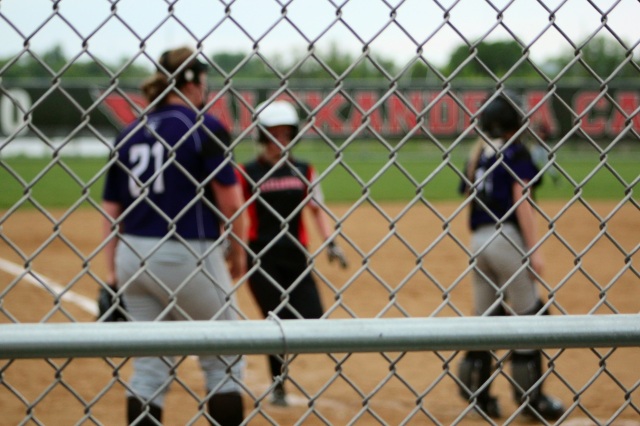 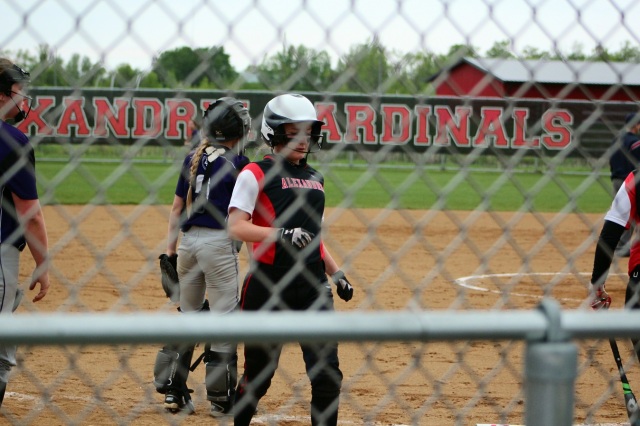 [It is here, I believe scoring on Ellie’s double.] 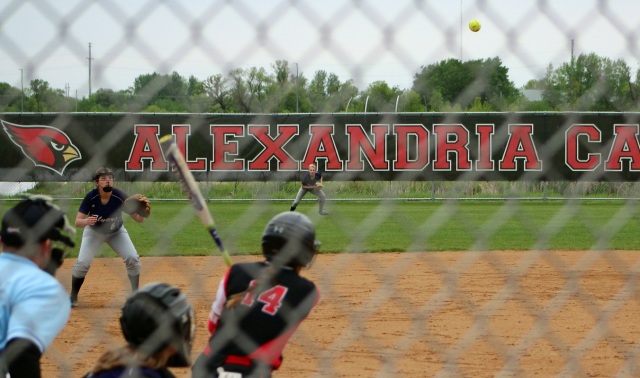 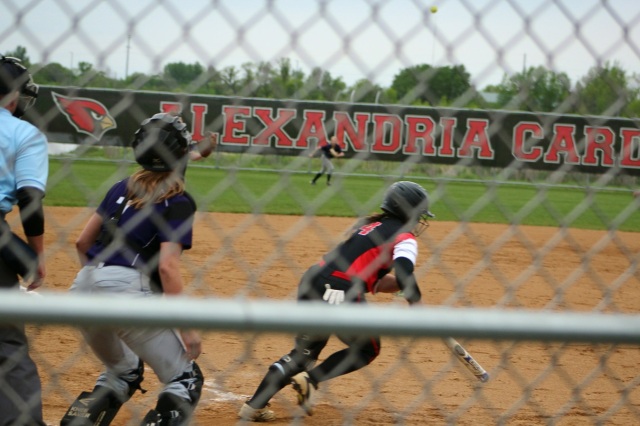 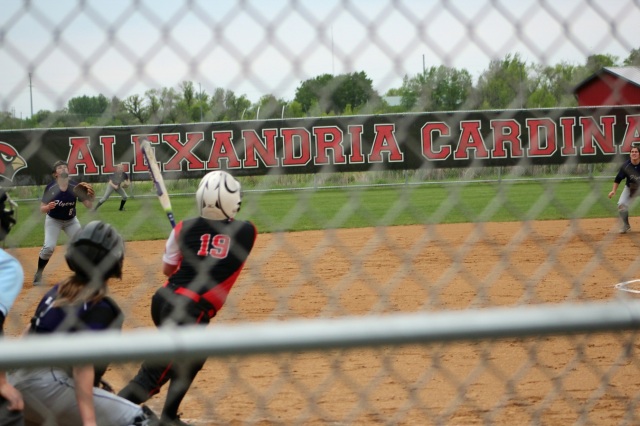 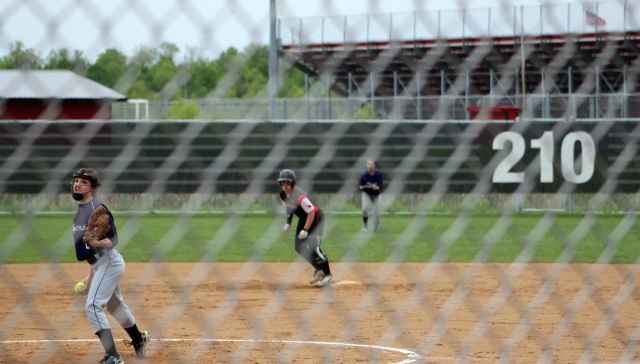 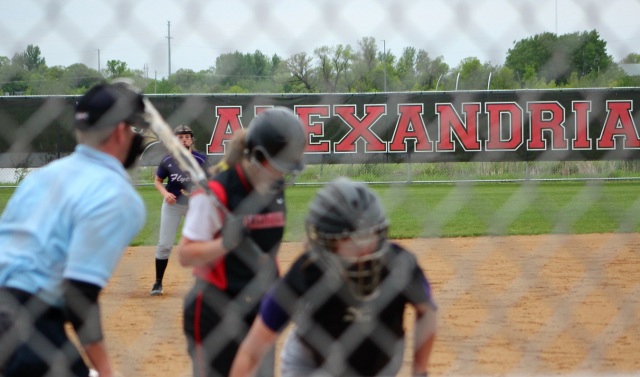 [But Osakis came back to win with 3 in the bottom of the inning.]

[Getting down to the nitty-gritty.  The Cards have an 8-run lead, two more runs from the 5th inning on will end the game by the 10-run rule.  Here’s Sydney, who had a nice game with two hits including a triple, 2 RBI’s, and 2 runs scored.] 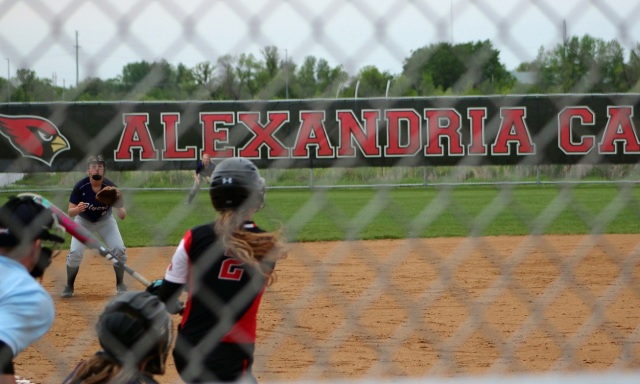 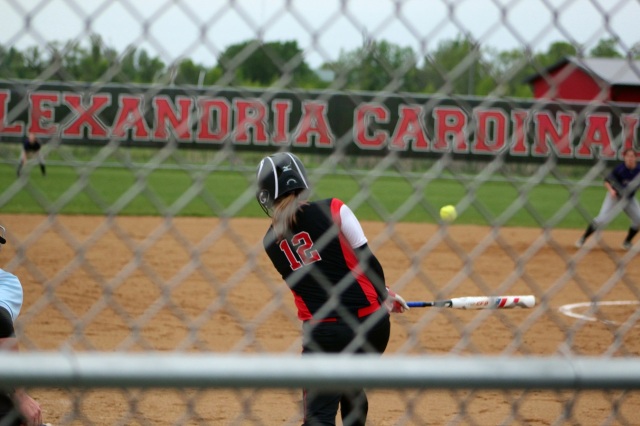 [Gotta have strength up the middle – so here’s Zig at shortstop where her defense is a real asset.] 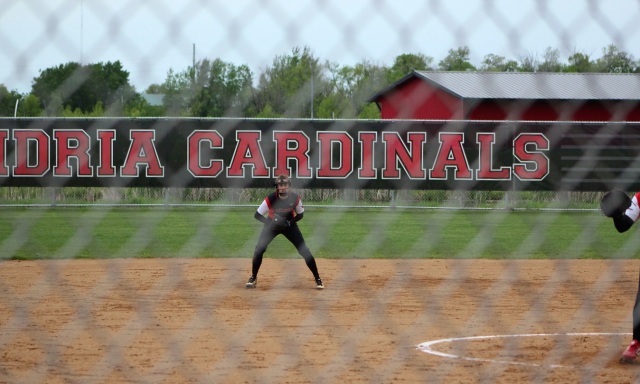 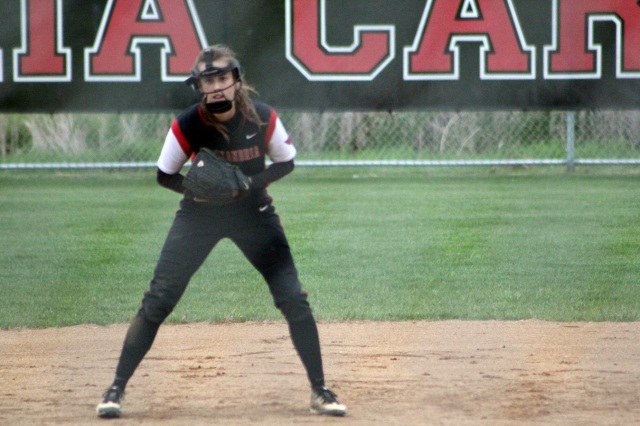 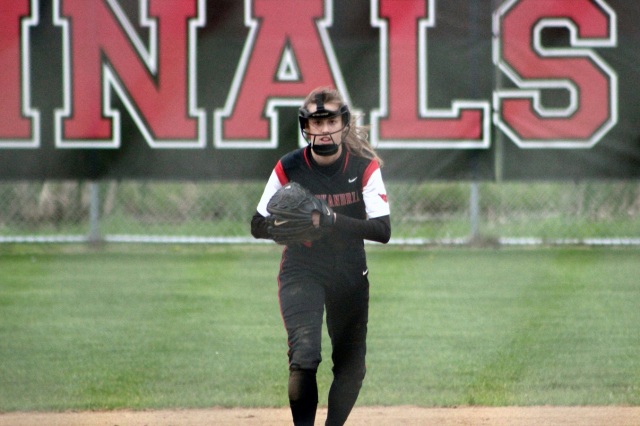 [Maybe this one was the double?] 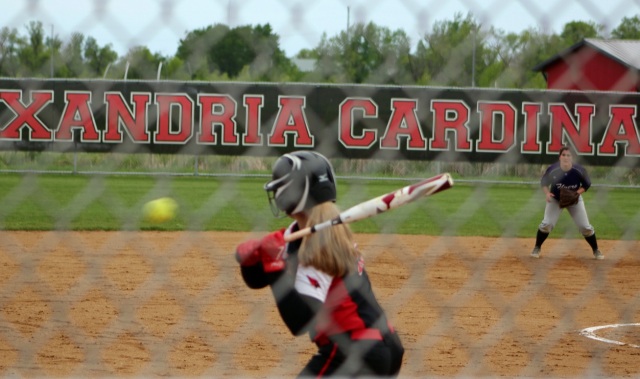 [And she did it!!  I knew she had power, but I didn’t realize until later that was her first homer of the year.  Cards win and move on.]

Up Next:  Memorial Day weekend