Of the regular season, May 19

So, we interrupt our regularly scheduled cruise reports to bring you at no additional expense, Senior Night 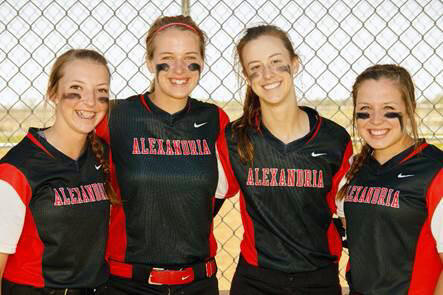 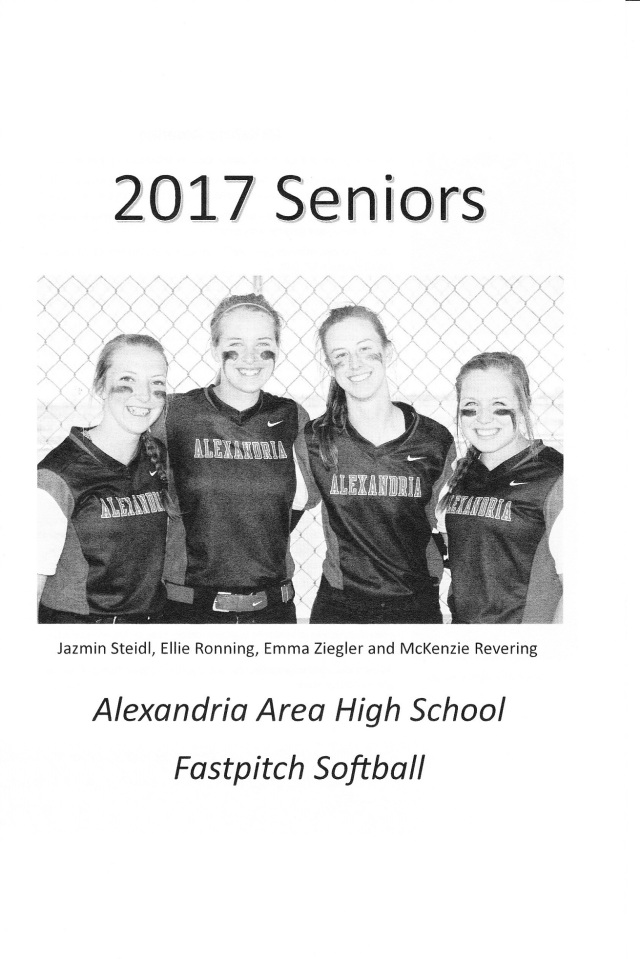 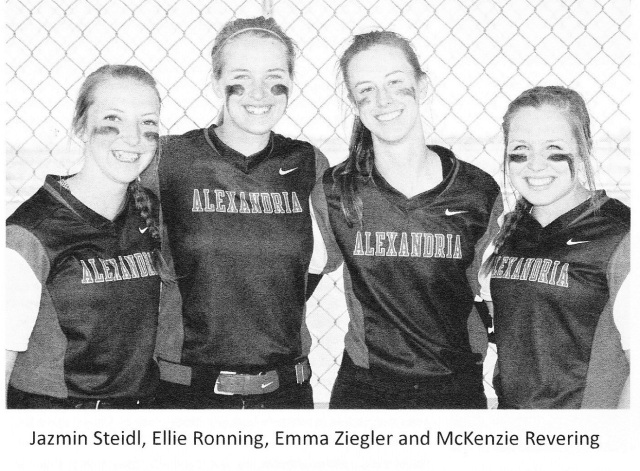 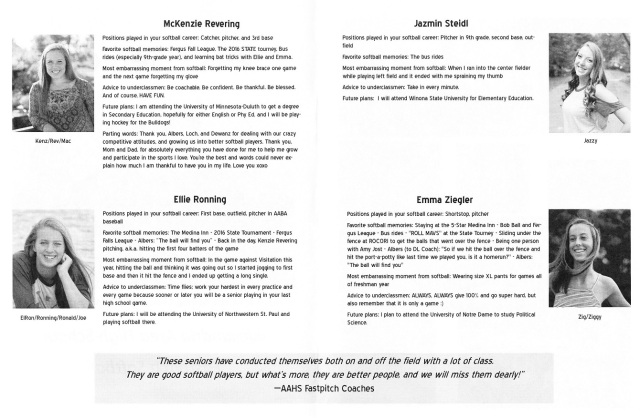 [We had terrific teams in all sports this spring. But thanks to the two worst weather months in recorded history I have so far only made it to one and a half softball games. OK, there were some scheduling conflicts and trips involved with that too.  On the morning of this game against the Willmar Cardinals, we actually had a SUNrise.  They have been few far between this spring.  Once again digital could not capture the incredible orange sky.] 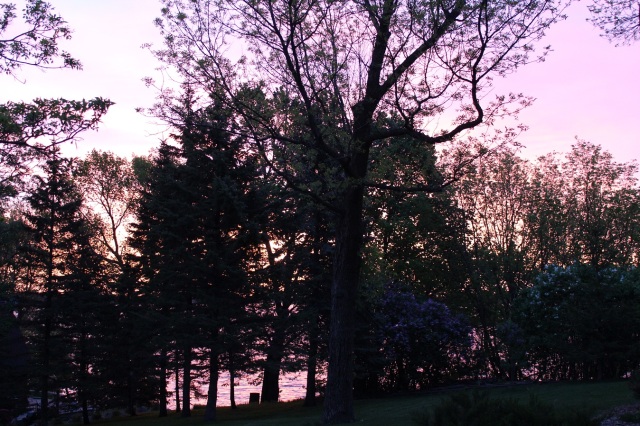 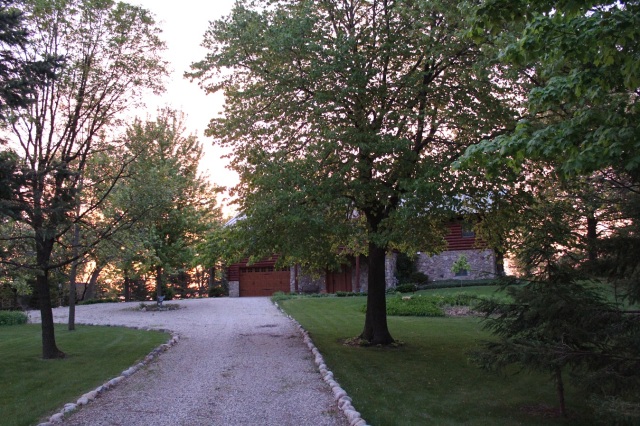 [I arrived at the ballpark and shot the school as the back drop to the JV field.] 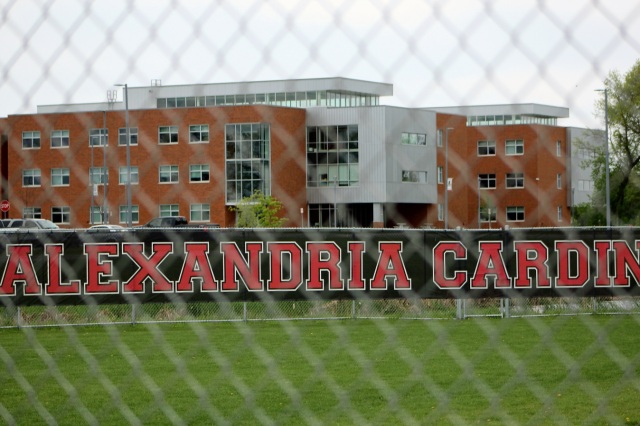 [The game.  Shortstop Emma Ziegler led off – she had always batted 2nd in previous games covering the team.  Zig’s a switch-hitter – if she’s batting lefty, she’ll likely try to bunt for a hit . . . ] 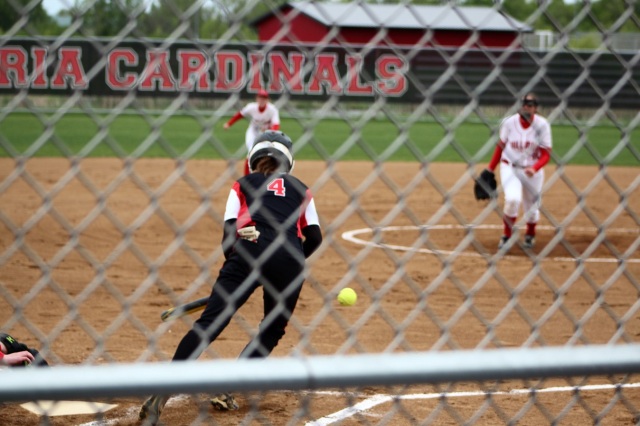 [Batting 2nd is 2nd baseman Allison O’Kane.  She has been moved back to her old position after catching in at least the 1st game I covered.]

[Batting 3rd and hitting about .600 is 1st baseman Ellie Ronning.]

[I should point out here that Zig was out on a one-hopper to the pitcher; Allison singled (and stole 2nd as you see her here); and Ellie grounded out here.]

[This appears to be leftfielder Sydney Christenson (2) with a grounder to short.] 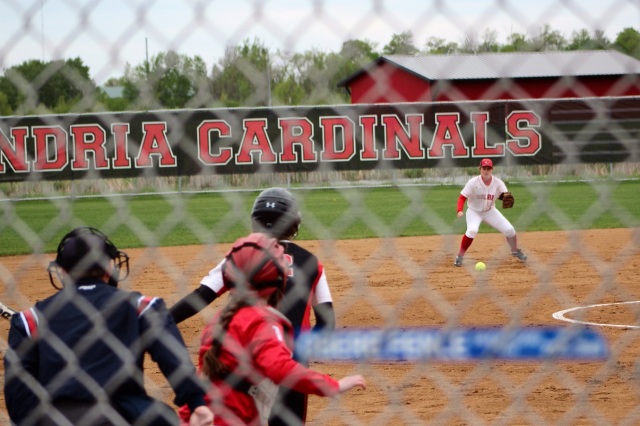 [And somehow we’re back to Allison again.  The only reason I may have missed a few batters is because my hands were frozen to the camera.  Did I mention fans at the game were wearing parkas and were wrapped in blankets?  I think it was warmer in February?]

[And back to Ms. Ronning who looked at a couple of pitches she didn’t particularly care for before she lined a single to right.] 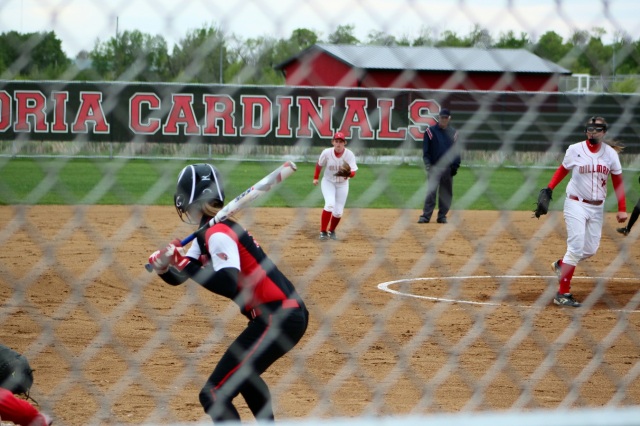 [Then Calley, who I missed on the first go round.] 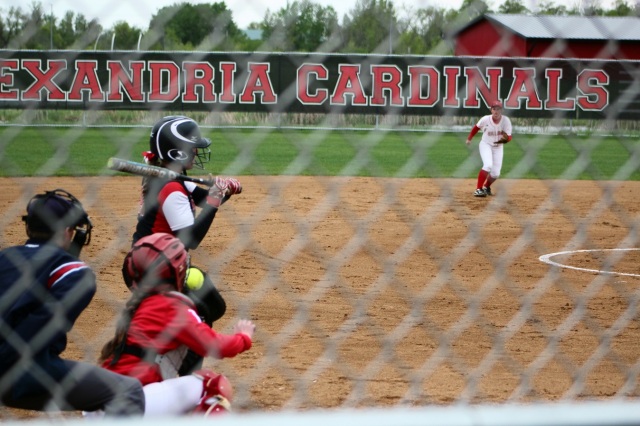 [She had 3 hits so this must have been one of them taking it the other way.] 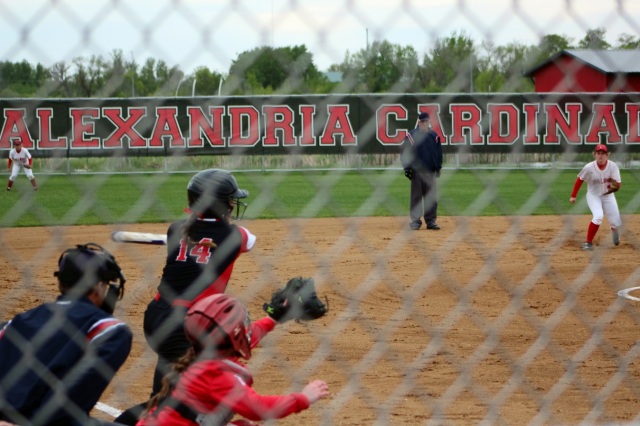 [Then pitcher Kendra Hardy dodged a couple of inside pitches.]

[Then took a swat at one more to her liking.]

[Back to Zig, who I believe grounded  single up the middle here.]

[Rounding 3rd and heading for home is a brown-eyed handsome girl . . . ]

[OK, I’ve used that before – but it’s a great lyric from a great song, John Fogarty’s Centerfield.]

[Allison gets good “metal” on one.]

[One of my better sports shots if I do say so myself.  But it’s luck.  At least 1/3 of my softball photos are out of focus as result of having to shoot through chain link.  So here’s Ellie, in full extension, and the guys standing next to me (including Rev’s dad) said it’s out of here (she has hit 2 grand slams in one game earlier) . . . ] 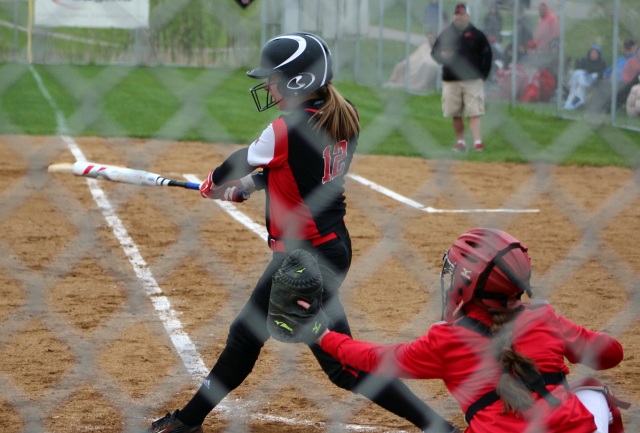 [1st base coach Mitch Loch thought the same, but the wind knocked it down so Ellie had to settle for a mere double and probably a couple more RBI’s.] 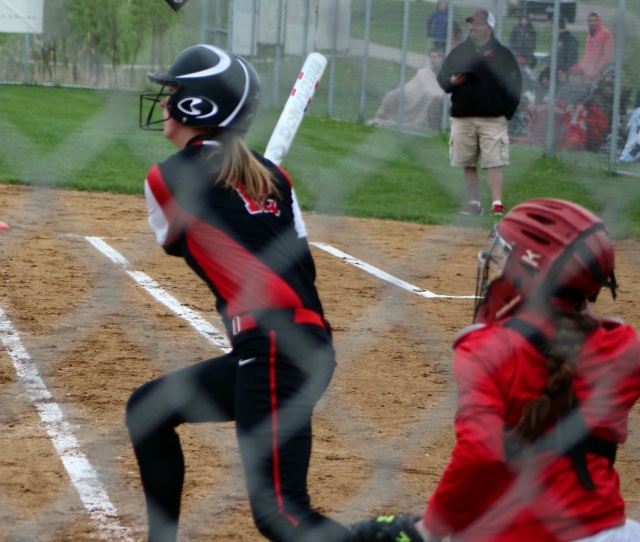 [Then Calley drove her in.]

[Next was Rev, and since the game was 3 days ago I don’t recall what she did here?]

[Then Kendra hit and almost identical shot as Ellie’s to left field for a double.]

[I left then to meet the Super at AAAA – always something going on, eh?  The final score was 12 – 2.  Our Cardinals are seeded 2nd in the sections and host Little Falls on Thursday.] 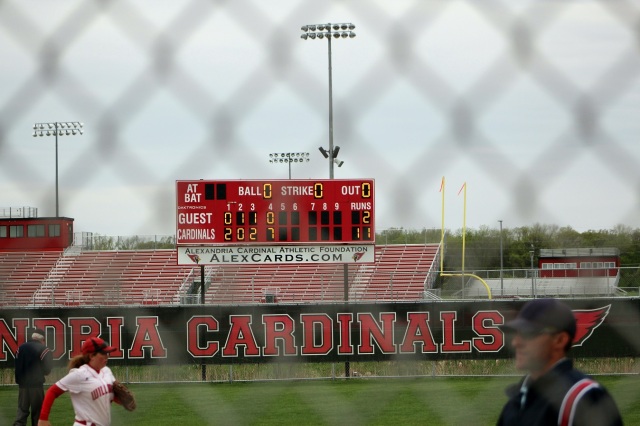 If softball was any easier, they’d call it baseball. ~  Jennie Finch (below)

Up Next:  Likely Canada