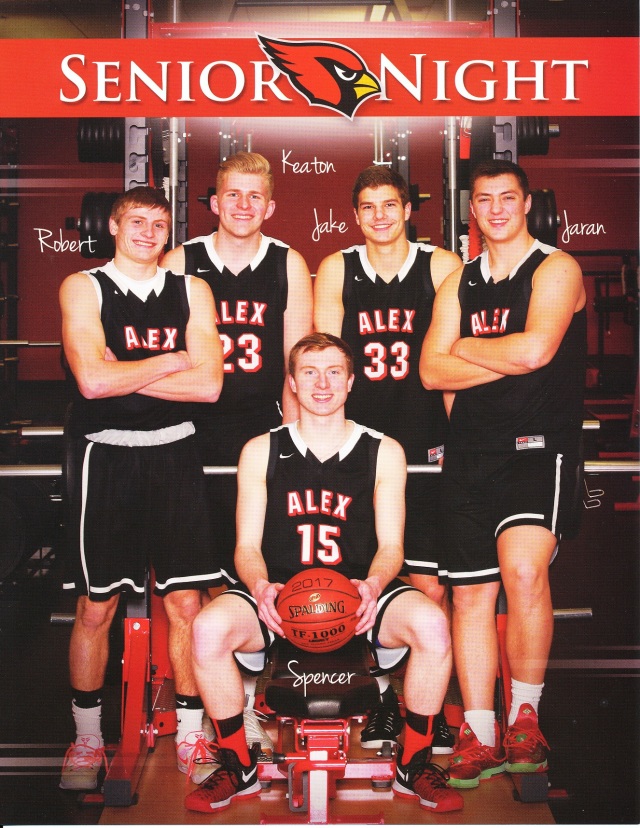 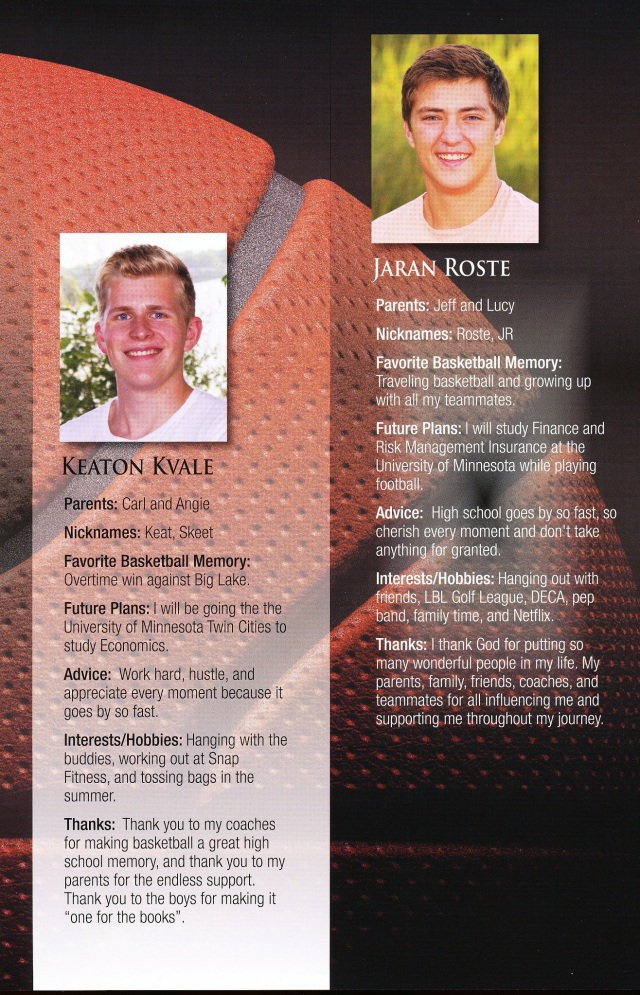 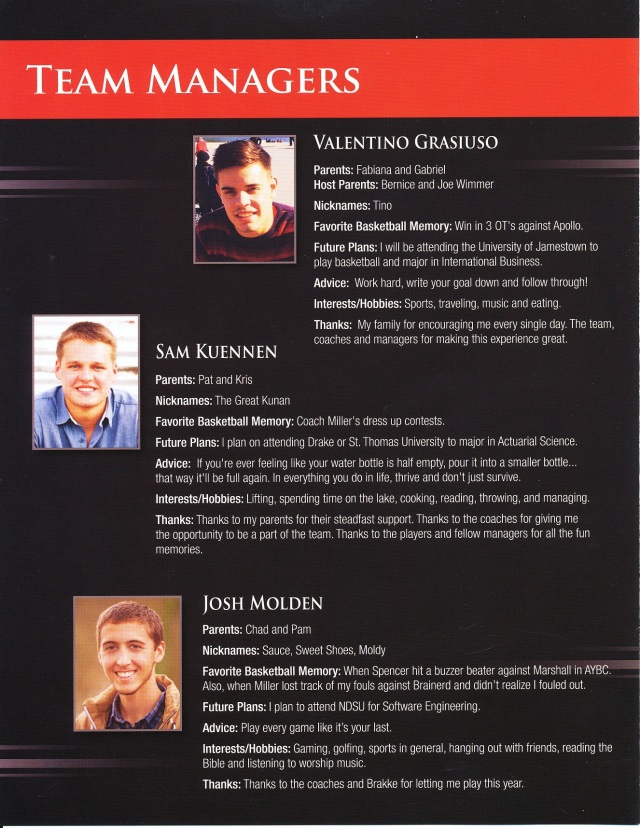 [Last game of the regular season. Our Cards were hosting the Detroit Lakes Lakers.  This was a re-scheduling from an earlier  weather postponement.  We had just beaten DL at their place 10 days go.  This is the halftime score.  I arrived in the stands before realizing my camera did not have its memory chip – it was home in the computer from having processed the hockey game from the night before.  Oy!  So I went out to the car at halftime and got the chip from my snapshot camera.  At least I’d get half the game.]

[As you can see on the scoreboard, there was plenty of offense.  The Cards had been in a real scoring funk – losses in their two previous games.  After one made ‘3’ in the previous game, I think they made 12 or 13 in this game.  But so did DL, who I believe made 50% of their 3’s for the game, even with in-your-face defense from the Cards.] 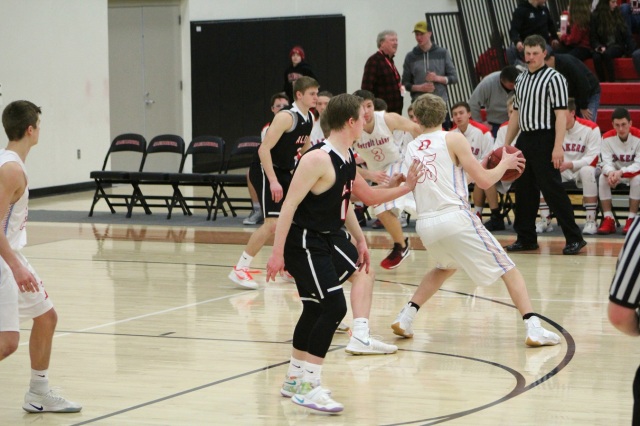 [Spencer Hockert (15) found his range again – and here fought through a screen on defense.] 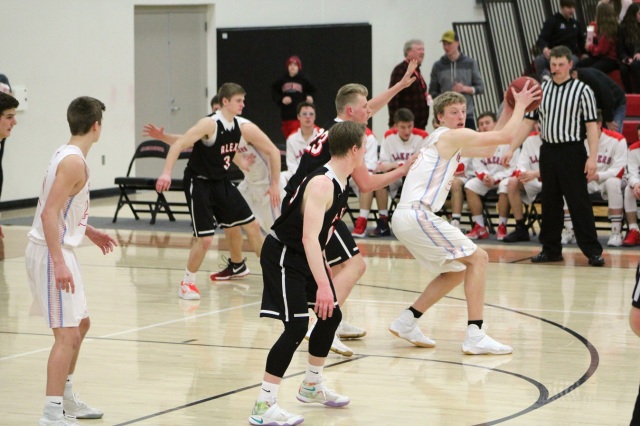 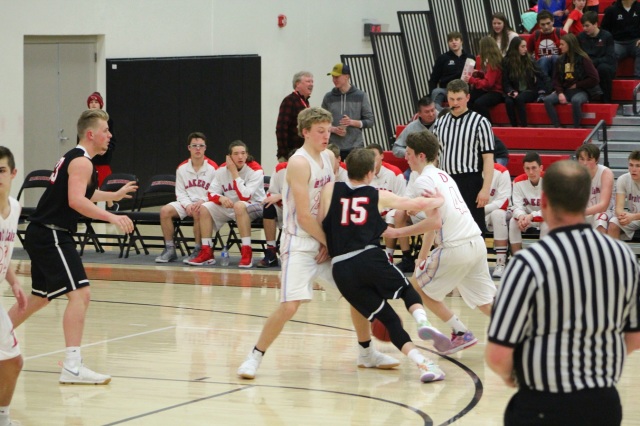 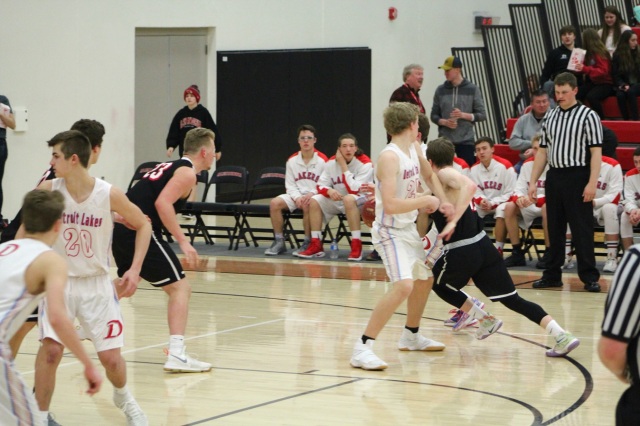 [And now defending the other way.  The guy he’s guarding here, and another Laker guard, seemed to make every ‘3’ they attempted.] 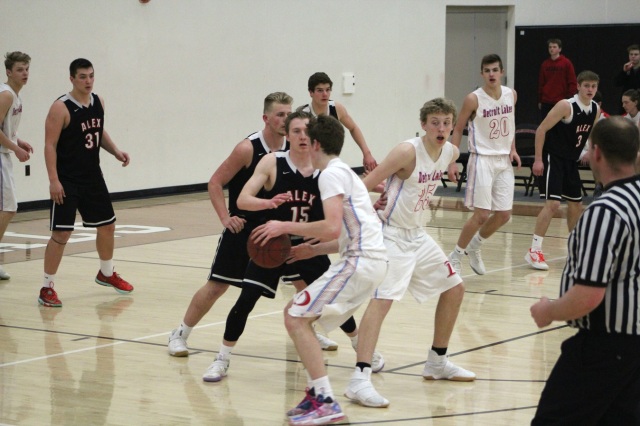 [The defense does its job.] 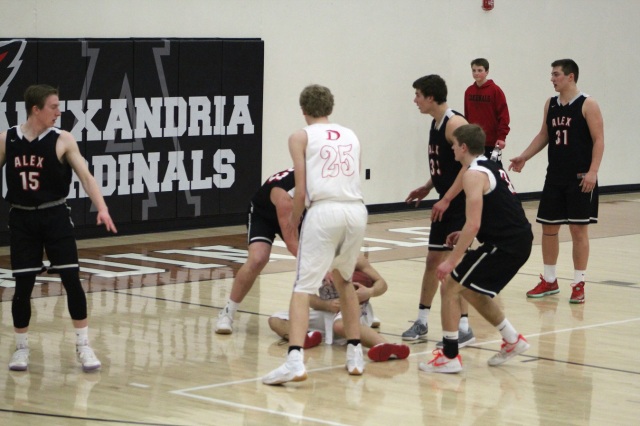 [Jaran Roste (31) on the point of the offense.  His shooting can run hot and cold, but he adjusts.  In this game, he took his offense inside to take advantage of his footballer’s size to score.  I liked it – I hope they do it more.] 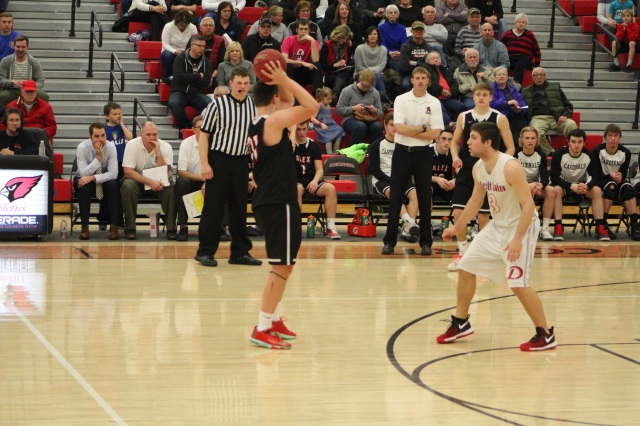 [Here he passes to Robert Anderson (3), the human pogo stick.  In that regard, for the first time I can recall we had 5 (rather than just Robert and the 6’8″ Justin Balcome (43)) dunk during the lay-up drill, and Spencer at 6′ just missed his.] 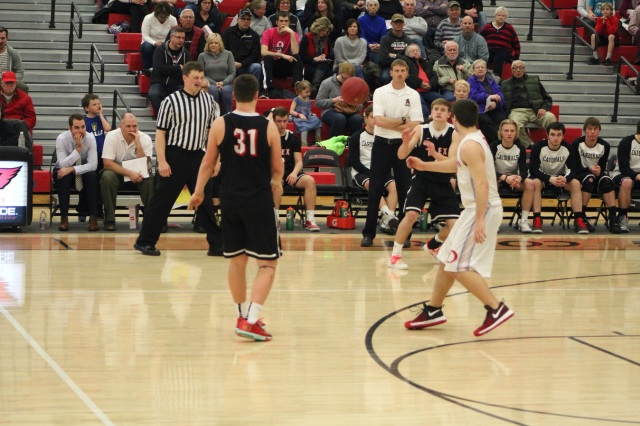 [Roste at the line – he’s pretty solid here.  At the end of games, the ball is going to be in either his hands or Hockert’s – they’re both good foul shooters.] 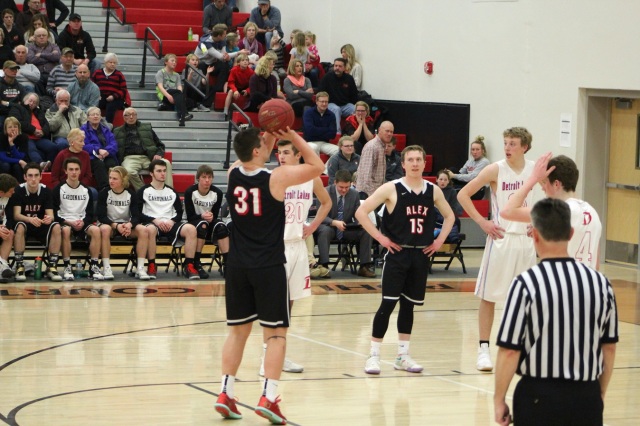 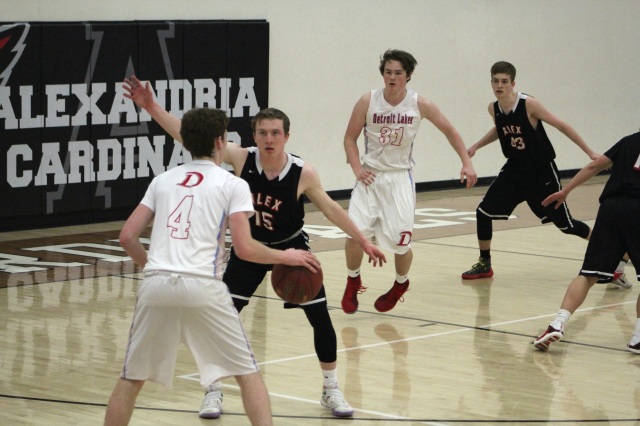 [It’s fun to watch Justin develop offensively.  He’s very skilled and just needs to add strength to his game.  He was the difference maker in this game as he can score inside and out – and had 20 points.  I believe Spencer led the way with 23.] 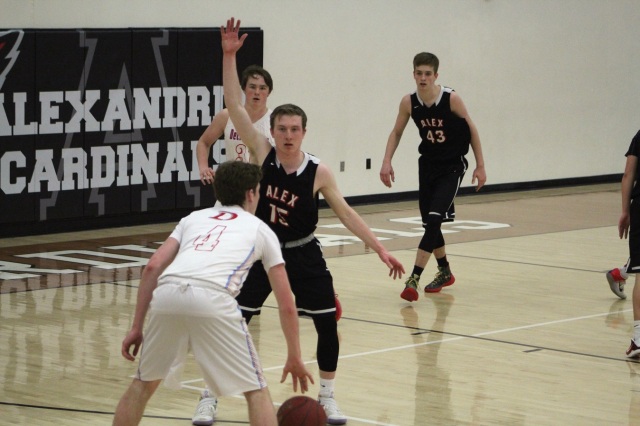 [I think this team has the right elements – they just have to do it consistently.] 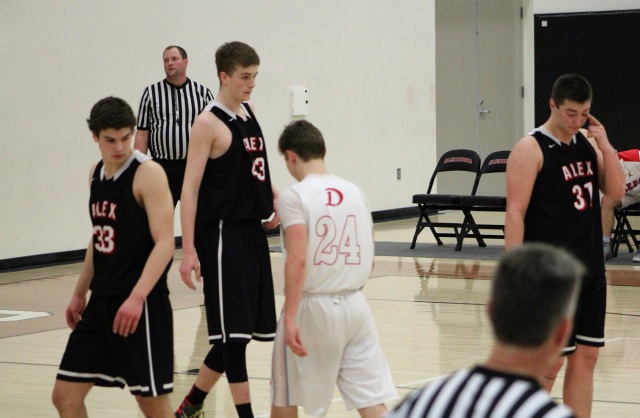 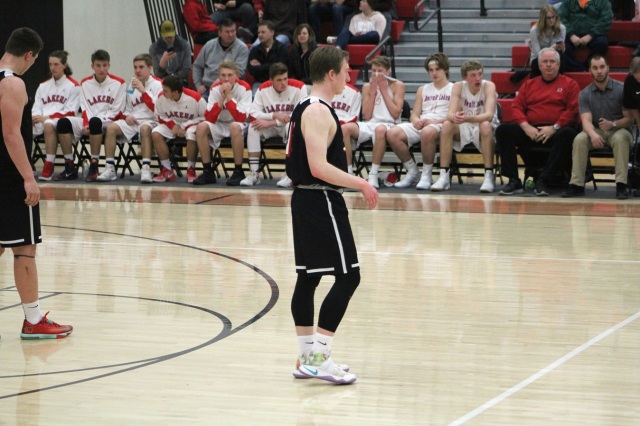 [The last regular season game for these two mainstays.] 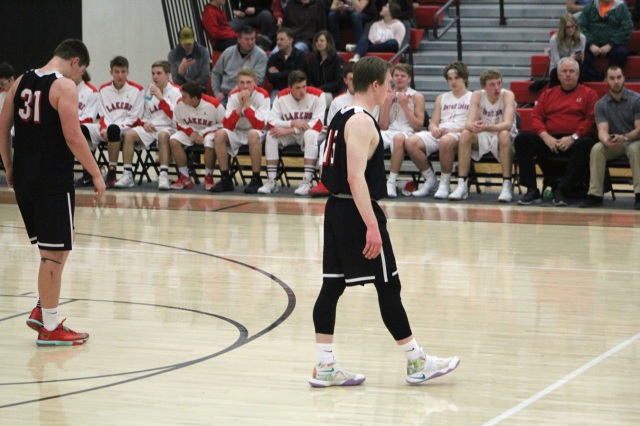 [The DL center (25) actually was pretty effective getting his shots off over Justin by bodying into him first.] 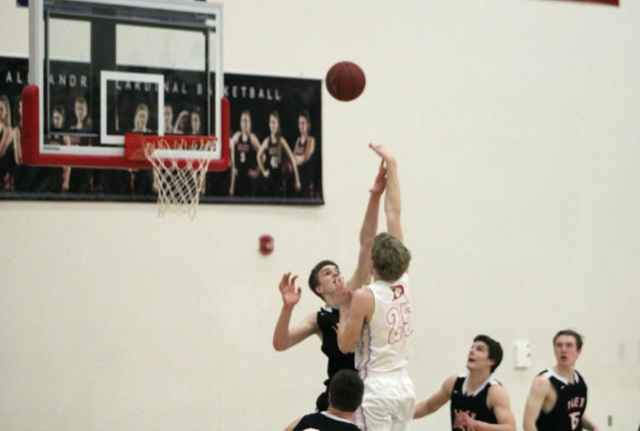 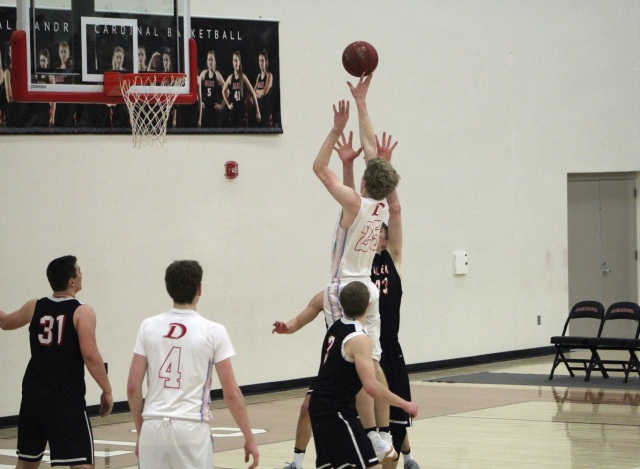 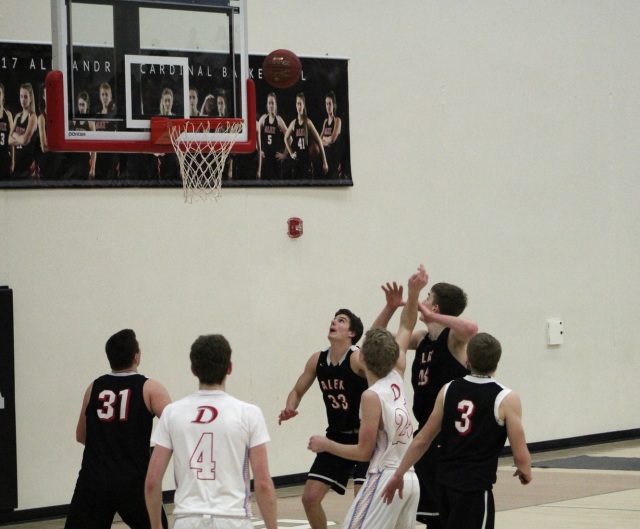 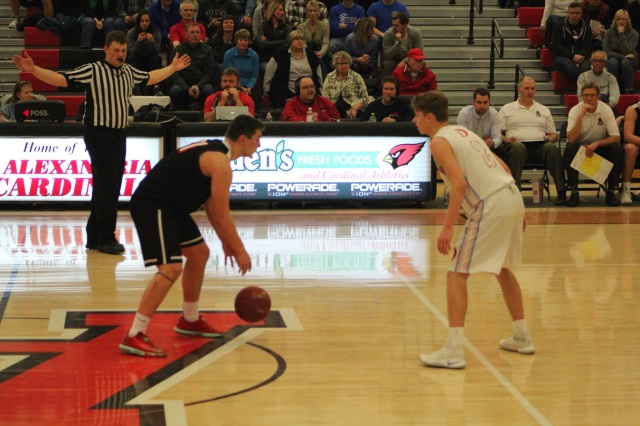 [Oh, we had other athletes on the court too!] 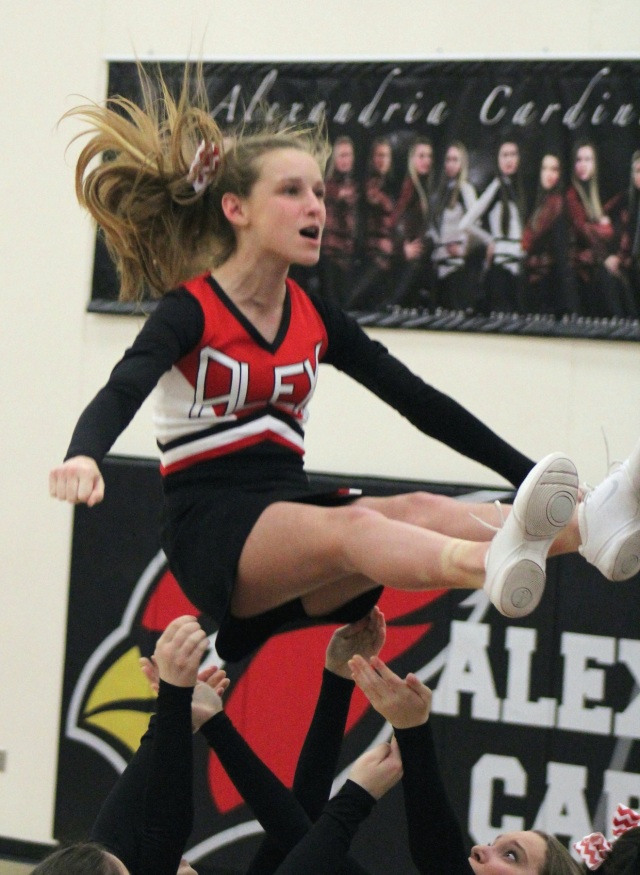 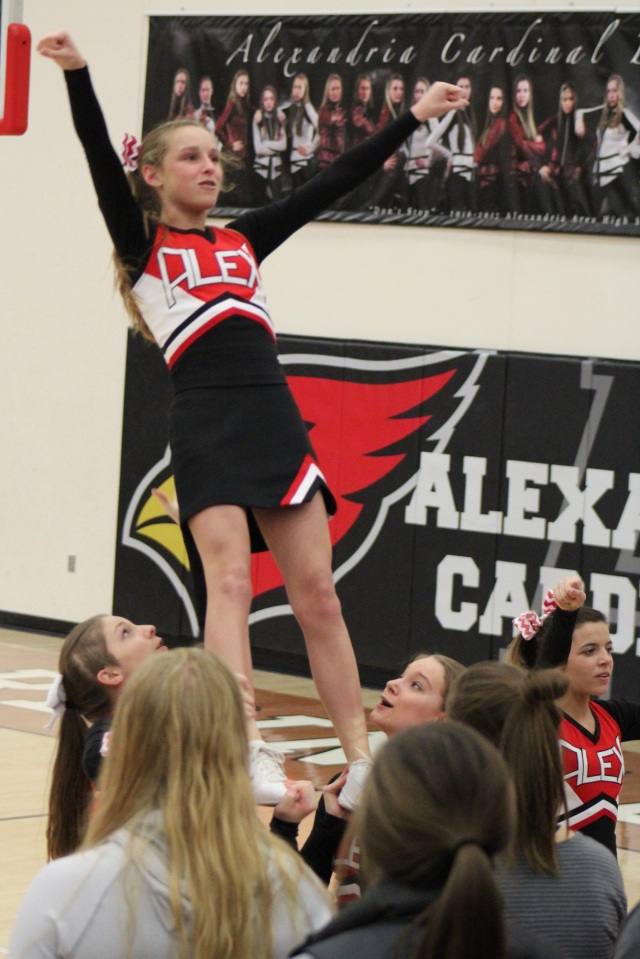 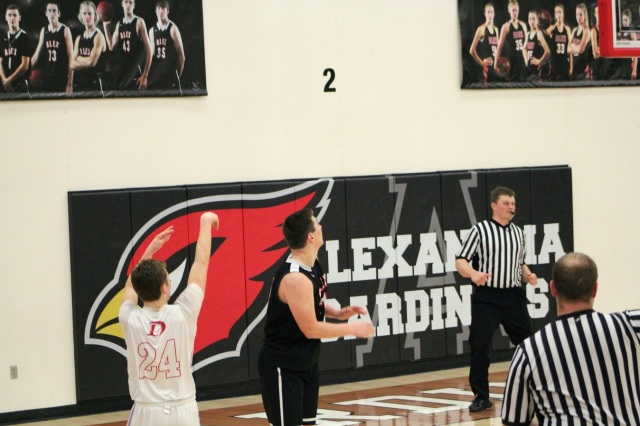 [Spencer on the line and made both.] 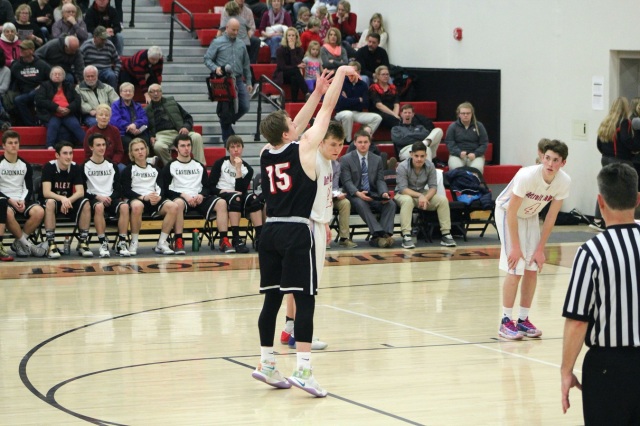 [Time for everybody to get in.  Number 5 is junior Michael Kuhn, whose mom Beth is rather notoriously known as the person who took the photo on the internationally-renowned Fat Boys Walking Club.] 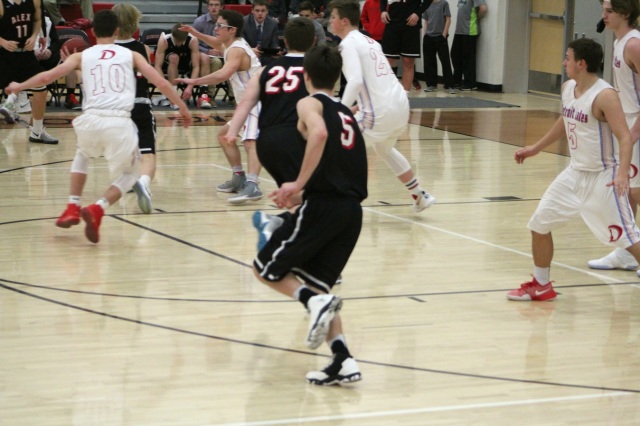 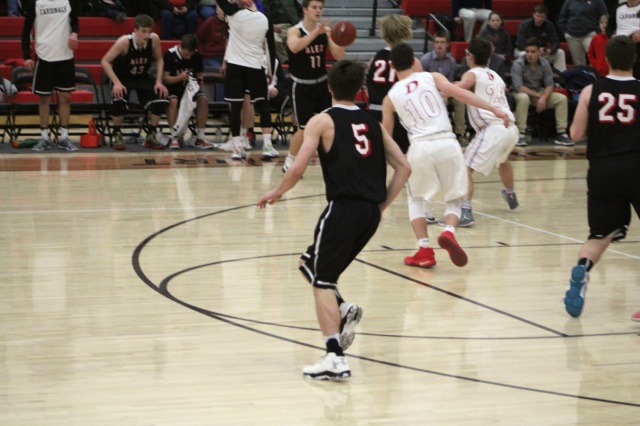 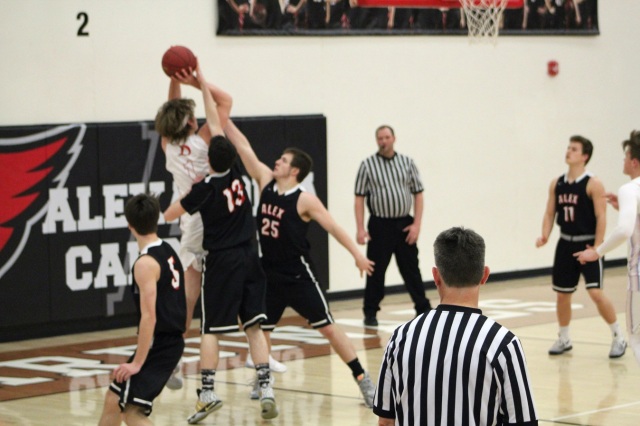 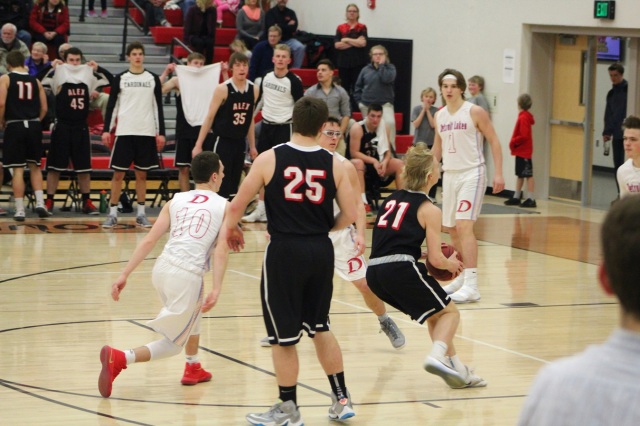 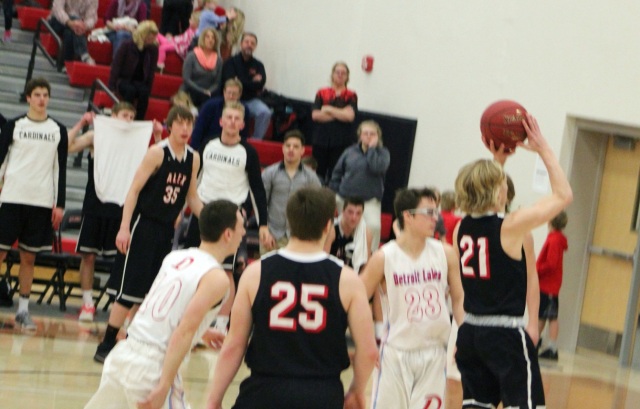 [As you can plainly see on the scoreboard, we won 77 – 57.  We finished the regular season with a 19 – 7 record (the JV team, a lot of the guys on court here at the end, only had 3 losses all year, I believe).  We are the No. 2 seed in the section and will host Thief River Falls on Tuesday.]

p.s.  The Card girls beat Detroit Lakes in the section semifinals in Moorhead last night.  We will play Sartell for the section championship next Thursday at the dreaded neutral site (it better not be anywhere near St. Cloud again!)

I’m not out there sweating for three hours every day just to find out what it feels like to sweat.   ~ Michael Jordan