[The Super would like to wish everybody a Happy Thanksgiving from the Itasca State Park hostel!]

[Now that Jami is a full-time resident of Clearwater County, we decided to join her there for her first Thanksgiving at the Harn.  The Super and I stayed at the Mississippi Headwaters hostel in Itasca State Park, about 9 miles south of the Harn.  This shot from the lobby out at our car, which was packed like Jami’s truck the week before!]

[The Super immediately located in the fireplace room.]

[A wall hanging that has hostel written all over it!] 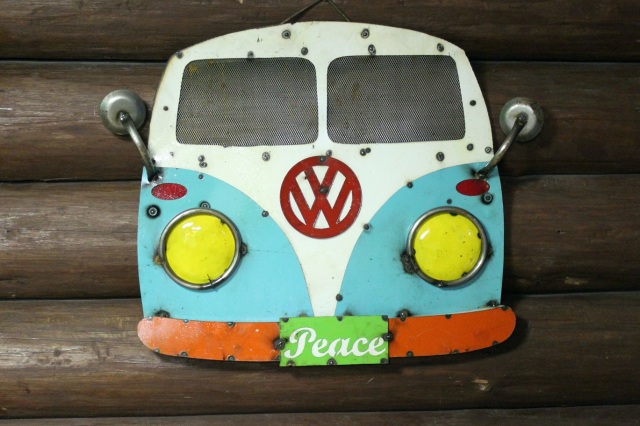 [Our private room, though it could sleep five, with our own bathroom and shower across the hall.] 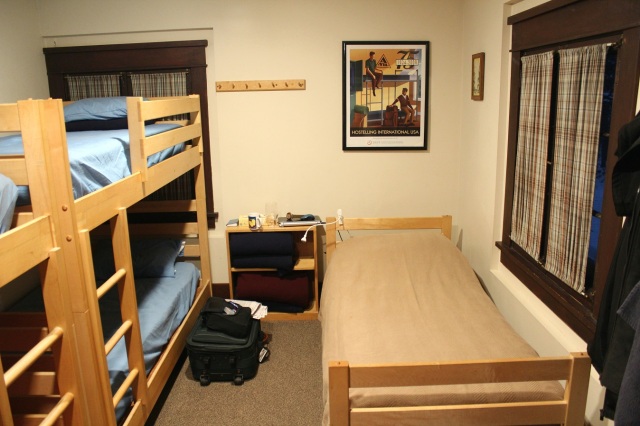 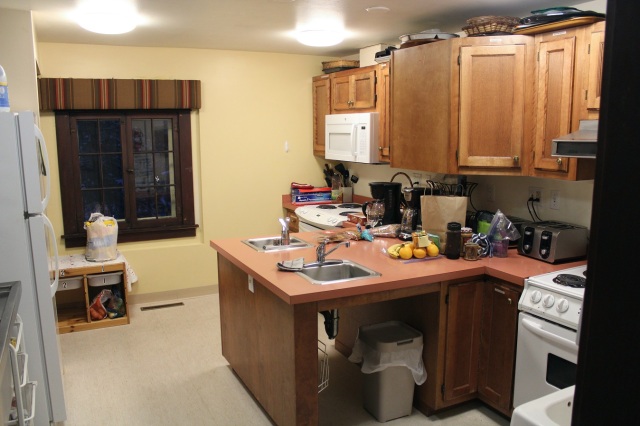 [And please wash your dishes!]

[After settling in, it was time for a visit to the Harn.] 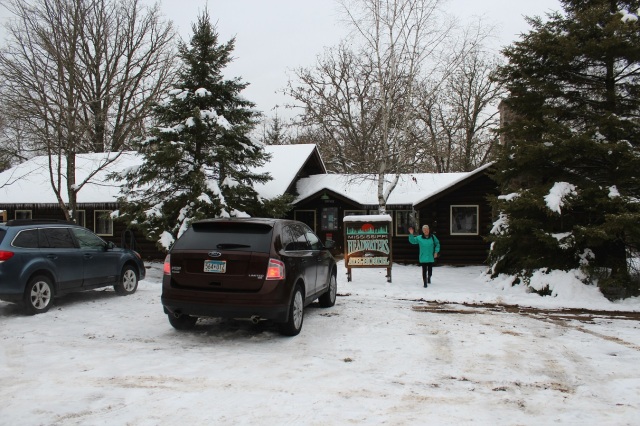 [This is right across the street from the hostel – convenient access to the lake.]

[Driving out of the park – love it in winter!] 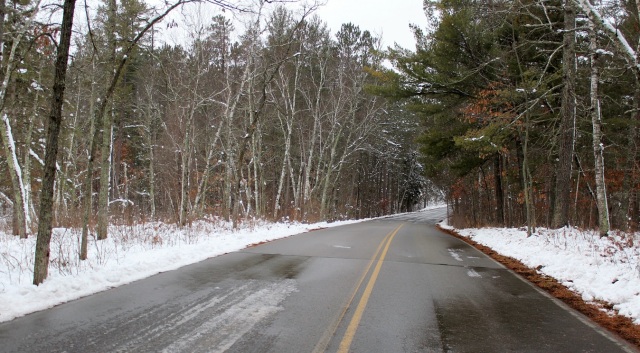 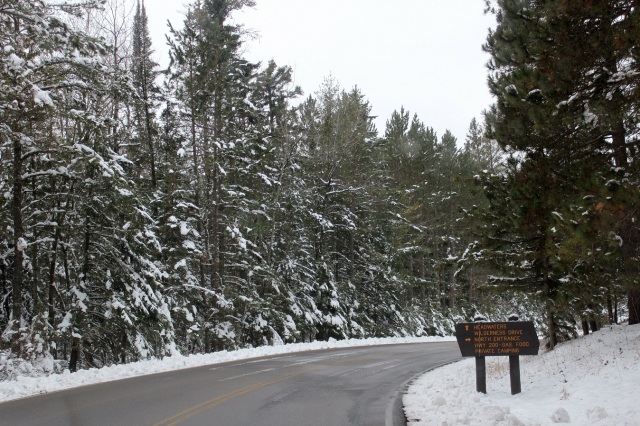 [Lafayette, we are here!  Jami shows off the 32′ x 9′ addition to the Harn for the cisterns.  All water use here will be captured off the roof.]

[And the tall evergreens that were felled during the big storm on Jami’s first night alone at the Harn.] 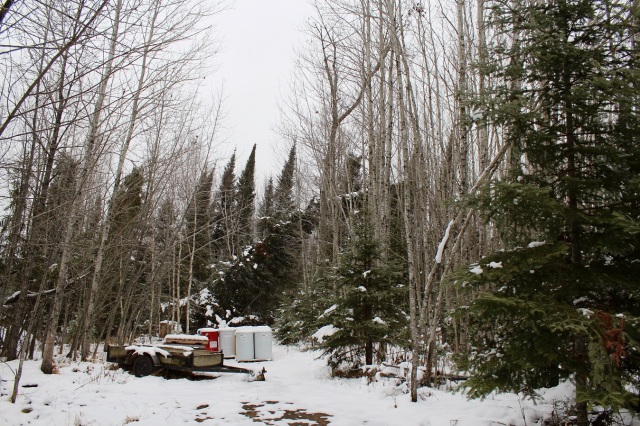 [They’ve been doing a lot of work getting the garage/storage area in shape.]

[The washer and dryer will eventually go in the house; the freezer will stay out here.]

[And this is stuff!] 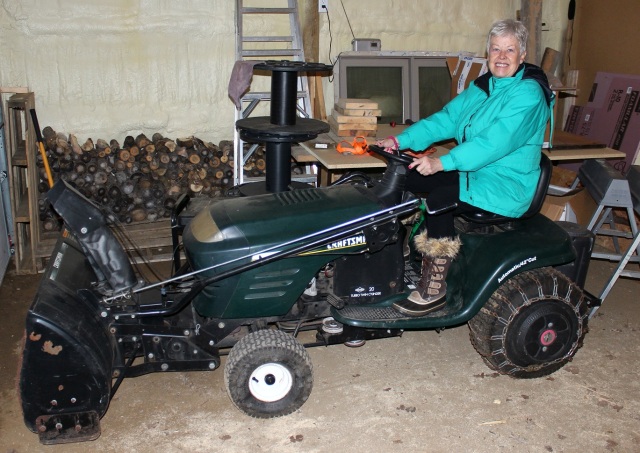 [She would volunteer to plow everyone’s driveway on the block – at no charge!]

[Lucky is acclimating to his new house.  I’m sure he misses waking “grandma” at 4:30 am for his feeding.] 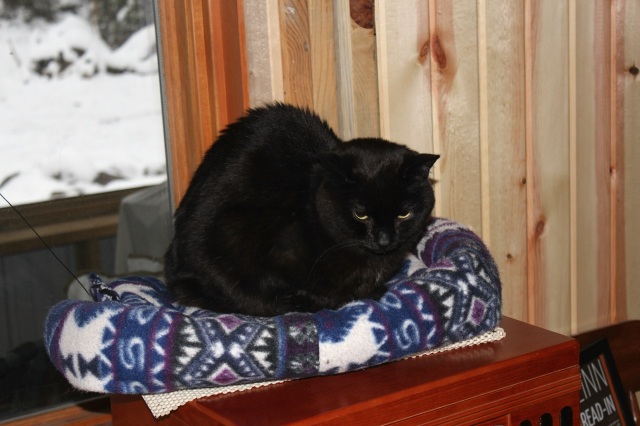 [The rocket stove, i.e., the wood burning furnace that heats the whole place.]

[If you guessed the kitchen, you win a cookie.]

[And there’s my mom’s old hutch that was given to her by her mother as a wedding present – so it’s about as old as I am.  (Grandma waited about 5 years to see if the marriage between someone from north Minneapolis and the other from south Minneapolis was going to work!)]

[I believe will be the library/crafting area.]

[The bedroom – you can tell because that’s where the bed is.] 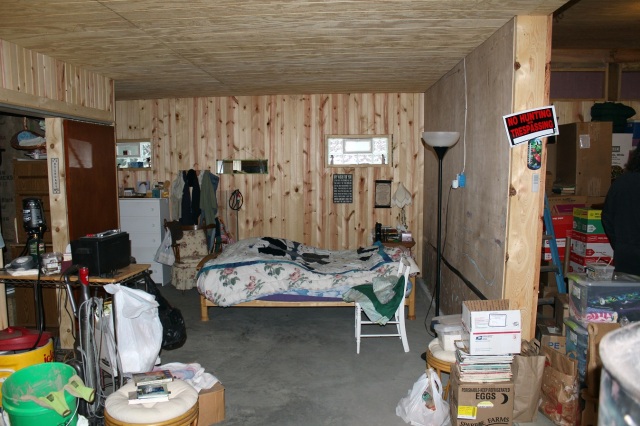 [Jami was planning on de-boxing and shelving all their books upon our departure.]

[The rocket stove is the centerpiece of the living room.]

[There’s the old front doors to our house.  Recycling is good!] 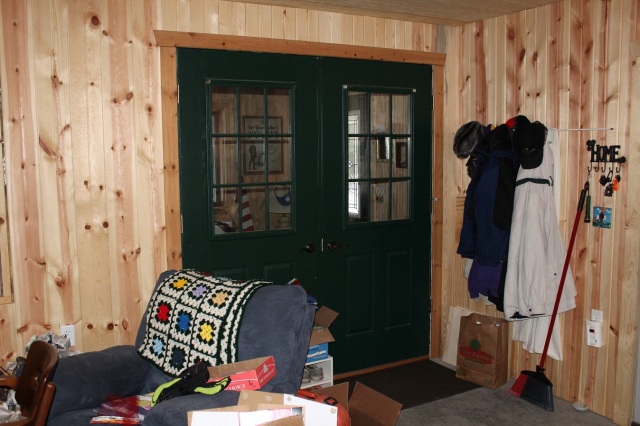 [The cistern room from the inside – must be heavily insulated because you don’t want your water source to freeze.]

[The rocket stove still needs much more “cob,” the mud insulation that will extend all the way to turn.  In total Danny thinks they will have 3,000 pounds of cob covering, which will make it a lot more efficient and will provide couch type seating.] 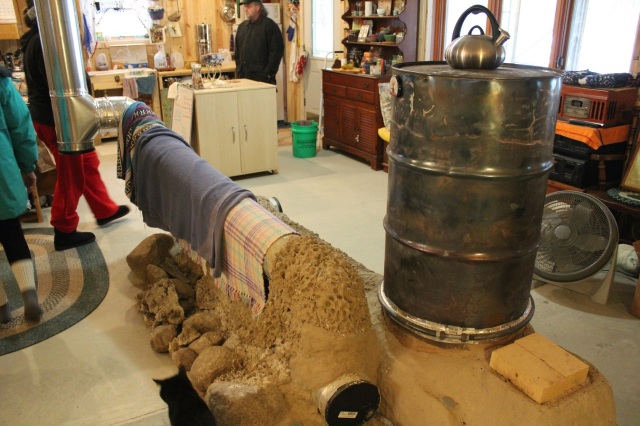 [Looking out from their porch to the surrounding woods.] 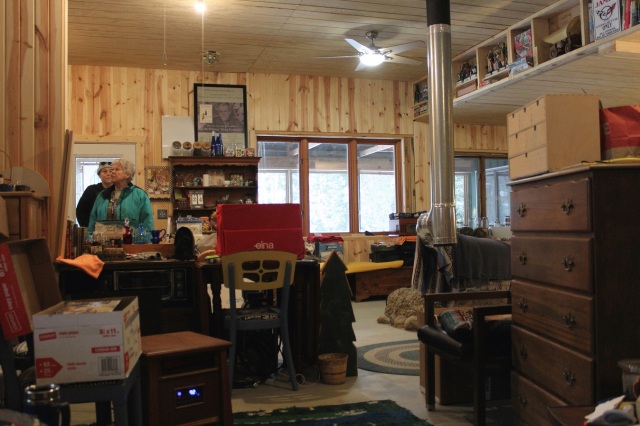 [The mail box was being installed as we drove up. It is now officially “The Harn.”] 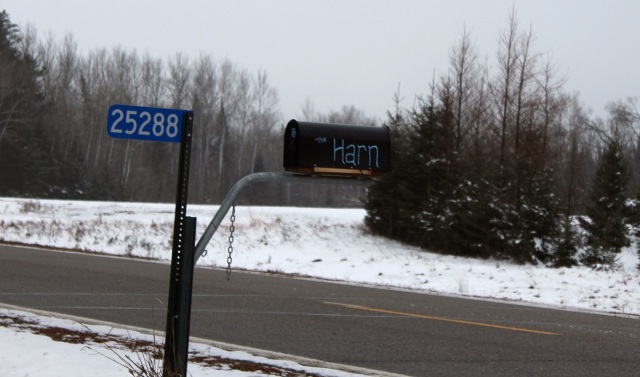 [There are some marvelous vistas on County Road 2 between the Harn and Itasca.] 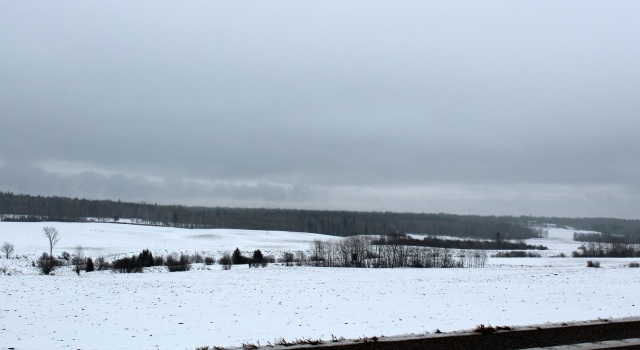 [Back in the park, the Mississippi River.]

[And Danny and Jami arrive at the hostel for Thanksgiving dinner.]

[And so it was Thanksgiving at Itasca State Park.  And believe it or don’t (if you’re a science denier), there was one other couple at the hostel who were from . . . yup, Alex!  We did not know each other but had mutual friends. Go figure?]

[Where they come to communicate with the world.] 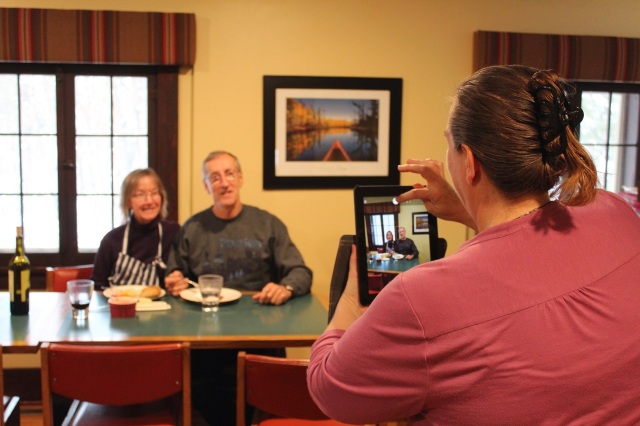 [And Jami made an Elvis Pie!]

[Hiking Itasca, to the headwaters and then Schoolcraft Trail. This is the first time I can recall being here with snow. So much nicer hiking without having to deal with heat, humidity, bugs, and crowds. We pretty much had the park to ourselves.] 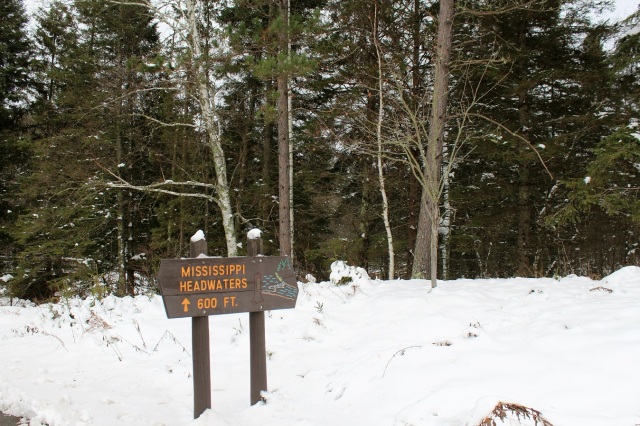 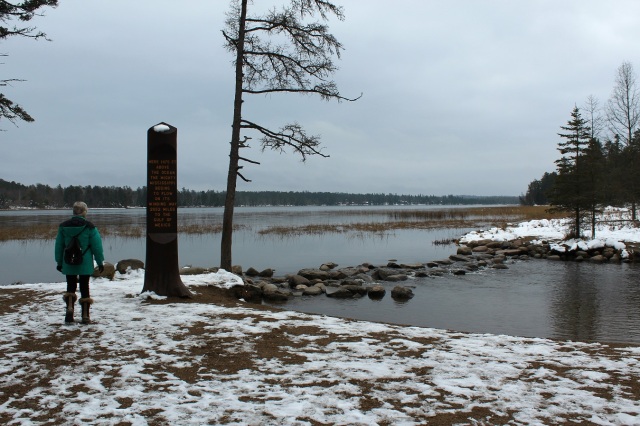 [Of course, it’s pretty hard to call it the “mighty” Mississippi at this point.  Maybe the “ambling” Mississippi?]

[This trail wasn’t that easy to find – you had to go down it to a turn before you could see this sign.]

[And now the wonders of nature’s artistry.] 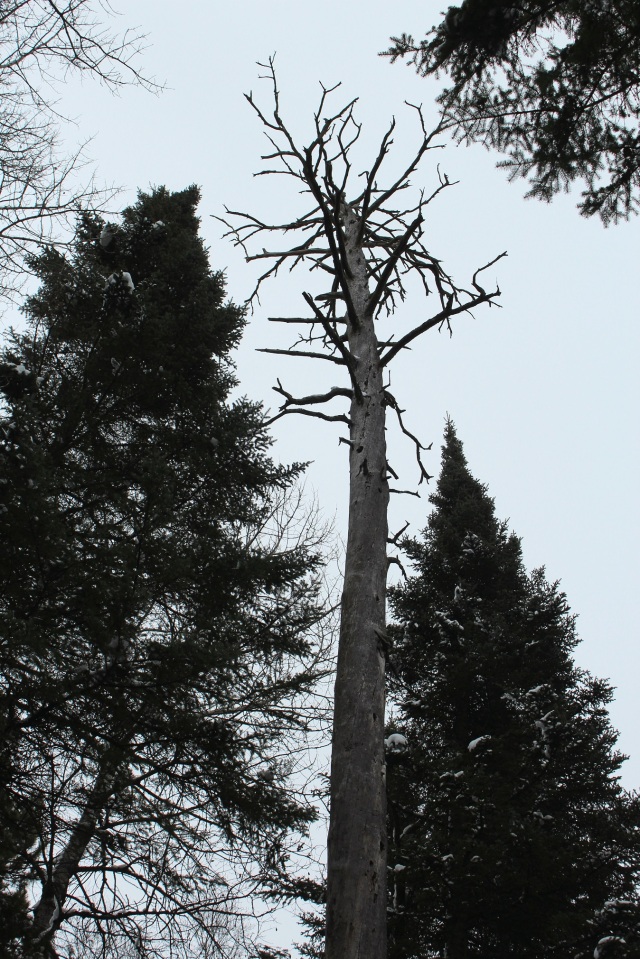 [A pretty big tree that looked like it had fallen not that long ago.] 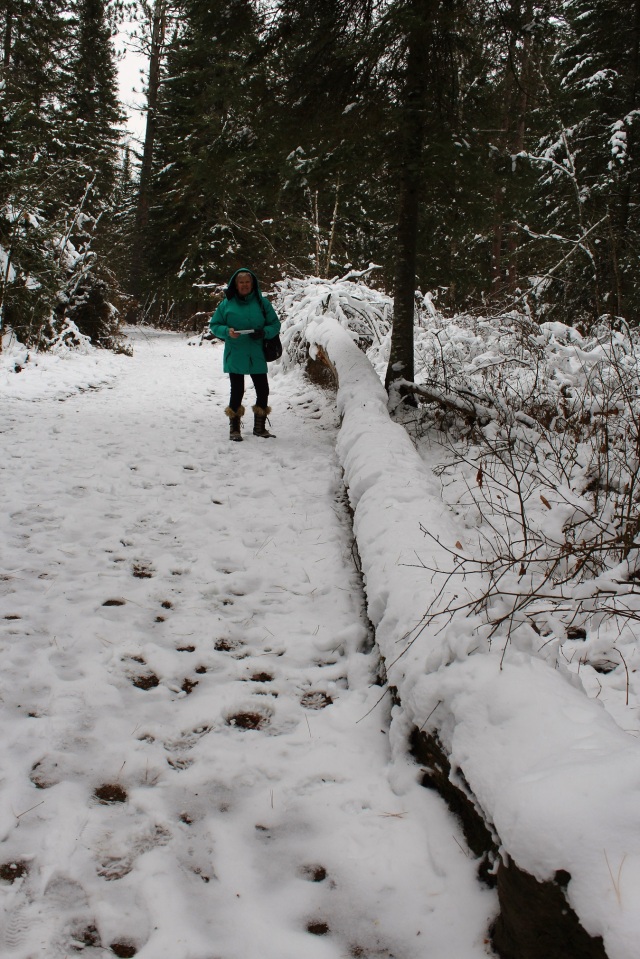 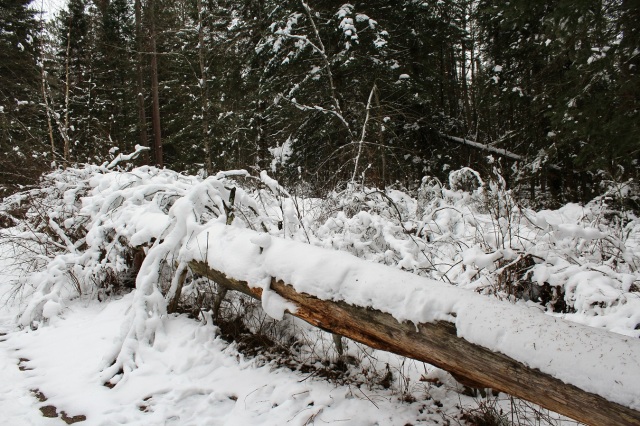 [I think the Super got her first cell phone signal somewhere along here.  Go figure?]

[And the river with the lake in the background.] 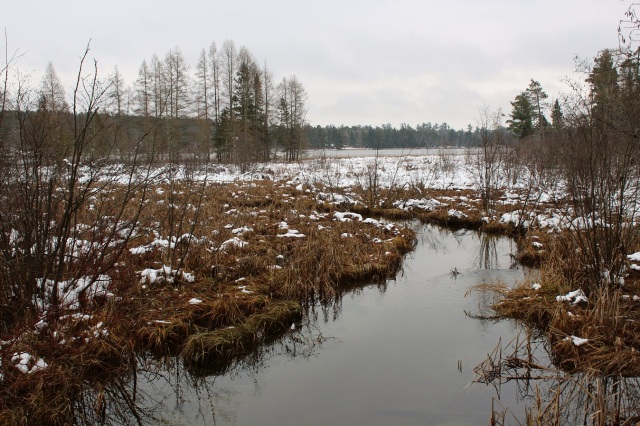 [Hmm, haven’t seen that photo yet?] 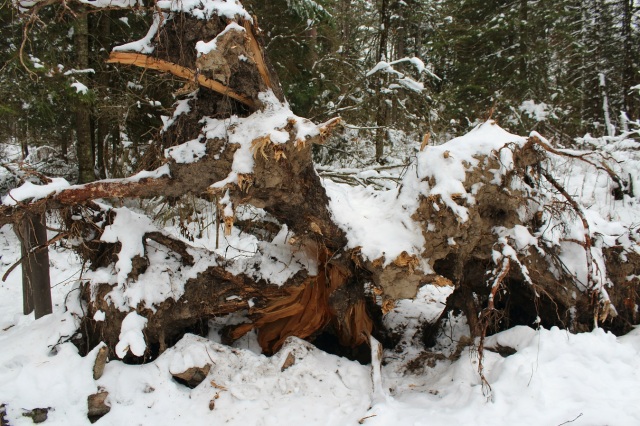 [Lest you forgot, only one in 10 Minnesota Thanksgivings are “white.” I think Paul Douglas said that. So, this year was special – even more so with the return of the Minnesota polar bear, as noted by my track sighting while trail walking.] 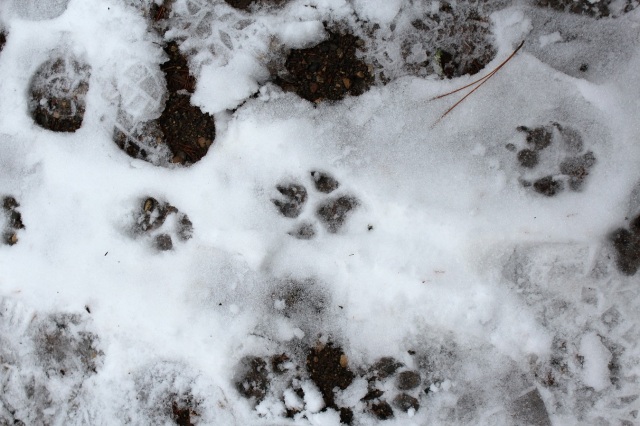 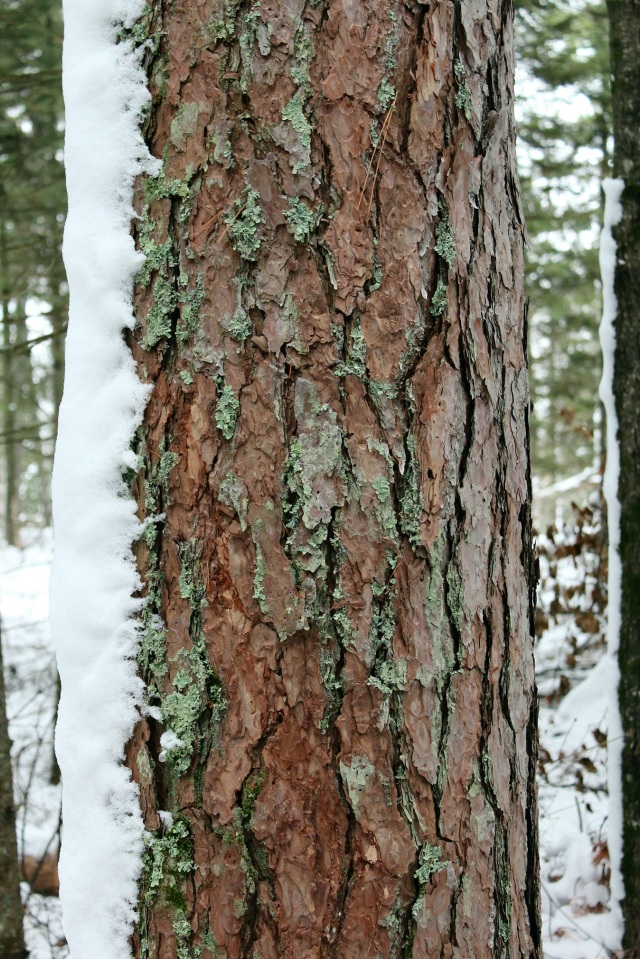 [And the entire red pine.]

[And we’ve happened upon Lake Itasca.]

[I thought it a cool tree.] 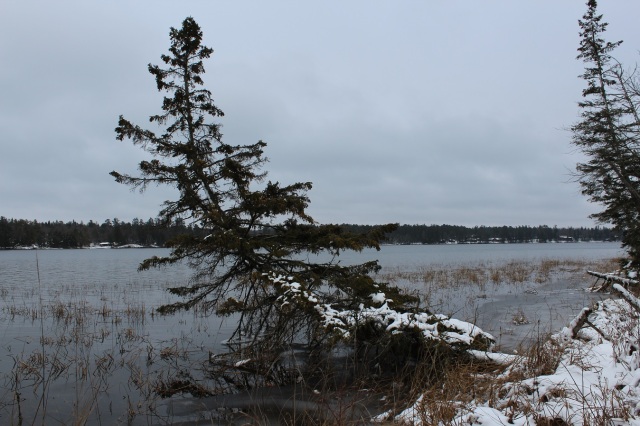 [And now back at the headwaters.] 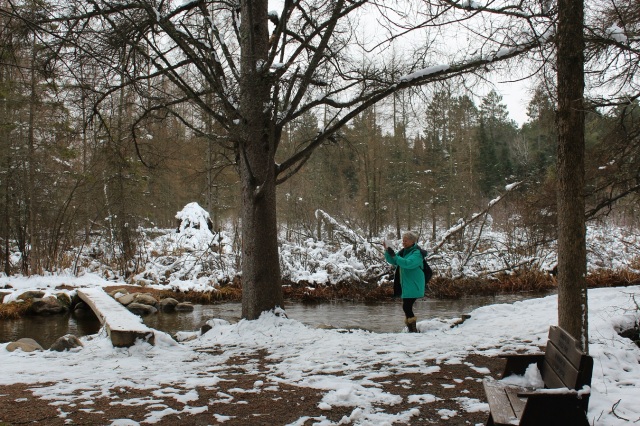 [And the boat landing.]

[Five more steps to a full gainer with one and a half twists?]

[Views up and down the lake.] 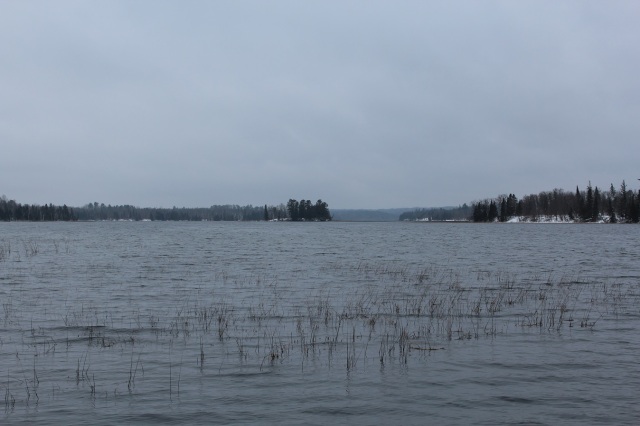 [Driving up to the Harn to say good-bye to Jami and Lucky.  We had never taken this side road 3-mile drive to La Salle Recreation Area before, so why not?] 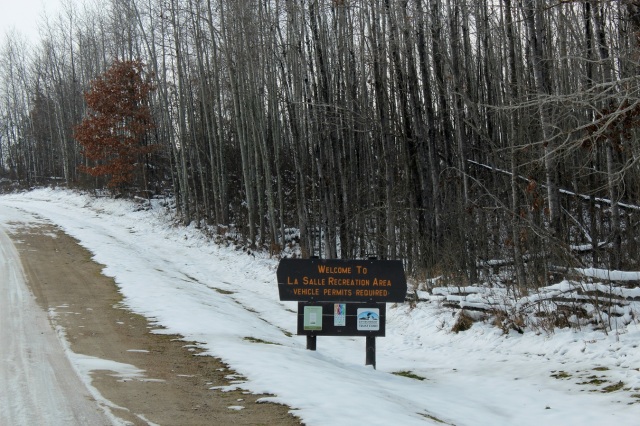 [After a totally gray week, the sun attempted a reappearance late in the morning.]

[Back home, an assortment of George Carlin’s perfect murder weapons hanging outside our bathroom window. The two on the far right are at least 6 feet long. Jousting, anyone? With the wind now blowing the hoarfrost off the trees and roof, it sounded like we were having a hail storm!] 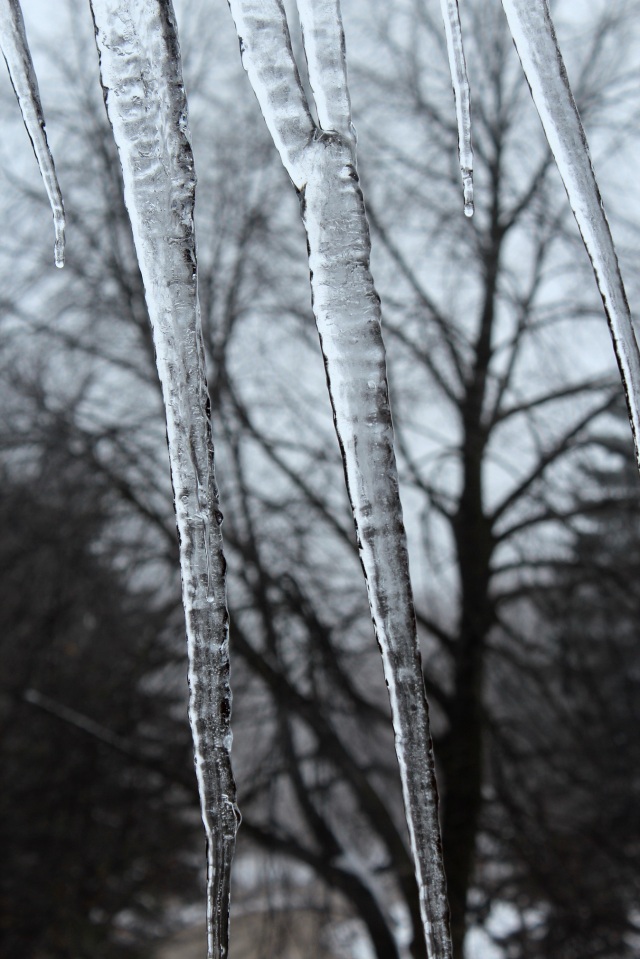 [With a nice hoarfrost.  Then 10 days after the big snow, it was mostly all gone after an all night and morning heavy rain.]

The Pilgrims had amazing foresight to invent Thanksgiving and football on the same day.
~  Greg Tamblyn

Up Next:  Something for the public good.