And So It Came to “Pass”

This is an homage to our Cardinal football team.  A terrific season culminating in the first state tournament appearance since 2002.  The 9 – 2 final record will stand tall, with an offensive team as diverse and exciting as any you will see on the high school level. 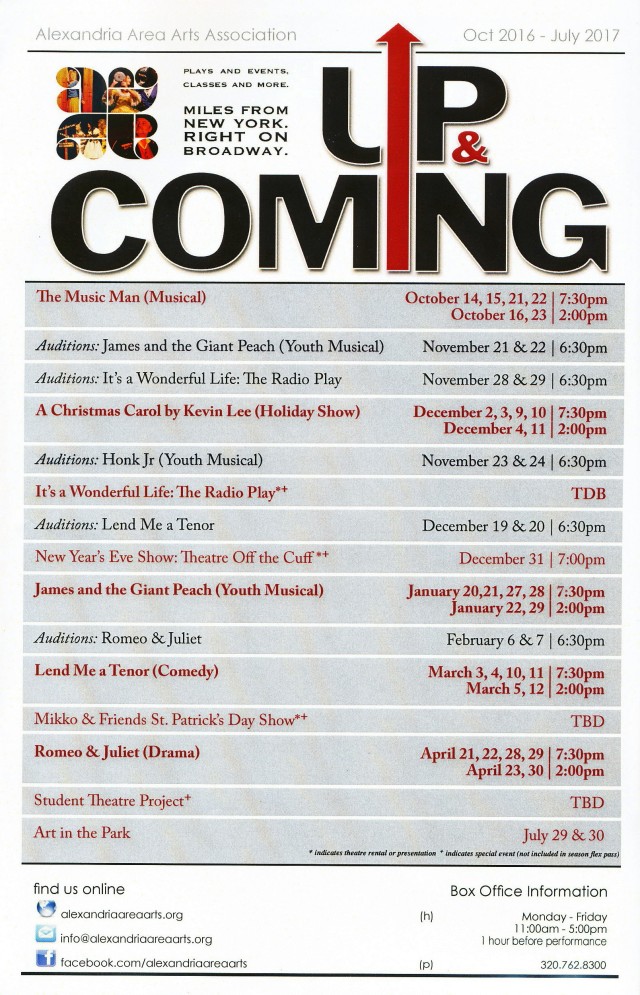 [The Super’s final mow – it’s November and the grass is still green, for Pete’s sake!]

Basketball Dan and I reprised our glorious days of yesteryear when we were footloose and fancy free, i.e., single guys with disposable income!

[FB:  Old guys selfies! I mean, seriously, who has more fun? We’re at the inaugural game at NDSU’s Sheels Center last night. Dan, of course, has seen games at every Division I basketball school (347, I believe). Now he returns to check off new facilities.  This year he has two – this one last Friday night and Saturday night he soloed at the University of South Dakota’s new arena.] 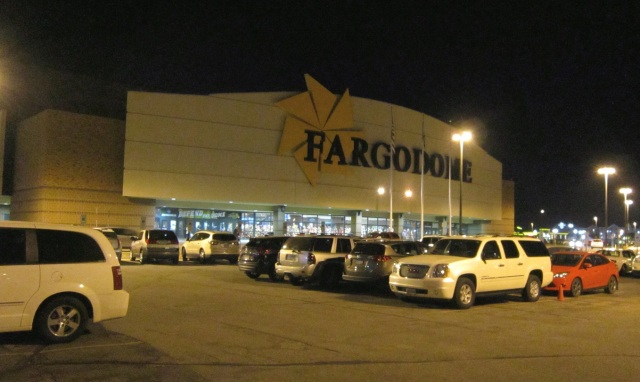 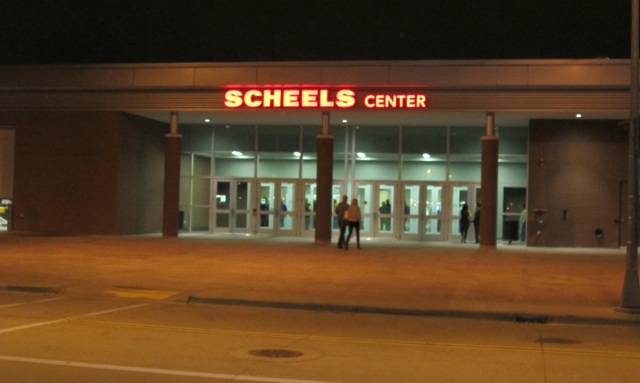 [Because I know there are a lot of Bison fans in this area!] 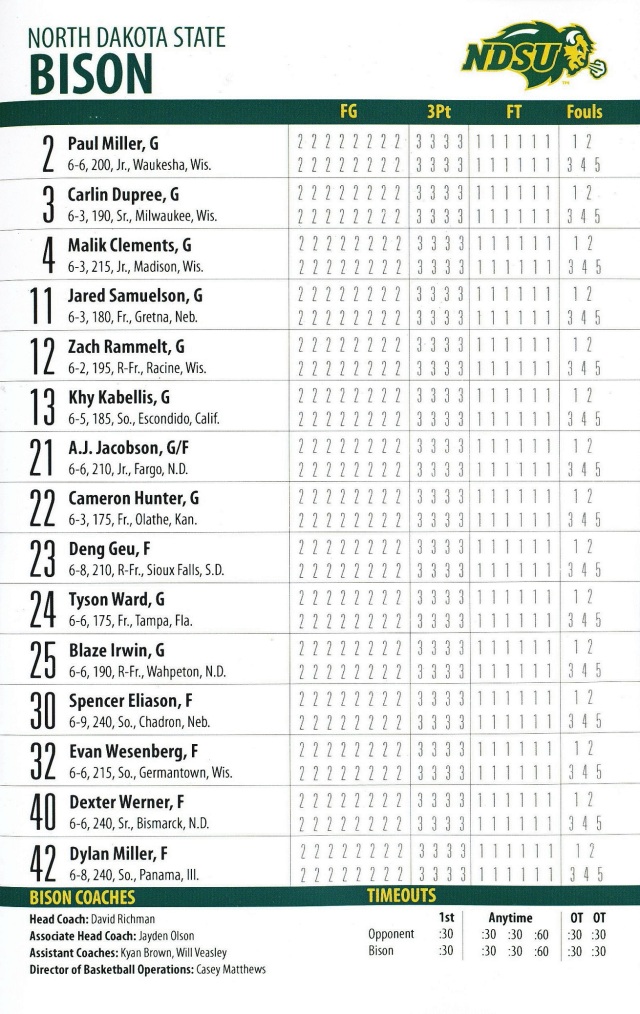 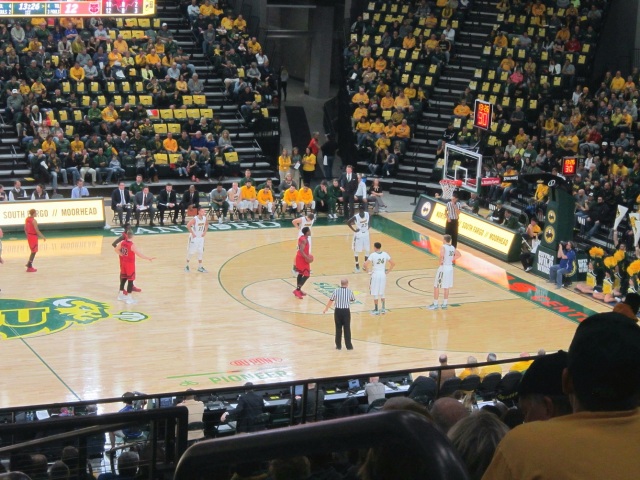 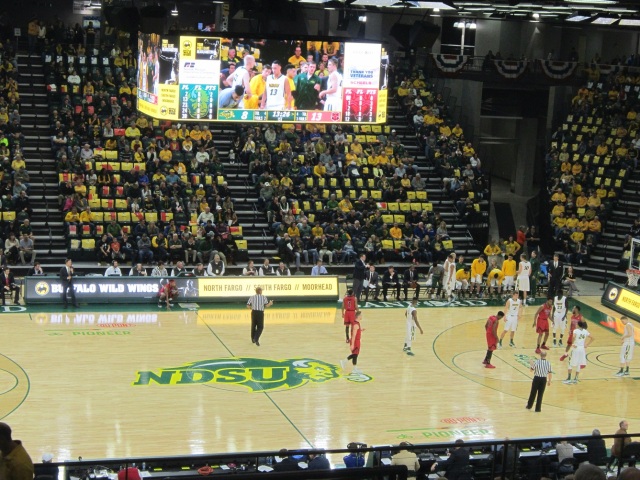 [Some day I’ll be able to tell my grandkids I was there for the first game.  Oh yeah, I already have a grandkid, and he’s 23.] 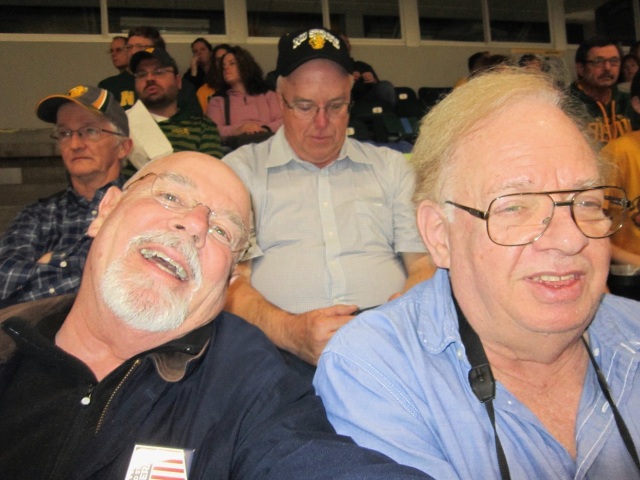 [Visit the Fargodome, where the lobby was littered with dozens of Christmas trees . . . ]

[And the field was littered with the remains of the state high school football games.  This was the last one, in Class AAA (the biggest), between two Bismarck schools.  A school from Bismarck won.] 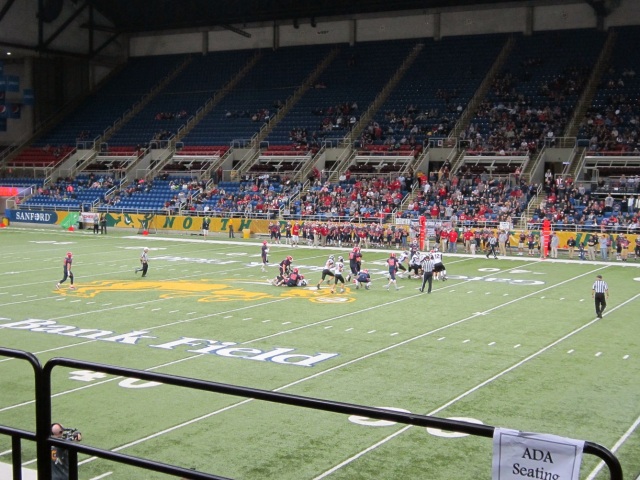 [The “Great One” checking out seating lest he ever return.  He has seen games at every Division I football school, too.] 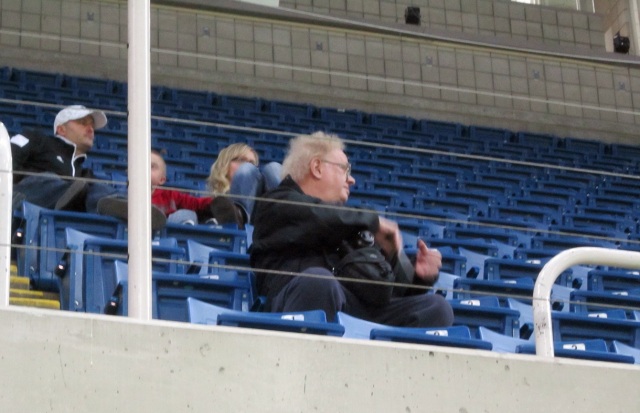 [And now for Minnesota’s state high school football tournament.  Our Cardinals, unfortunately, drew the team that has been rated No. 1 in Class AAAAA (the 2nd biggest) all year, the undefeated Elk River Elks with a average victory margin of 36 points per game.] 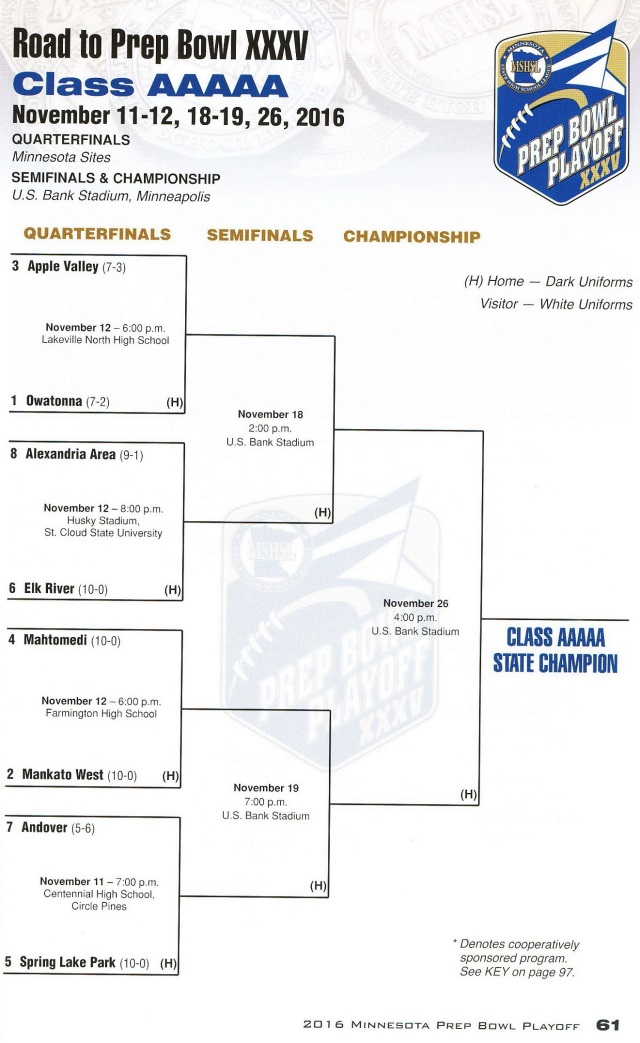 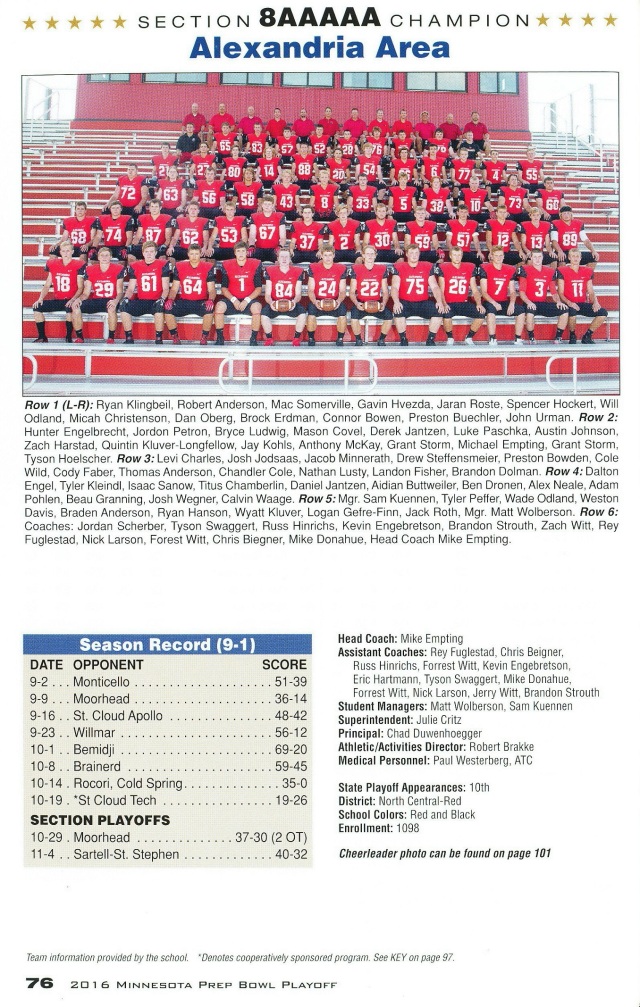 [Something was amiss, immediately noticed by Barb Flaig as she passed our seating area.  The Cards were shortchanged in program!]

[Our Cards, in visitor white, led by Micah Christenson (22) take the field at St. Cloud State.] 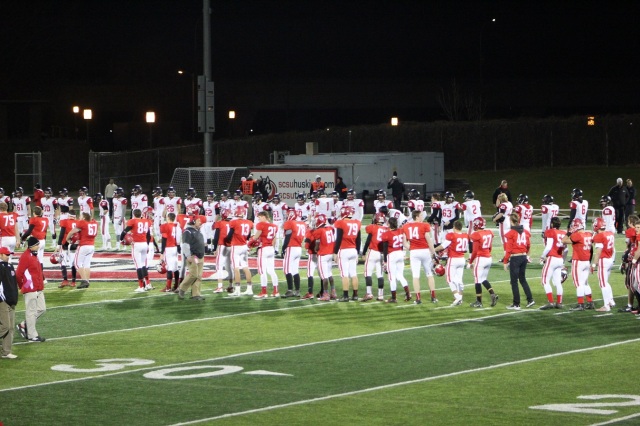 [We kicked off.  Elk River, as they have against everybody all year, marched down the field and scored.  They run the old T-formation offense, never pass, rely on deception (hard to tell who has the ball), and a terrific offensive line.  Anyway, here are Spencer Hockert (84) and Cody Faber (33), back after missing the last two games, back to receive the kickoff – neither were listed in the program.] 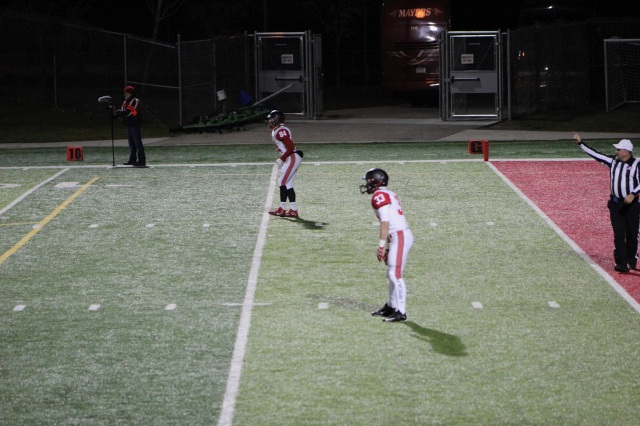 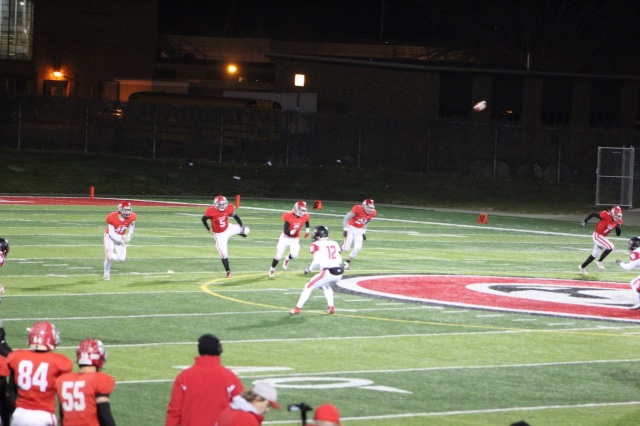 [Quintin Kluver-Longfellow (30), a linebacker, made a nice return.  He also was not listed in the program.]

[Jaran Roste (1), and in the program!, with Micah await the first Cardinal snap.]

[And a pass to the right flank.  Early on I could tell our receivers could get open – so it was just making the plays.] 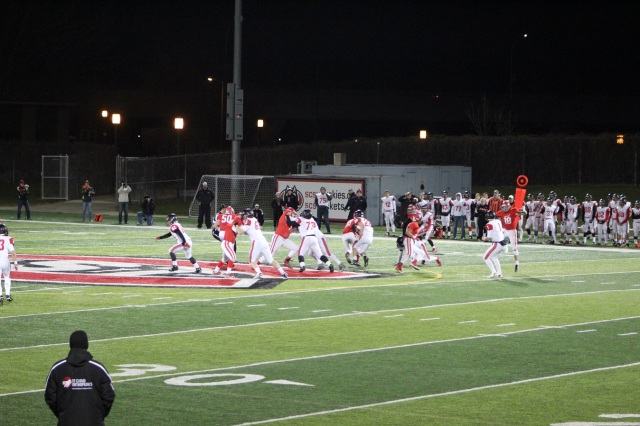 [We had some near misses, some dropped passes early, and some turnovers . . . ] 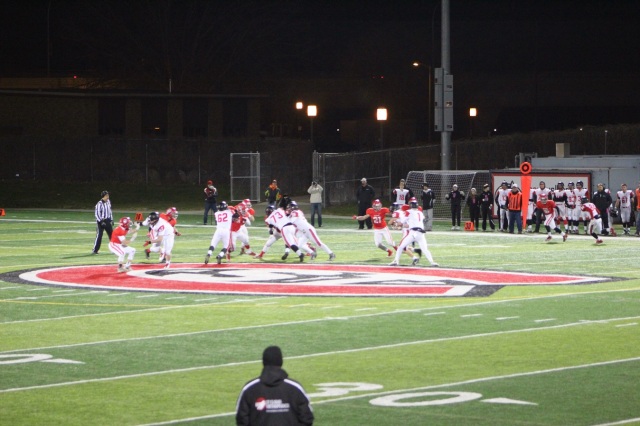 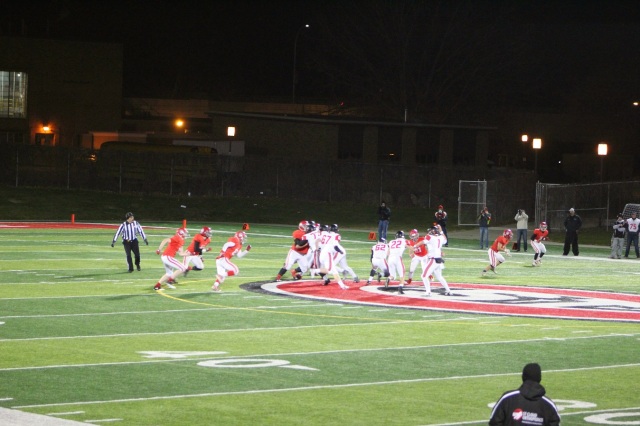 [Our inability to continue drives in the 1st half led to a big problem . . . the Elks scored every time they had the ball.]

[This may have been the play where Cody caught a pass on the left sidelines and took it all the way for a TD . . . ]

[And we went for the two, an option from Jaran to Micah.]

[We had our only lead in the game.]

[The Elks scored again, and again, and had a 23 – 8 lead.  Their ease of running up the middle regularly was likely aided by the absence of our nose tackle, Dan Oberg (75), for the third straight game.  At least Dan made the program!]

[Our best chance to make it a game occurred right in front of where we were sitting.  Spencer was cutting into the end zone where he was tripped.  The pass appeared to be on target but now the only upright player in the vicinity was an Elk, who intercepted.  It would have made the score 23 – 15 and possibly game on.  The Elks scored again.  We looked like we had a big play going early on our next series, but the pass was bobbled, then dropped for a fumble and the Elks scored again on a short field.  The game was essentially over. We left at the half . . . because it’s dark at night and we don’t like to drive in the dark (OK, it would have been just as dark at the end of the game, but the late start, 8:00, meant a late end.)  We listened to the game on the way home.  The Cards got their big play offense going (we could always move the ball) in the 2nd half making the final score 60 – 36 (at least more points than anyone had scored against the Elks all year).  A Big Congrats to the team again.  A really fun and exciting season.  Now let the winter sports seasons begin!]

[It’s a par-tay!  And tastings of 4 wines, with Thanksgiving hors d’oeuvres to be featured further down the page.] 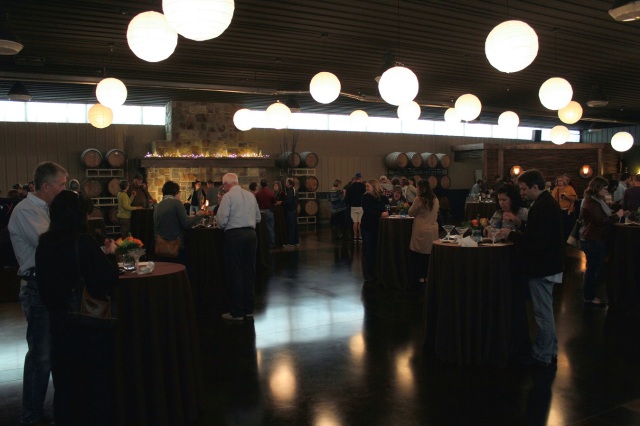 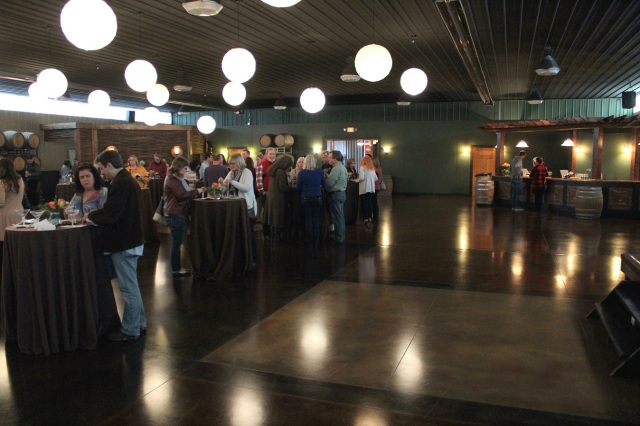 [Professor Miltich was once again the entertainment.  He sang “Suzanne” for the first time as I can recall and, of course, “Hallelujah” as we bid our final farewells to Leonard Cohen.] 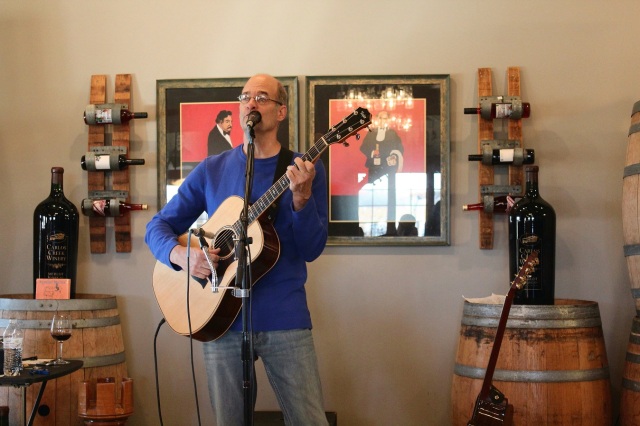 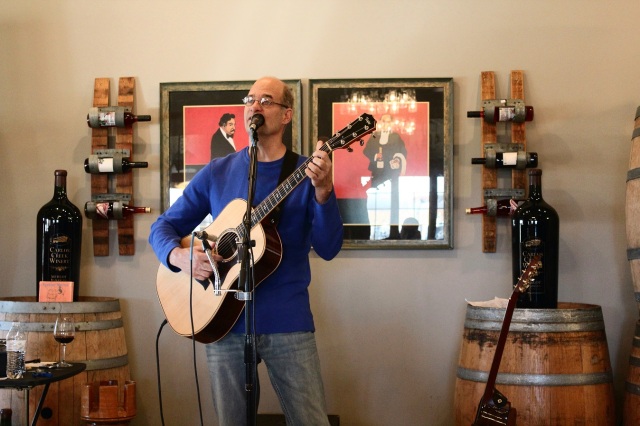 [Our box of three – the every three-month price for membership in the wine club.]

[And, of course, the well-practiced “Piano Man” choreography.] 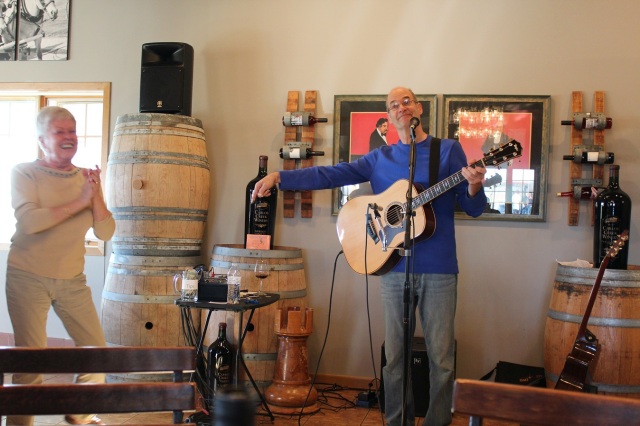 [Mid-November.  Minnesota.  Bright and sunny and 60+ degree.  People were leaving early to go home to fire up the convertible.] 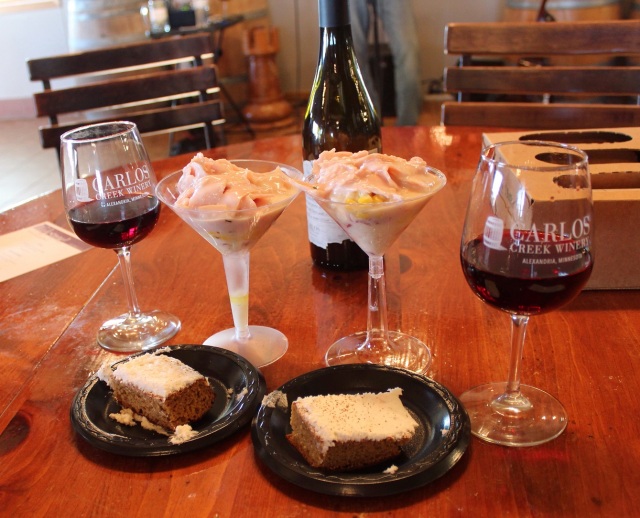 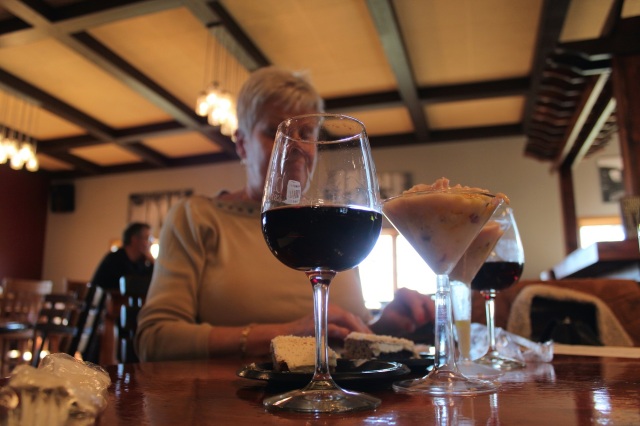 [As we leave, a beautiful day in the neighborhood.] 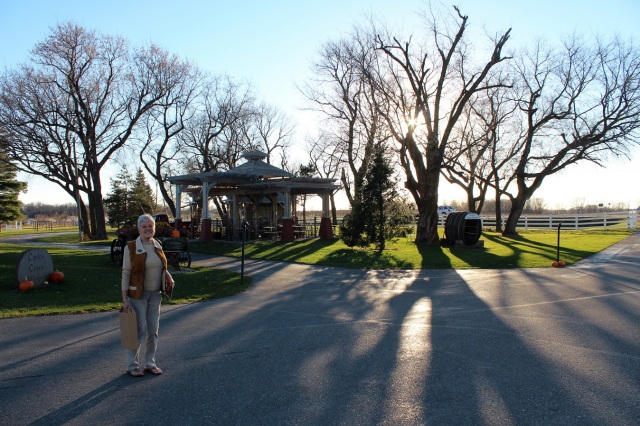 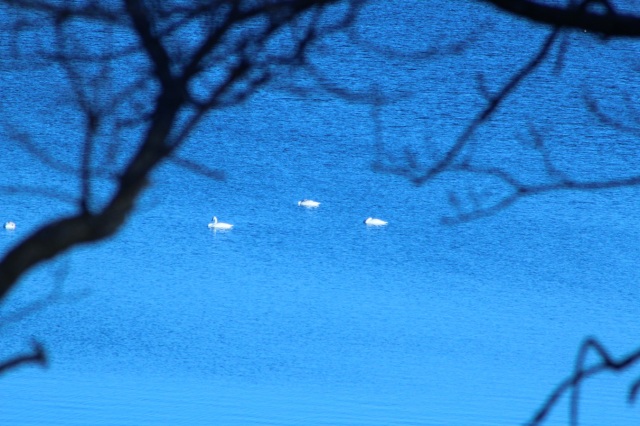 [And the Super Moon!] 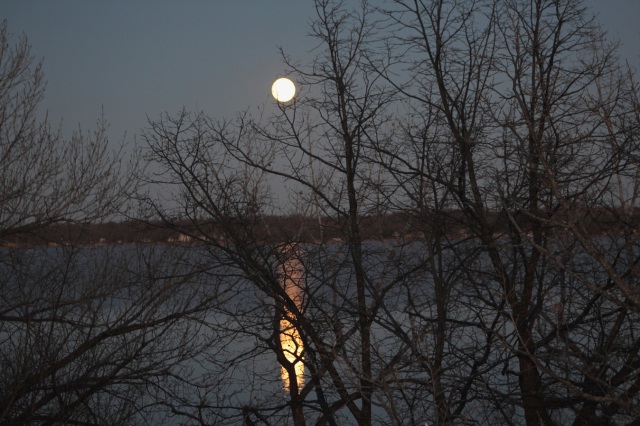 Baseball players are smarter than football players.  How often do you see a baseball team penalized for too many men on the field?  ~  Jim Bouton