[So, early in the week the Howells sent an e-mail asking if we were up going to “Teen Idol: The Bobby Vee Story” at the History Theatre in St. Paul on Saturday.  A quick check of the calendar indicated that was a possible dreaded fall clean up day . . . WE’RE IN!! First on the list when we arrived in St. Paul – fining dining at The St. Paul Grill!]

[Then an amble to the theatre through downtown St. Paul on a beautiful autumn day.] 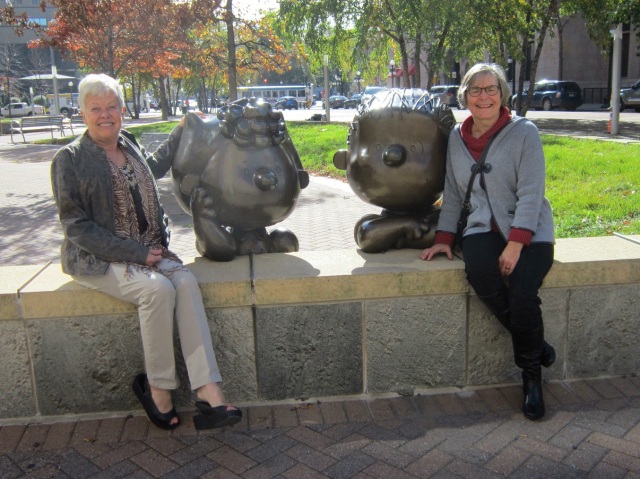 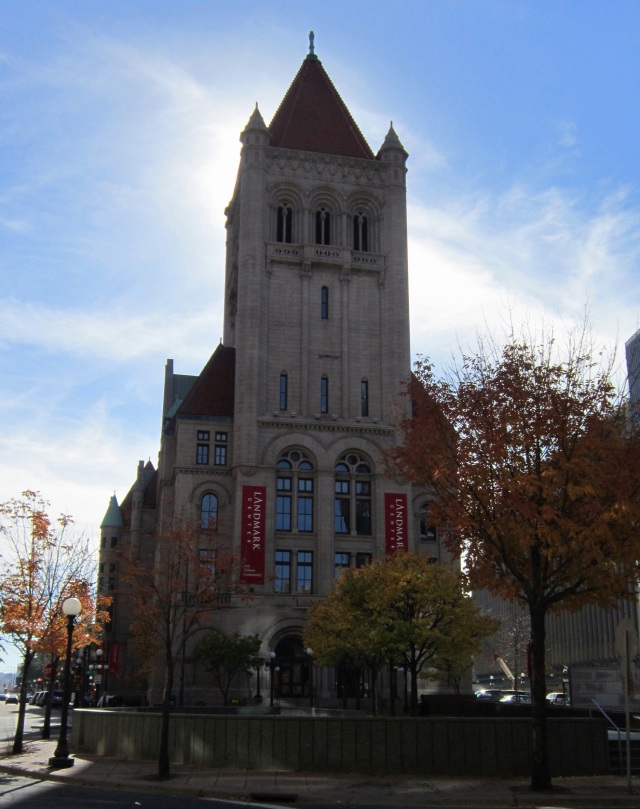 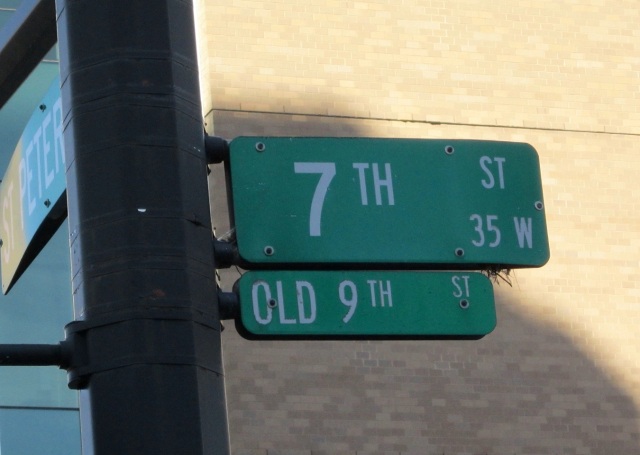 [The Fitzgerald where the new guy would be hosting his 2nd edition of “Prairie Home Companion” later that day (I think?).]

[Across the street from the Fitz.]

[The scaffolding is starting to come down around the capitol.] 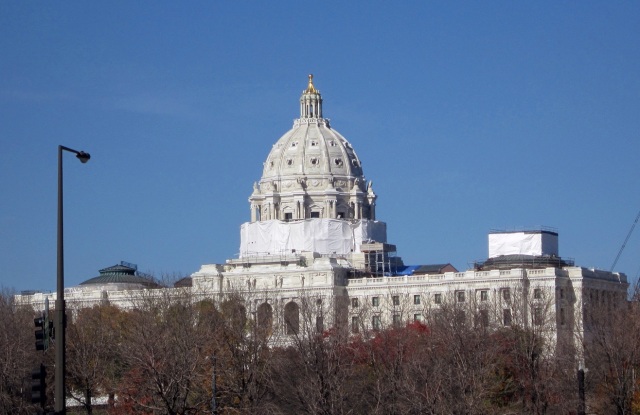 [If you were a follower of “Sesame Street,” you know “h” stands for history.] 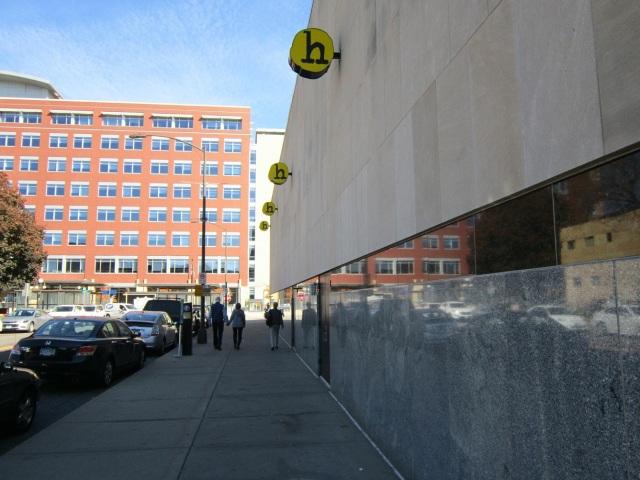 [I did not know the History Theatre was “tied” to McNally Smith?]

[We’re in, row H (which as you recall stands for history).]

[Of course, the theatre was full by the opening whistle.] 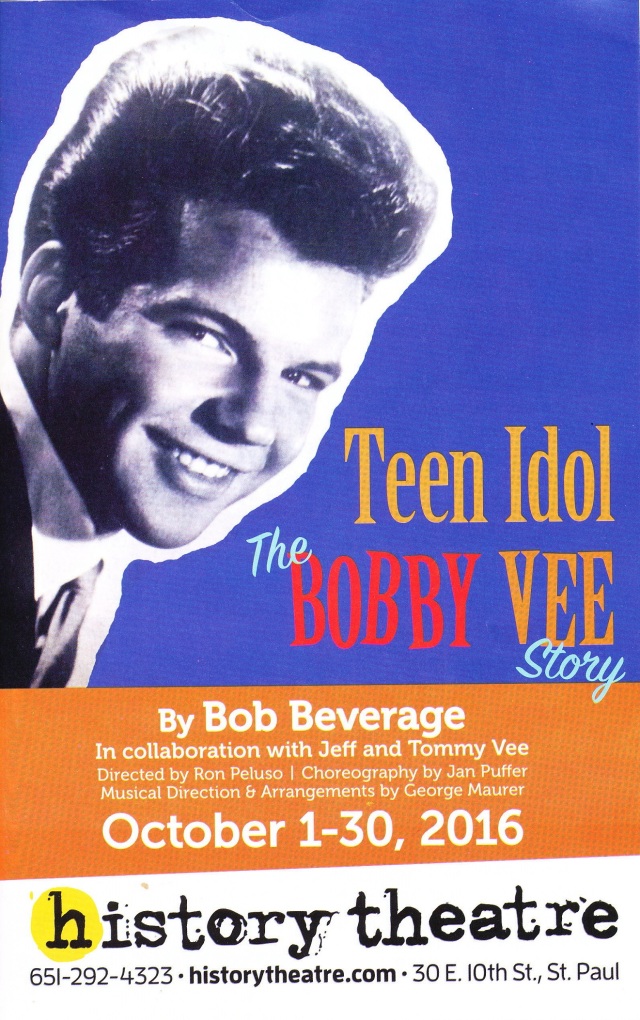 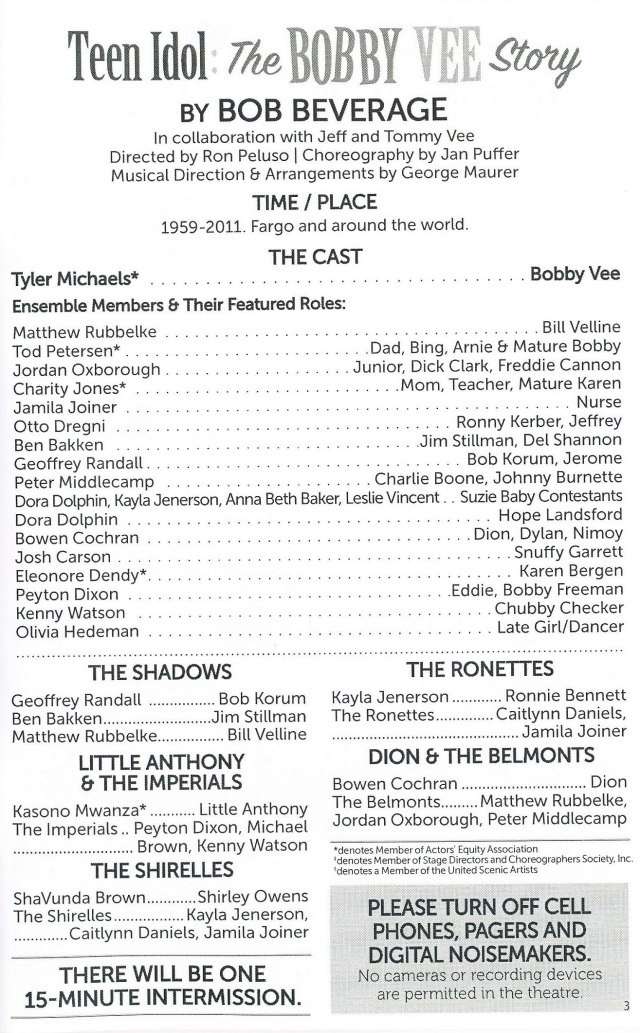 [And if you’ve been on Medicare for at least a couple years, you will recognize and know the words to every song on the “playlist!”  Hey kids, remember when we used to listen to these songs all day long on KDWB and all night on WLS in Chicago?] 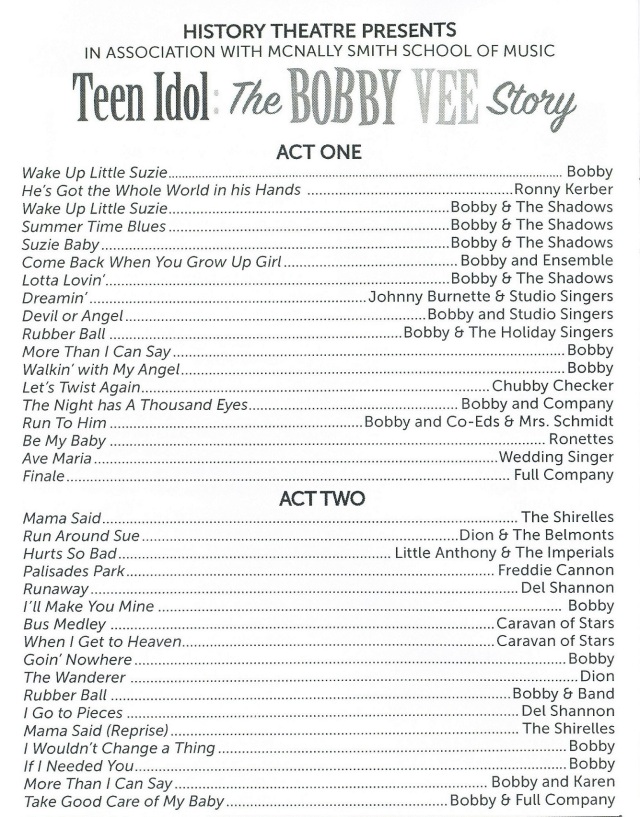 [And hey, Dave Berg!  Matthew Rubbelke (“Bill”) is a somewhat younger you!] 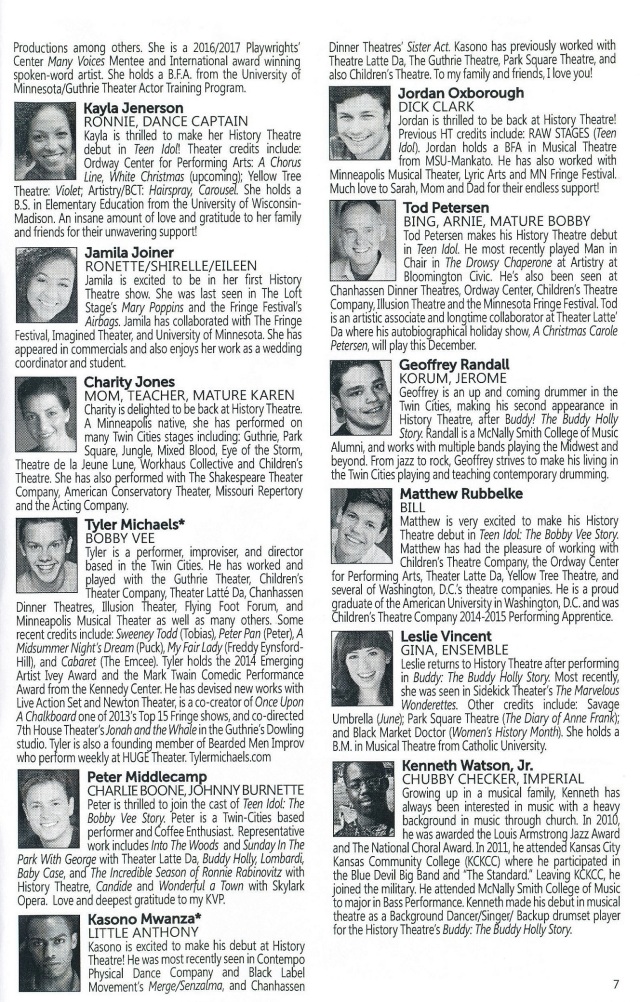 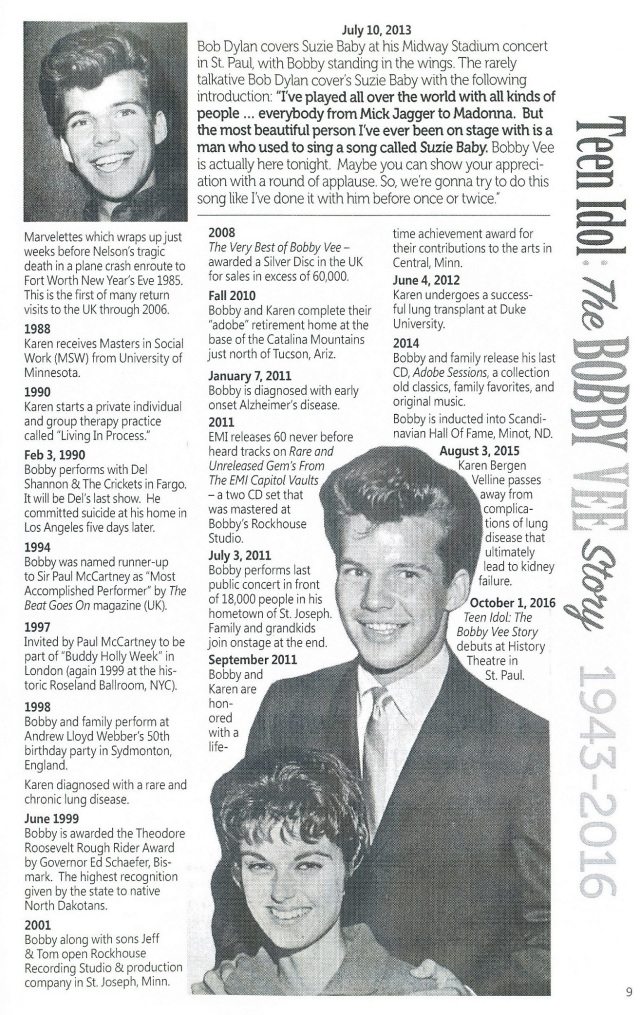 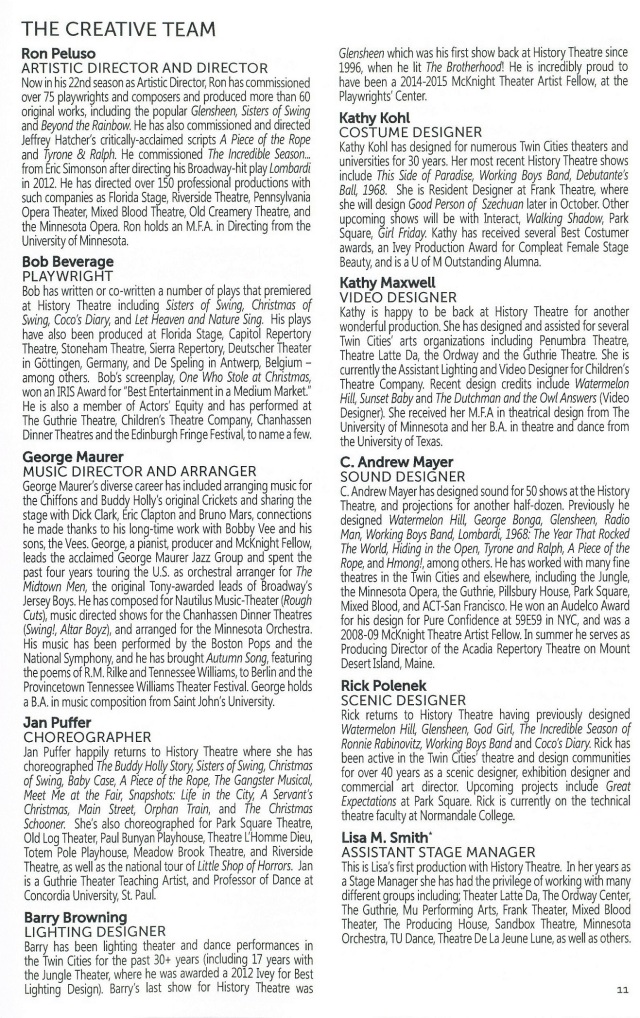 [This photo of the whole Velline family after the show is on loan from Julie’s FB page.  We did get a chance to visit with Matt and Julie, now long time residents of Alexandria, before the show.]

[You have one week left to see this show!] 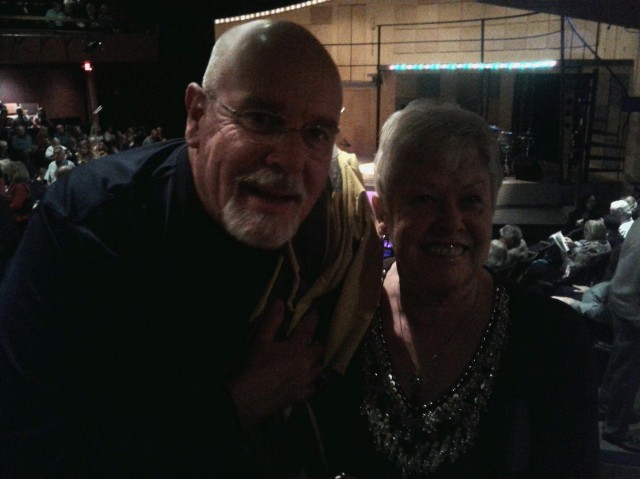 If I didn’t do this well, I just wouldn’t have anything to do…I can’t cook, and I’d be a terrible housewife.”  ~  Freddie Mercury (Queen)