The Fall Sports Season Has Begun!

After an auspicious debut for Cardinal sports teams last night – a volleyball victory over Bemidji; and the boys and girls soccer teams garnered a win and a tie, respectively, against East Grand Forks – I hasten to add this bad news from the Echo Press:

The next 46 minutes gave the Cardinals (0-0-1) their first taste of true adversity of the fall, allowing the equalizing goal in the waning stretch of the first and suffering an apparent serious injury to a senior captain in McKenzie Revering late in the 1-1 match.

“She had a real nasty looking fall and it didn’t look good. You see players go down in a very awkward manner, whether it’s soccer, football, or whatever, and you just cringe,” head coach Tom Roos said on Revering. “That was a moment where you kind of cringed, so we’re hoping for the best.”

Rev is also, of course, the key player on the hockey team and has accepted a scholarship to play for UMD next year.  We wish her all the best and hope for a speedy recovery.

[For our purposes, the Class of ’65 was represented at the volleyball game.  It was Brad’s first ever indoor sporting event at AAHS.  While standing in line for tickets, girls’ basetball coach, Wendy Kohler, stopped by for a chat.  So, I had to get Brad’s picture with her daughter, Kendall.  Kendall is also on the soccer team, so Wendy was on her way over for that game.  Brad marveled at his ability, as a proven old person, to purchase tickets for 10 games at $20!] 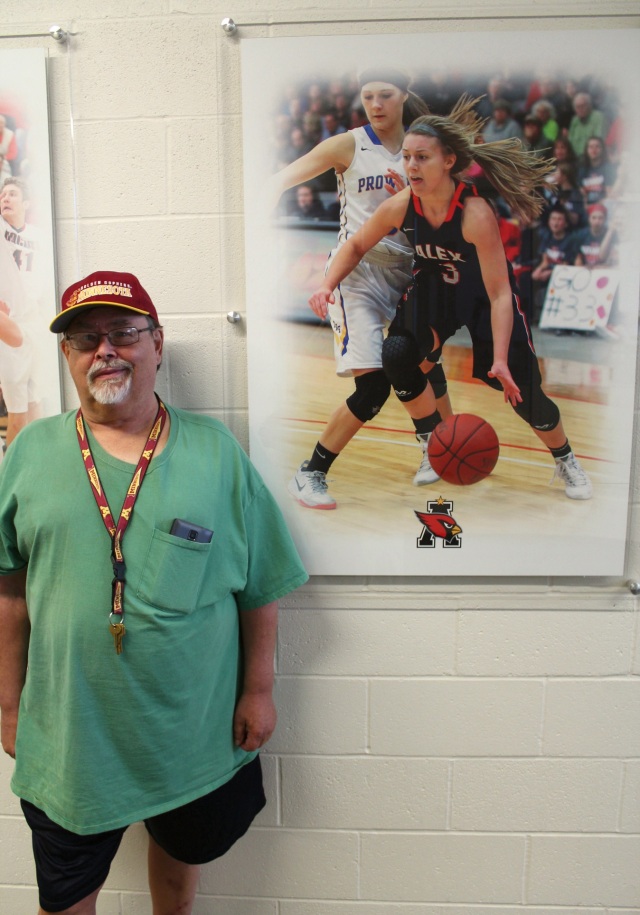 [Even I don’t know the height of our players?]

[While McKenzie pirouettes in the background, the mother of a previous Cardinal libero, who is now performing such as a senior at St. Kate’s, accidentally (?) enters the camera’s field of vision.] 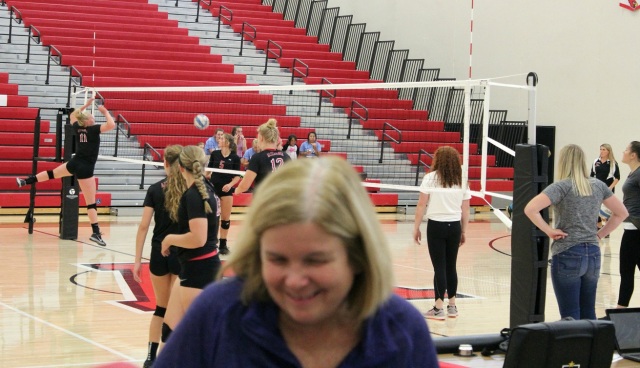 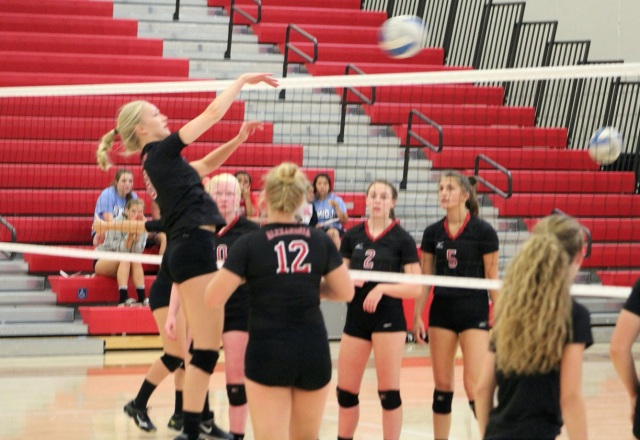 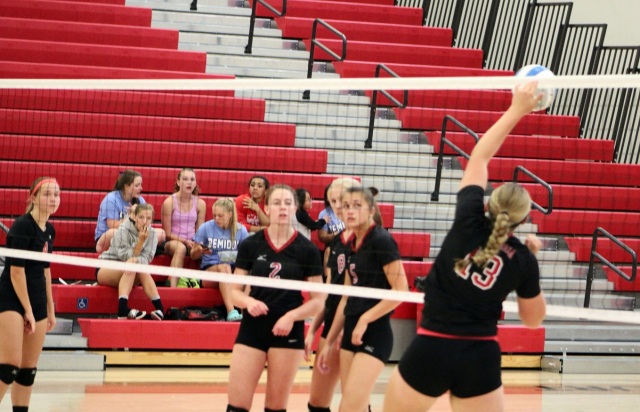 [It was also early season training for the cub reporter (third person ‘me’).  For convenience, Brad and I plopped down on the wrong side of the court.  We would have found it an inconvenience to subsequently move – so we didn’t.  It was a bad place from which to shoot photos, particularly during player introductions.  So I didn’t get them all. But here I did get the aforementioned Ms. Roderick (7), she of the “hair.”] 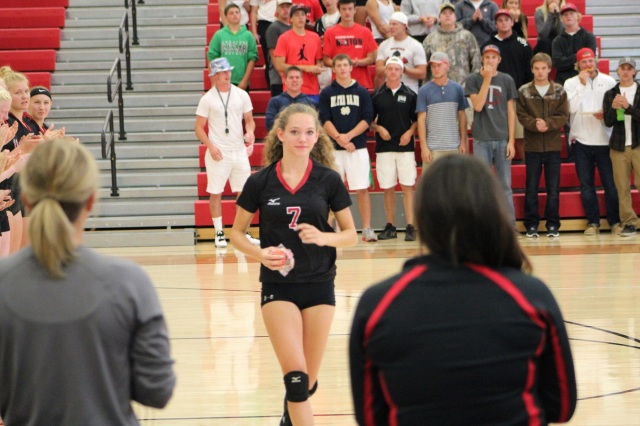 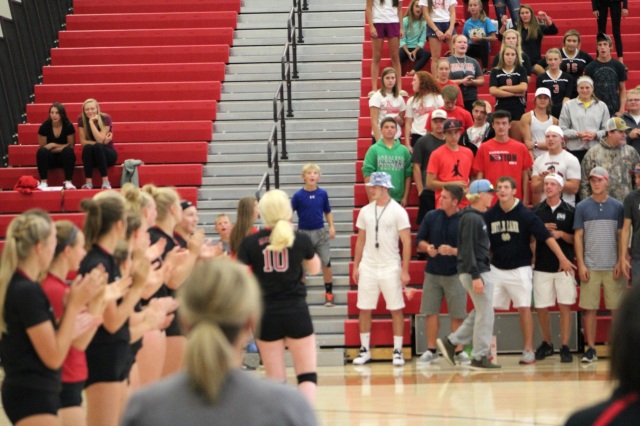 [Then senior Jordyn Lamb (1), who with senior Abbe Pohlen (5) were the leading returning scorers from last year, as the kid in the background was either signalling touchdown or I want candy.  Jordyn would go on to be our leading “killer” for the match.] 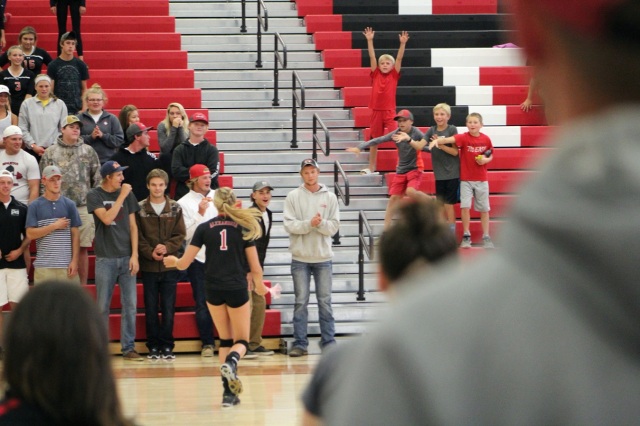 [Senior Kayla Feldhake (12), who is our center in basketball and our setter (?) in volleyball.] 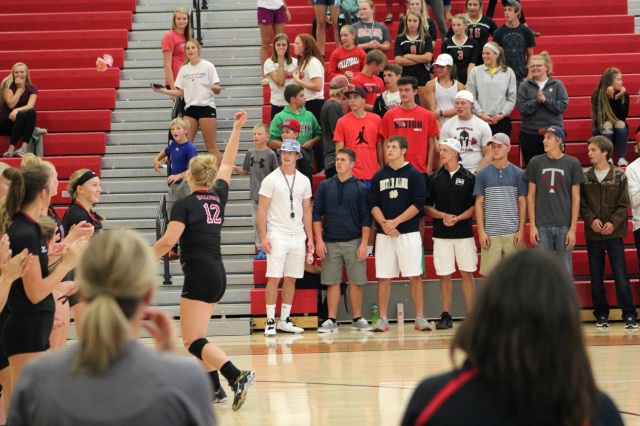 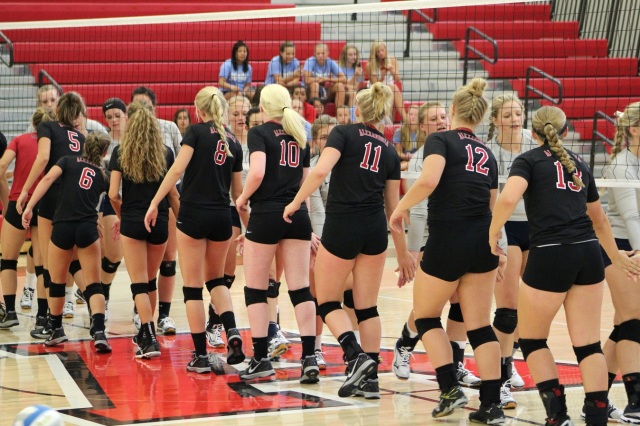 [And we’re off as a Lumberjack shot flies by the double block of McKenzie and junior Tori Jeseritz (2).] 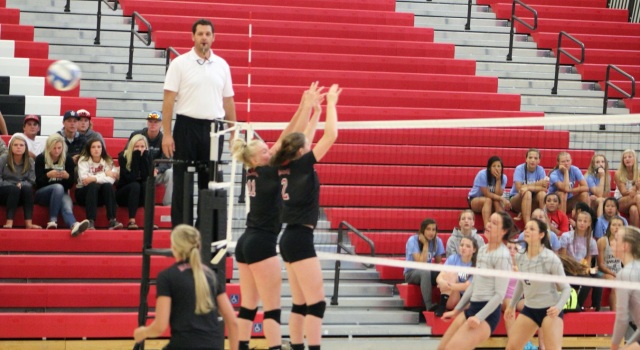 [McKenzie serves while the gray garbage can in the background ruins my feng shui.] 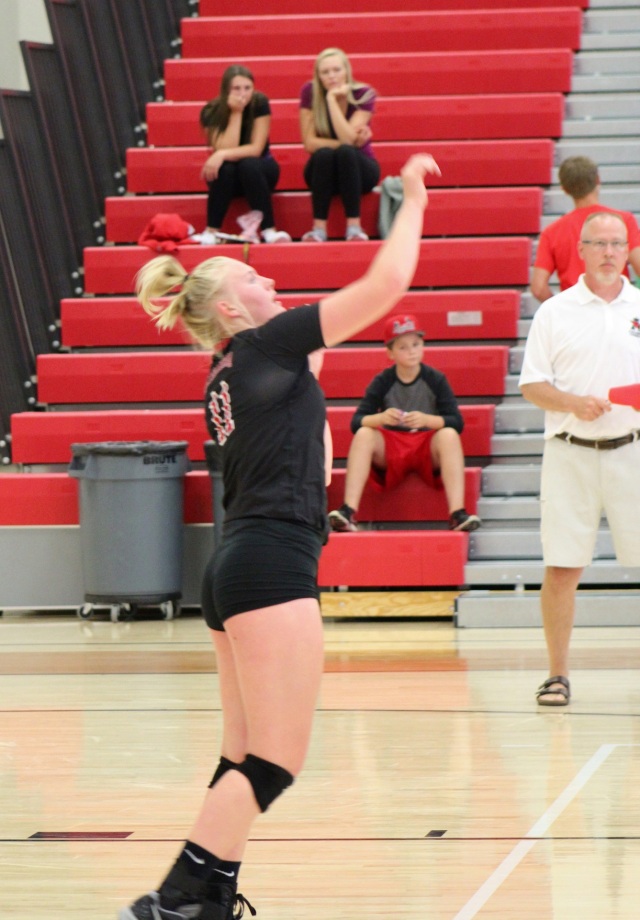 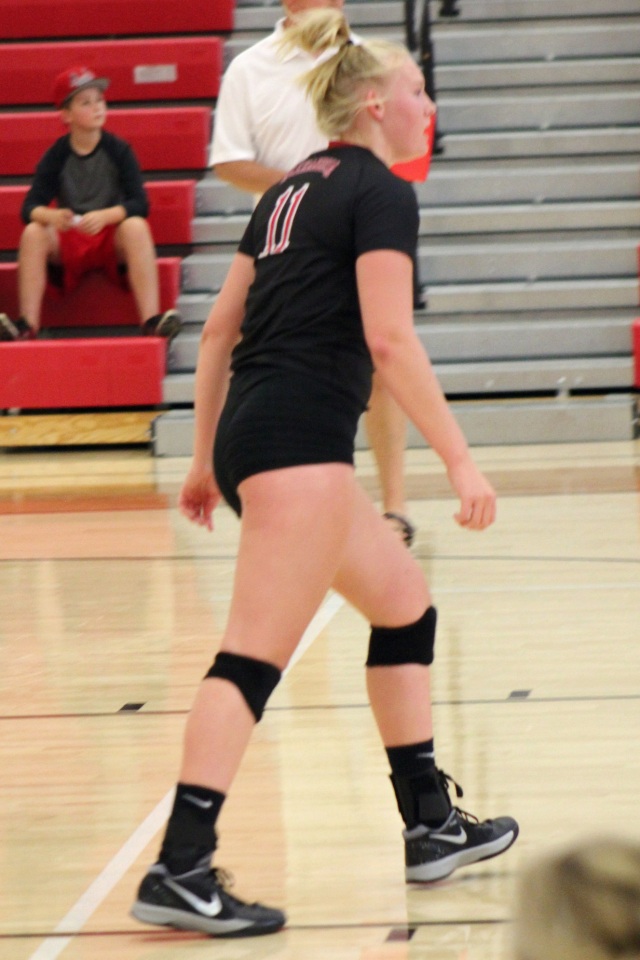 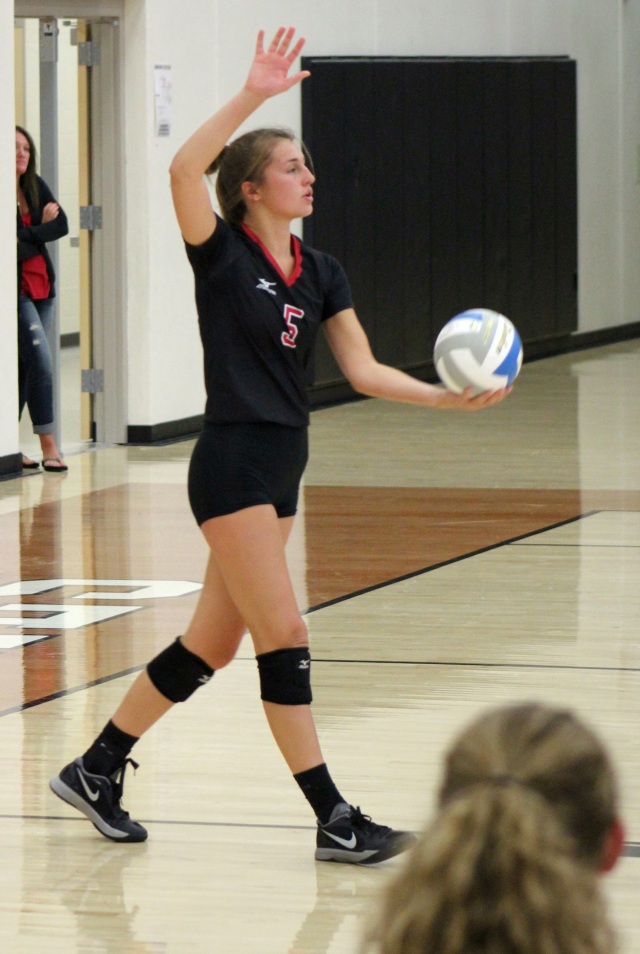 [Kendra, Abby, and Kayla on the blocking line.] 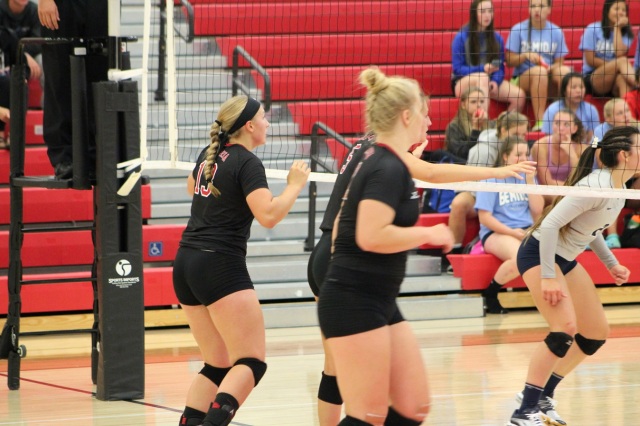 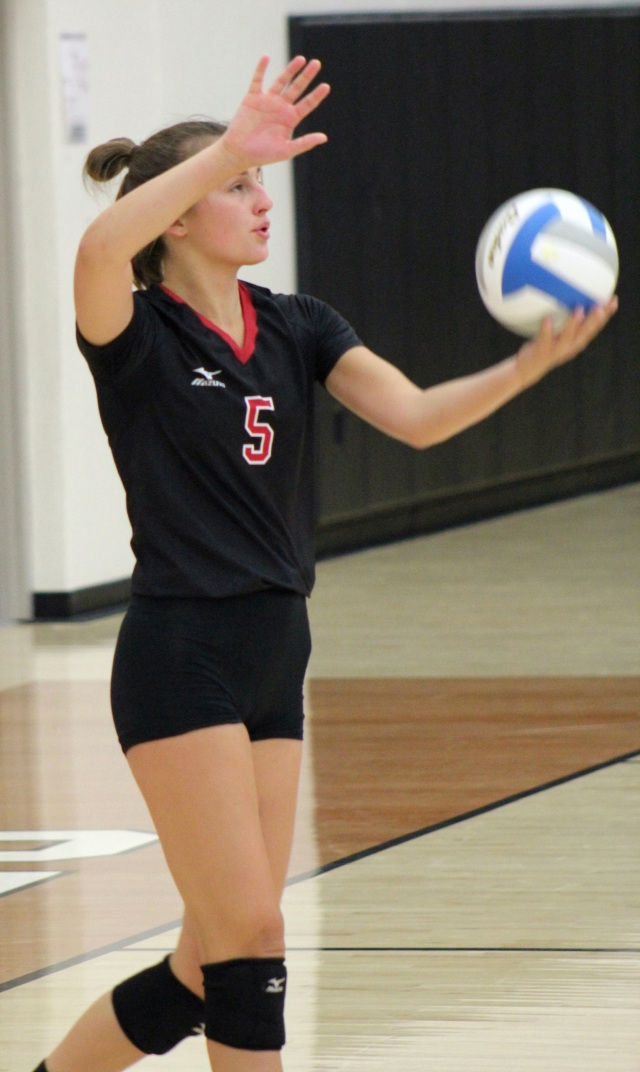 [The Cardinal red garbage can in the left background is much more feng shui-ey.]

[Senior Syri Williams (3) is our libero and apologies for not giving her more coverage in this match.  Not only was she our leading server in this match (based on my impressions), but she was also a member of our state champion track team!] 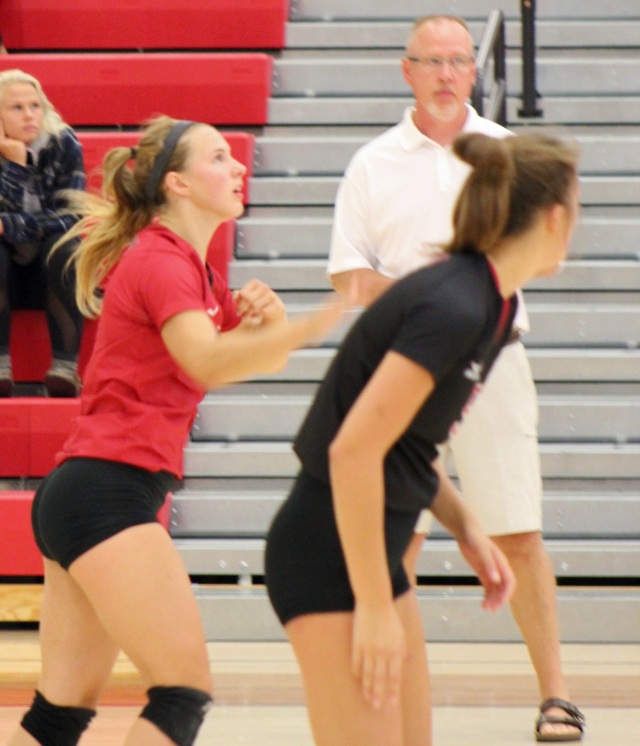 [Anatomy of the jump serve as demonstrated by junior Alana Rodas (6).]

[Most years only one or two players at most are even allowed to attempt this in games . . . ] 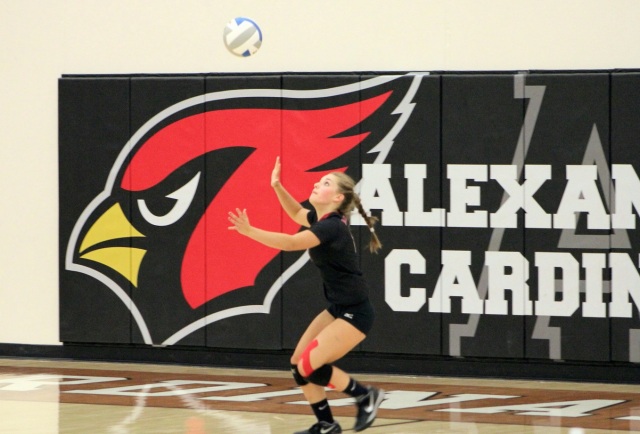 [I recall her last service of the match was flat-footed to get it in play.] 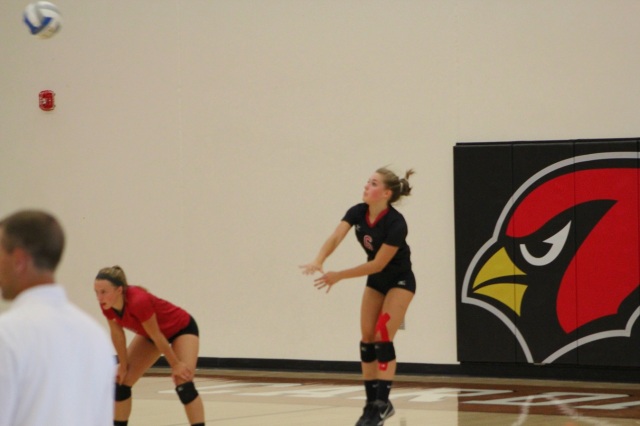 [Jordyn at one time in game 2 smoked three kills in a row.] 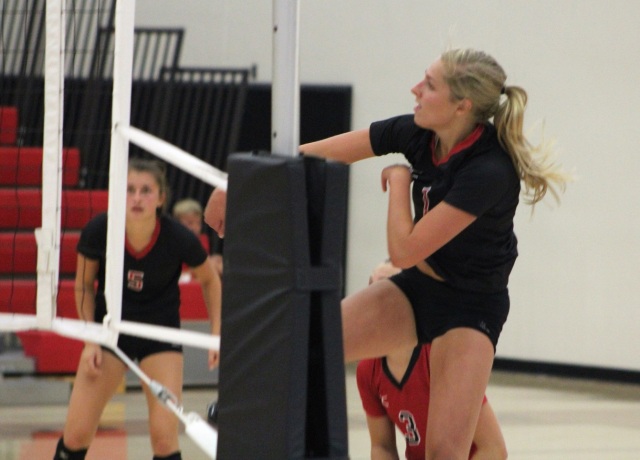 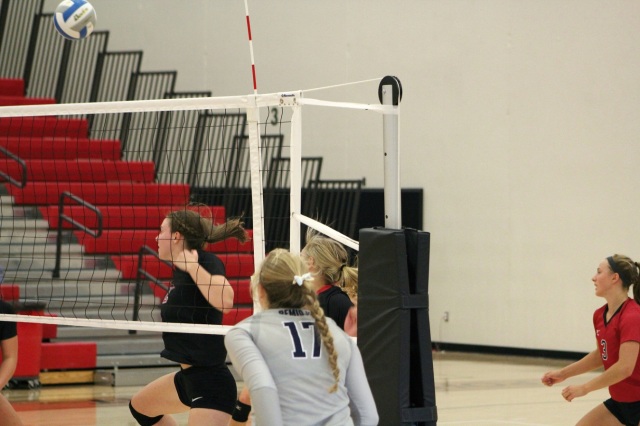 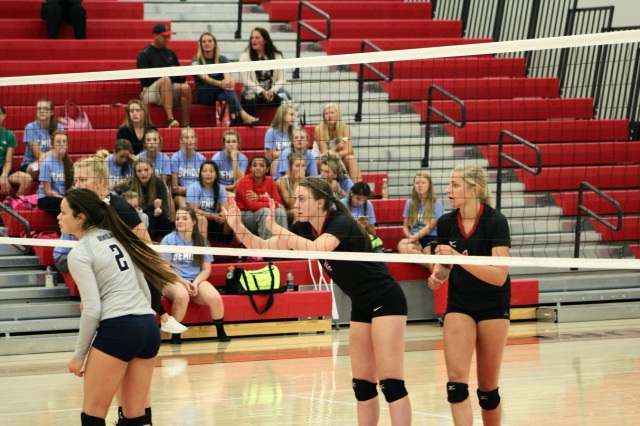 [Then Kayla and Tori go up to block.] 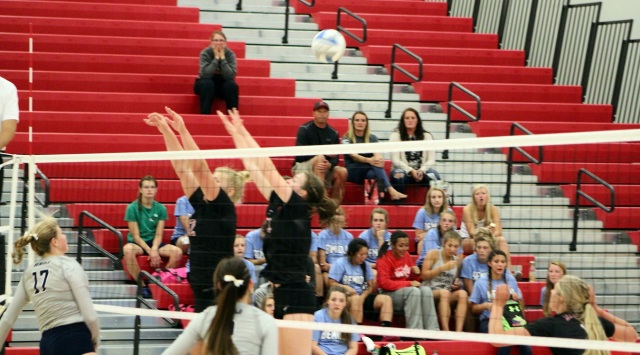 [As the ball flies away behind them.] 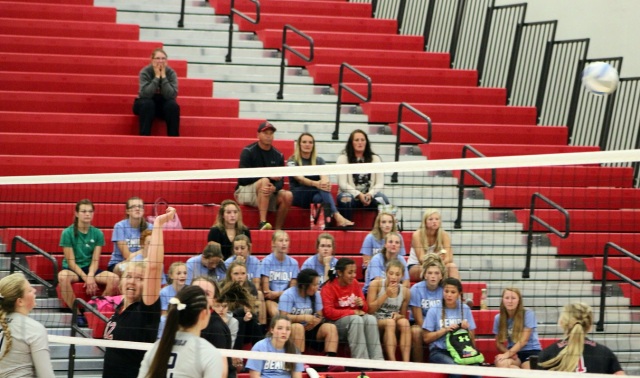 [ I found a great new restaurant in Sebeka!] 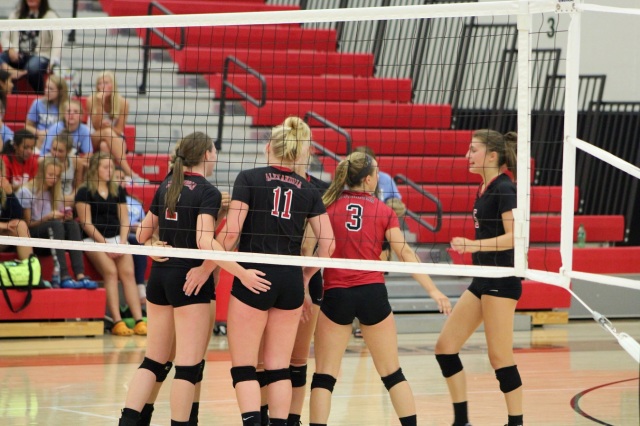 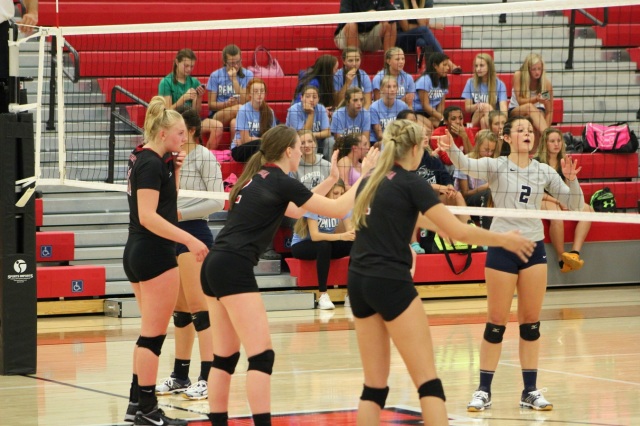 [And let’s see if Ms. Rodas can do that jump serve again.] 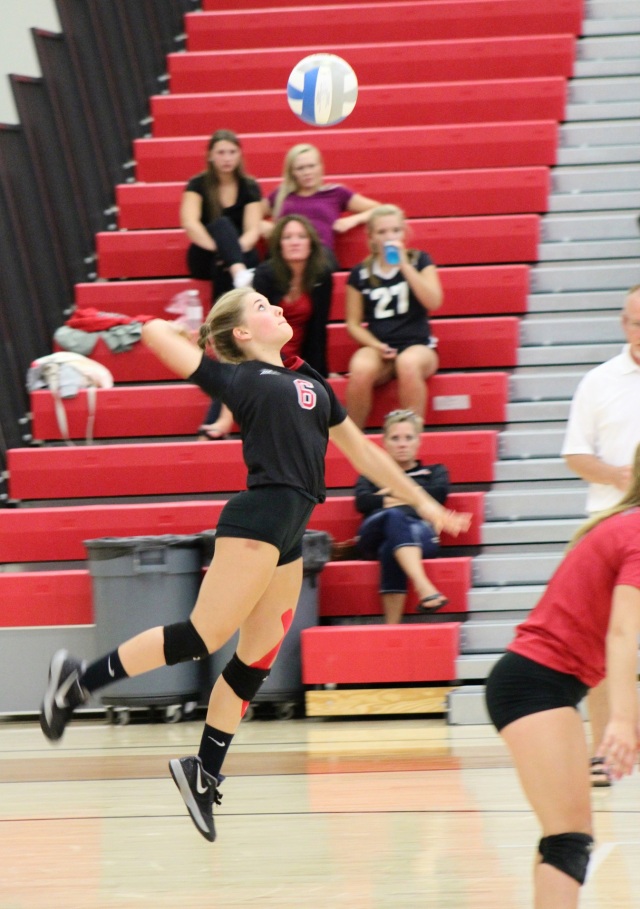 [Not quite a tall as her teammates, she gives it pretty good thump from high altitude.] 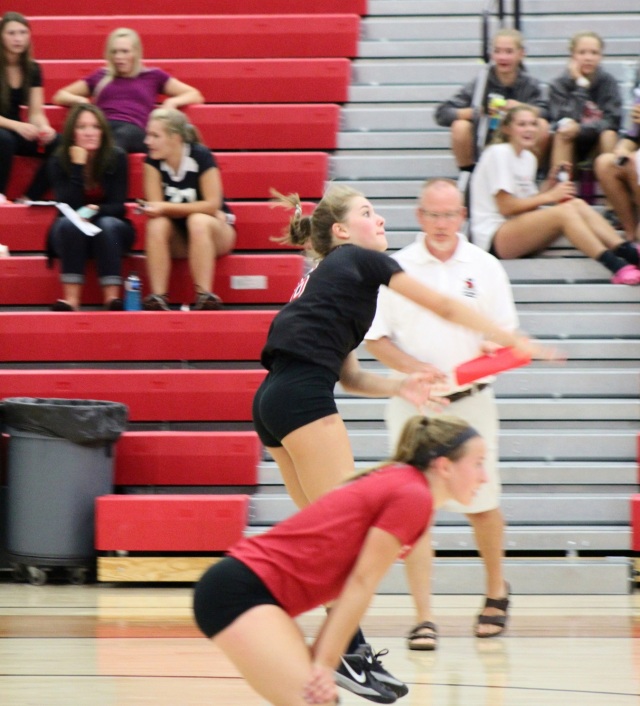 [Now that old guy in the stands is taking our picture again.  Just try to ignore him.] 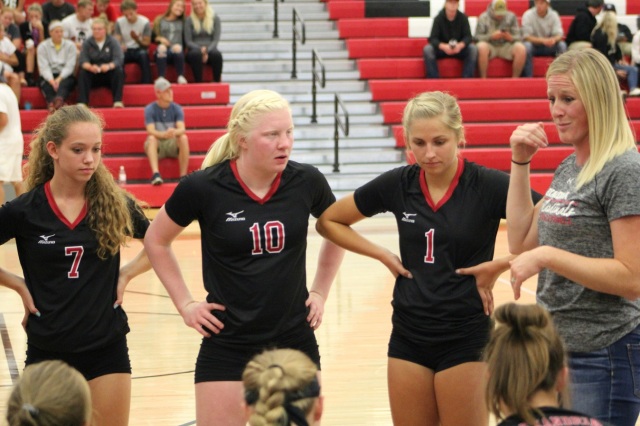 [So, do you know the flavor of the day at Culver’s?]

[The Justice League of America!]

[OMG, is this another Kim Kardashian sighting delay?   (BTW, does anyone know the anatomical basis for girls’ hands on hips thumbs forward, while for boys it’s thumbs behind?)] 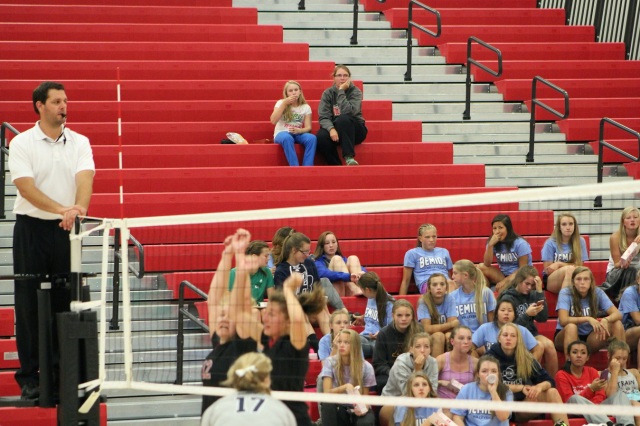 [That shot could be a tad high?]

[The ‘Jacks No. 4 appears to have made a diving save.] 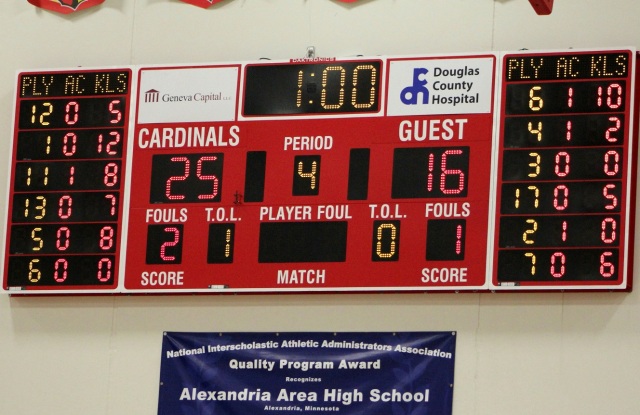 My boyfriend told me I had to choose between him and volleyball….big mistake…I’m really gonna miss him!!  ~  Heidi