[The Super hosted the AAUW (no, not a union) at the house.  Danny and I didn’t fit the profile, so we fled . . . first to The Depot where we discovered Big Ole’s restoration to be in the Smurf mode . . . ] 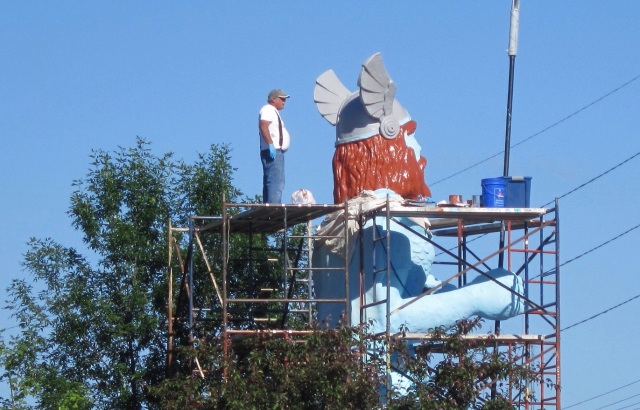 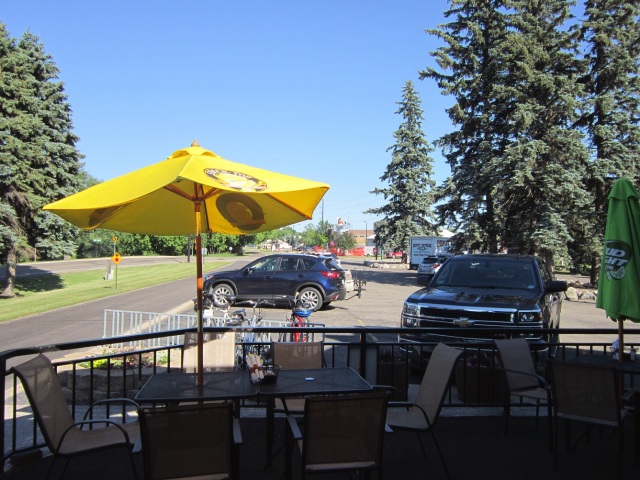 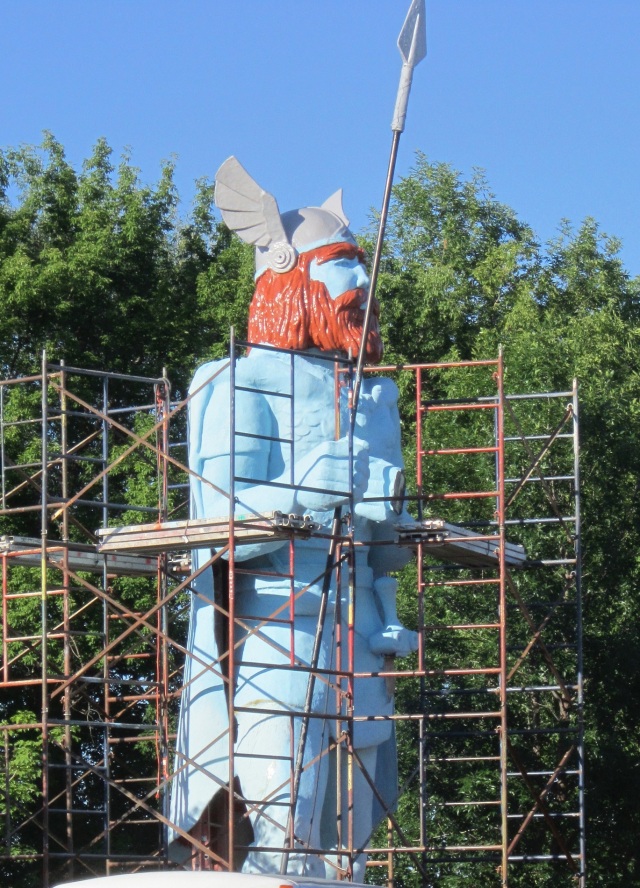 [Then to Sixth Avenue Wine & Ale, where Al & Friends were playing.  I was sans camera, so I dialed up a video from a couple of years ago . . . you just have to think Terry Kennedy in the Mary Lou Thunselle spot, but Bill, Al, and Mel remained the same.]

[Anthony led off a “duo” of performances on Friday.  Carlos Creek Winery provided the venue that afternoon.  Oh yeah, the winery hosts weddings pretty much every weekend.]

[A performer should never run out of guitars!] 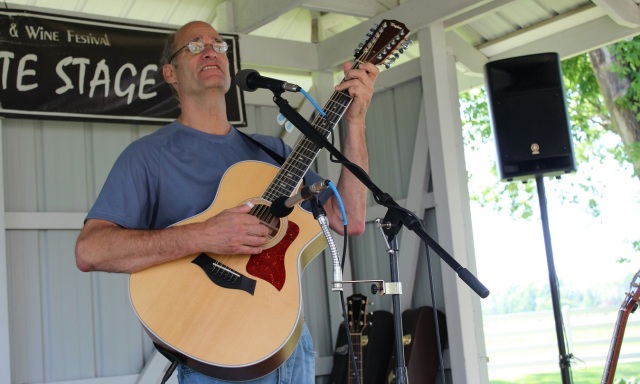 [Sang Landslide during a break.  Part of a larger group of alleged educators from Ashby -also claimed to be close personal friends of Helen and John!  Mostly, they just seemed happy that the school year was over.] 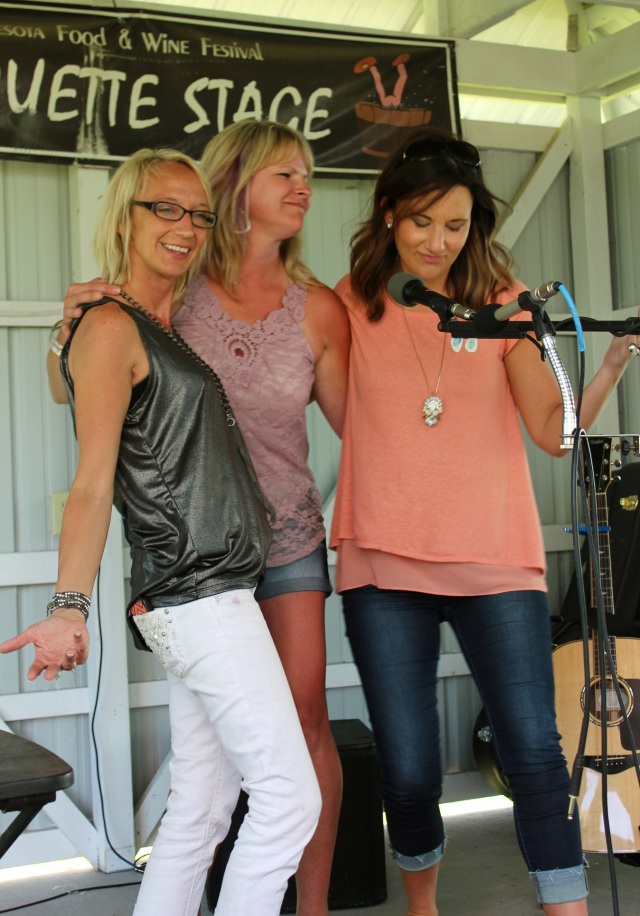 [That back wall will eventually be pushed out 12 feet.  The deli will be removed, and the  entertainers will perform in the middle of the new back wall.]

[The view from the inside to the outdoor performance area.] 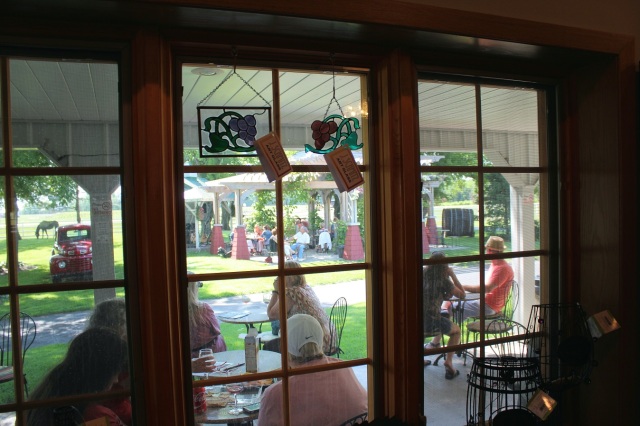 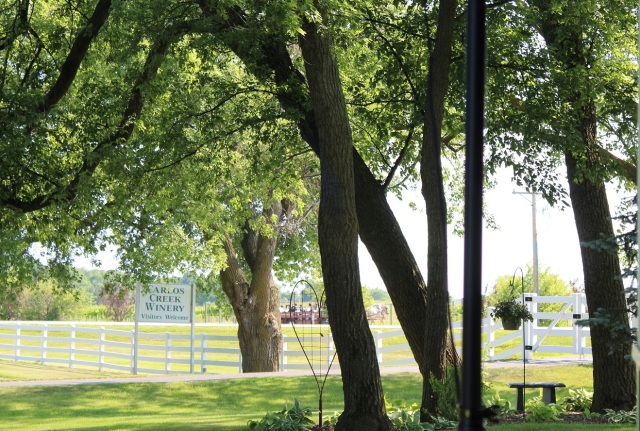 [Always special when Mr. Mahar comes to town.  I decided the lighting was not good for a video, but here’s one from a couple years ago.]

[And on the way home, here’s that Ole guy again.]

[The first of a “trio” of events on Saturday, beginning at the winery.  Skippin’ Stones is a relatively new group from the Cities, though we have seen them here before.  The Super setting up her Missing U at . . . posting.] 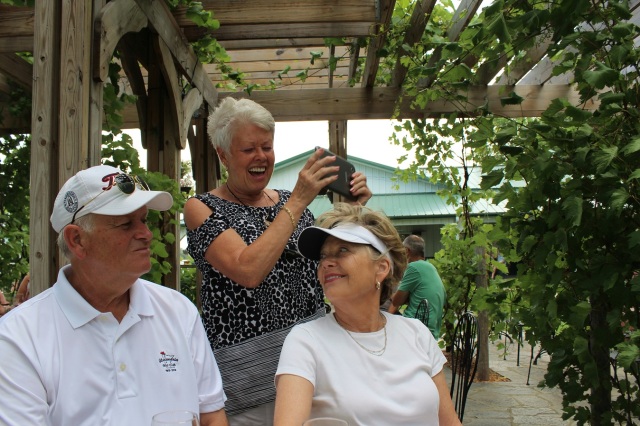 [Oh, I can’t believe that?  (Obviously, I have no idea what they were talking about.)]

[Gale force winds prevented any video activities.  This was the only video I could find on YouTube, but it gives a good cross section of their music.]     ]

[Beautiful evening with Lake Le Homme Dieu in the background.  Big crowd, lots of noise, and the wind was still an issue – no videos taken here either.]

[Finally, a video taken on the day!]

Summer bachelors like summer breezes, are never as cool as they pretend to be.  ~ Nora Ephron