“Life, Liberty and the Pursuit of Budapest” (Day 5)

~ Our last day in Budapest 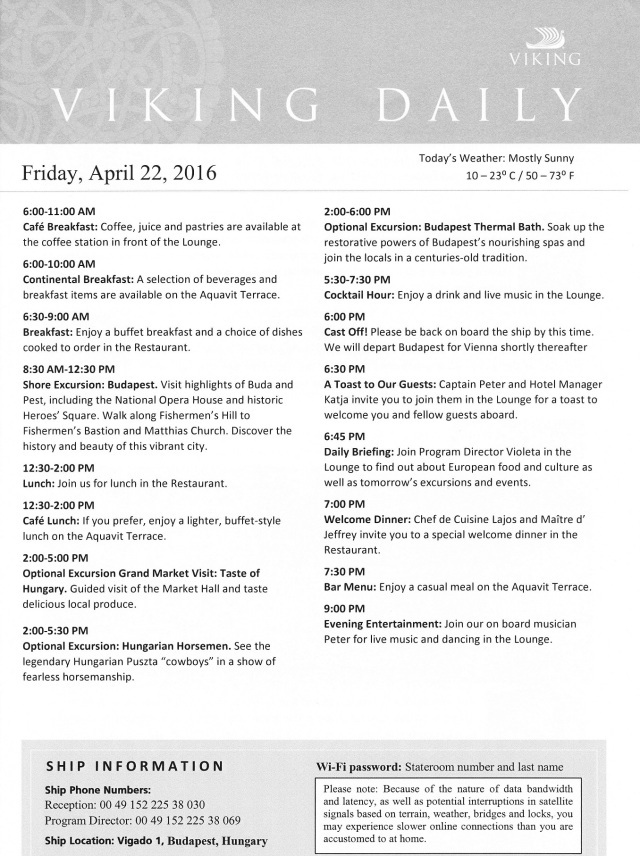 [We’re on a cruise-sponsored guided tour this morning.  Here we are at Szechenyi Thermal Bath in City Park.]

[And now to Heroes’ Square – remember this from last year?] 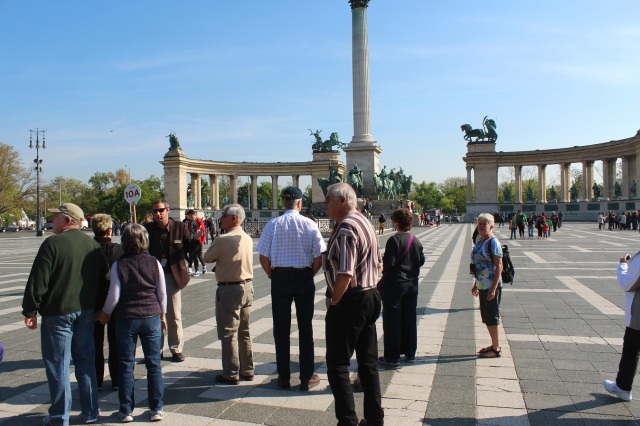 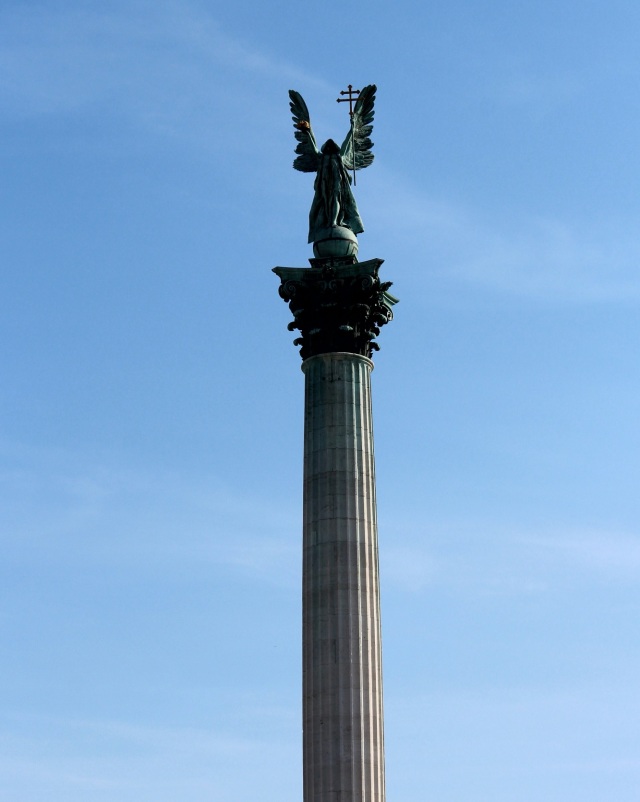 [And the “BUDAPEST” structure is up again – only at this time of year.] 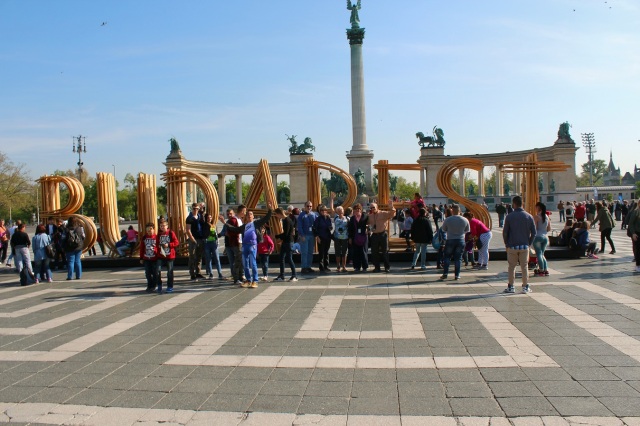 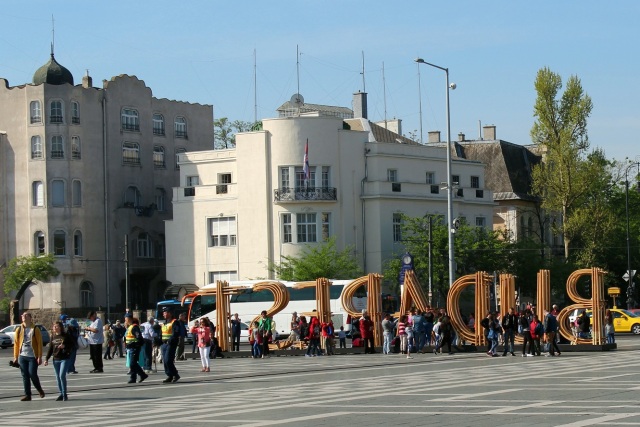 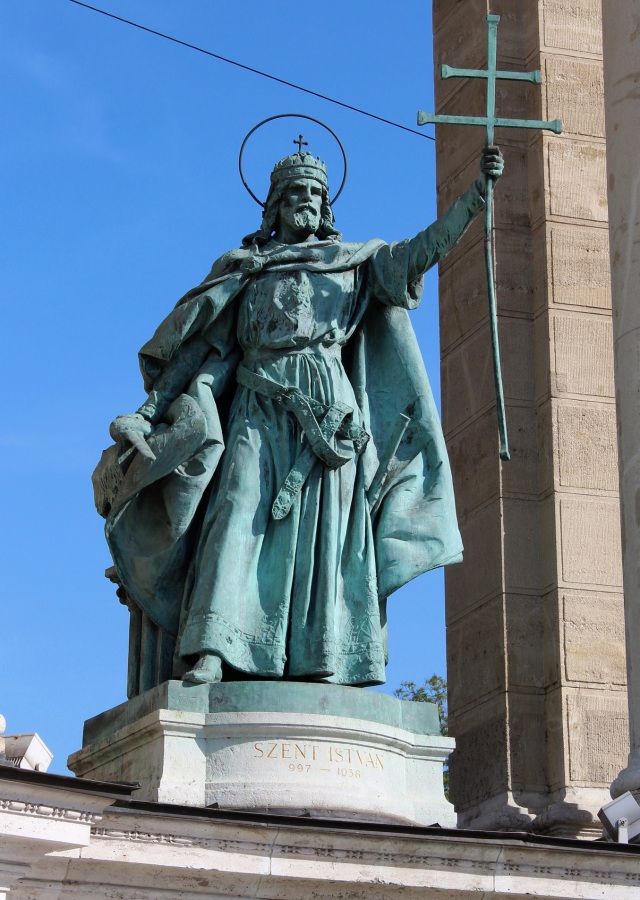 [And assorted other famous Hungarians . . . or Magyars.]

[I’d rather be sunbathing!]

[Hey, that was our condo in Arlington!]

[Tom draws a bead on the most important facility.] 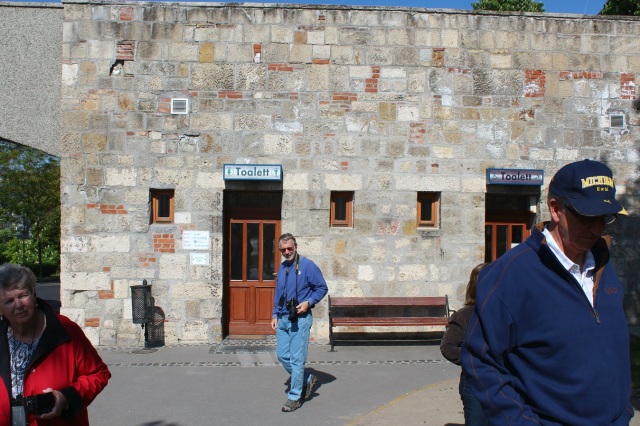 [Our guide, name long since forgotten, but quite good featuring excellent English and movie star looks.]

[It may be that we’ve gone up to Fishermen’s Hill?]

[This certainly is – a Trabant, the infamous East German car, just up the block from the restaurant where I lost my watch!  Yes, we checked again.]

[And a secret (at least previously unknown to us) alley to the Labyrinth.] 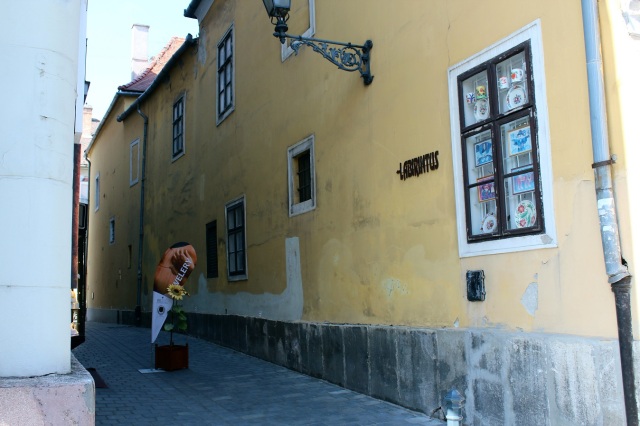 [And now at Fishermen’s Bastion and Matthias Church.]

[And back outside to the Bastion.]

[But we had already scoured the Bastion, just the other day, so we went in pursuit of parts of the Hill we hadn’t previously visited.  For example, here are Helen and John posing in front of a door!  Amazing!] 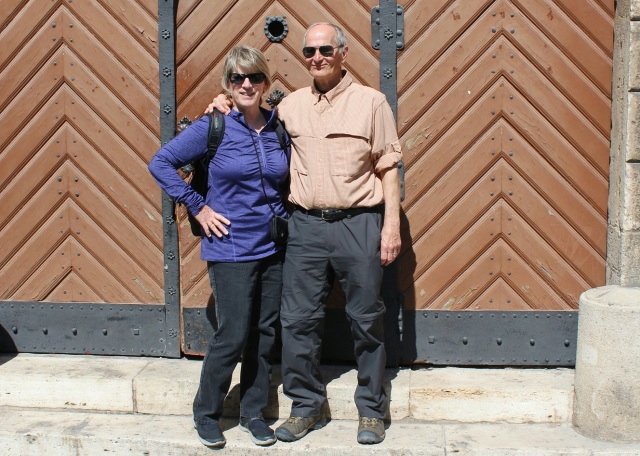 [Even the Super had to capture it!]

[It wasn’t until after the photo she learned this was a garbage can.]

[And then our guide had told us this was the place to go in all of Budapest for pastry.  So in we went . . . but still stuffed from the shipboard breakfast, we decided pastry would have been too heavy.  So, we all got ice cream cones instead . . . or maybe it was gelato?] 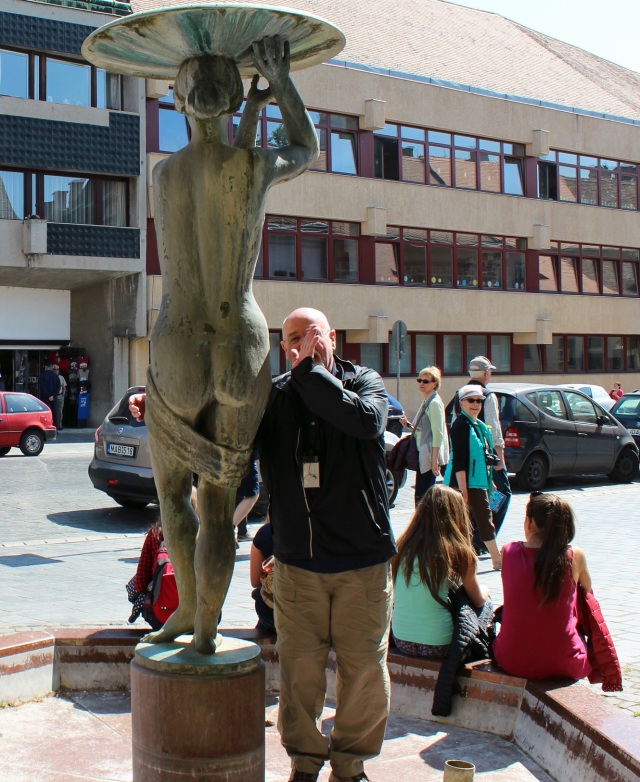 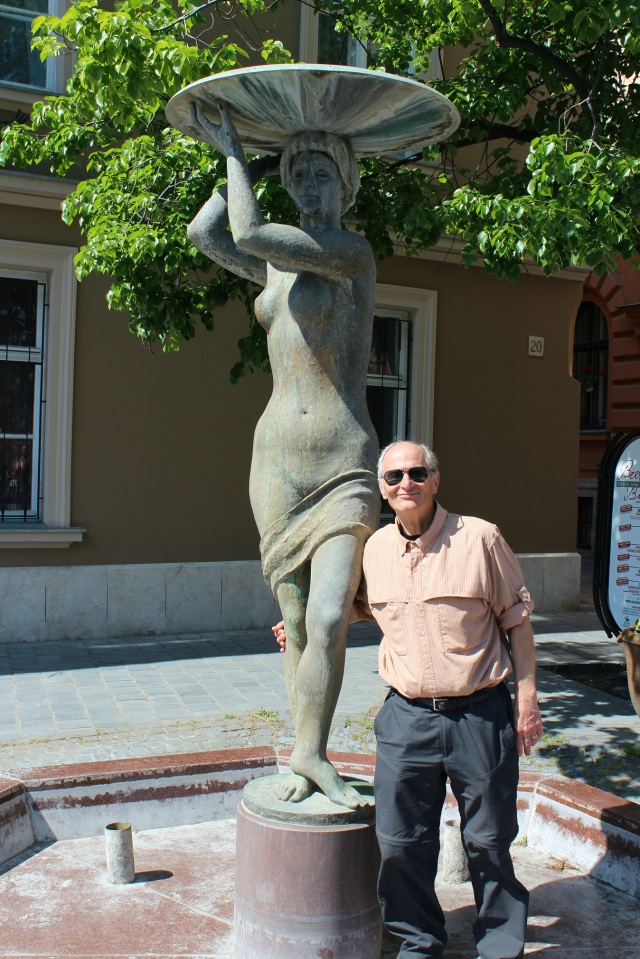 [Taking the tunnel under the Danube from Buda back to Pest.]

[And back on the boat for lunch.]

[As we are officially boating away from Budapest, hoping the bus can make it to shore?] 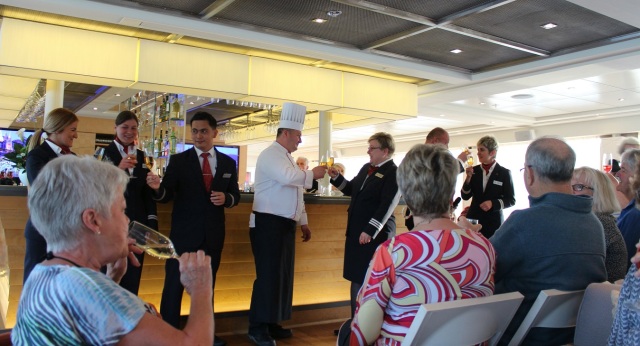 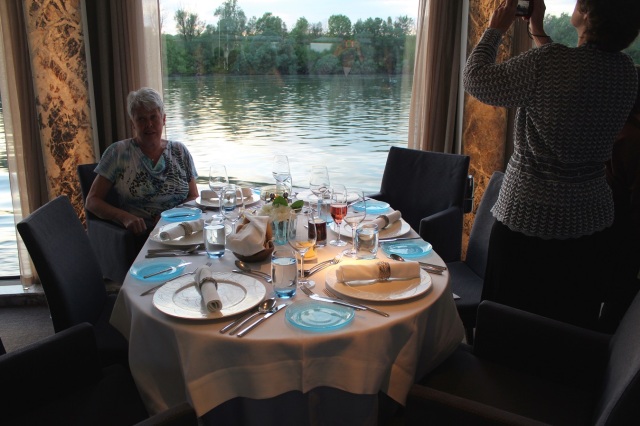 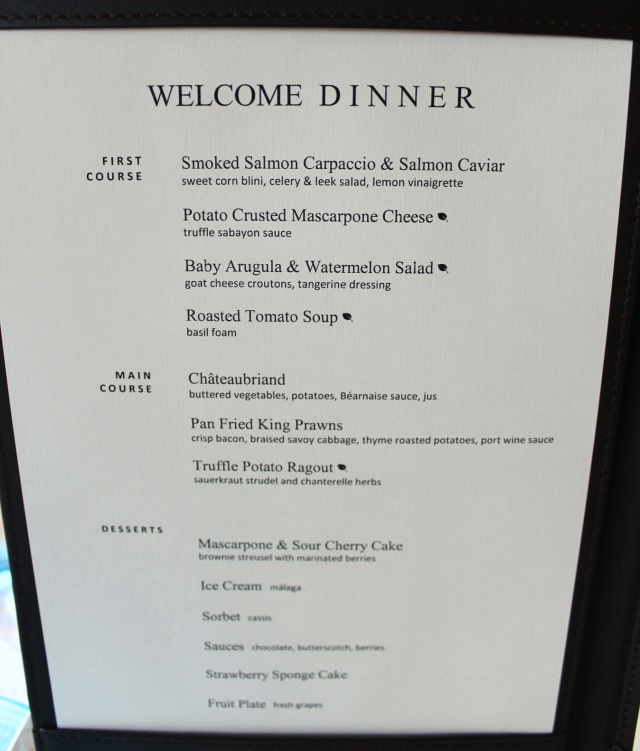 [Looking out our dining room window.] 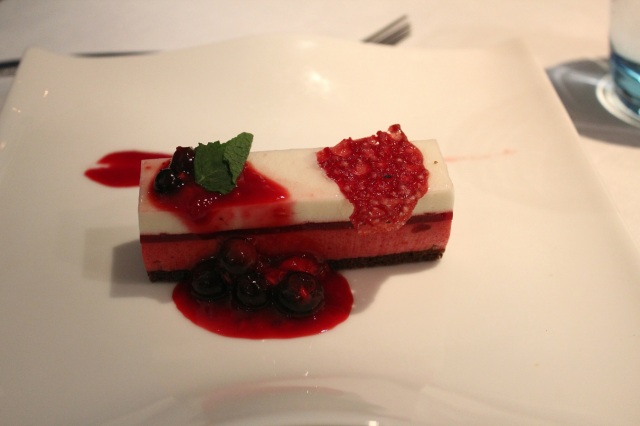 If God had really intended men to fly, he’d make it easier to get to the airport.  ~ George Winters

Up Next:  Dunno yet.