DING! DING! DING!  Another milestone!  This is the 750th posting on this blog!  Do I win anything?

[A day to hang around the neighborhood.  Remember the previous discussions of Roy’s wild “pets”?  Well, here’s the spider that guards the garage door – doesn’t look like someone to trifle with!  And the giant moth on the swing – well, here he/she has moved to the screen door at the back of the garage.] 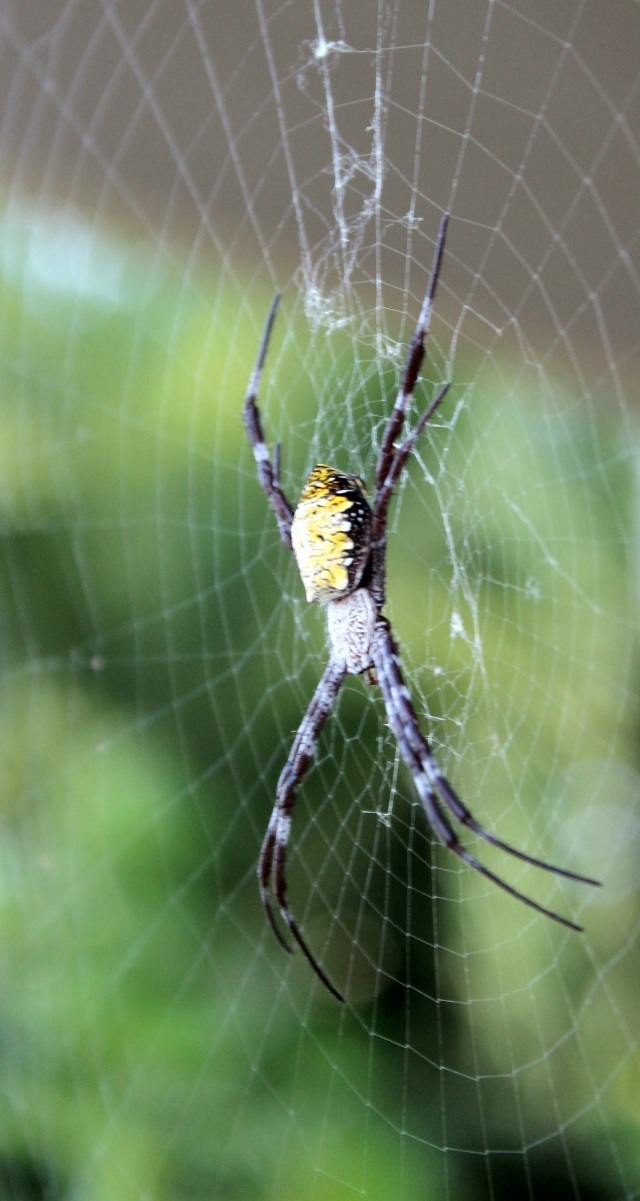 [We left Roy’s in the morning to go to his favorite local coffee plantation.   From “Hawaii Revealed”:  This ultra-pink 1926 building is up at the 1,400 foot elevation level in Holualoa (above Kona town). It’s cheap, bare bones, no nonsense and doesn’t seem to change much between editions. No mints on your pillow, no phones, shared bathrooms, but they have a tv in the lobby. If you want two beds, it’s $40, a double bed is $35. It’s $30 if you’re by yourself and plan to stay that way. Rooms #9 and #10 are the best bet and are for couples only; the rest you may want to avoid.]

[Now I mentioned the Kona Hotel only because it was neighborly to UCC Hawaii, our coffee destination.  And like the Kona Hotel, it was another 1,000 feet above Roy’s – great views and cooler!] 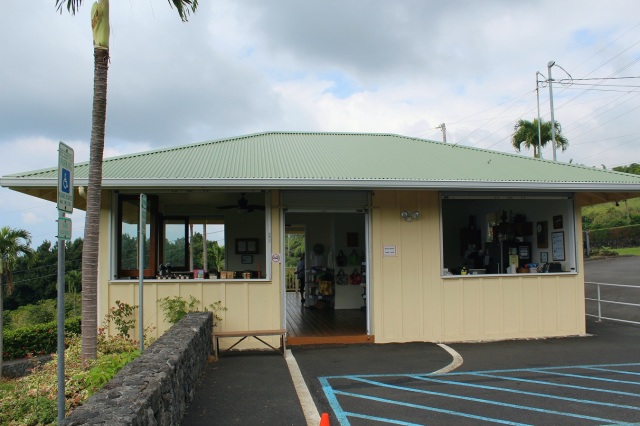 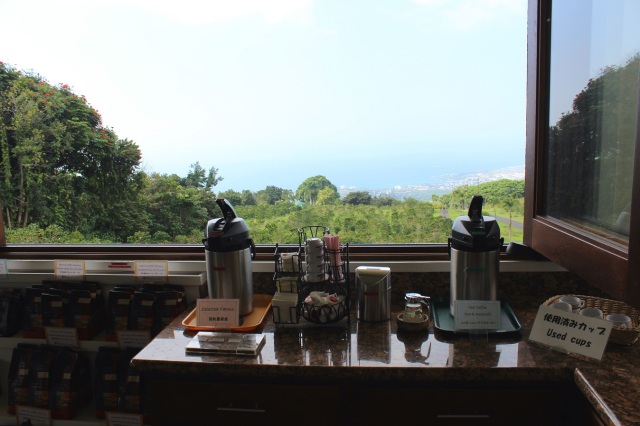 [Then we took a little hike down the hill (and then back up – oy, it was steep) to see the coffee plants.] 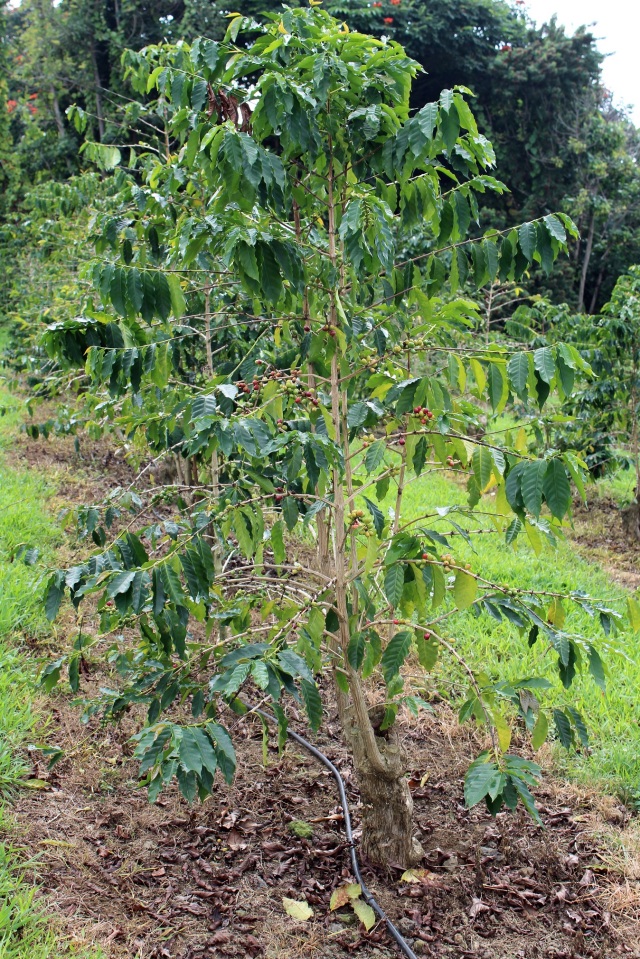 [Later in the day, it was luau night!  Heading down the hill from Roy’s, we would be going six miles south.] 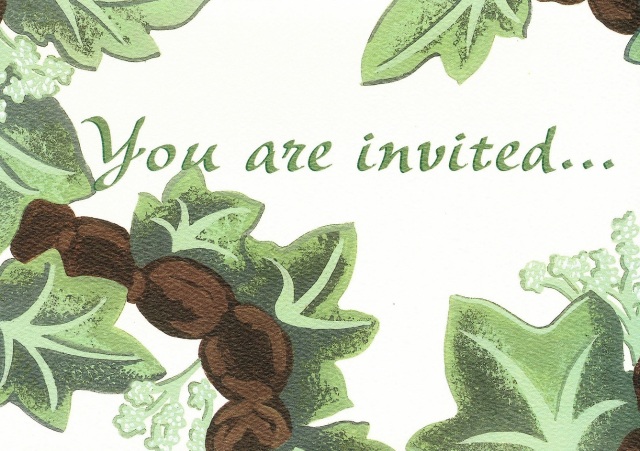 [But we did luau at the Sheraton Kona Resort & Spa at Keauhou Bay on the Big Island . . . ] 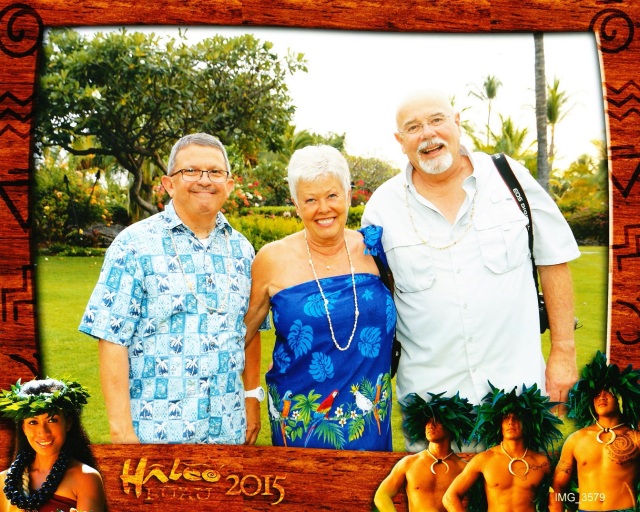 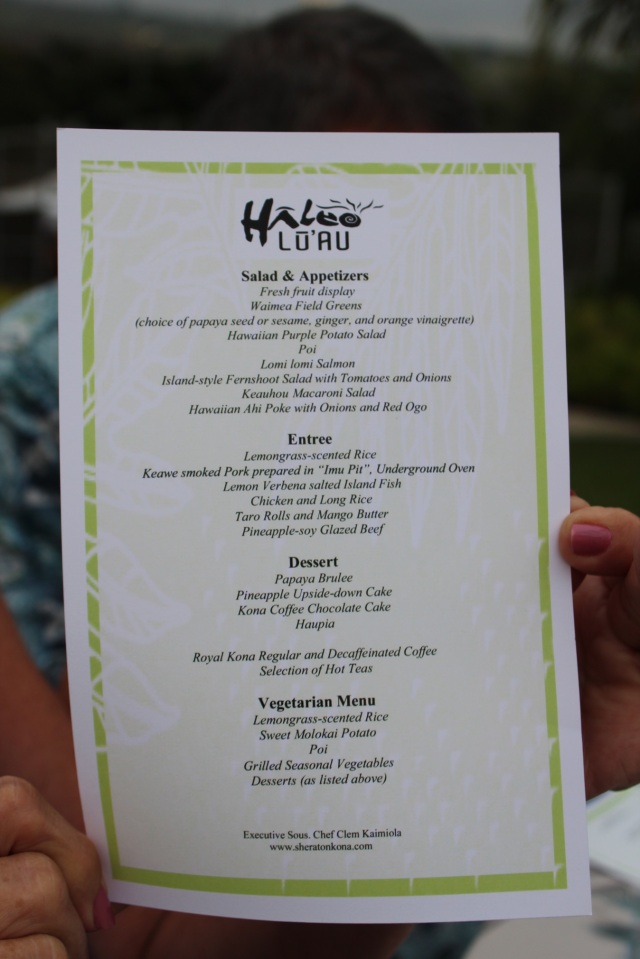 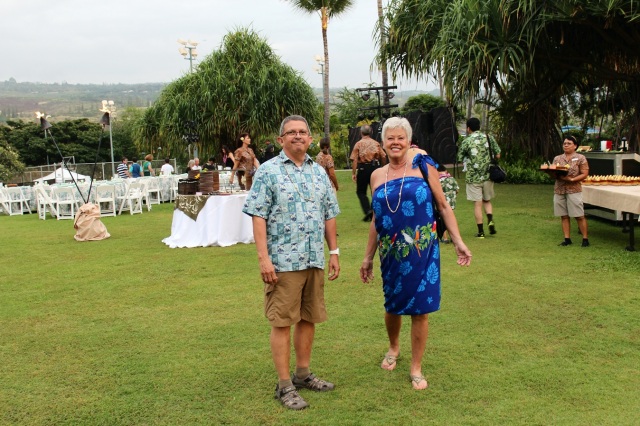 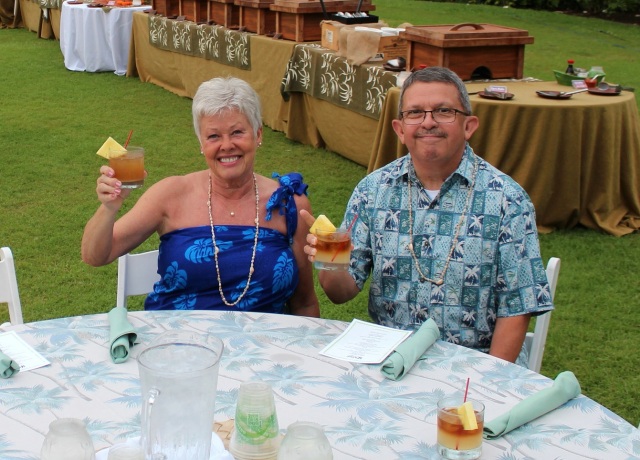 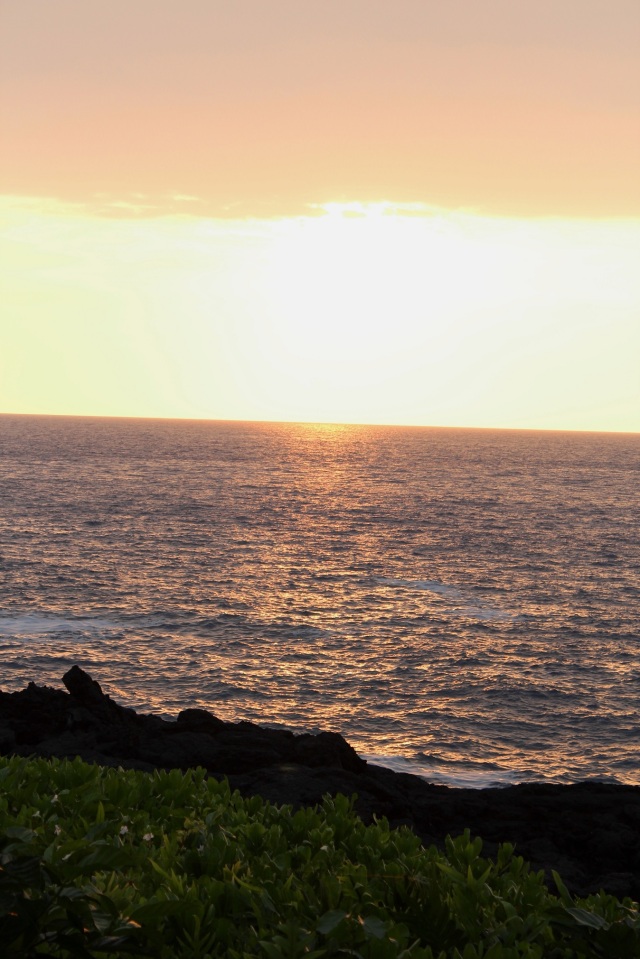 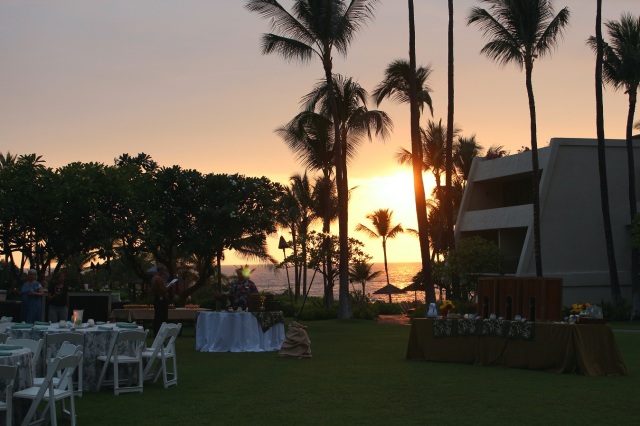 [And our emcee and entertainers . . . you’re going to find this hard to believe, but it featured the hula!] 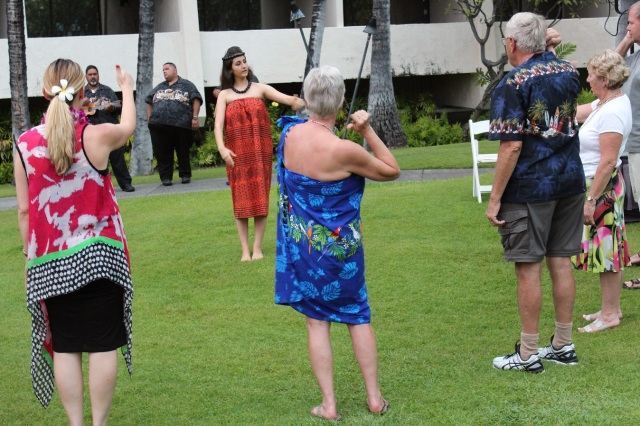 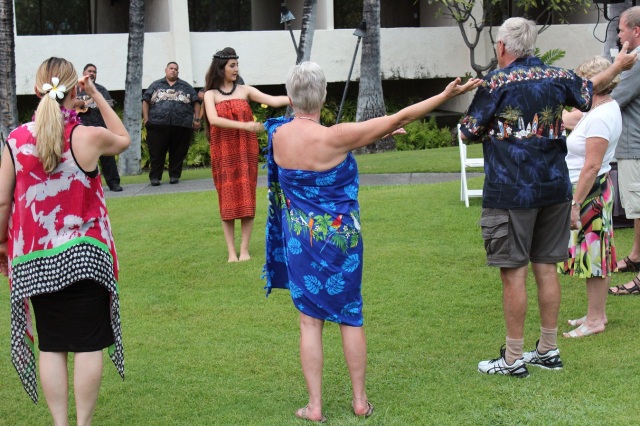 [Then tattoing!  Mine read, “You need lessons on eating California rolls.”] 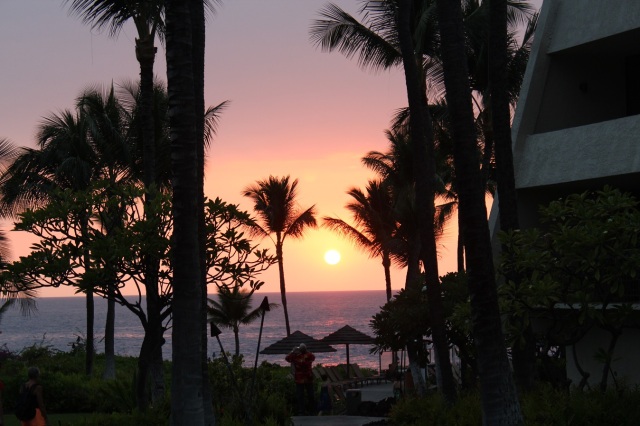 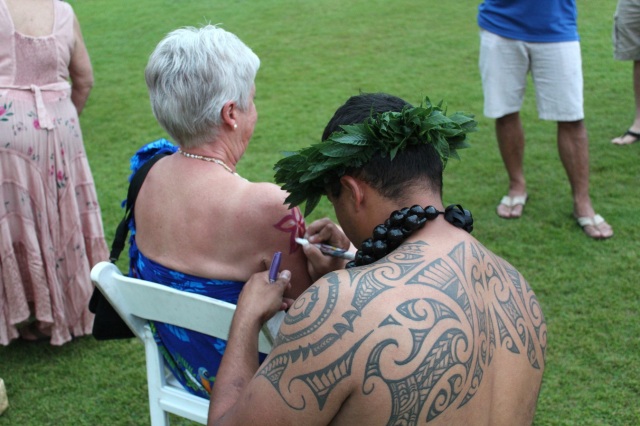 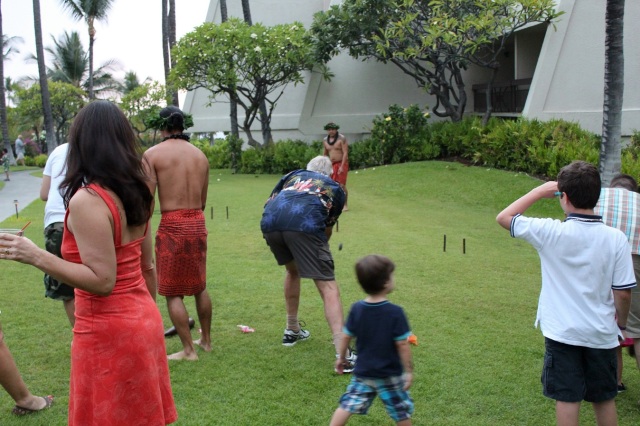 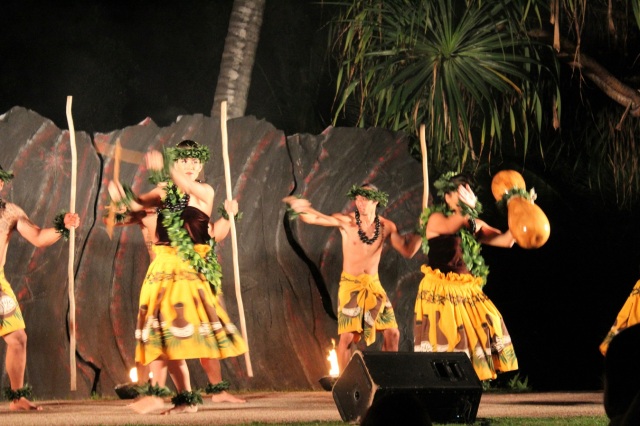 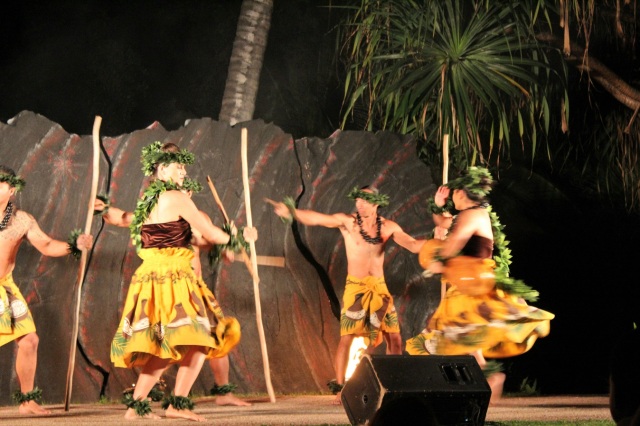 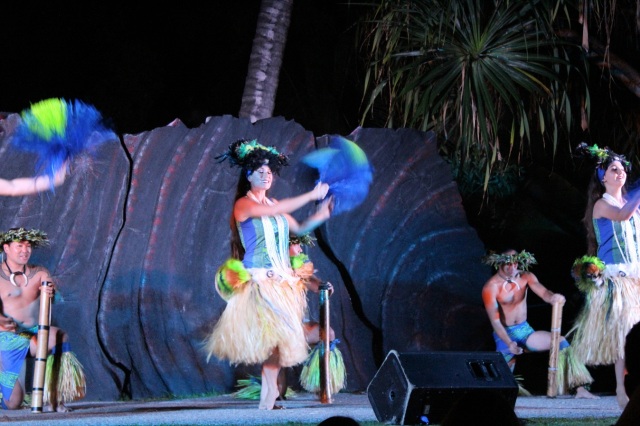 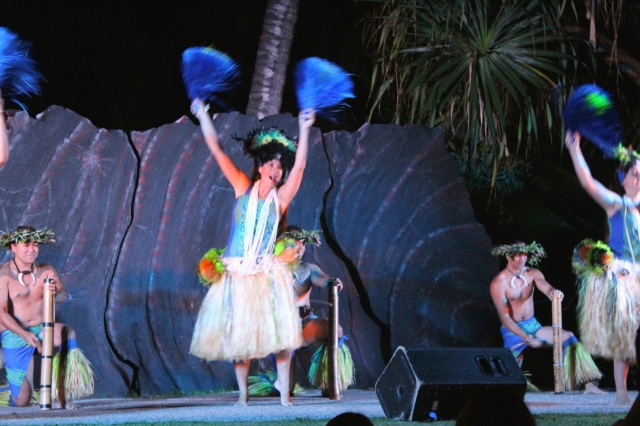 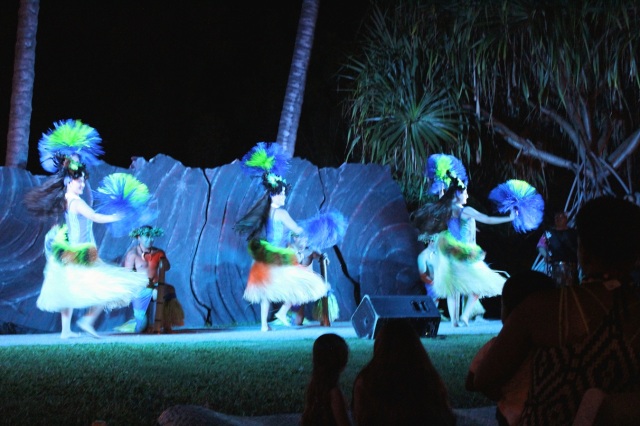 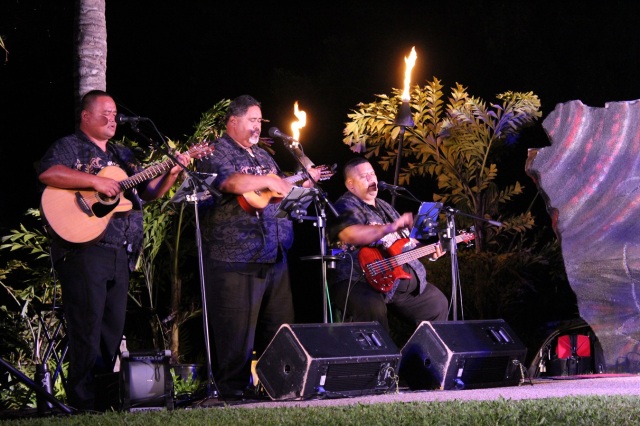 [This is my computer wallpaper . . . because the dancer on the left is the one who tattoed me!  🙂  ] 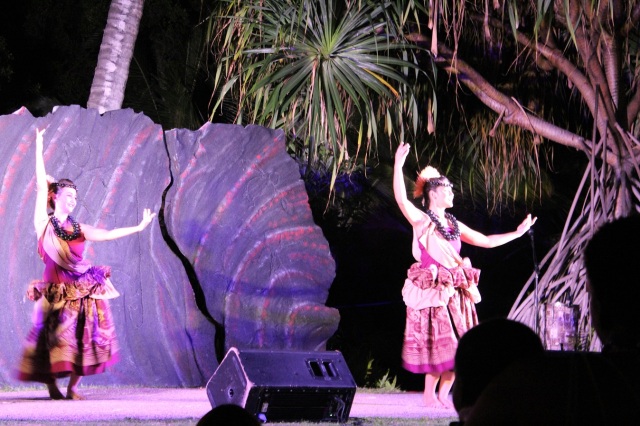 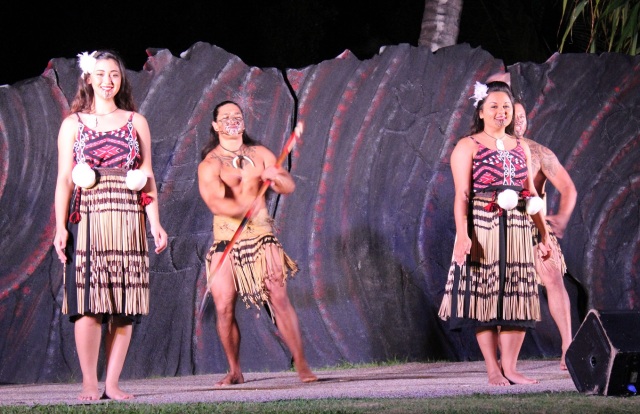 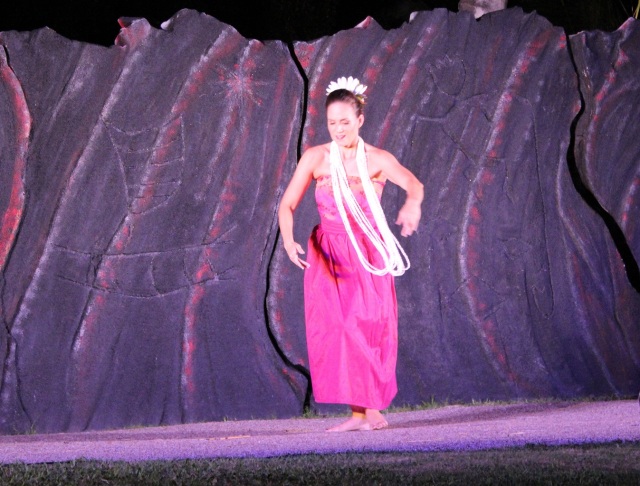 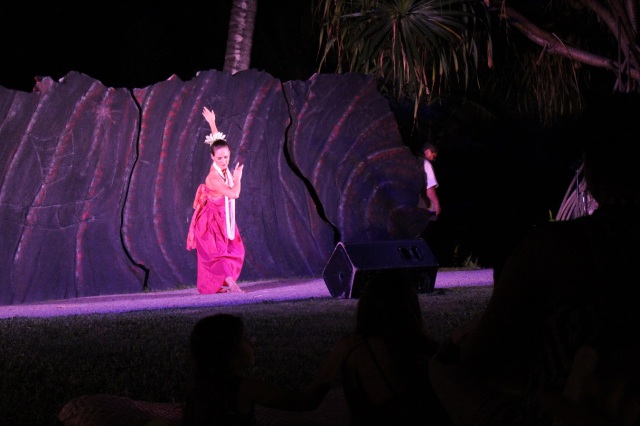 [This guy was good, a real entertainer who knew how to milk the crowd.] 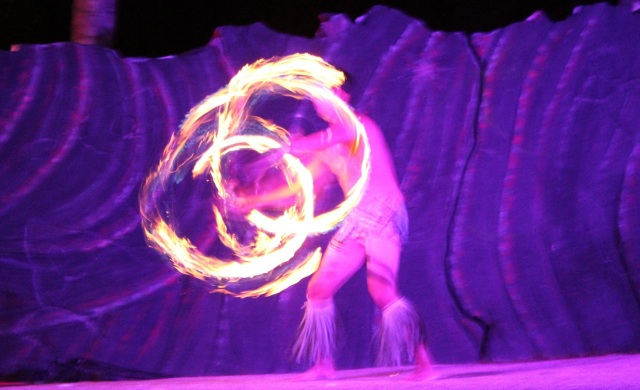