[In the first game, Hutch held off Buffalo in a close one.  Then the crowd settled in for our Cards against Armstrong.  Grandparents of note are sitting in front of the starting center on our last state tournament team.] 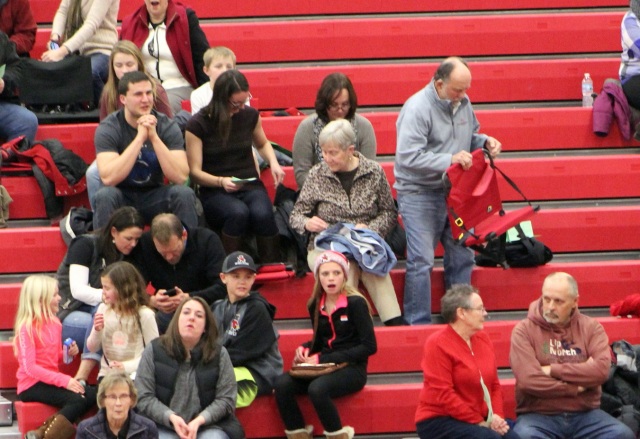 [Hello, maintenance?  We need a new or repaired net on the south end.  Thank you.] 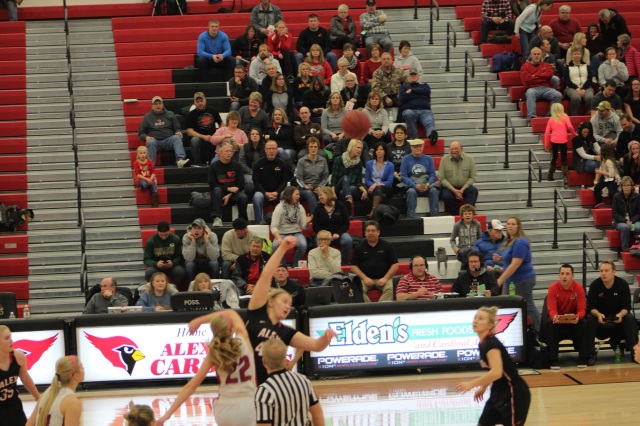 [Ooops, a Falcon attempts to set a pic on Kayla – probably not a good idea.] 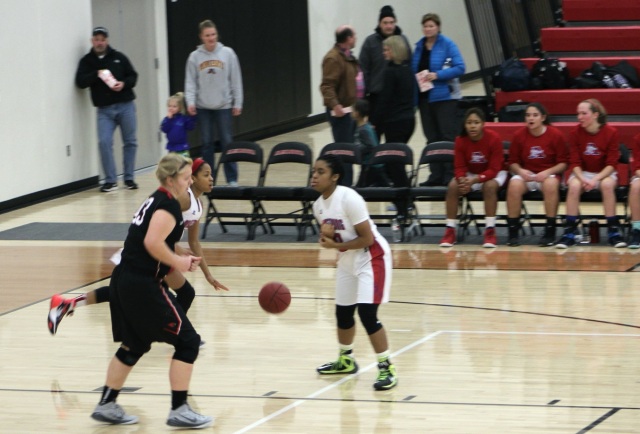 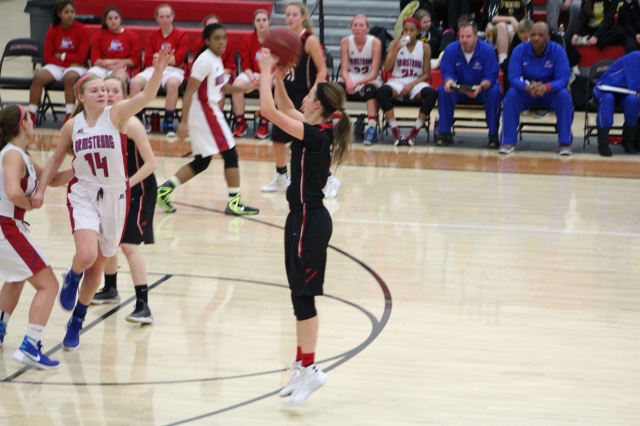 [The amazing Mr. Ripley is there for professional coverage.]

[Kayla getting offensive position in the post.  Every once in a while I luck into a pretty good shot.]

[A basketball . . . heading for its ultimate destination.]

[OK, the first half was not pretty.  In fact, it was a struggle.  We have played enough games now to realize this is a team that is not going to score a lot of points.  But our defense should help keep us in most games – and this was one of those.]

[Macy on the point of defense – we have several players who can play that position very well.  Young freshman McKenzie Duwenhoegger (35 – behind Macy) is getting more comfortable each game and will be a player.] 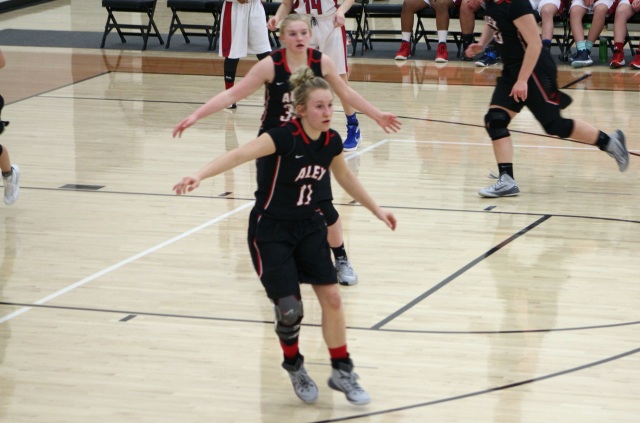 [Zig on the defensive point – with her length, she deflects a lot of passes.] 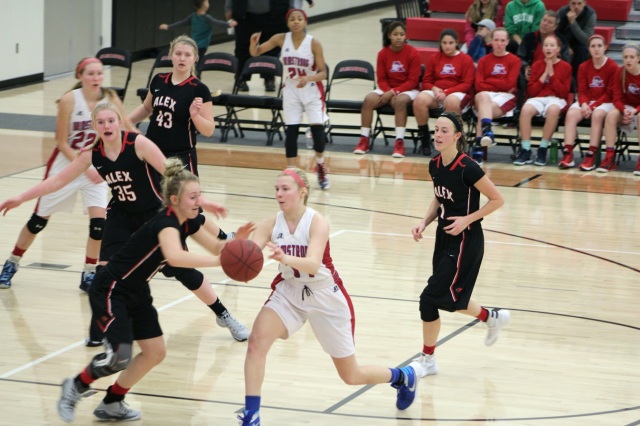 [Macy chases down her deflection.]

[That must be it, because Macy is making a play underneath.]

[A highlight!  Our 3-point shooting percentage this year is in need of resuscitation, but here Macy launches one from the corner . . . and that’s it swishing through the net!] 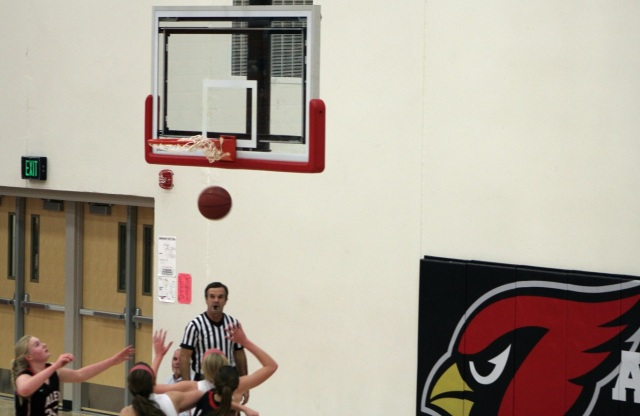 [Kelby (13) is a defensive wreaker of havoc and getting more and more PT.] 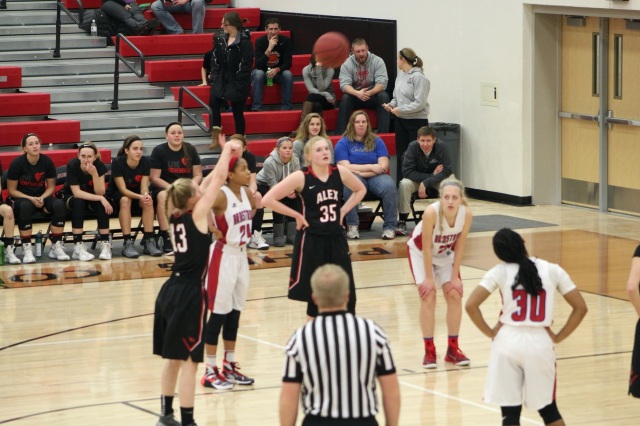 [What is it?  I’ve never seen anything like that before?] 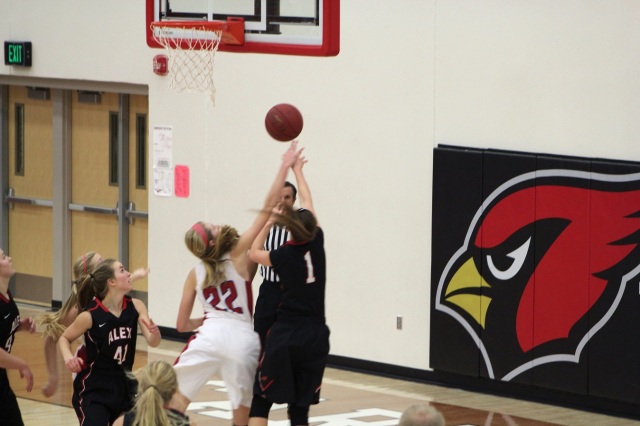 [And it’s over.  Raggedy game with 50 turnovers by both teams.  But we found out how good our defense was on this night when Armstrong easily penetrated Buffalo’s defense all through the next night’s game.]

[The next night against Hutchinson – just like last year’s tourney.]

[Emma Schmidt (25), hasn’t played since the first game I went to this year – foot issues, I believe.  I saw her dad after the game and he said she will play in the first game after the holidays.  She will be a big plus.] 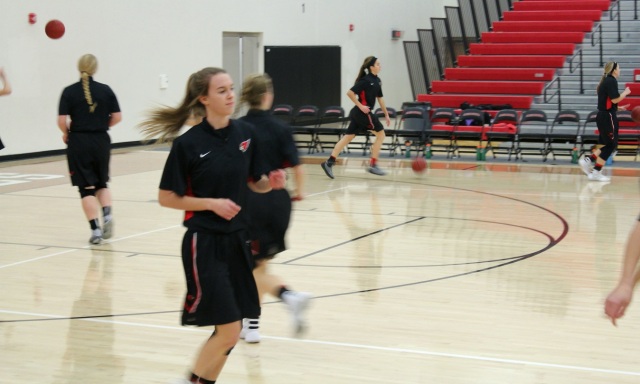 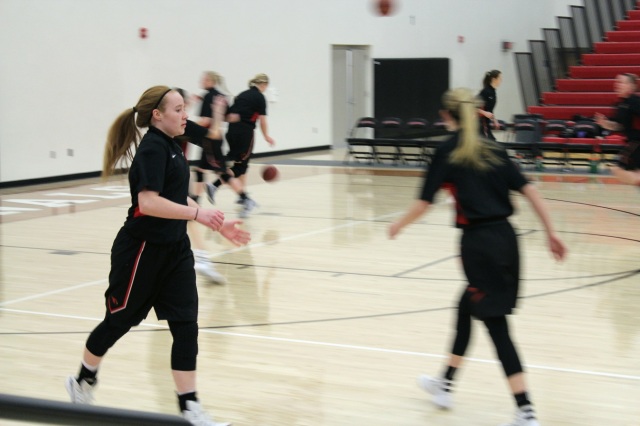 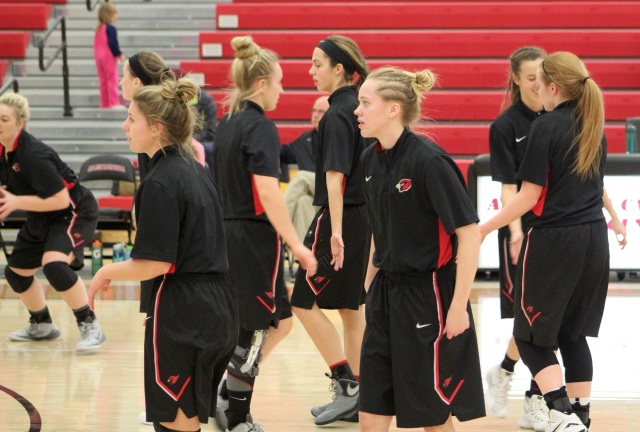 [Do the parties of the first part accept these conditions?] 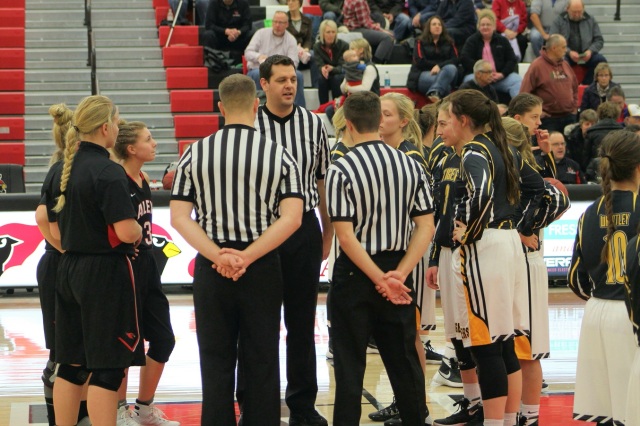 [Do the parties of the second part have a rebuttal? ] 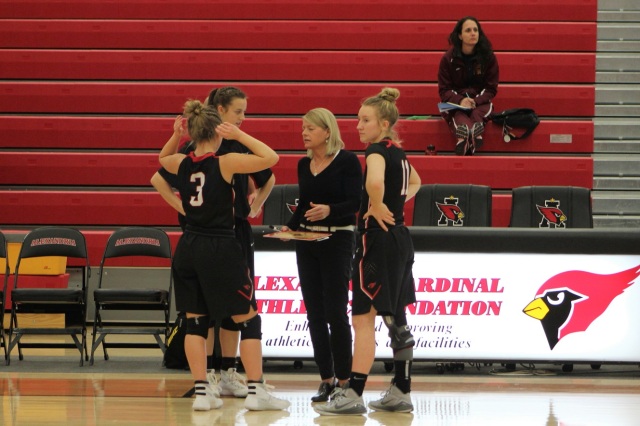 [Try to get off a shot with each offensive possession.  That may be a scout for the Lynx in the stands!]

[And I believe Kayla won this tip too.]

[Kendall and McKenzie sitting a double pic for Zig.] 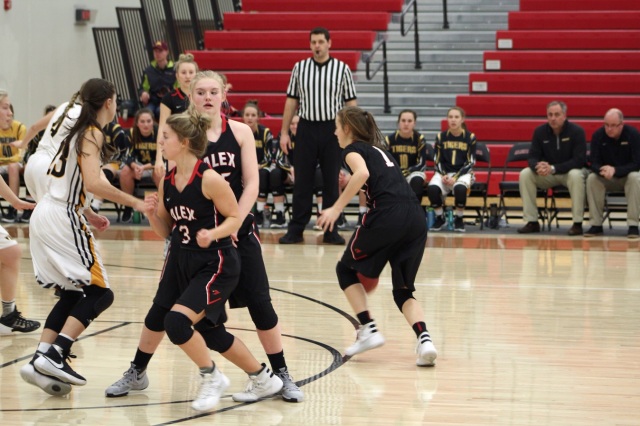 [My other good shot from tourney.  Kendall setting for a move on the Tigers’ No. 3, also a very good player.] 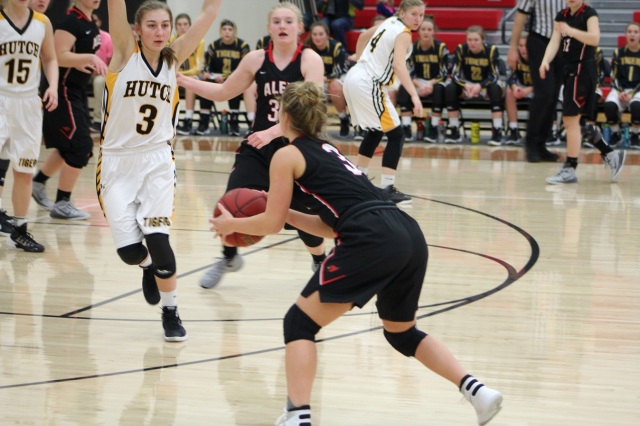 [And Kendall with a defensive move from her soccer background.] 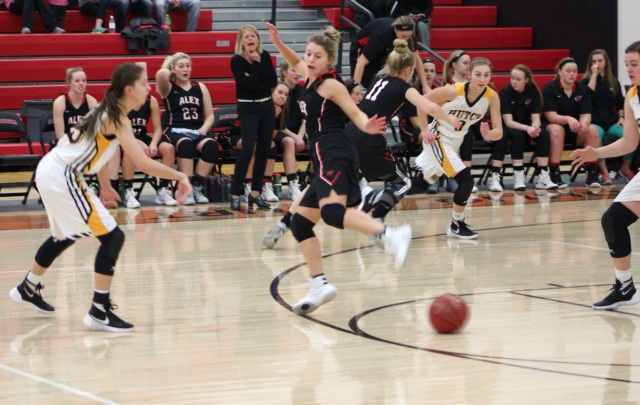 [And chasing them into the front court.]

[And shooting a free throw.]

[Again, we played great 1st half defense.  But our inability to score was becoming deflating.  We should have had a nice lead at the half, but we missed I believe all but one open 3, missed uncontested lay-ups, and to the point it was affecting our usually pretty good free throw shooting.]

[In the 2nd half, McKenzie under tough in-your-face defense from the Tigers . . . ] 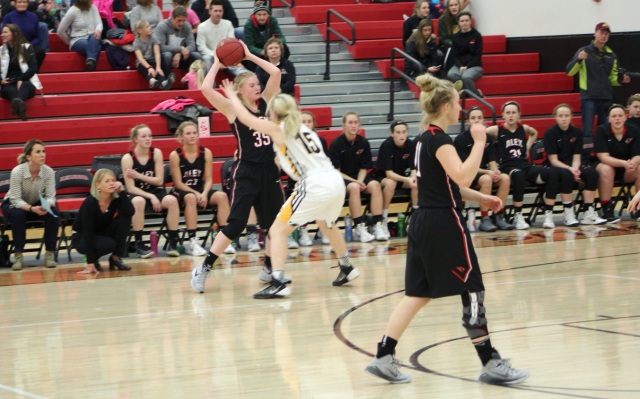 [Their No. 3 buried a 3 from the corner as the game wound down.  A further indication of 2nd half play.  The Tigers made a decent percentage of their 3’s while we did not, their pressure defense just like last year wore us down.  We weren’t as quick as earlier and couldn’t create turnovers. They were again the stronger, more physical and aggressive team and won 50 – 39.  Some times you just have to tip your cap.]

I haven’t been able to slam-dunk the basketball for the past five years.  Or, for the thirty-eight years before that, either.  ~  Dave Barry

Up next:  Back to Hawaii.