[Oh, trick or music!  Anthony Miltich is leaving the good life of West Central Minnesota for the wilds of the North Shore, i.e., downtown Duluth.  So we thought this could be his last local performance, but he promises to be back.]

[He brought brother Jim with him along with Victor the percussionist.  In case you didn’t recognize the venue, we’re at the winery.] 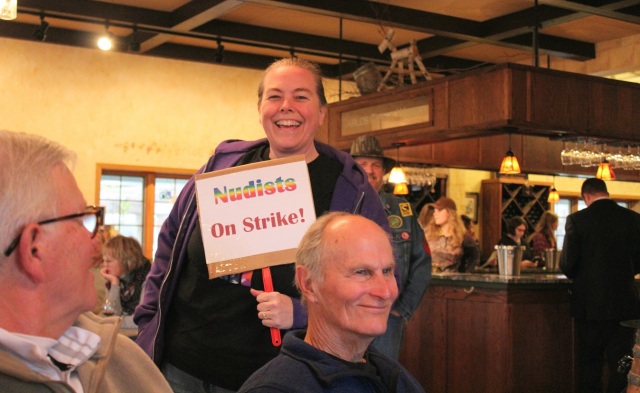 [This was fun because . . . we were going to see Lisa Lynn later in the day and Toto is, like, her favorite group.]

[And she came with a friend?]

[After a brief stopover at a holiday party, Lisa is back at SAWA!  And on her back, a dreaded Dallas Cowboys jersey, is the name Lukather, her close personal friend from Toto.] 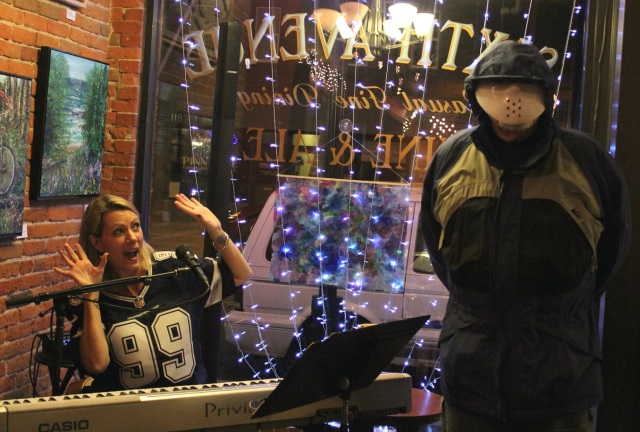 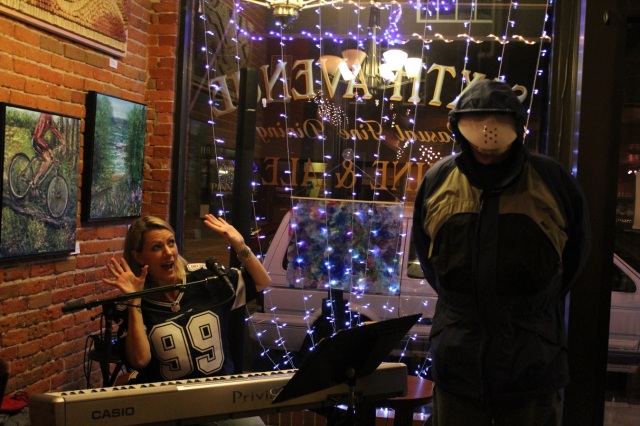 I’ll bet living in a nudist colony takes all the fun out of Halloween.  ~  Anonymous

Up next:  Dunno?  But hey, if you Chromecast (or its equivalent) the videos herein to your HD TV, they look and sound a whole lot better . . . really!