. . . and they were “fabulous,” aided and abetted by Collective Unconscious (the three guys on the right) in a Tribute to the Eagles.

[The anticipation mounts . . . unfortunately for photo takers, the lighting didn’t.  It was tough for the Super’s tablet (here) or for my snapshot camera (the rest of them) but good for the concert!] 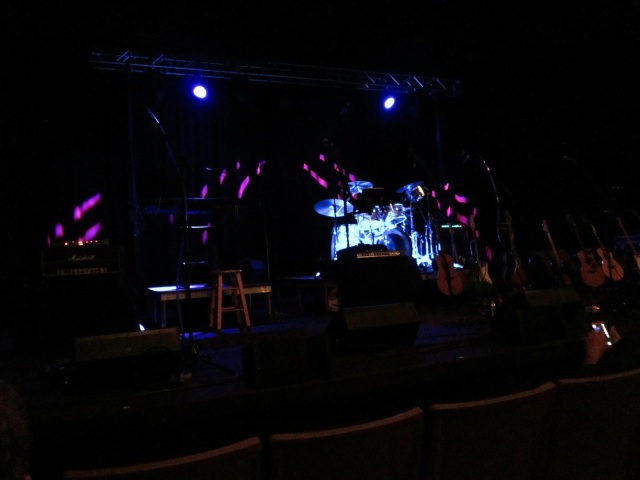 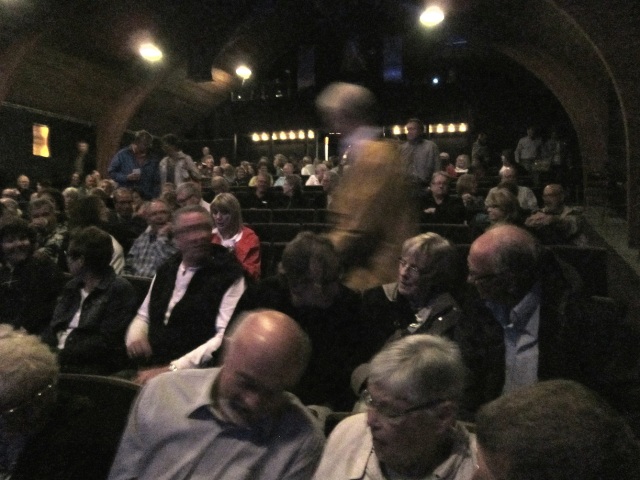 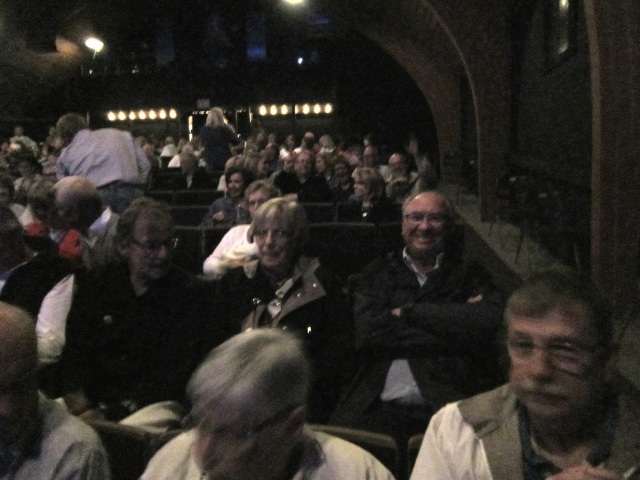 [Ann Hermes, the “person in charge of Theatre L’Homme Dieu,” made introductions for the start of the Theatre’s 55th year, the longest running summer stock theatre in the state. I believe this is the Armadillos’ 3rd year leading off the season, but the first time we have been able to see them.  Last night’s and tonight’s performance was and are sold out.] 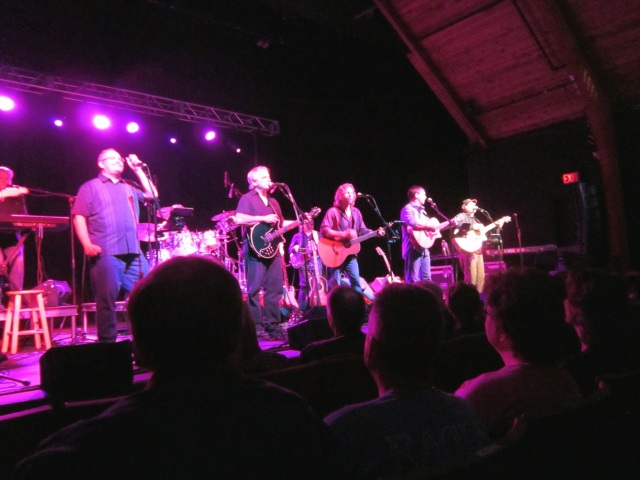 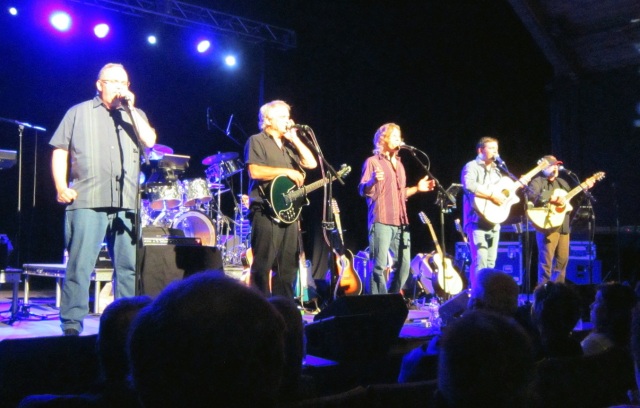 When word got out that the Armadillos were coming, the school year ended and hundreds of students stormed out to get their tickets:

[The class of 2015 is graduating 286; the class in the photo below graduated around 270 50 years ago!  But because of my Cub Reporter responsibilities, I “know” more from the class of 2015 than from the class of 1965?  Por ejemplo, the four ladies here are Card athletes (l-r):  Kaila Dewanz, Brooke Swanson, Katie Dolan, and Kalley Bistodeau (From Voice of Alexandria).  Which again begs the question . . . we have to be the smallest school in the conference, how do we win so many conference titles?] 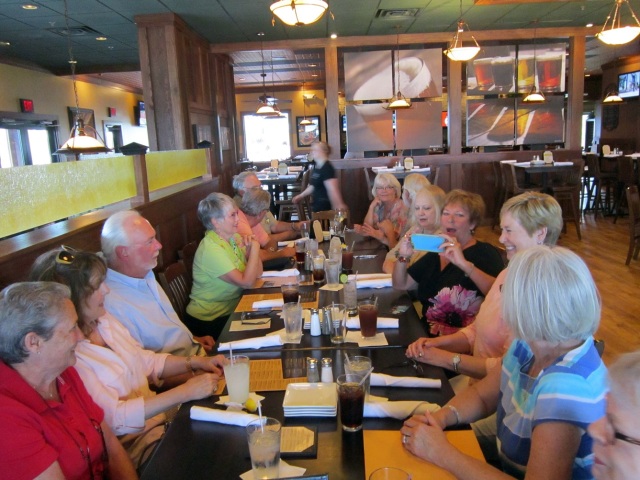 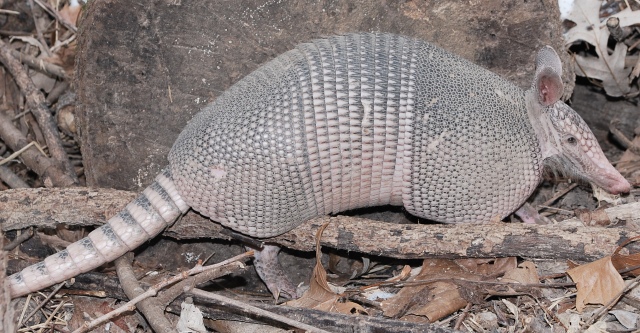 One day, an army of gray-haired women may quietly take over the earth.  ~  Gloria Steinem

Up next:  Back to Europe.

1 Response to The Fabulous Armadillos