[What, I hear you say?  I thought this was a boat trip?  We’re leaving Prague now for an 8-hour bus trip to Budapest – going from Czech, through Slovakia, to Hungary.  It’s about 330 miles, but with a couple stops, including one for lunch, and an unintended one for an hour on the “interstate” for no discernible reason (we passengers weathered it well), it’s a full day drive.  Here we’re saying good-bye to our next-door neighbors at the Prague Marriott.]

[Driving out of Prague – Honeywell tossed in for “Weakie.”]

[This is Brno, the 2nd-largest city in the Czech Republic, population about 370,000. It is close to the country’s eastern border, and we would soon be driving past Bratislava, Slovakia.]

[Mistletoe!  A parasite that seemed to be in the trees everywhere along this route.] 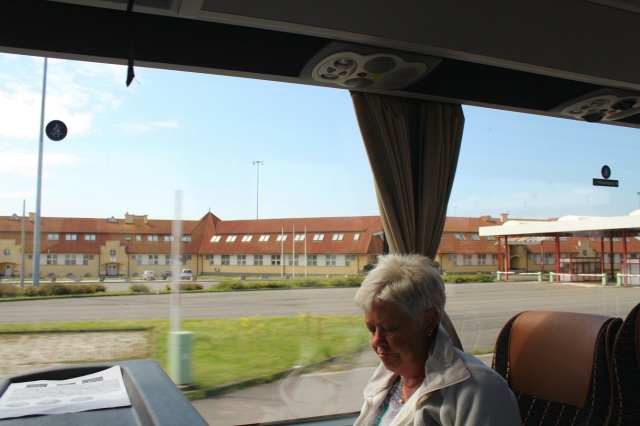 [The Super liked the wind turbines.]

[These yellow fields of rapeseed are everywhere.  They produce canola oil that is now principally used to make bio-diesel fuel.] 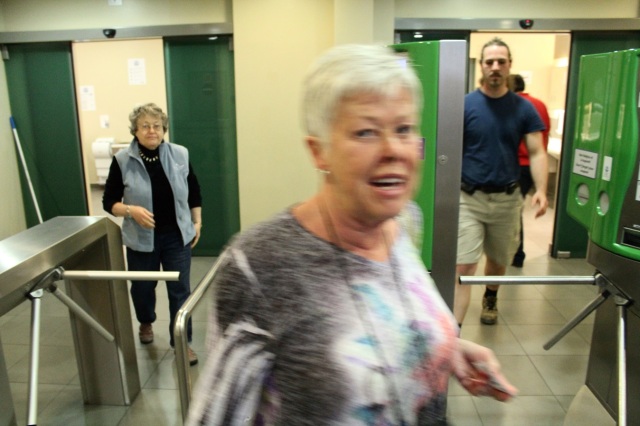 [Using paid professional actors to show how to deal with the “pay-to-pee” policies that exist throughout Europe.  Here, we even had to exit through turnstiles.  Bring plenty of change!] 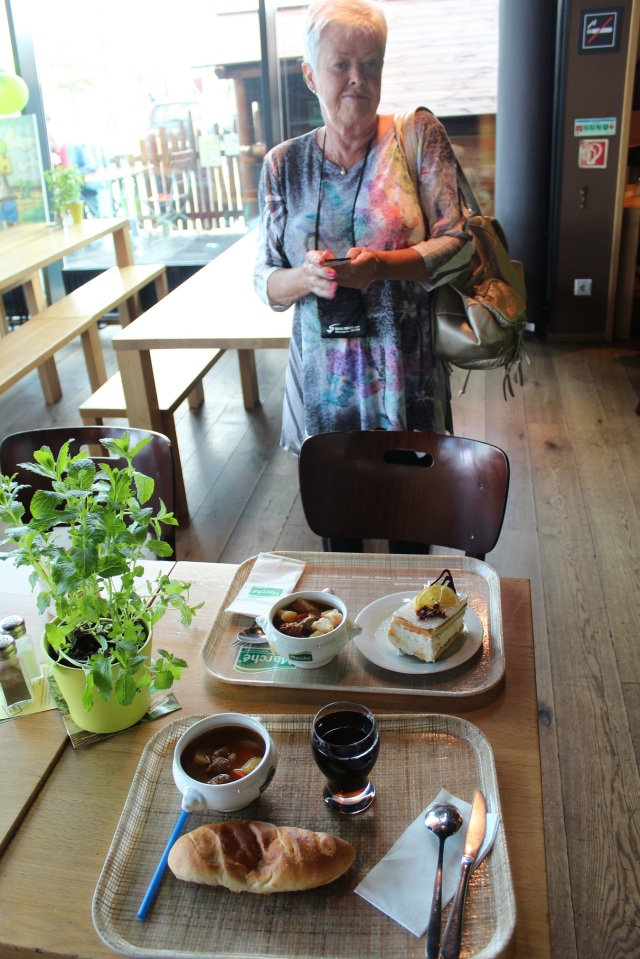 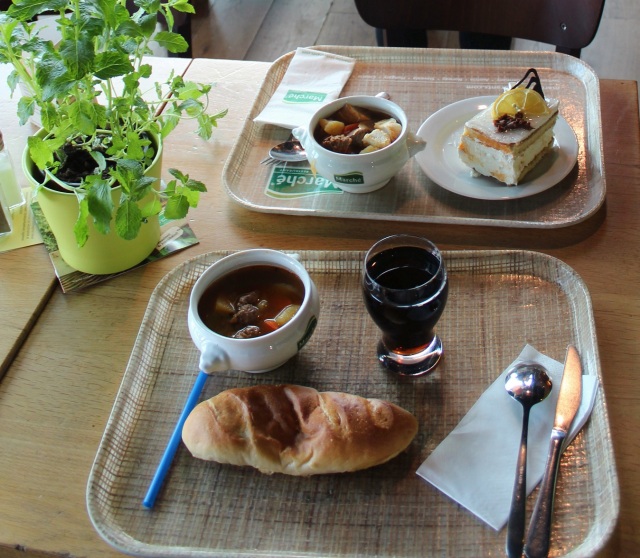 [But it ever so humble, there’s no place like bus.]

[And here’s where we’re heading, Budapest, the capital of Hungary.  That’s Buda on the left, highlighted by Buda Castle (many following photos), and Pest on the right, where we stayed (the Marriott Hotel on the far right).  That’s Chain Bridge connecting the two.   [Photo on loan from Wikipedia.]] 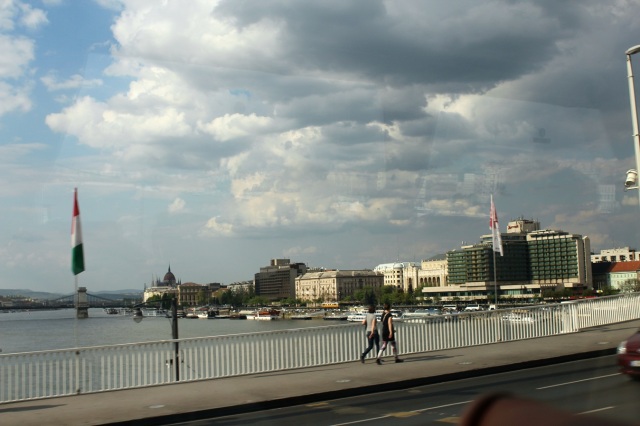 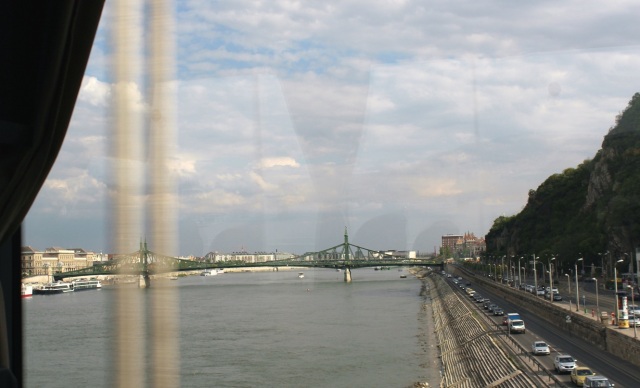 [Our first views of Budapest through the bus windows.  In the immediate above photo is our hotel – the Marriott right on the Danube!] 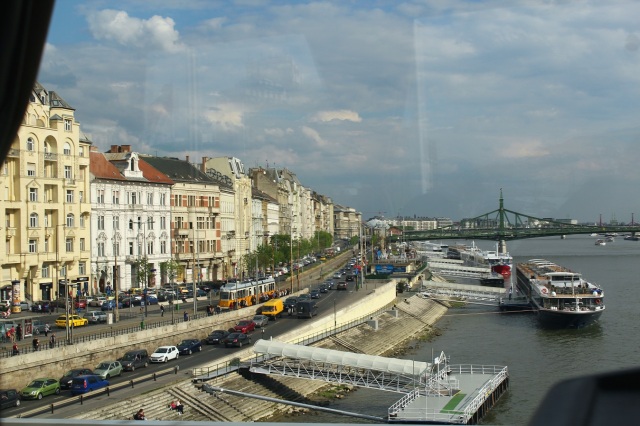 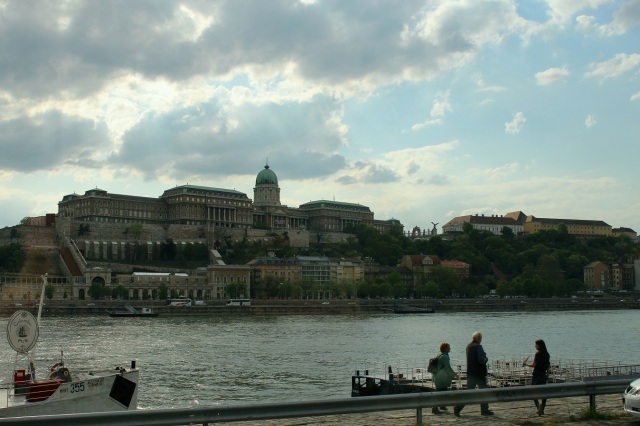 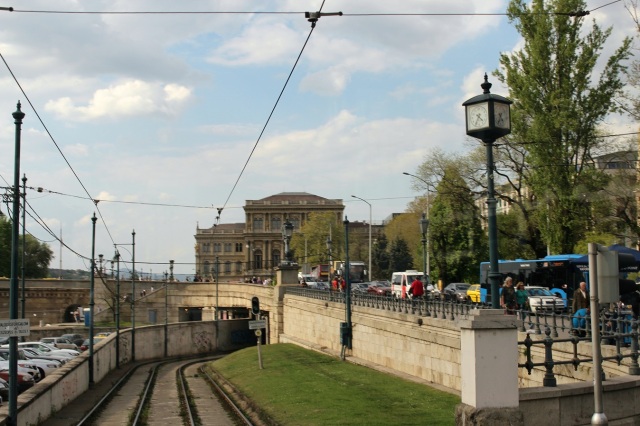 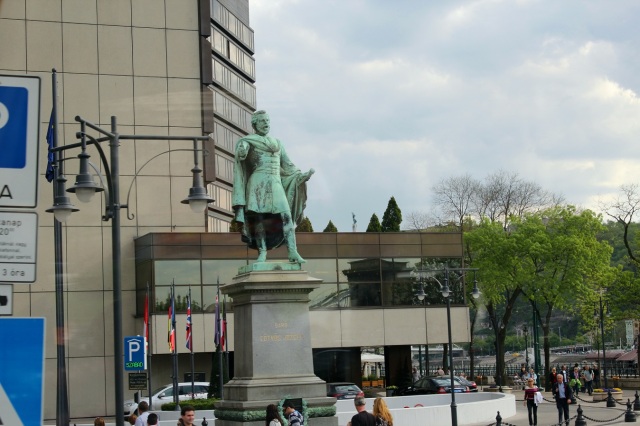 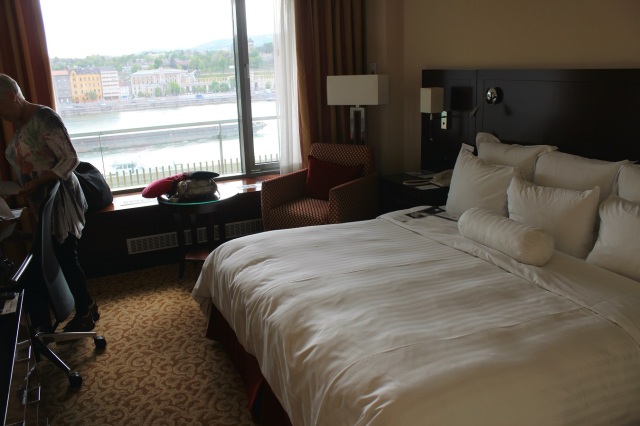 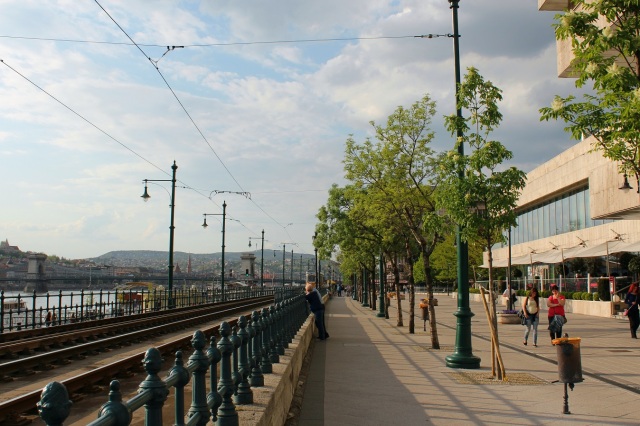 [Excited to be here!  Let’s just step outside the hotel on the riverside and look up and down the promenade.]

[And finally we’re joined by the rest of our party – Kathy & Bert, Anne & Bill, spent their pre-cruise days in Vienna while we were in Prague.  Our first night together ISO a fine eating experience . . . and it was just a couple blocks from the hotel.]

[And it was super-duper!] 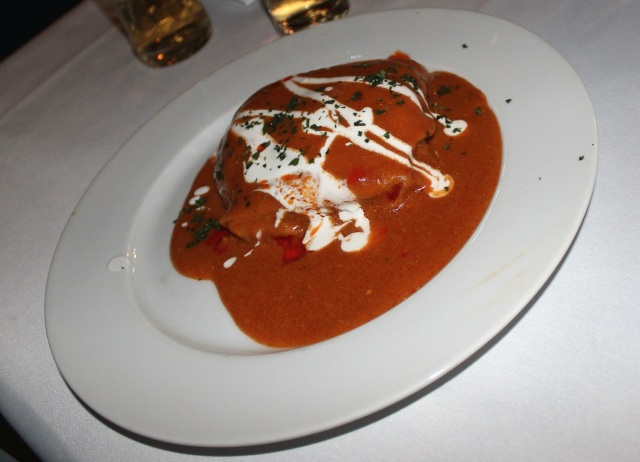 [And this was the Super’s, but she doesn’t remember?]

[We kind of had our own room, as a party of eight.  The main inside room to our right was full, so we got this little outdoor patio place.  It was perfect!] 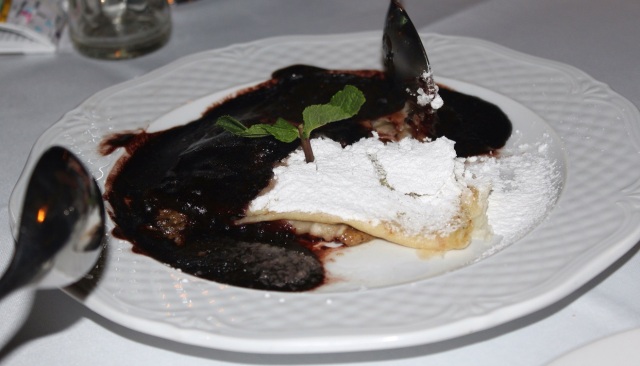 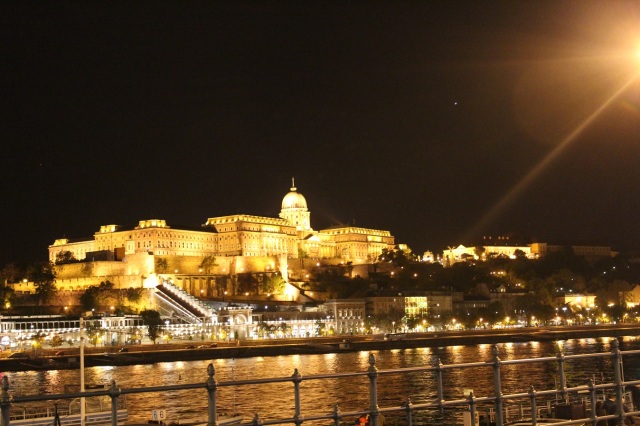 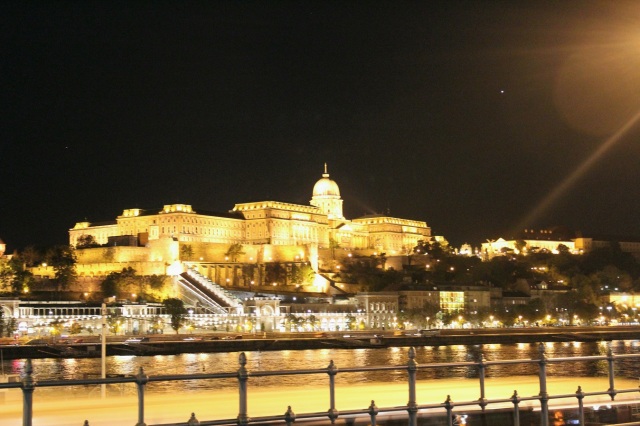 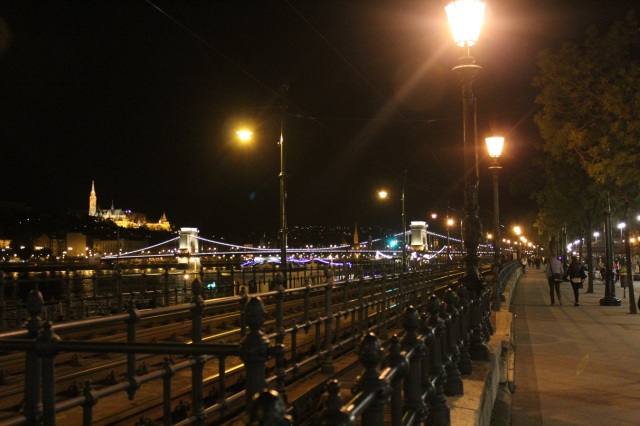 The trick is growing up without growing old.  ~  Casey Stengel

Up next:  A day in Budapest.