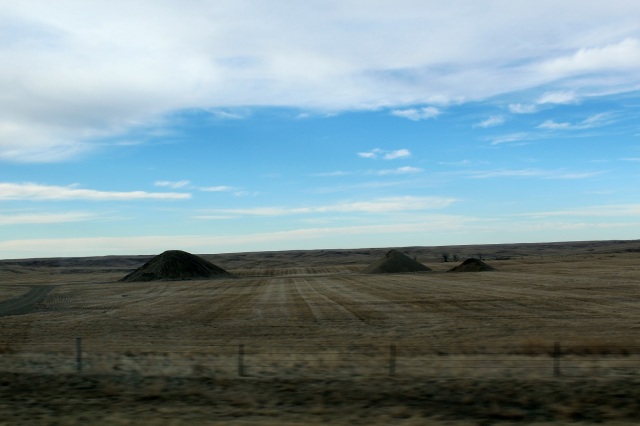 [Break it up with a visit to the state’s capital.] 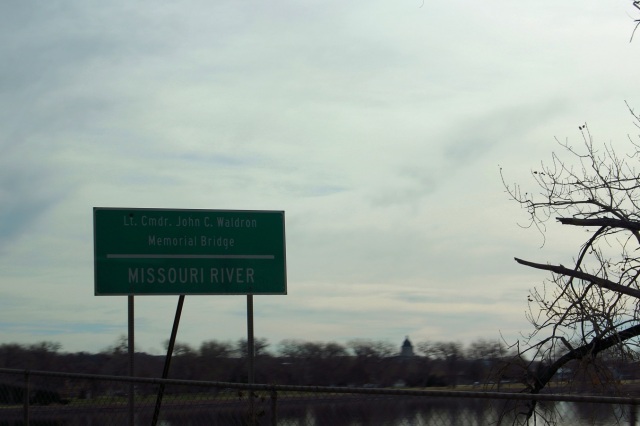 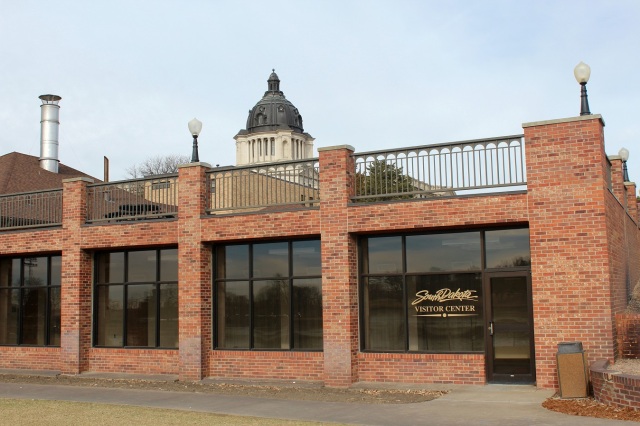 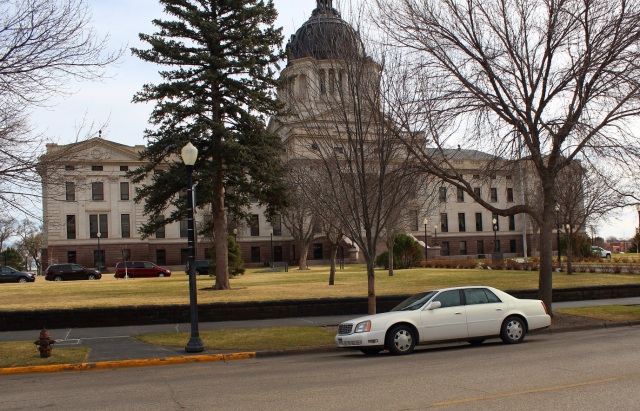 [With the Supervisor, same time of year in 2004.  BTW, with now two trips to Pierre, we are the first two non-native South Dakotans to accomplish such feat.] 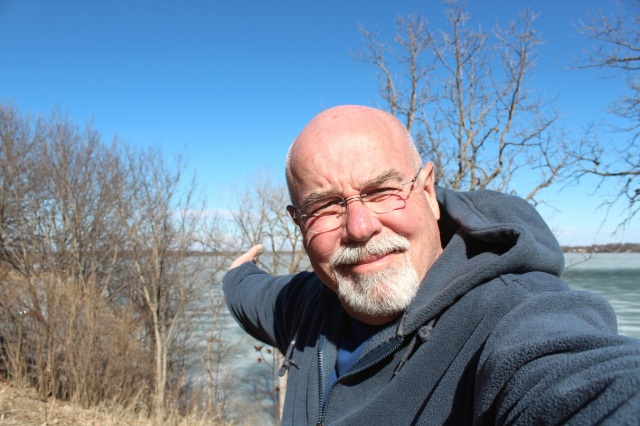 [And then, before you knew it, we were home, March 30, 2015, and the ice on Lake Darling was beginning to depart until it’s return next November.] 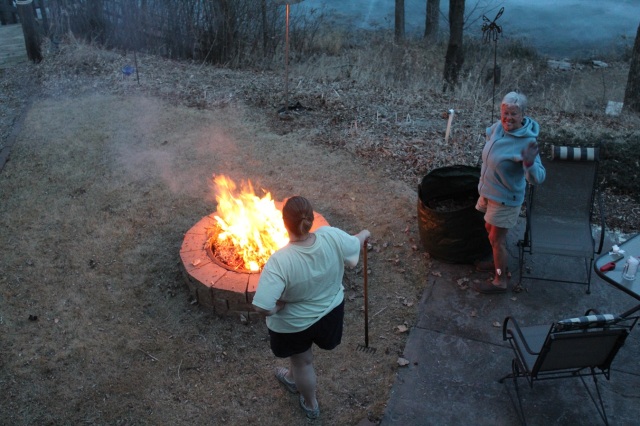 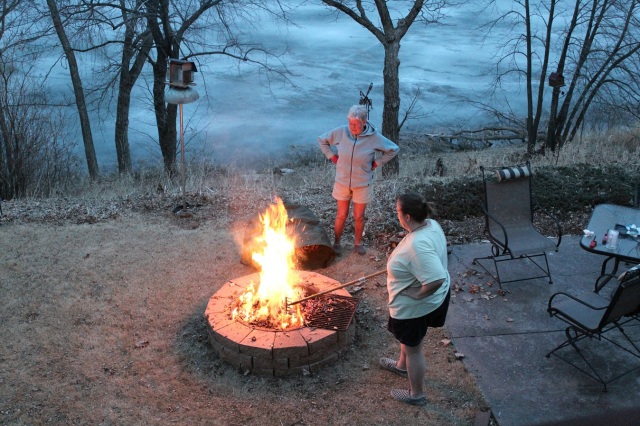 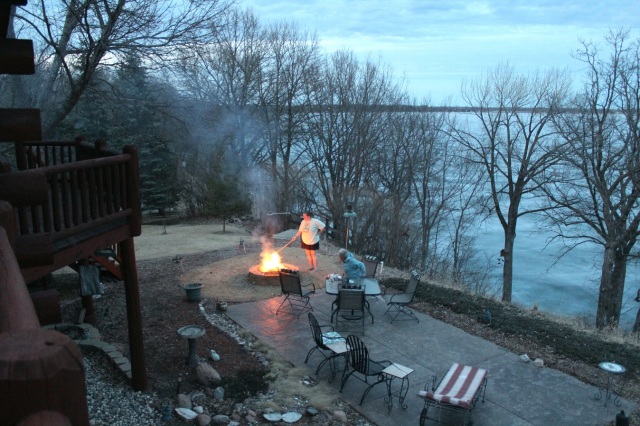 [It was so nice the next day there was yard clean-up and a conflagration!] 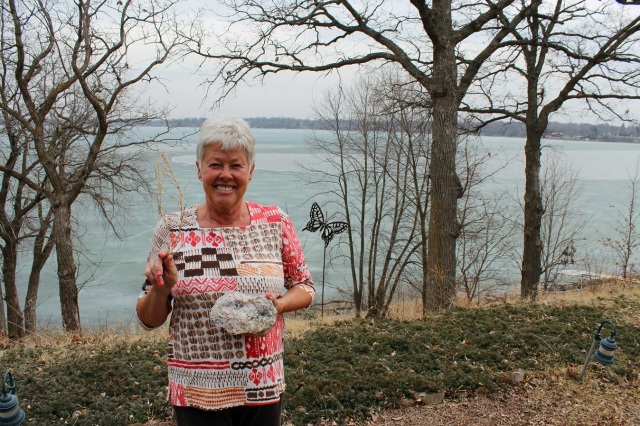 [And the following morning I found a piece of tumbleweed stuck in the car grill which the Supervisor then displayed with her piece of rock blasted off Crazy Horse.]