Annually, the social and entertainment event of the year.  Looking back, the super and I missed an opportunity to arrive in a limo, with champagne on ice.  Oh yeah, not at the school!  But for the arthriticly and follicly challenged among us, we were celebrating not having to sit on a hard wooden bleacher or cold metal folding chair any longer – for the first time, we were in a THE-AYE-TUR!  And what a lovely touch that is. 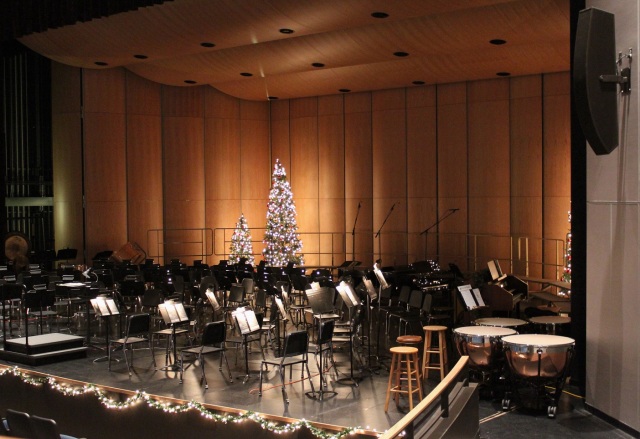 [Oh, student musicians, where art thou?] 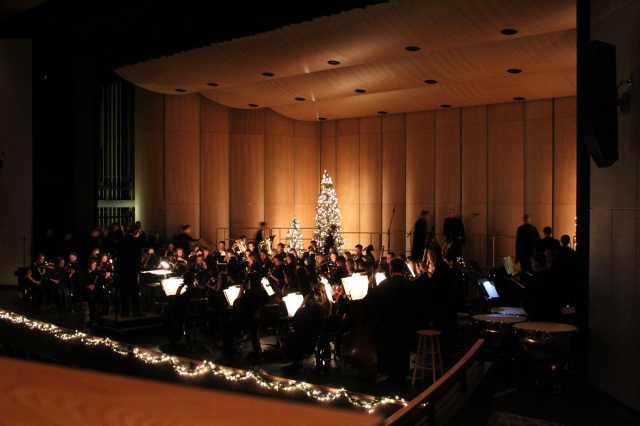 [And then they filed in with the precision of a Marine drill team, taking care not to trip over the upright basses.]

[And here is your Alexandria Area High School orchestra!  🙂  ] 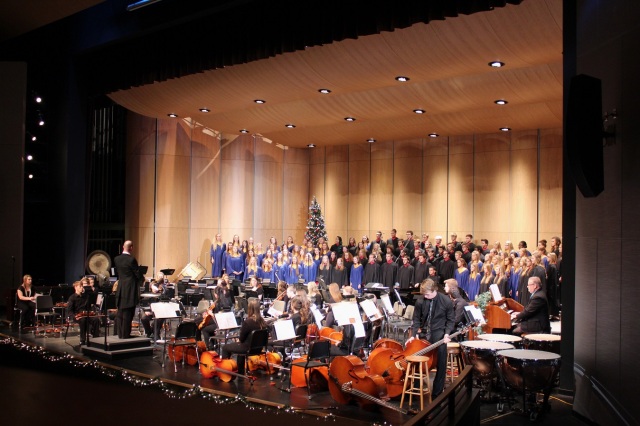 [Together they are wonderfully directed by Brad Lambrecht, orchestra, and Steve Deitz, choir, both looking quite lovely in coat and tails.]

[The concert honored Murrae Freng, who would have absolutely loved the new auditorium.  It’s a real shame that he just missed being able to see it.]

Part of every Christmas concert since we’ve been going has been the narration by Bob Hines.  Our old friend has the perfect late-night FM deejay voice!:

[Checking now your programs, the Silhouettes (properly named here) and Les Marquise performed right in front of us.] 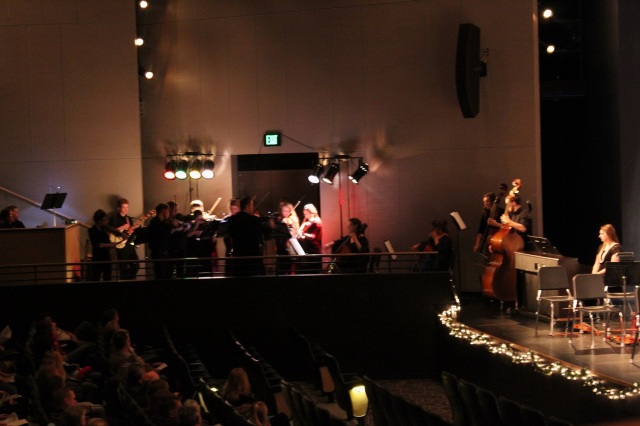 [The Rainbow Strings on the far side of the auditorium, among beaming hundreds of parents and grandparents!] 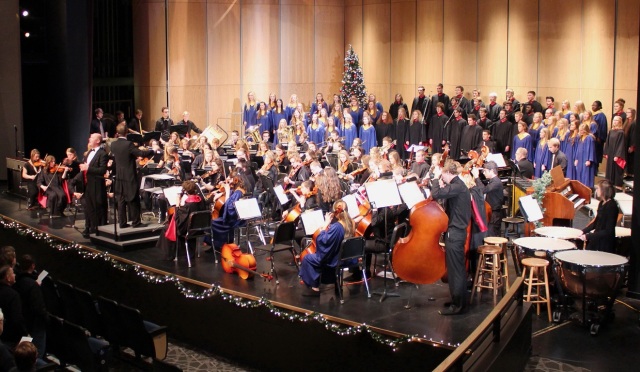 “Do You Hear What I Hear?” – Combined Choirs & Orchestra: 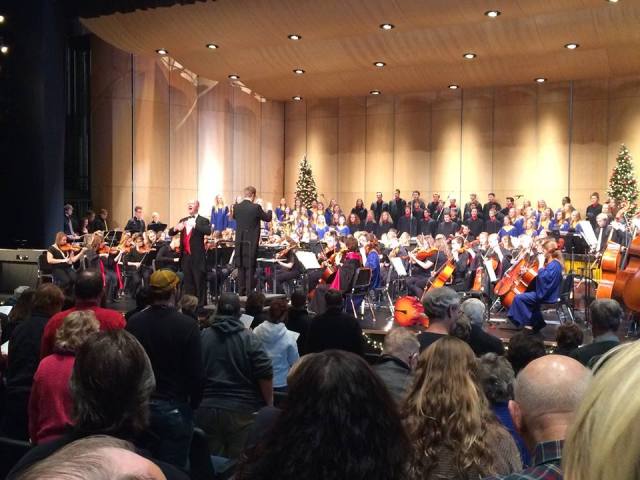 [And finally, as seen by Echo Press.]

The Book of Life begins with a man and a woman in a garden.  It ends with Revelations.  ~  Oscar Wilde

Up next:  Methinks basketball.