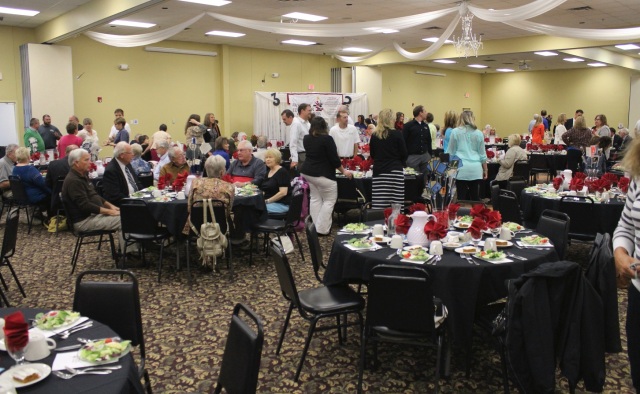 [Homecoming festivities begin with the Hall of Fame luncheon on Friday at Broadway Ballroom.  Why yes, we did buy a table.  From Ikea, I think?  And can you spot our ex-mayor?] 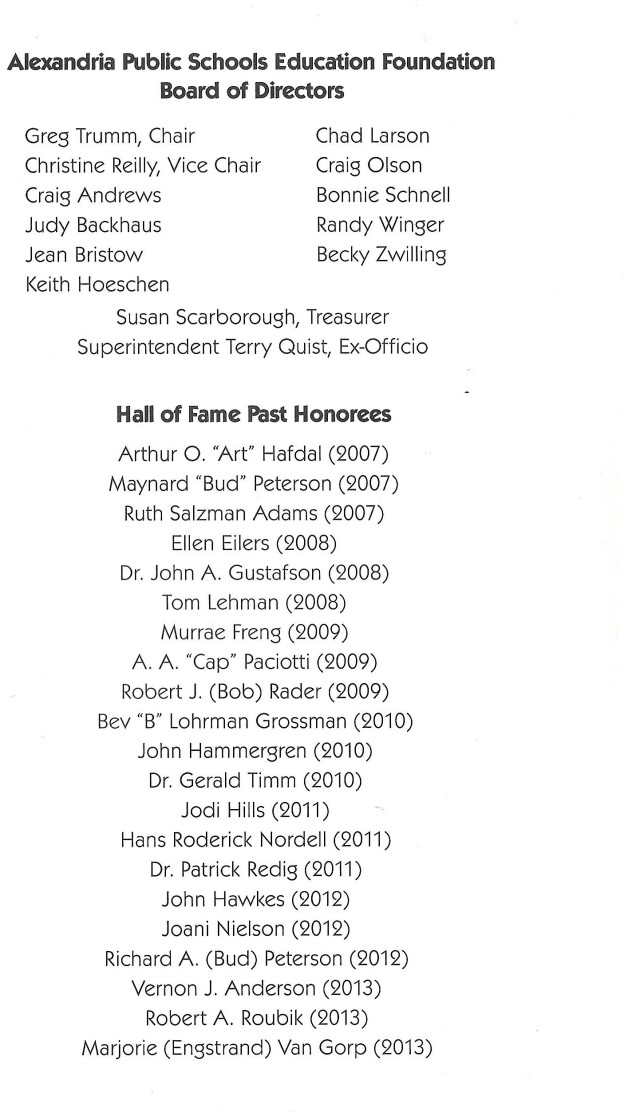 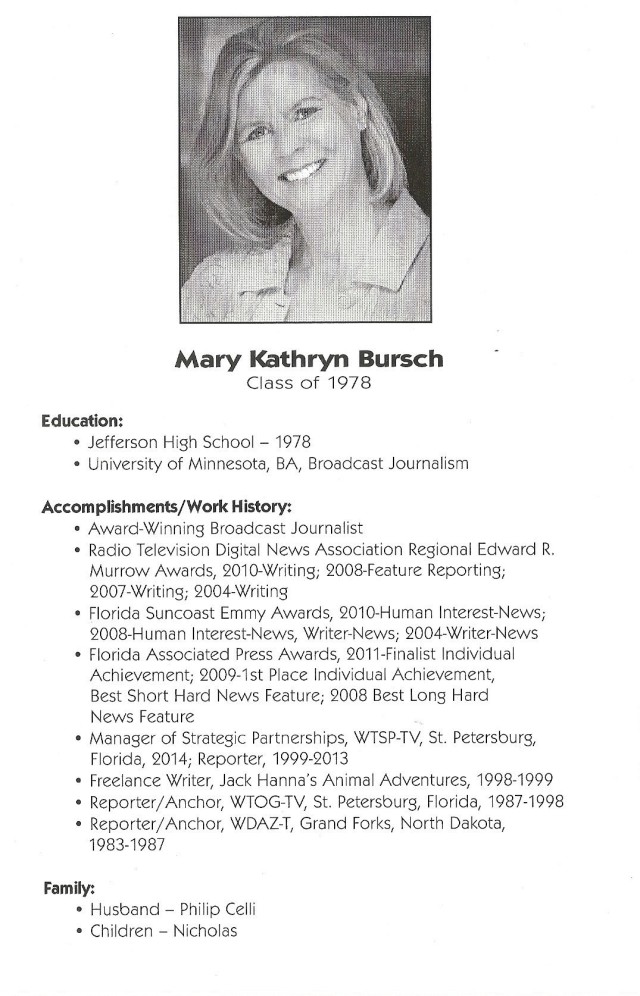 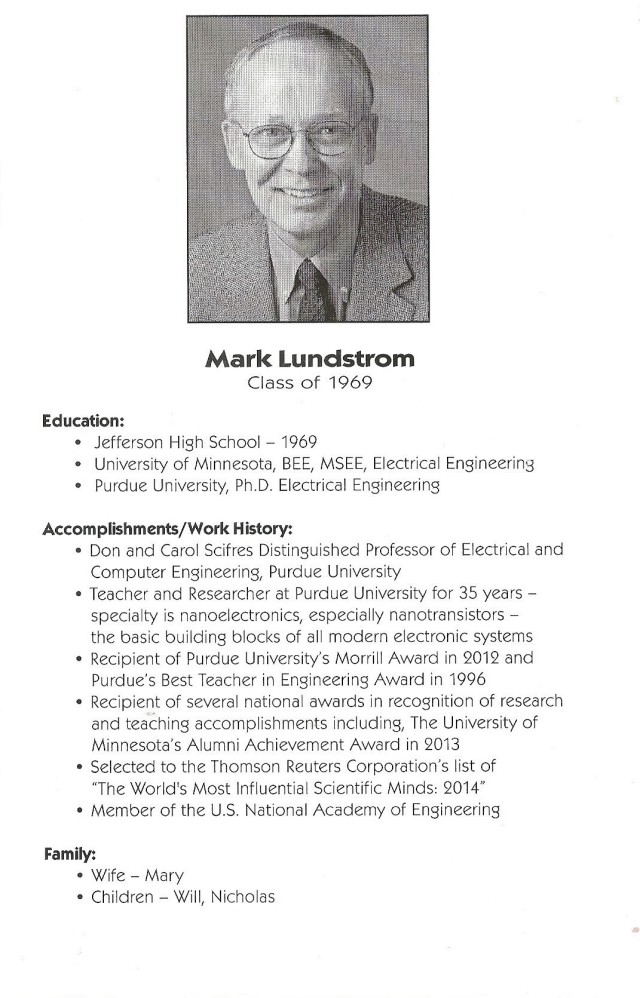 [Well, I had to feature Paul McCabe since I grew up with all his first cousins in Victoria Heights.  I forgot who took these photos (can’t keep up anymore), but Paul with his aunt and uncle, Carol ad Dave Dittberner, who nominated him,; and then his mom Bobette joined in. The event keeps getting bigger every year.  And honorees really appreciate being recognized by their old home town.] 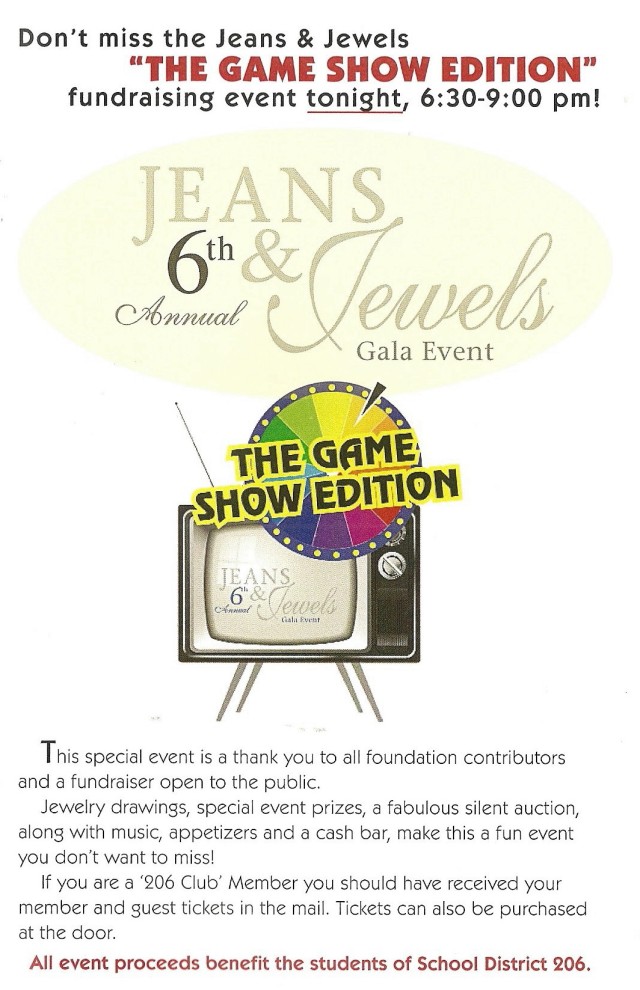 [Hey, join the 206 Club and join in the fun with Jeans & Jewels, same place, that evening.] 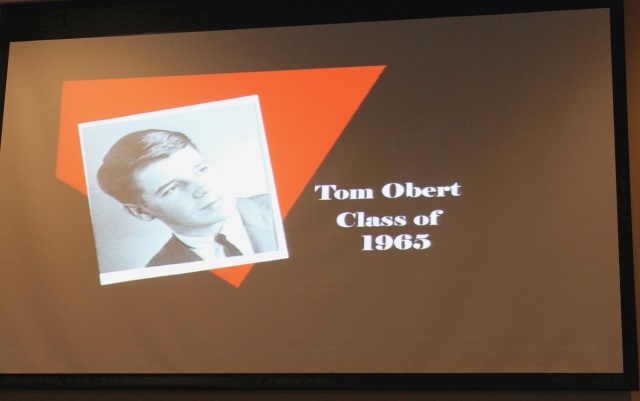 [Some of the more infamous Alex alums are featured on the “big screen!”]

[Two alums who wore their class tee shirts to Jeans & Jewels, getting them warmed up for the Homecoming parade the next day.] 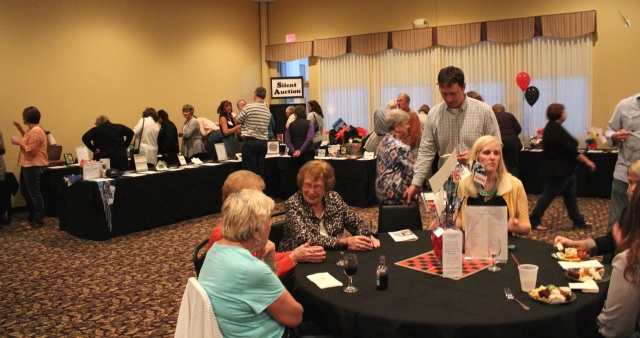 [Where the excitement never ends!]

[I felt compelled to leave Jeans & Jewels early – the supervisor stayed to monitor her silent auction bids.  Lisa Lynn was at SAWA.  Also at SAWA, this painting was again featured of the establishment with “Dangerous” Dan’s red Jag convertible parked out front. Dan was also featured in this post’s very first photo as a guest at our table.  😉  ]

[I tried to find a Lisa video with something close to a homecoming theme.  Well, the best I could do was “Paris Nocturne” (above) because, well, we were just there.] 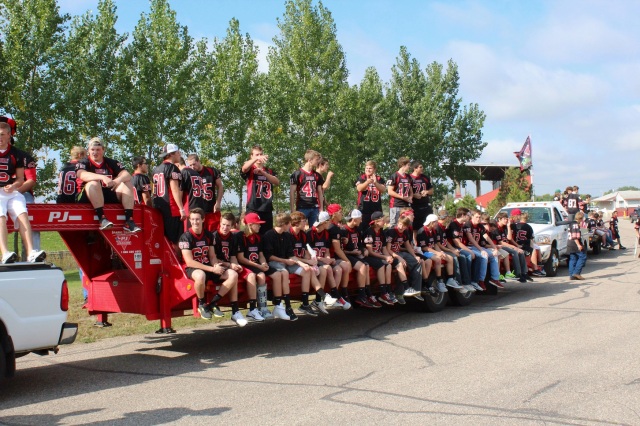 [I arrived at the fairgrounds Saturday morning for the Homecoming parade.  First in line was the football team, who I believe have something to do with homecoming.] 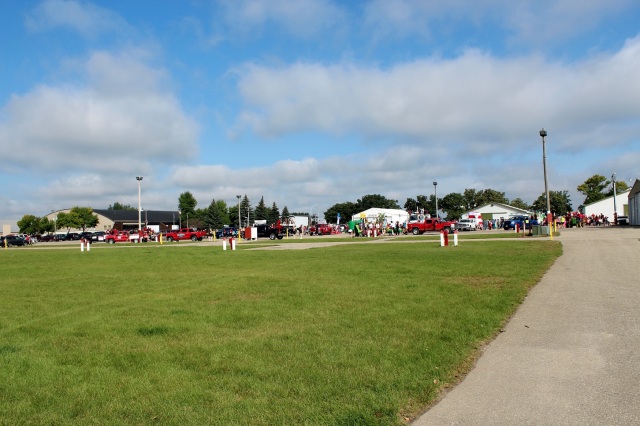 [The rest of the parade participants getting organized . . .] 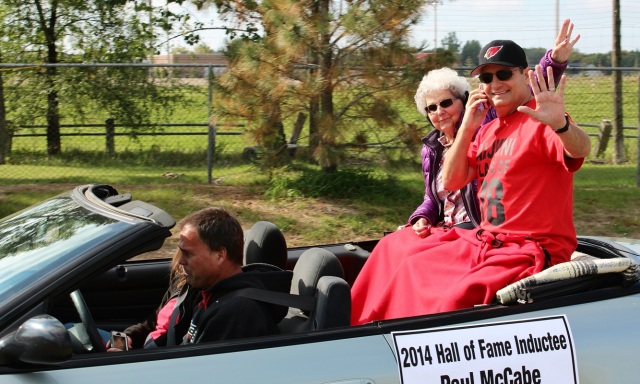 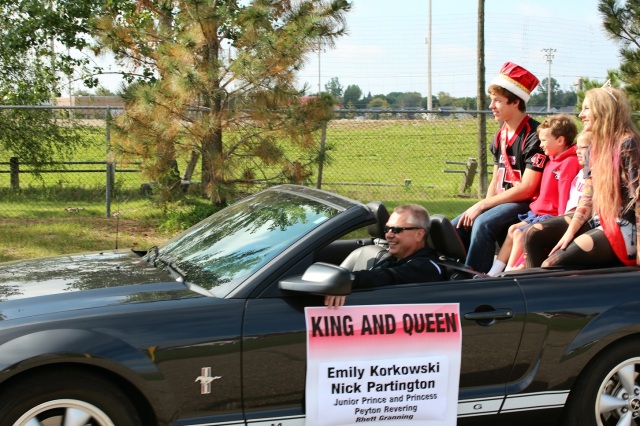 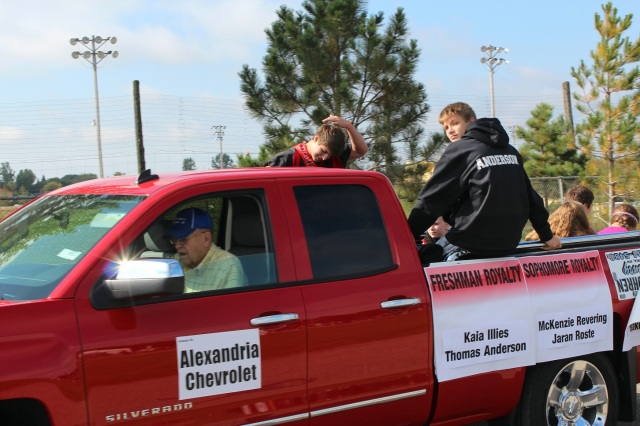 [The Hall of Fame honorees and Homecoming royalty.] 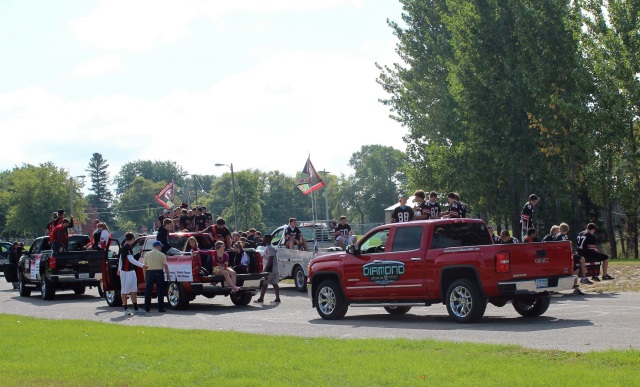 [Can’t figure out why these young’uns would rather ride than walk?] 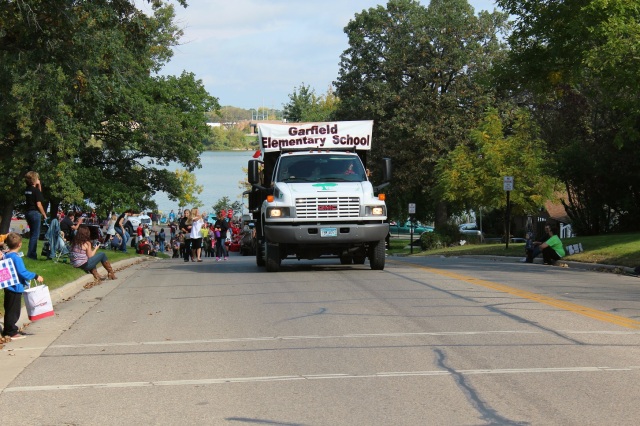 [Because Broadway is still undergoing its make-over construction, this year the parade had to turn up Cedar, a residential street.  I had a walking partner this year, classmate Sara Smith Sevey.  Sara and I had to walk fast to keep ahead of the Garlfield Elementary School truck.  This is where we had just turned onto Cedar for the one block up hill scramble.] 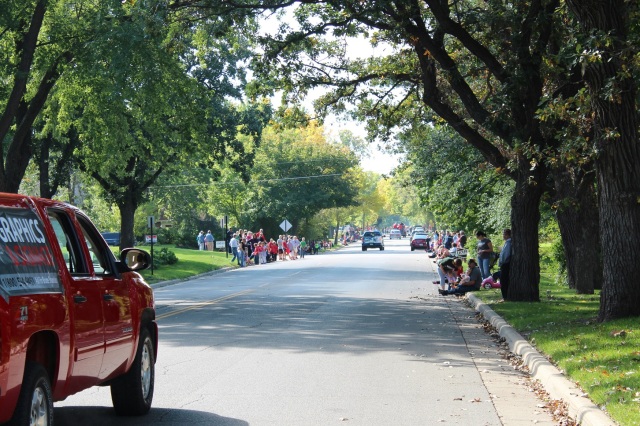 [On Cedar – just like last year, the opening parade components were shot out of a cannon and quickly left us, and the rest of the parade, in arrears!  Sara & I soon opened up a gap between us and the following parade – meaning we could star on our own!  😉  ]

And now the parade from a spectator’s point of view . . . 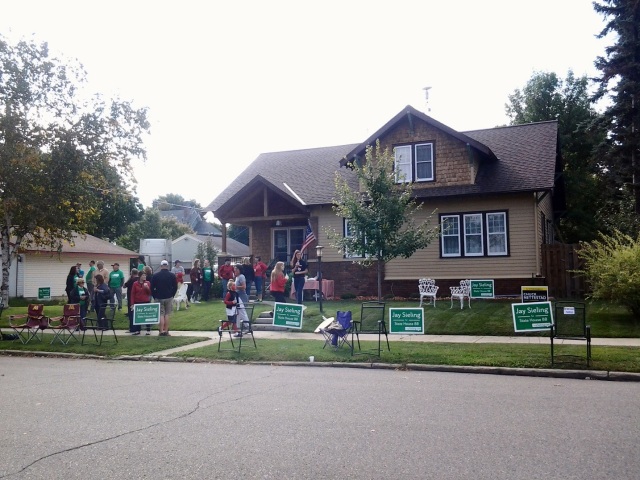 [The supervisor took up residence here on 9th Avenue, where the parade turned off Cedar on its way to Broadway.  The following photos were taken by her from here . . .] 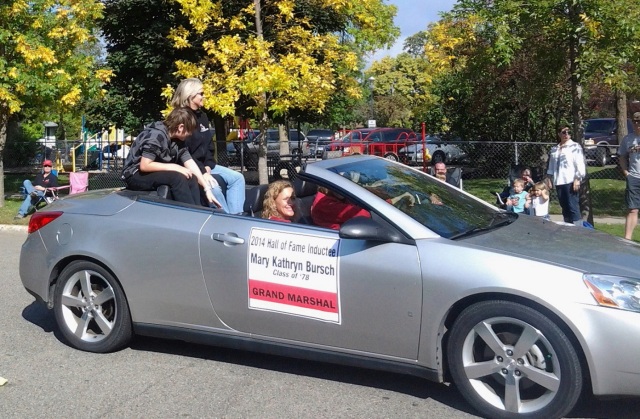 [I’m glad she got the other honoree!  Honoree Mark Lundstrom was unable to attend.] 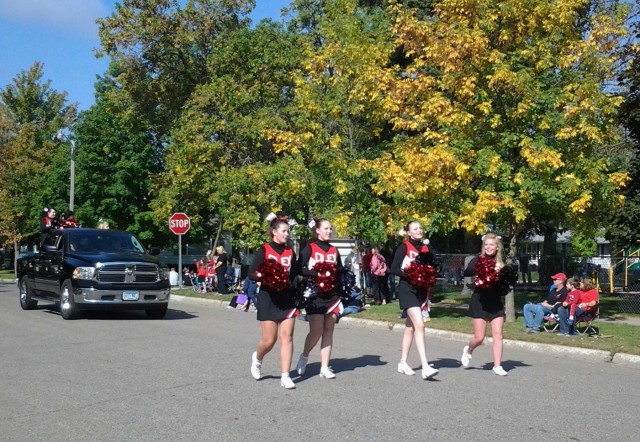 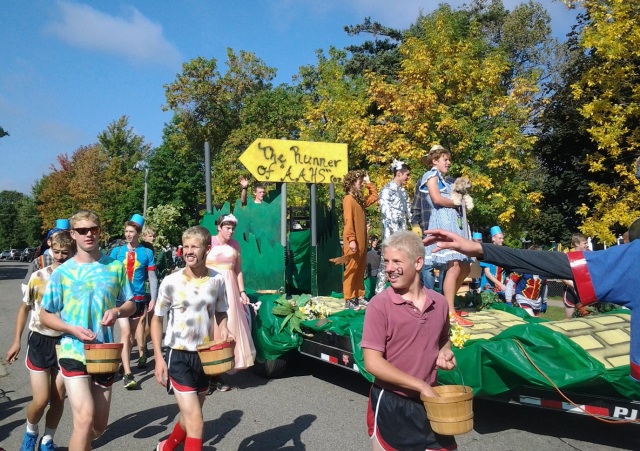 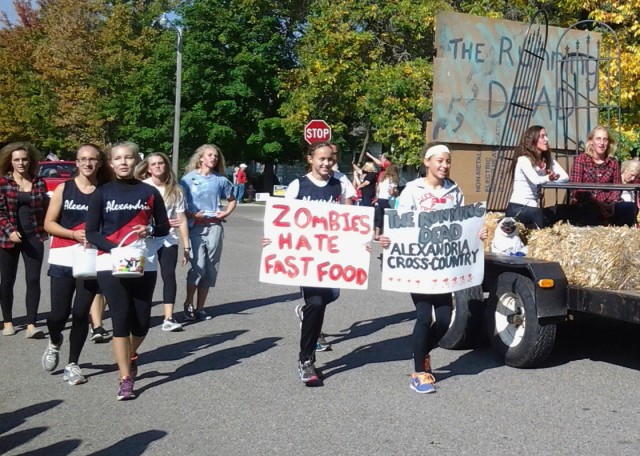 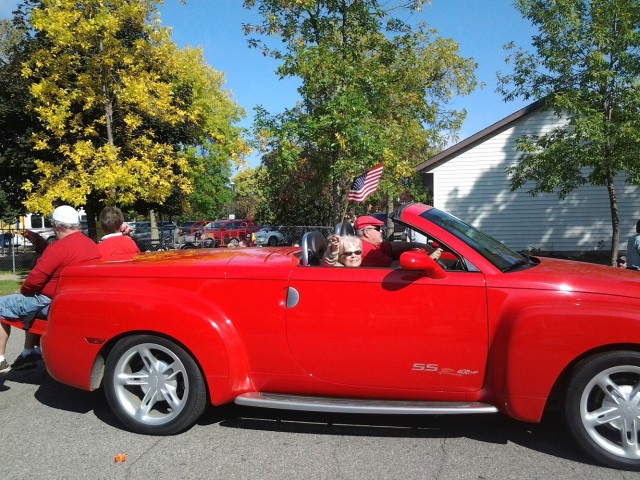 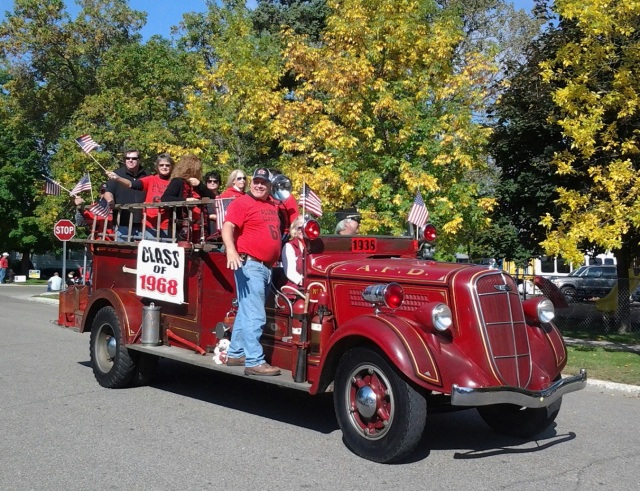 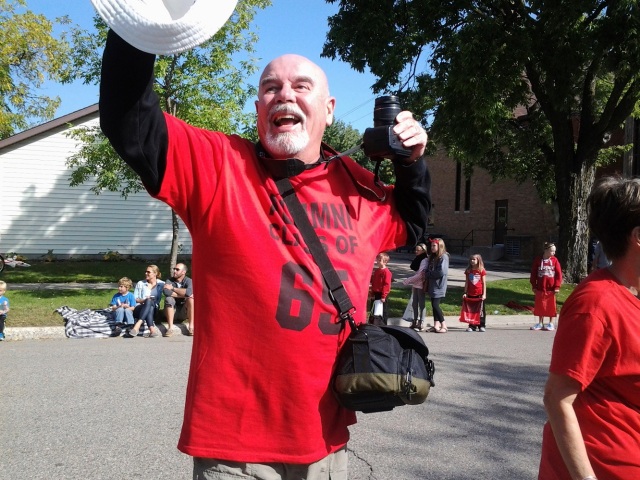 [I believe Sara and I were outstanding representatives from the class of ’65 . . . as we acknowledged the standing ovation.  😉  ] 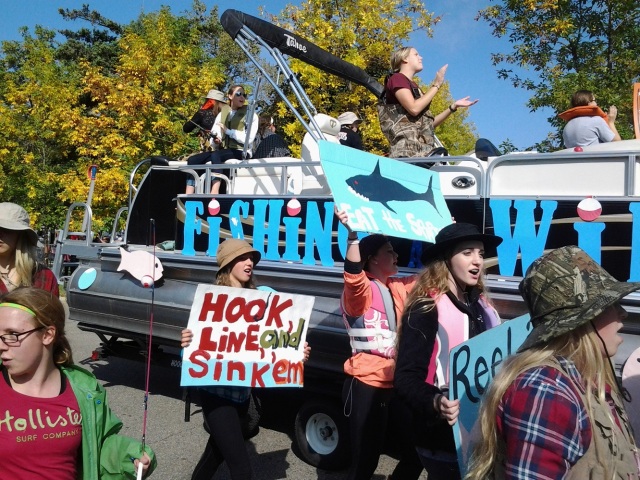 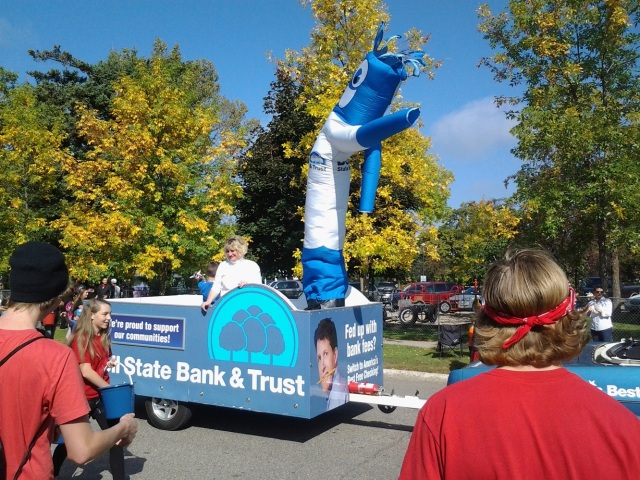 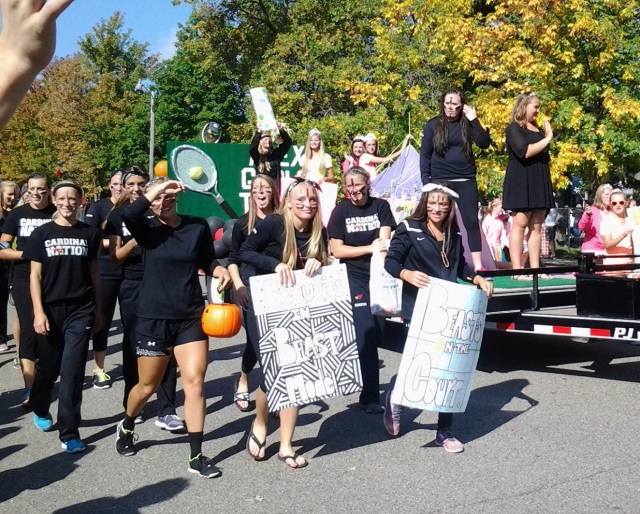 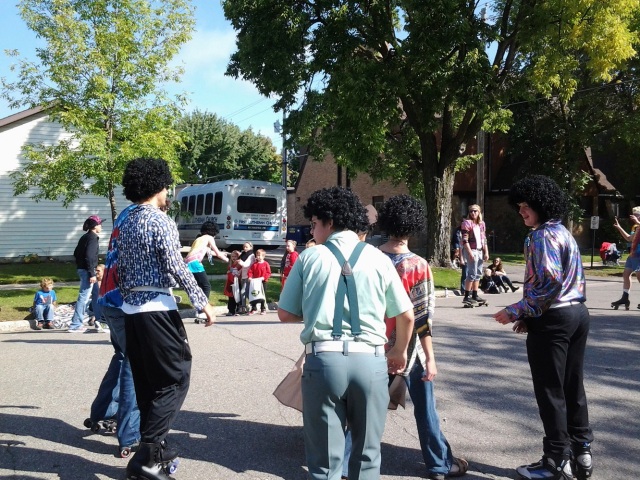 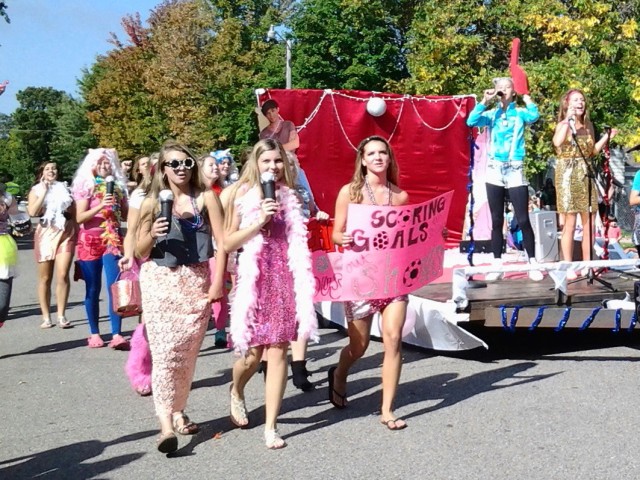 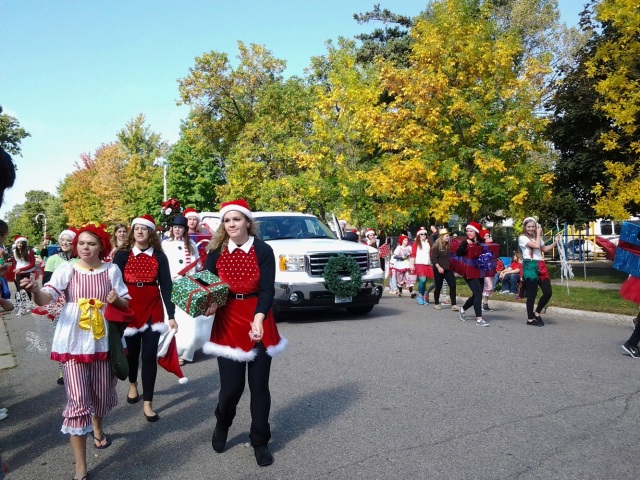 Have you ever noticed when you get to end of a tube of toothpaste and the tube gets all scrunched up, that scrunched up part seems to last as long as the whole rest of the tube did?  How is that possible?  ~  The editor