[The next morning we’re in a cab on the way to DeGaulle.  I think I tried to look this place up a while ago.  If I discovered what it is, I’ve forgotten?] 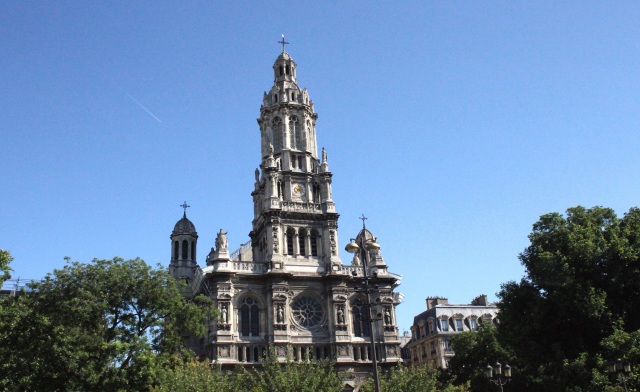 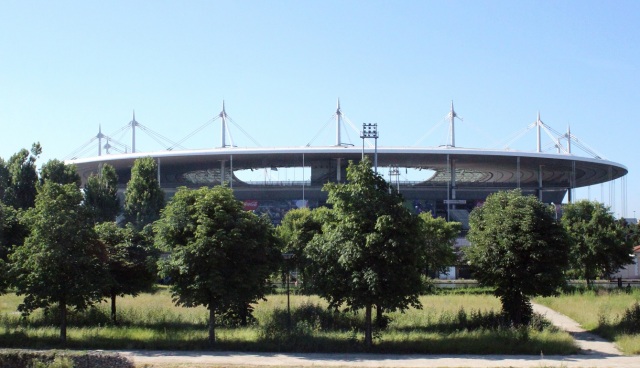 [Is this where the New Jersey Giants play?]

[OK, we’re heading home.  We got to the airport almost 4 hours early.  It was a good thing we did.  First, it was Reetz’s final chance to see if her luggage was still (if ever) in the bowels of DeGaulle.  It took a while, but it was ultimately determined it was not.  In fact, they said her luggage was in Chalon-sur-Saone – that was the last stop on the river cruise a week ago!  Then the supervisor tried to get a refund on the train ride to Paris we didn’t get because they were on strike – after a few window stops, it was determined that that would best be done by our travel agent, the HQ, when we got home.  Then there was the matter of some tax re-imbursable items purchased by Reetz because of the lost luggage.  Well, that took about three different windows in three different locations, each with a line.  We made it to our gate as boarding was beginning!] 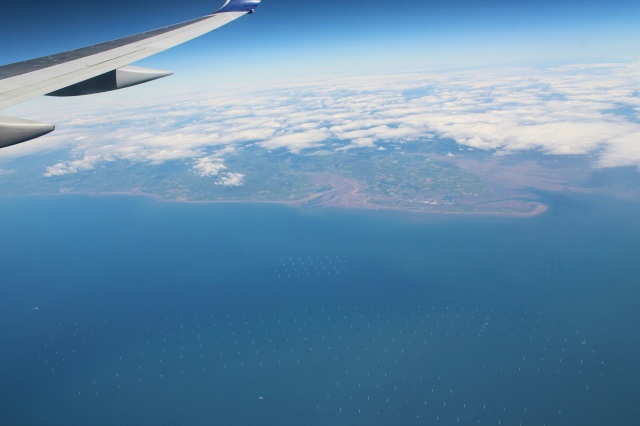 [See the little white dots?  This was either in the English Channel or off the coast of Scotland – both have wind turbines.] 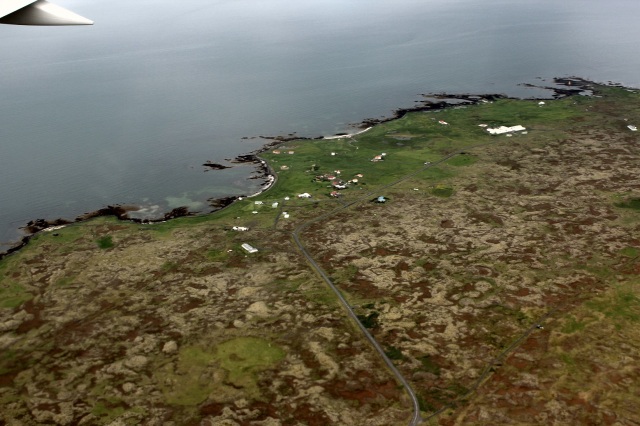 [This time there were a lot more signs of civilization than on the flight over.]

[I’ve looked at clouds from both sides now . . . On the trip over, Greenland was totally in cloud cover.  I was hoping for better luck this time . . . ]

[And I got it.  What a stark and foreboding place Greenland is!]

[We take a momentary break from Greenland for Jennifer Lawrence.  No, this is not from the iCloud, but from whatever movie I was watching.  I think she is the star actor of her generation and I’m a big fan.  🙂  ] 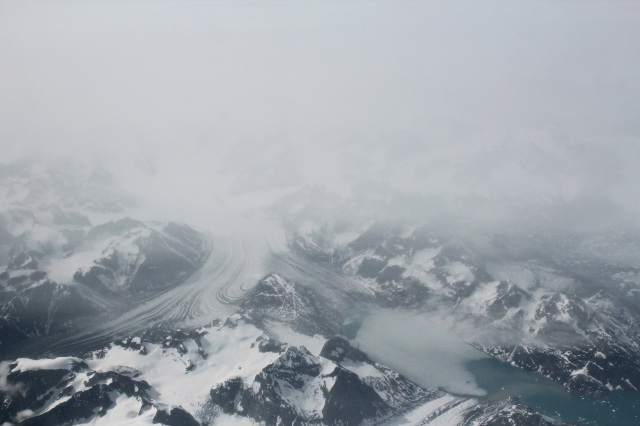 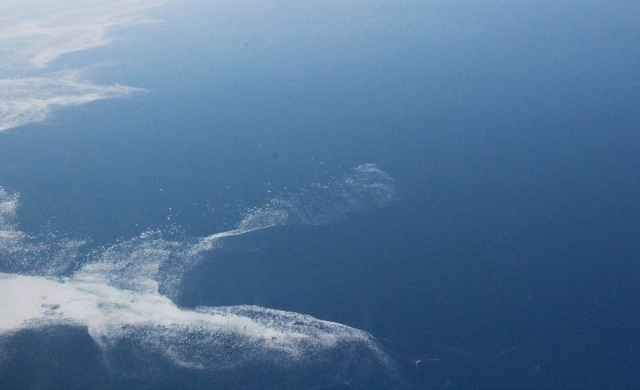 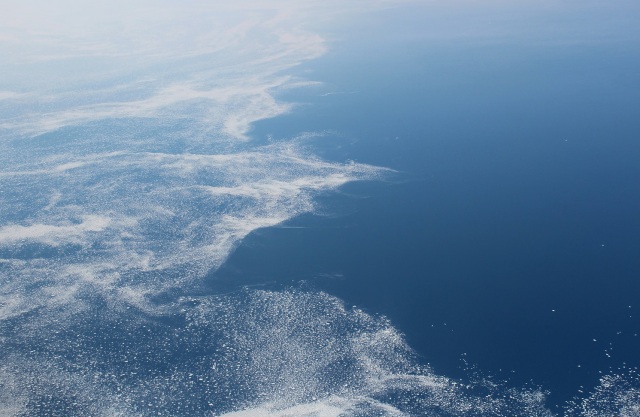 [Then I thought these were really cool as we approached the northeast coast of Canada.]

[Land, ho!  My goodness, just as foreboding as Greenland.]

[We’re going to catch the southern end of Hudson Bay.]

[Approaching the Bay, then I believe over it.] 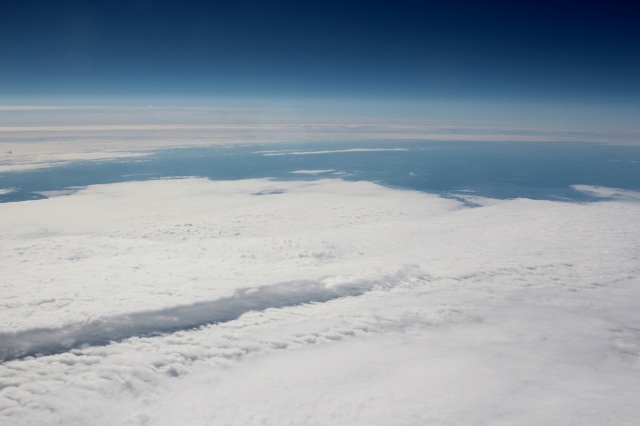 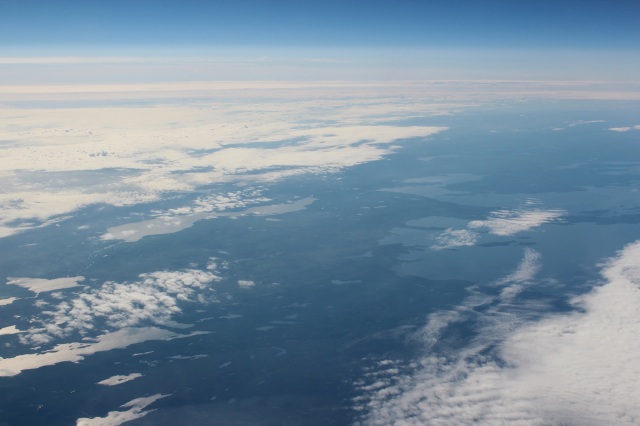 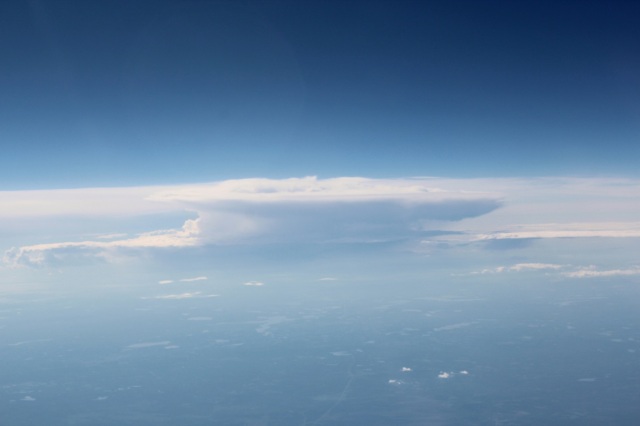 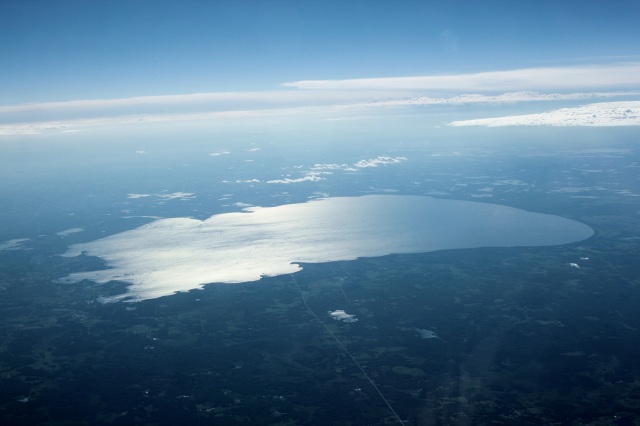 Up next:  Some members of this expedition are planning a similar adventure in Eastern Europe next year.  Till then, it’s Cardinal sports and music!  🙂