[Harken back with me, if you will (I’ve had to do a lot of harkening lately), to those glorious days of yesteryear.  Specifically, all the way back to January 5, 2014, where every day in San Marcos, California, was 75 degrees and sunny.  But first . . .]

A BIG CONGRATS to our Cardinal basketball teams.  I believe the boys were a pleasant surprise for everyone as they made a strong run at season’s end and now will play in the state tournament – facing Austin in the first round on Wednesday, 2:00, in Williams Arena.  This media source will provide full coverage at some time after the event’s conclusion.   The girls’ season ended Saturday in the section semi-finals against Fergus Falls.  The Otters have been ranked No. 1 in the state all year, so we have to tip our hats to them.  But this is their 3rd year in a row at this level leaving some to ponder – don’t their players ever graduate?  Anyway, already looking forward to the Card season next year as we should once again be pretty much well above average!  The 9th-grade girls’ team finished the season 25-0, running the table in the conference tournament.  😉 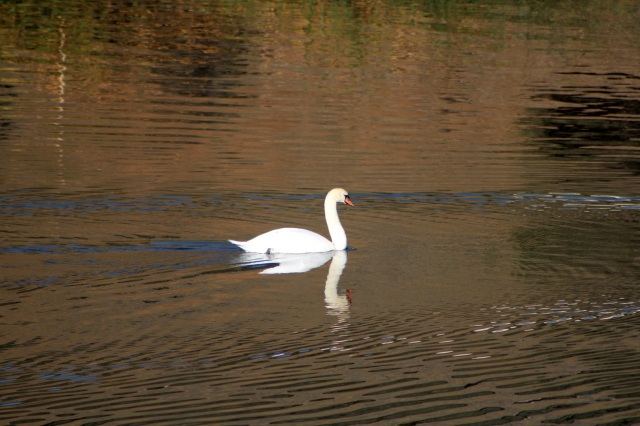 [We began the day, as usual, checking out our feathered friends as they cruised about on Lake San Marcos.] 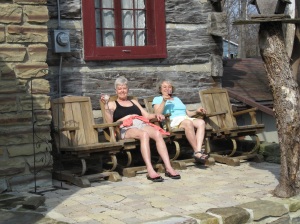 [As I recall, this was pretty much going to be a “let’s see what’s in the neighborhood” kind of day.  After bidding the water fowl a good morning, the next thing we did was set out in search of the San Marcos post office.  This, unfortunately, proved to be an activity beyond the capability of our GPS thingee, which on several occasion advised us we were at our destination though by our personal visual acuity we obviously were not.  Finally resorting to the old stop and ask method, we succeeded in finding the hiding in plain sight government facility.  And from there, we were able to determine the course of our day.  As we were driving around we couldn’t help but notice the “hills” that loomed over the city.  I’m outstanding at noticing such things.  From the post office parking lot, I muttered something to the effect that if we just drove straight south on this post office road we would be heading up into the hills where there were probably some pretty darn nifty overlooks.  So, we did.  And this is the first one – The Biddies approached the marker to find out what it was all about.  (Our guest columnists for the day are The Biddies, who show that three years ago, almost to the day, they can enjoy the sunshine regardless of their GPS position.)] 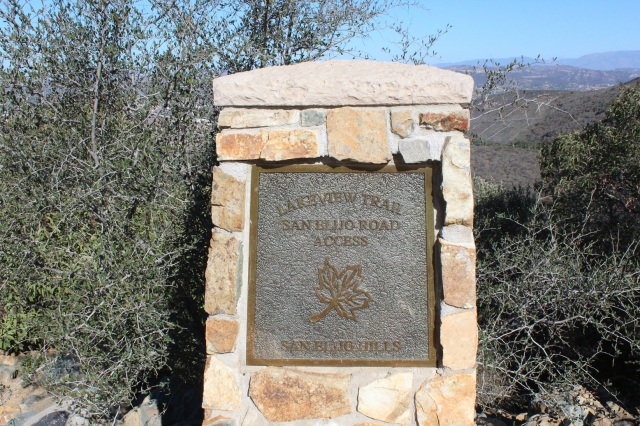 [And this is what is said.] 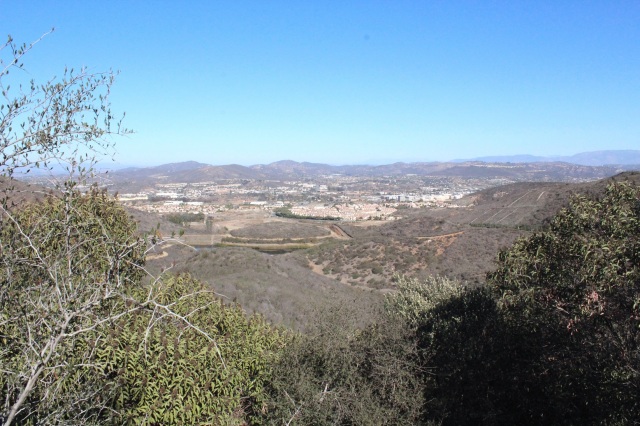 [San Marcos lay before us (well, beneath us actually).]

[Our range of vision wasn’t very wide as I panned slightly to the right.]

[Zooming in a tad, that’s the University of California, San Marcos campus, which we passed on the way up.]

[A state-of-the-art garbage can, and great restrooms off  the photo to the left.  This place had a gravel parking lot as it was designed for horse trailers.  If one were so inclined, there were horse trails that started from here.]

[But we knew there was a higher place, on the top of the peak – we could see it from to city.  So, we kept going on until we found . . . Double Peak Park.  Well, it immediately became a place we had to go to – and we did a few more times while we were there.]

[This was looking east.  You can see where they’ve platted out more housing lots just below us.]

[Looing south.  San Diego’s down that way about 30 miles.]

[From the parking lot looking up at ‘a’ peak.]

[The Biddies are so excited!  They could see the ocean from here (looking west).] 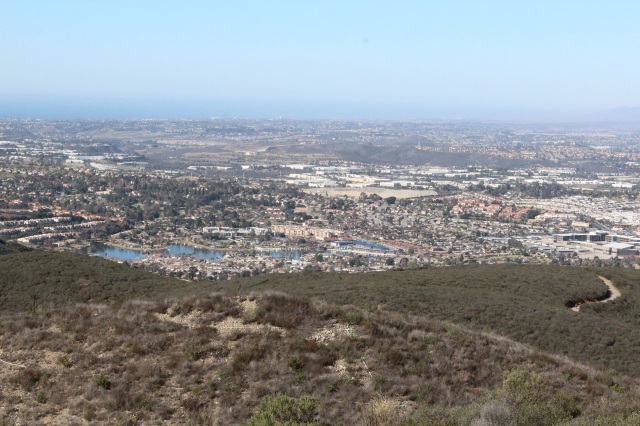 [Looking NW, that body of water in the left center is Lake San Marcos.  Our place was on this side of the lake.]

[From a longer view, the ocean in the background.] 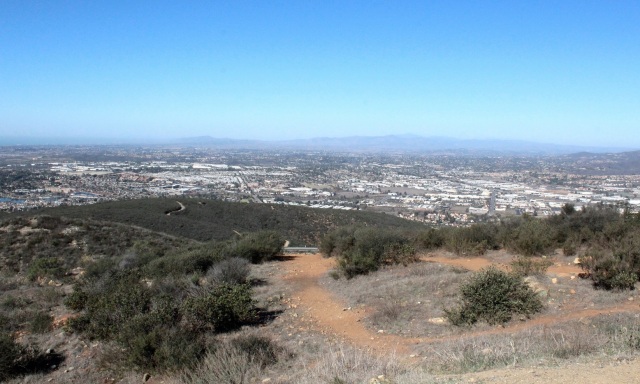 [Looking north toward the city of San Marcos.]

[The top of the mountain.  The park even had a residence for the caretaker.]

[The tree at the top of the mountain.] 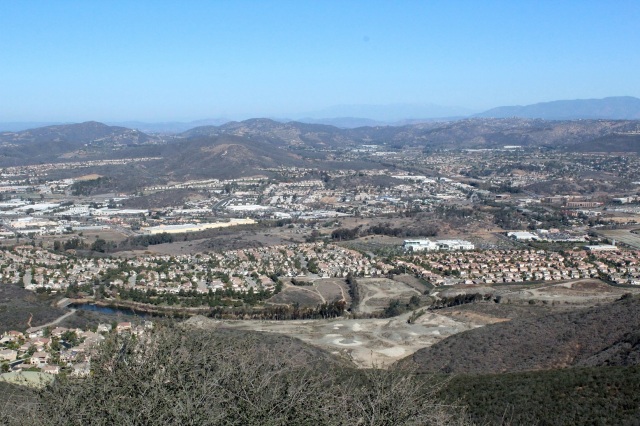 [San Marcos, a city about the size of St. Cloud and growing rapidly.] 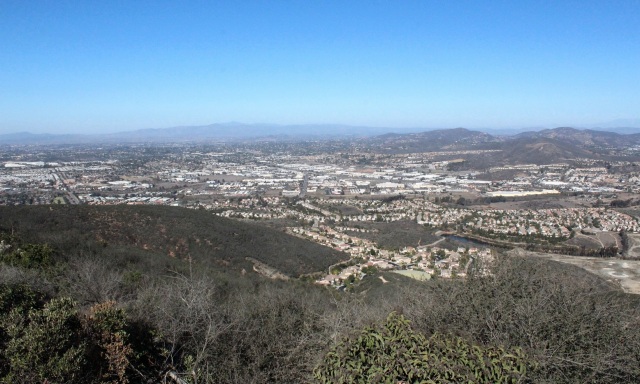 [Our lake, again.  OK, it’s not beautiful Lake Darling, but it was a nice respite.]

[The white building in mid-photo on the ocean is a desalinization plant.]

[Nice place for a picnic.]

[Rita marches on in search of further adventure.] 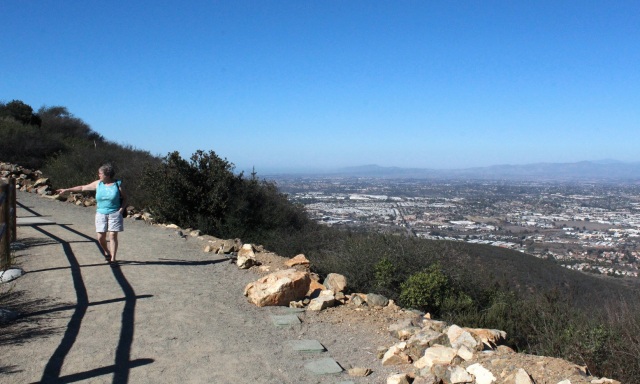 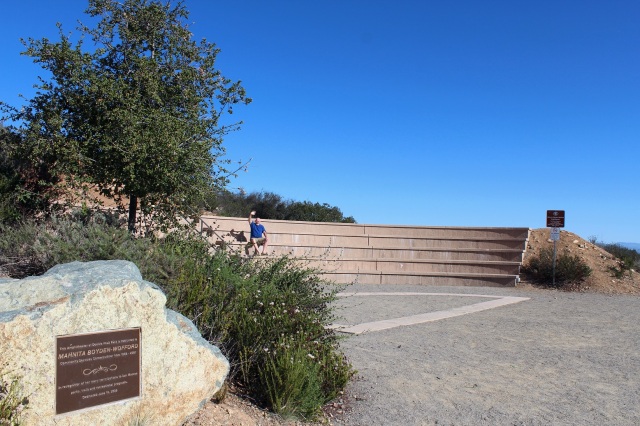 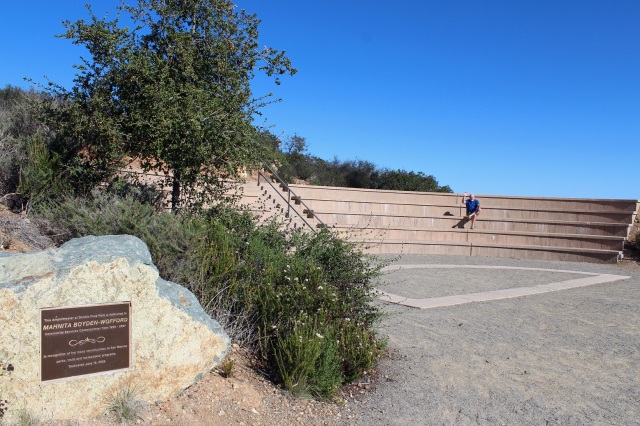 [The usher said I was in the wrong seat?]

[Working our way back around to the parking lot, The Biddies discuss things beyond my comprehension.] 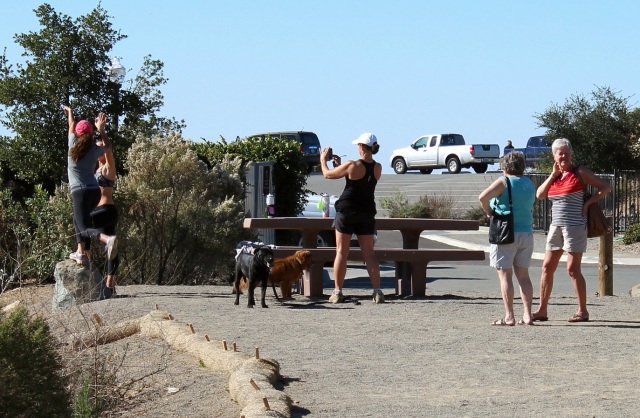 [Yikes, probably dangerous critters down there.] 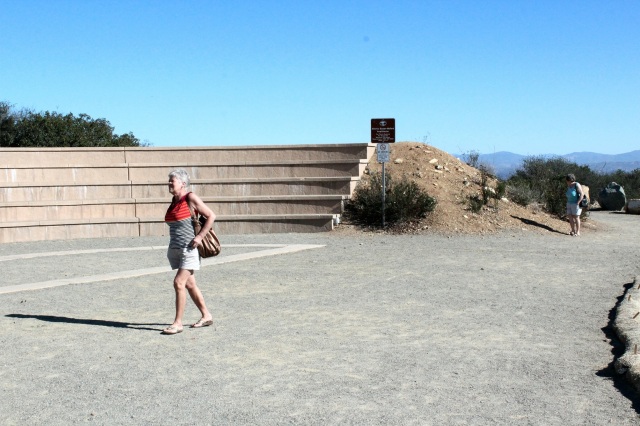 [We kept going around the “mountain top” just to see where it came out.  And this was it.]

[The supervisor had just read about a hot new restaurant in town called “Stoked.”  And here it was as we stumbled right into in what was obviously a brand new addition to San Marcos, named San Elijo Hills.  Totally yuppie; thus, totally me.]

[Before dining, we had to check out the ‘central park” across the street from the restaurant.]

[And there’s the overhead arch for San Elijo Hills park.] 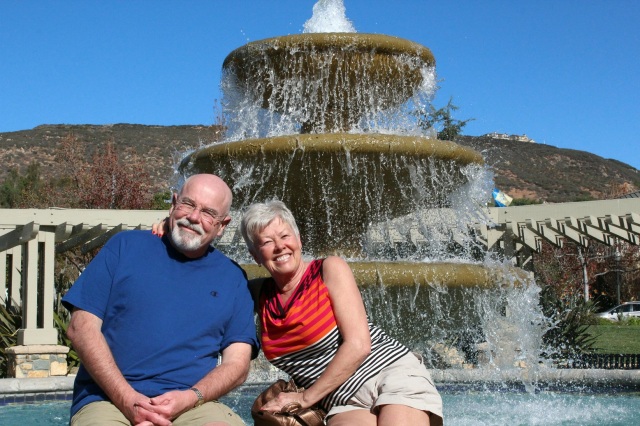 [The Biddies!  There’s “Stoked” across the street on the right where we would be going for eats.]

[And a couple from the supervisor’s tablet.]

[Getting stoked at “Stoked,” sitting outdoors in the back yard!  🙂  ] 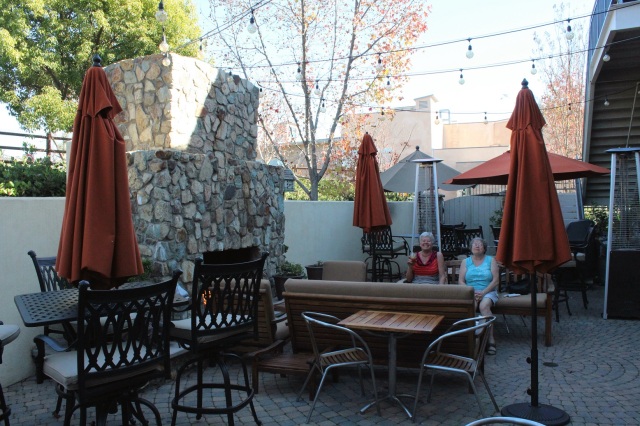 [Part of the spread where we grazed to our stomachs’ content.]

[My Bloody Mary needs a refill!]

[Now this is how to send the kids’ inheritances!!] 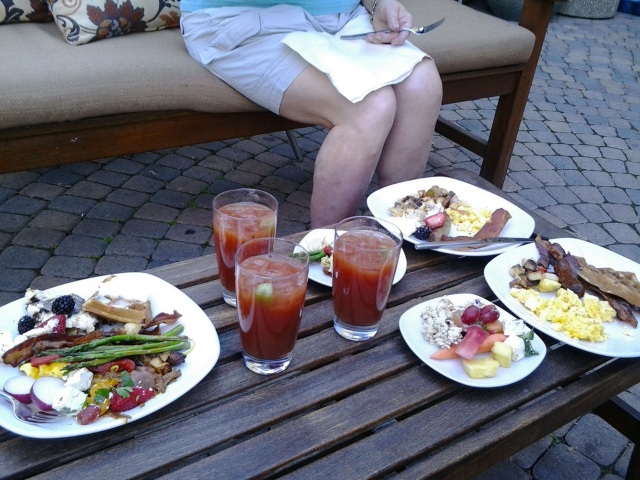 [A couple more from the supervisor’s tablet.]

[Voted most likely to need another colonoscopy within three years.] 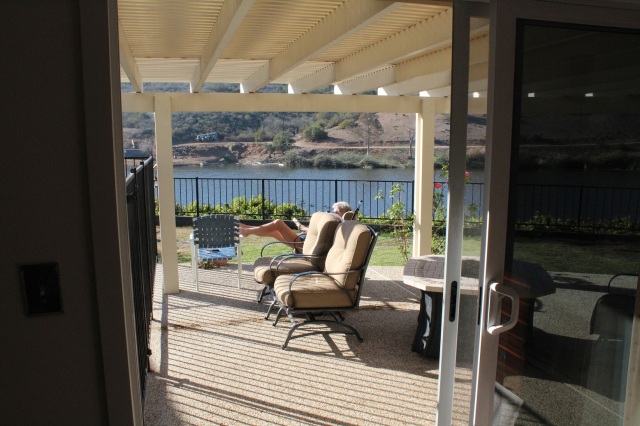 Up next:  Don’t know if I can pump out another “California” before we go to the boys’ state basketball tournament?