[The evening before . . . the supervisor and I celebrated Valentine’s Day, and our anniversary, at Doolittle’s . . .]

[For the first time in recorded history we did not go to the girls’ hockey section finals (the supervisor claims to have forgotten how many anniversaries we have spent with “the girls”).  For age-related reasons, we did not want to venture out on the interstate, at night, during winter, any more . . .]

[Fortunately, the team ventured alone to the MAC in St. Cloud and was able to handle Fergus Falls without us, 4 – 1.  So we’re off to our 9th state tournament next week.  We’ll be there to see the face-off v. Blake @ 11:00 am on Wednesday at the Xcel Energy Center.  Weather permitting, of course.  Photo courtesy Echo Press.] 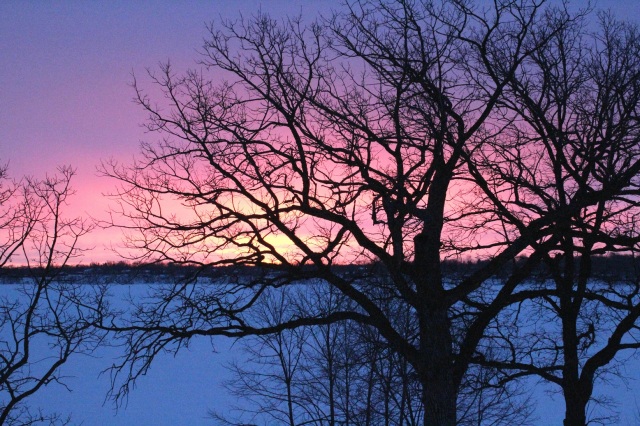 [We were there with dozens of our close personal friends . . .]

[You’ll recall from previous postings that Jill is from Little Falls (the guys are from St. Cloud) . . .] 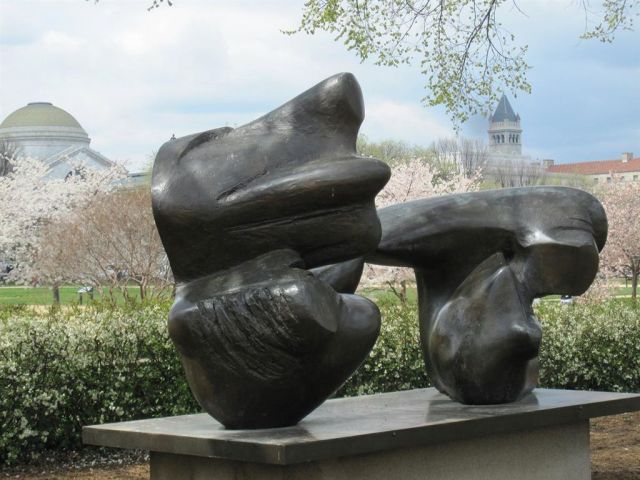 [This is a Henry Moore.  Taken by moi at the sculpture garden at the Hirshhorn Museum on the mall in Washington, D. C.  😉  ]

[We both had/have grandmothers named Evelyn.  I mentioned that my Evelyn once modeled for Dayton’s when she was a young teenager.  I couldn’t find the Minneapolis Tribune copy with her modeling photo in it (it’s in a box somewhere), but . . .]

[But here’s Granny with Dad, with a photo of them on the wall.  As I recall, she was 16 when Dad was born, so she was even younger when she was modeling.]

[We learned all that because all her kids are involved in hockey – even 4-year old Harper.]

[So, we were there all afternoon.  And interspersed between the photos are the six videos I shot during the day.  The place was packed, so, as usual, there is a hint of background noise.] 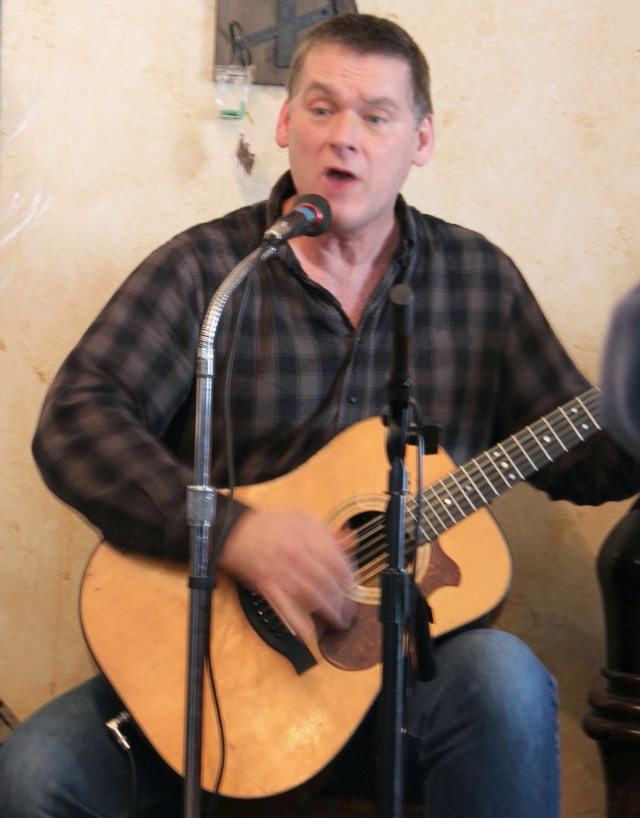 “My Love Will Keep”:  http://www.youtube.com/watch?v=5UEoDHKBu1o 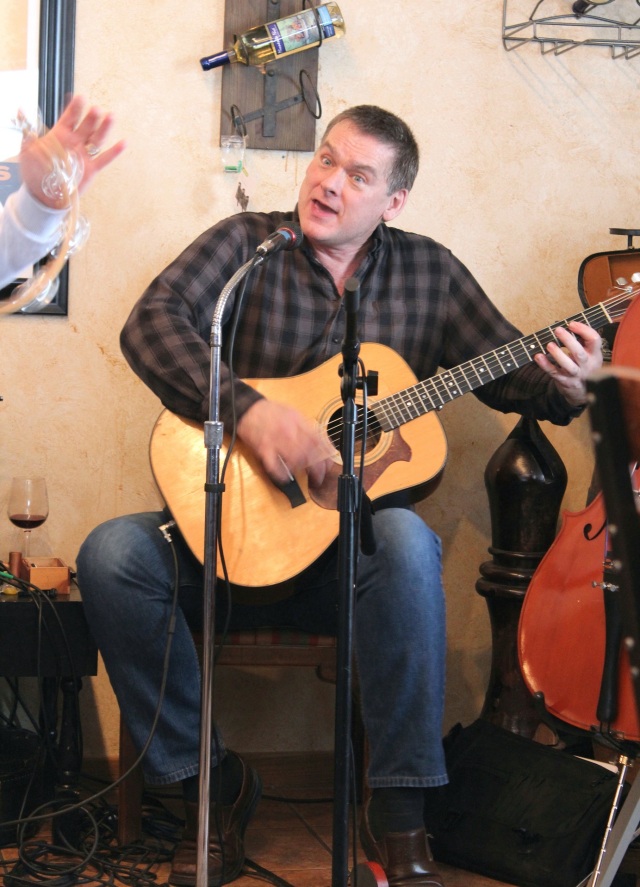 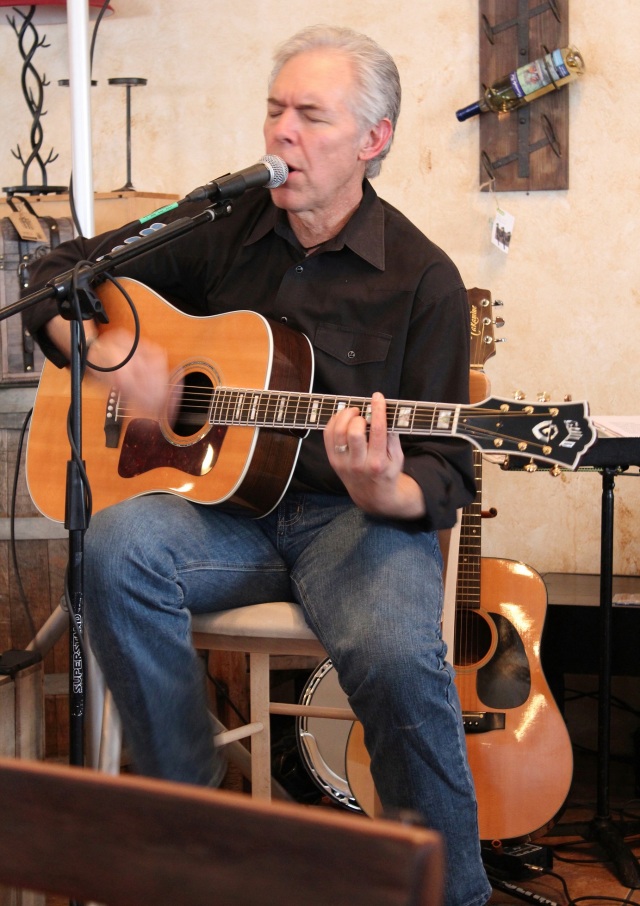 “Out of the Rain”:  http://www.youtube.com/watch?v=k__EeXlQBFw 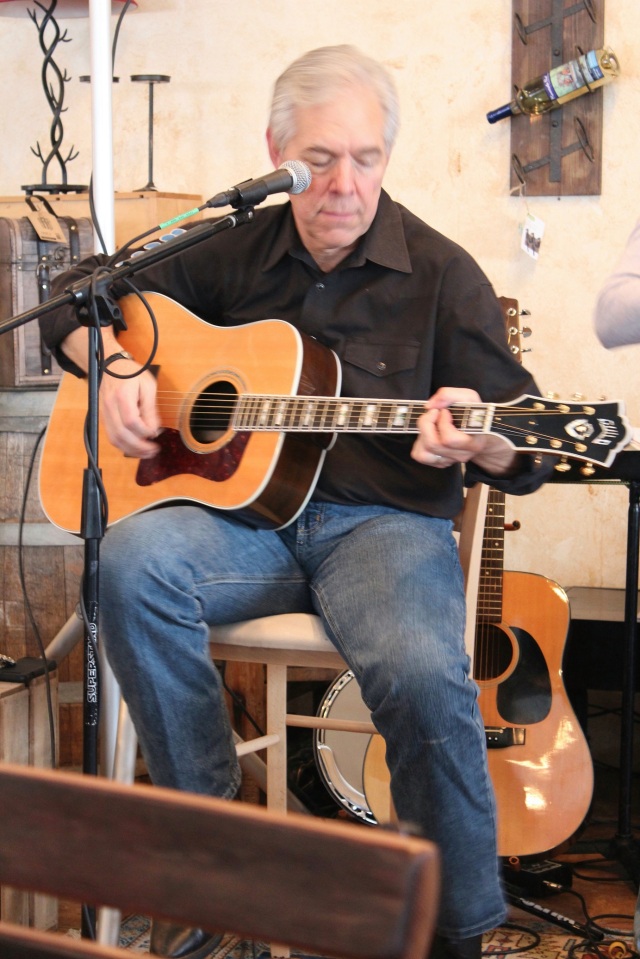 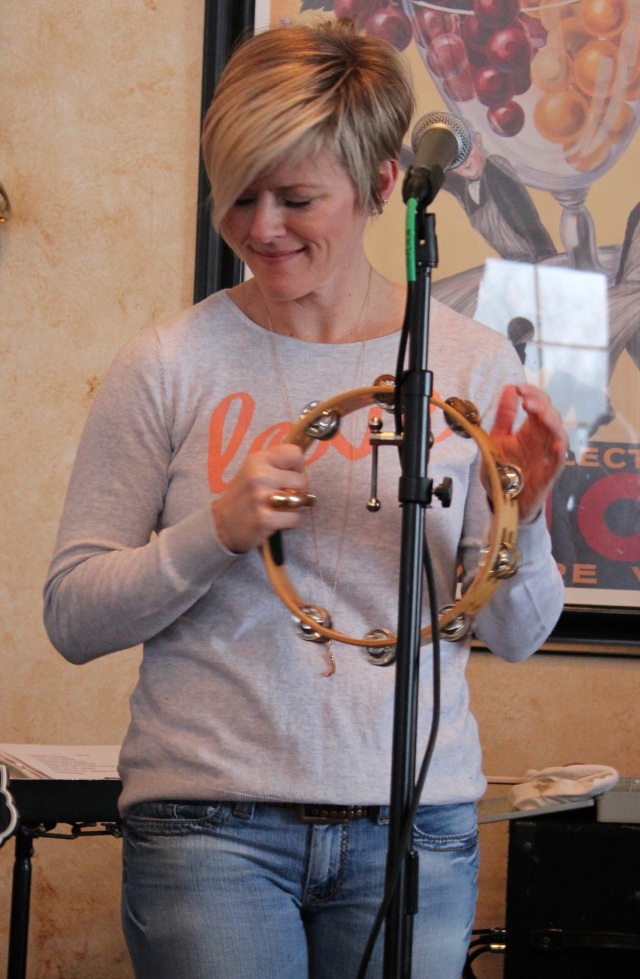 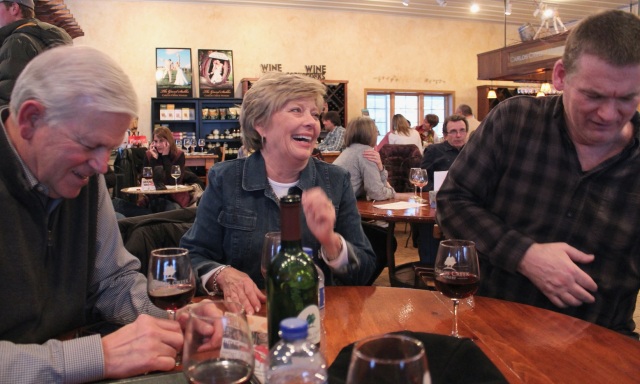 [The couple with Paul were “designated table holders.”  They came all the way from The Cities to do so.] 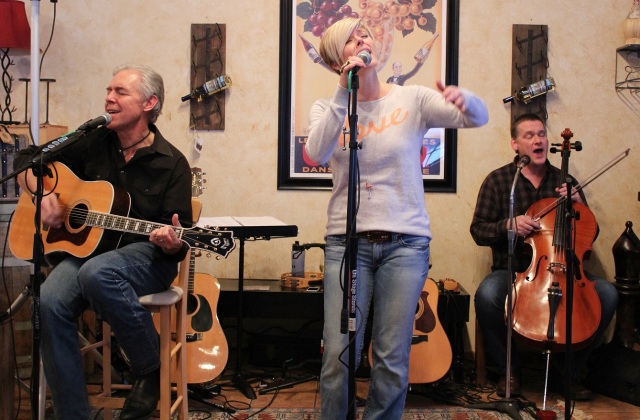 Back to the night before, we couldn’t just go home after eating on our “special day.”  So we decided to go to the boys’ basketball game, again with dozens of our close personal friends.  We had not been to a game all year, and we didn’t have to leave town.  The Cards have had a bit of an unorthodox season, but I had heard some good things about the team.  We started strong, then hit a stretch where we lost 6 of 7 games?  Going into this game against Moorhead, we were on a 6-game winning streak, including beating the Spuds at their place.  We got there in time to see a good bit of the JV and 9-grade (“B”?) games.  The Cards killed the Spuds in both games!  I wondered what was going on here?  It looks like we have a lot of athletes coming up.  They both played fast, up-tempo games – get it and go!  When the varsity came out, we noticed our usual lack of height – but we made up for it with a lack of bulk.  I thought both played a significant role in the final result.  [Our guest columnist photo is of Devyn Johnson.  How can you not feature a girl high school wrestler?  She’s a 106-pounder for Osakis, and she won her opening match in their section 16 – 1.  Wow!  Photo courtesy Echo Press.]

[We were also there as special guests of Mr. and Mrs. Boy Tenor, who just happen to be the parents of the referee.  🙂  ]

[John has actually refed several games here over the years, coming all the way from The Cities.] 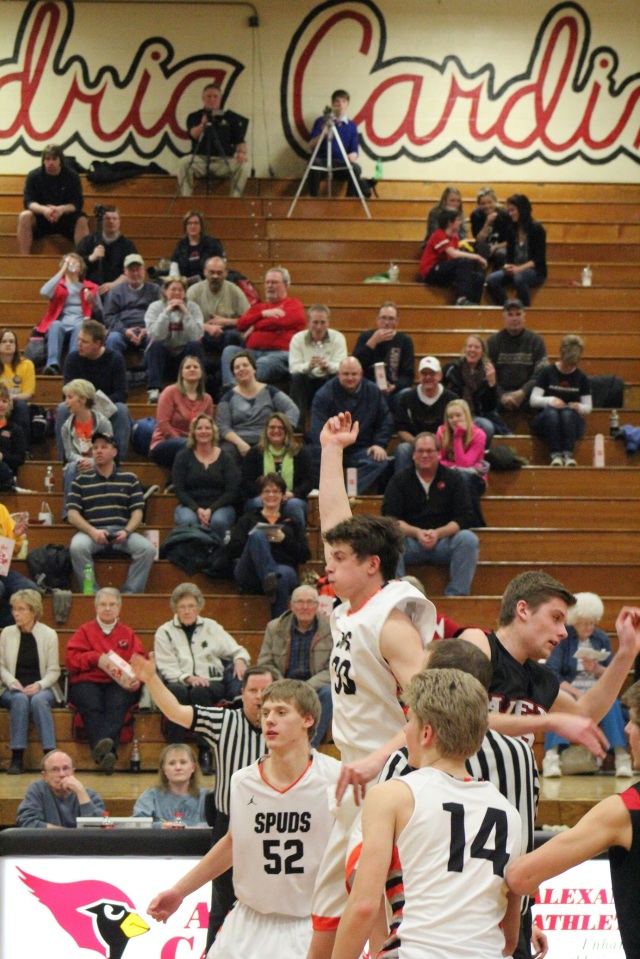 OK, we lost, 61 – 57.  We started fast, an early 18 – 7 lead.  I believe we had 13-point leads in both the 1st and 2nd halves.  We did this just like the girls do – score fast off of turnovers.  We basically have a team of five guards.  And that caught up with us later in the game.  We wore out.  The Spuds were bigger and stronger, dominated the boards, and by the end beat us from the free throw line – they made theirs, we kept leaving ours short, a true sign we had no legs left.  Oh, and they had a 6’3″ player who had a phenomenal 2nd half – I think he swished every 3 he attempted, and seemed to be able to drive to the basket for lay-ups at will. 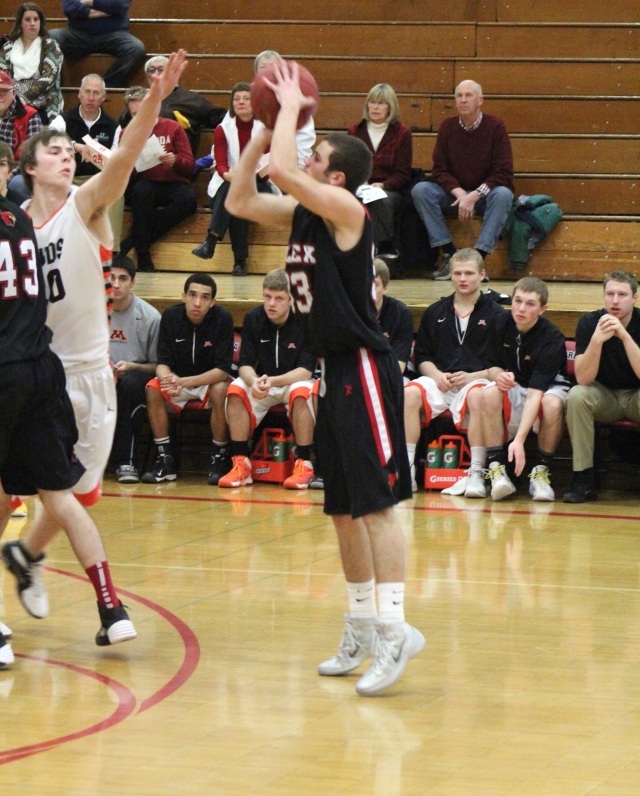 [I believe he was conference player-of-the-week recently.] 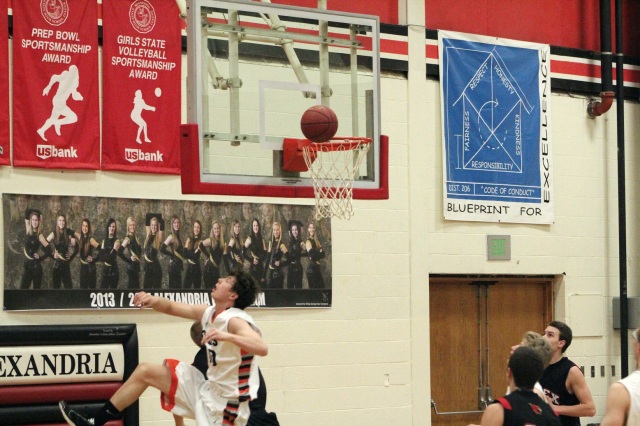 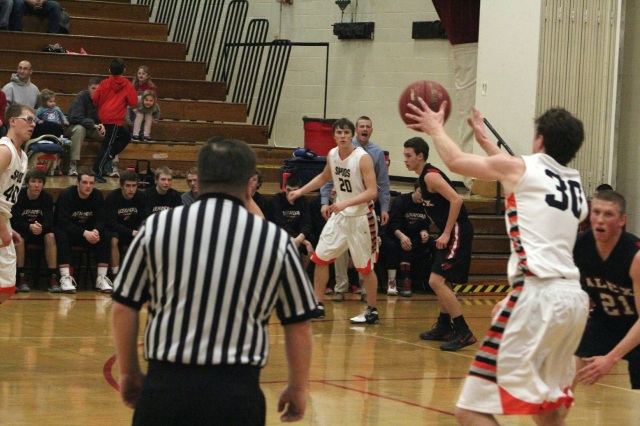 [Coach Forrest Witt in the background offering words of advice.] 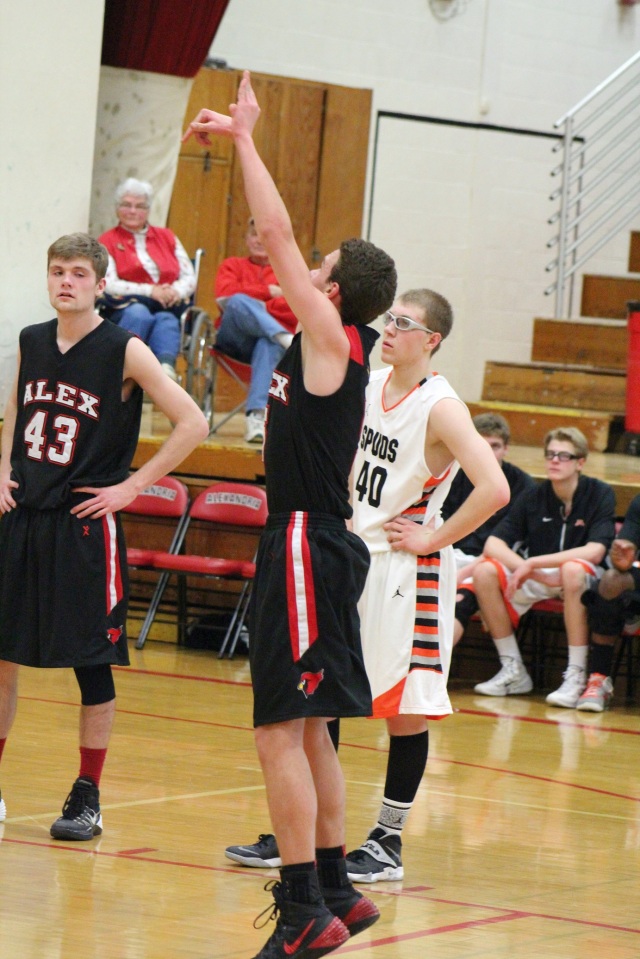 [But at the half, we were looking good.]

[At the half, the works of the students who will take care of us in the future were displayed.  🙂  ] 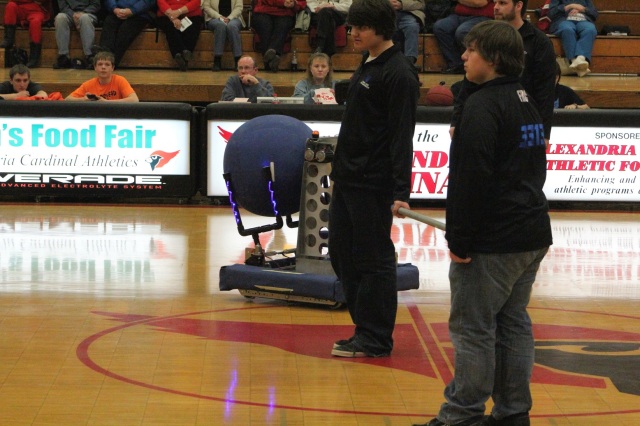 [I labeled this one “the Freddie Cox” (OK, dating myself there).  It traveled all over the gym kicking “field goals.”]

[The young lady in the pink pants was intent on fielding every “kick.”] 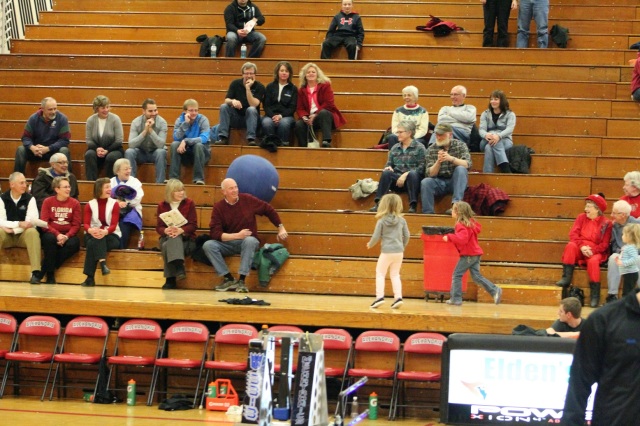 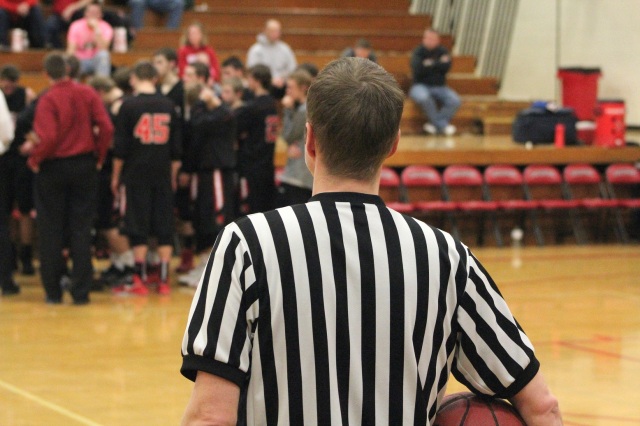 [This one’s for mom and dad, sitting to my immediate left.] 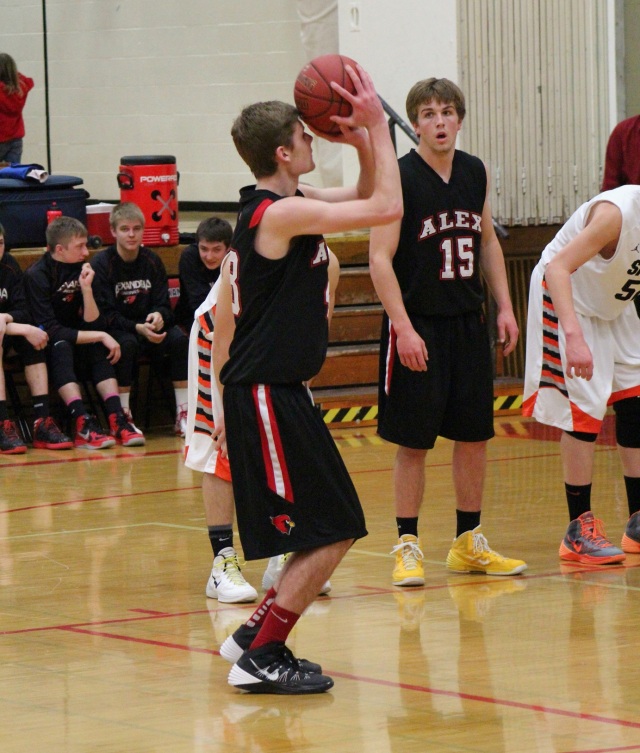 [Chase, though allegedly our center, seems to be mostly a 3-point shooter.  I bet he and Kendall have some good games of h-o-r-s-e.]

[This is what happened more and more at the end.  With mostly guards, we dribble a lot.  When you’re tired, you get stripped.]

p.s.  Did I mention that I’d recommend dietary supplements for the team consisting of bags of doughnuts washed down with pepperoni pizzas?   Oh, yeah, that’s my diet plan.  Never mind.

From the Cardinal Connection:The Alexandria Concert Choir was selected to perform in the 9th Annual ACDA of Minnesota/Concordia University-St. Paul Choral Arts Finale on Sunday, April 6, 2014.

Selection for this prestigious event includes all travel expenses provided, a $500 award, commemorative plaque, an opportunity to work with nationally renowned Choral Conductor, Dr. Geoffrey Boers (University of Washington), and an opportunity for our students to perform in the newly renovated Orchestra Hall in Minneapolis. The choir auditioned by sending a recording in early January. Six choirs from around the state were selected to participate in the festival.

[Lest you hadn’t heard, the most romantic restaurant in Minnesota.  Photo courtesy Echo Press.]