Hi, Did You Miss Us?

Well, we had Christmas . . . among other things.  We began by visiting Santa in Noblesville, Indiana, on Christmas Eve.  Of course we had to get there first.  And while that should be by armored personnel carrier, it was by automobile.  It is always dangerous to drive south from Minnesota at this time of year – you always hit the “gee, I never saw that black ice” zones.  We have had nightmare adventures between here and Indiana during the holidays.  And this year was no different (though we’ll save the “best” for last).  On the drive through Wisconsin on I-94 on Christmas Eve Eve, we averaged maybe 30 mph through the western half of the state.  On several occasions we came upon several of our fellow eastbound passengers looking back at us after they had “attempted” U-turns on an instate highway off the right-hand shoulder.  All seemed to be fine as they were tapping away on their cell phones.  We recognized several as those who had sped by us and about whom we remarked at the time, “We’ll see you ahead in the ditch!”  We were fortunate we had a 2-hour head start this year by spending the night at Cam and Karen’s in Mounds View.  Oh, the book on the left – I was finally able to find a copy of my biography.  🙂

[We eventually reached the kids’ place in Noblesville, where we discovered they have a Qumi.  We had never heard of one before because we aren’t techie, but it’s a projector TV that provides a 120″ high definition picture.]

[I decided to take Tom, Jami, Danny (and the photo taking supervisor) to the mall to show them . . .]

[The supervisor noted it only had a price tag slightly on the higher side of $109,000.  I’m thinking of getting a fleet.  But seriously folks, we went to see ‘Nebraska,” the Bruce Dern movie.  It was terrific.] 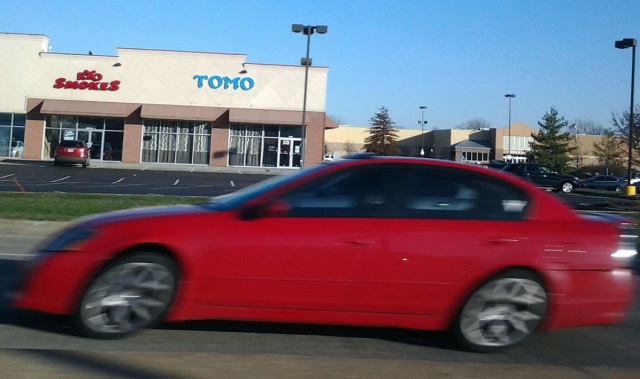 [On the way home, we motored by my famous Asian restaurant, TOMO!  😉  ] 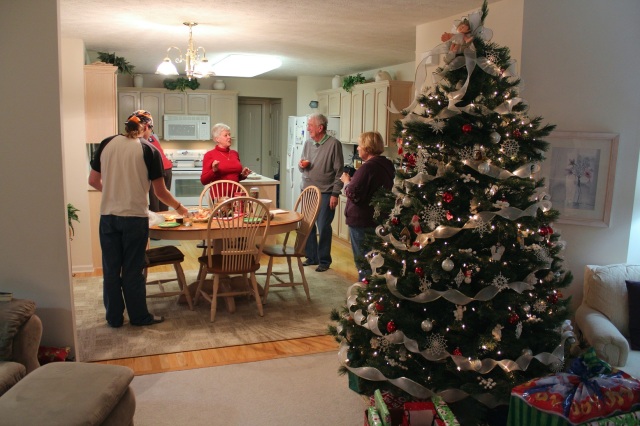 [The supervisor had so much fun Christmasing with her kids, Jami and Rob (who lives in Ohio).] 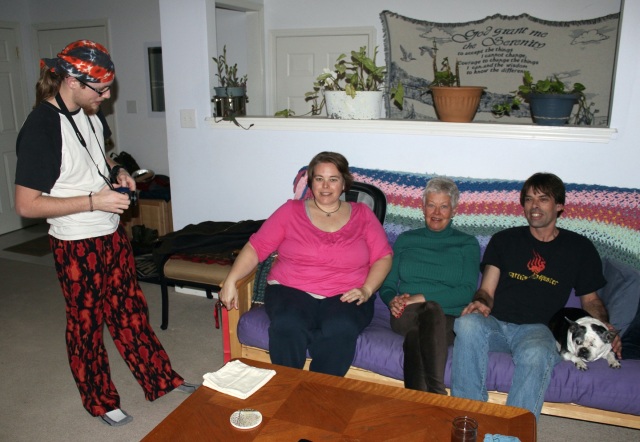 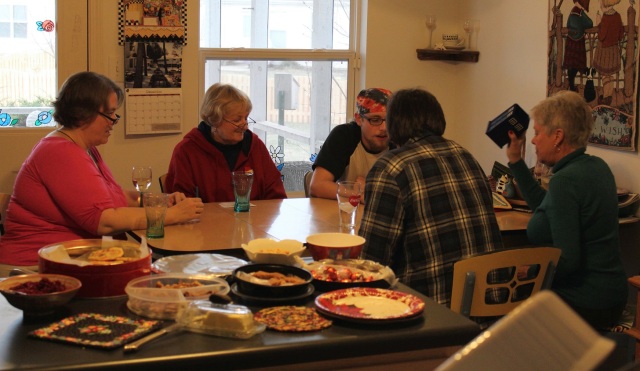 [Loon: n. a present from, and painted by, the supervisor.]

[Madison, Rob’s daughter – she’s getting elderly and only has one eye.] 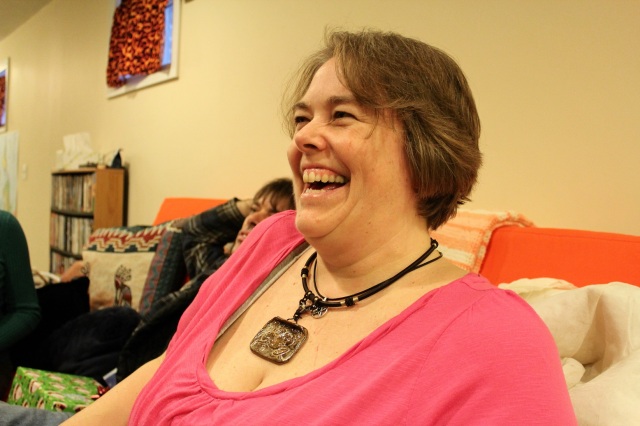 [The much needed replacement shirt.  Don’t ask me to explain it.]

[And The Bigger, Blacker Box was also beyond my comprehension.]

We spent a week with the kids, and the other grand folks, in Indiana.  That will be a subject of future posts as we visit the excitement that is Indy.  But this was also a conjunction trip.  The supervisor’s sister Rita had rented a house for two months in San Marcos, California, and wanted company.  We were delighted to take her up on the offer.  We spent two weeks out there.  That will also be the subject of future posts.  Now that I’ve whetted your appetites, maybe you’d better go wipe your chins.  Besides, it’s going to take a while to update the blog addressees.