This meet took place in Portland, Oregon, on Saturday, December 7.  It was cold!  This is the Heartland Region team – that would be us.  All photos herein were provided by Doug Hasz, who had a family relationship interest in the results.  😉  ]

[And here come Jenna (161), Bethany (163), and Megan (162) – if you run their jersey number backwards you would get the order of finish 1, 2, 3 in the Minnesota state meet.  Then Bethany and Megan went out and finished 1-2 in the Heartland Region meet (which, as I recall, includes Iowa, Wisconsin, the Dakotas, and Nebraska).] 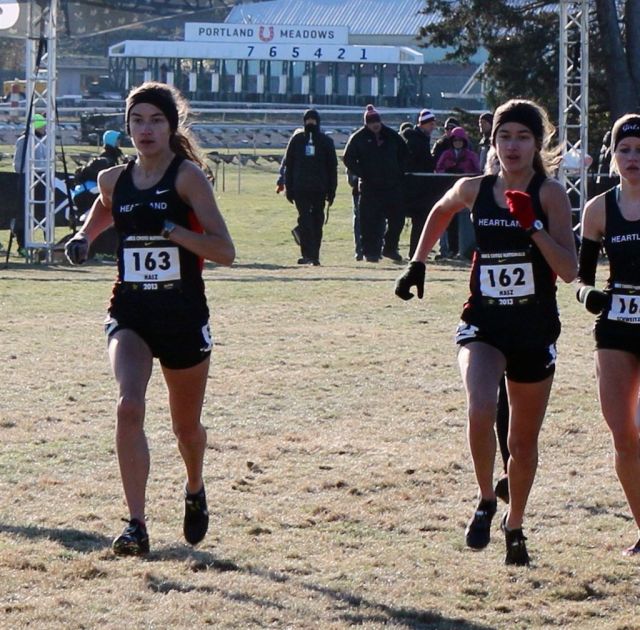 [Yea, sometimes I crop ’em for a closer-upper.] 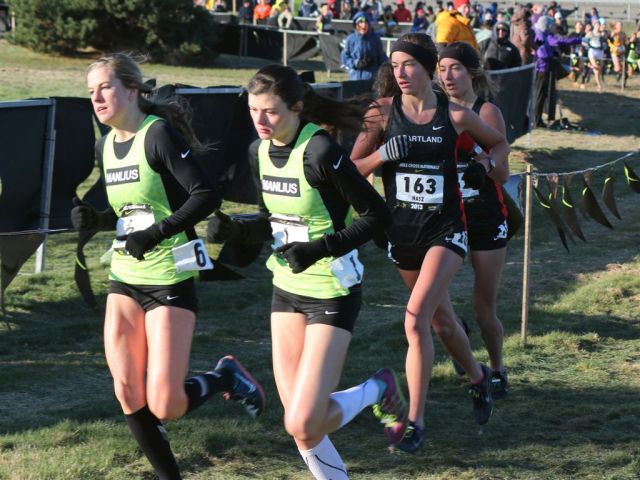 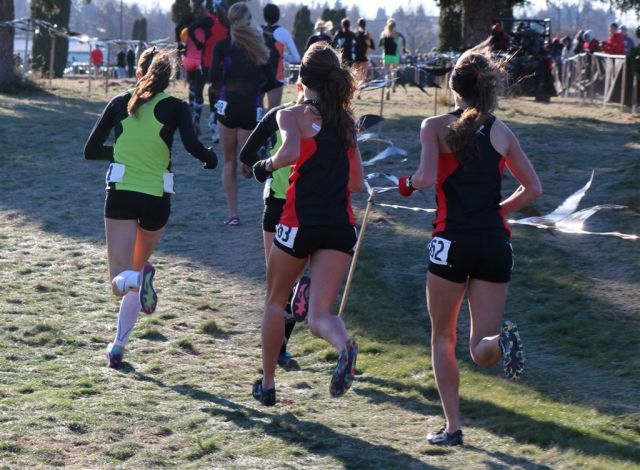 [Good shots, Doug.  You must have done some running yourself to get them?] 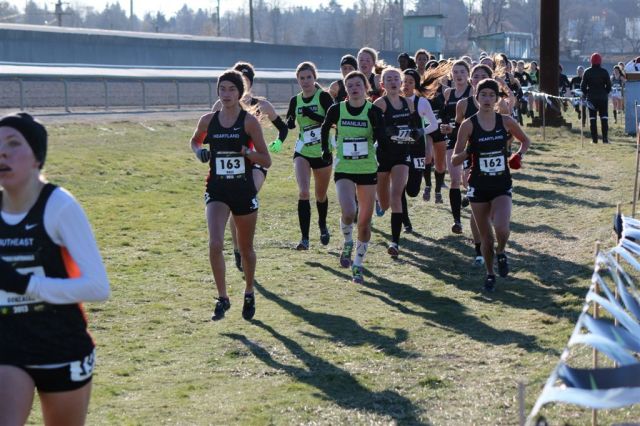 [Bethany and Megan usually jump out to the lead and hold it for the rest of the race.  They knew that was going to be tough in this race.] 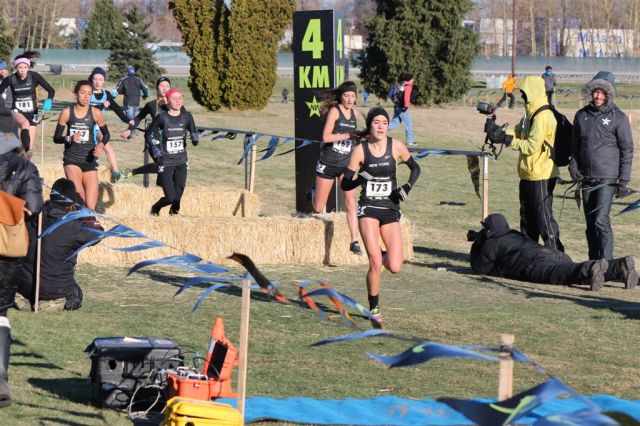 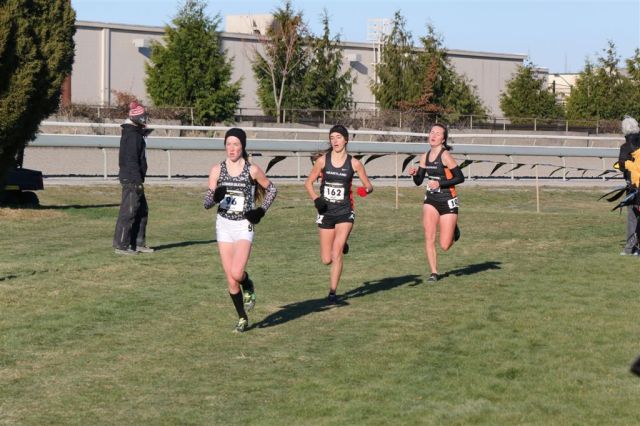 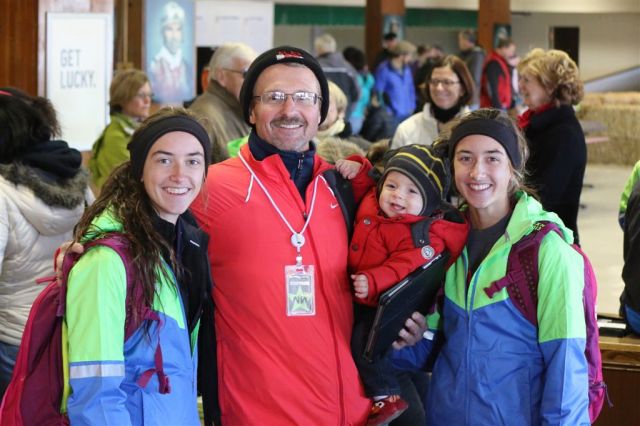 [With their proud coach, Mark Nelsen, who promised them he would be there if they made it!  🙂  Hopefully, Mark will have to come out of retirement for a couple more trips to Portland.  The girls are just sophomores.] 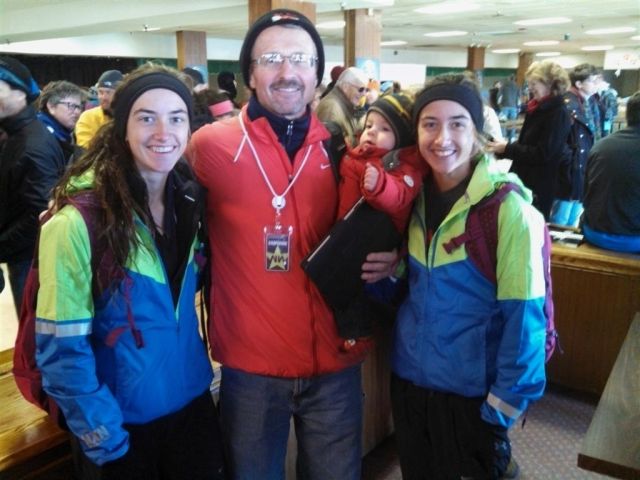 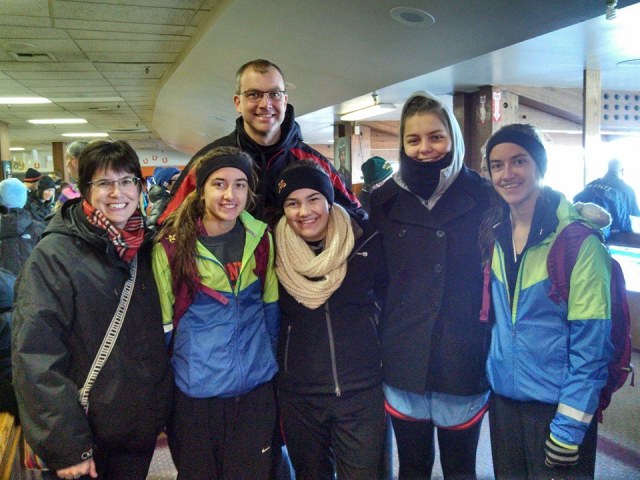 [Ok, let’s see if I get any of this right.  Mark’s daughter and grandson who came down from the state of Washingon for the meet?]

It somehow seems appropriate that the Minneapolis StarTribune today published the following column by Gail Rosenblum about female athletes:

Gail and I are close personal friends and communicate often by e-mail.  (OK, I made that first part up.  😉  )

Tuesday night was a banner night for Cardinal sports.  The girls and boys basketball and hockey teams all won!  The boys are undefeated in both sports and the girls b’ball team is also undefeated.  We have girls’ hockey tonight, I believe still waiting for them to get totally healthy.

Up next:  Let me guess, hockey?  (BTW, I remember I ran once.  Then I promised myself to never do it again!)