[Every morning was just lovely . . . I guess we could have gone for a final sail if we wanted to?  (Using “we” in the generic sense – you’re not getting me onto one of those things!]

[I guess I could take morning photos of our dock at home?] 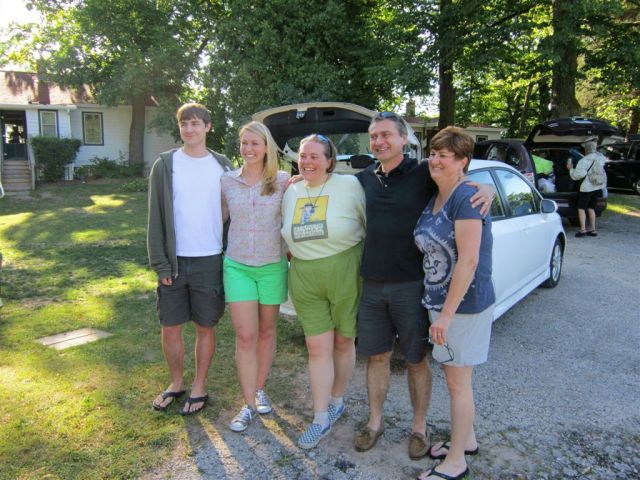 [So, we bid adieu to our camp friends for another year . . . Jami with the Van Kootens.]

[And Caitlin would join us for our trip back to Minneapolis.] 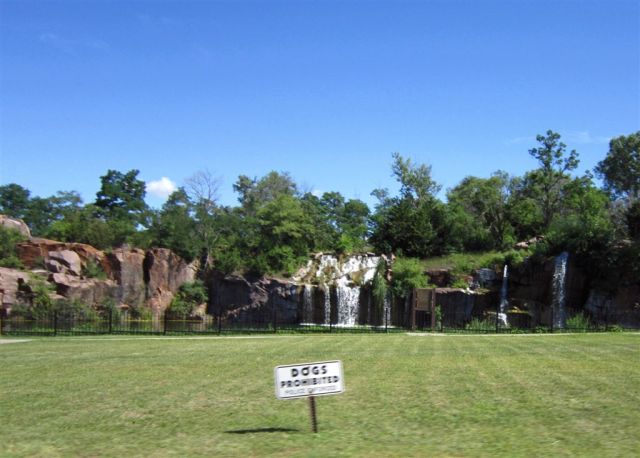 [On the way, we passed the waterfalls in Montello, Wisconsin.] 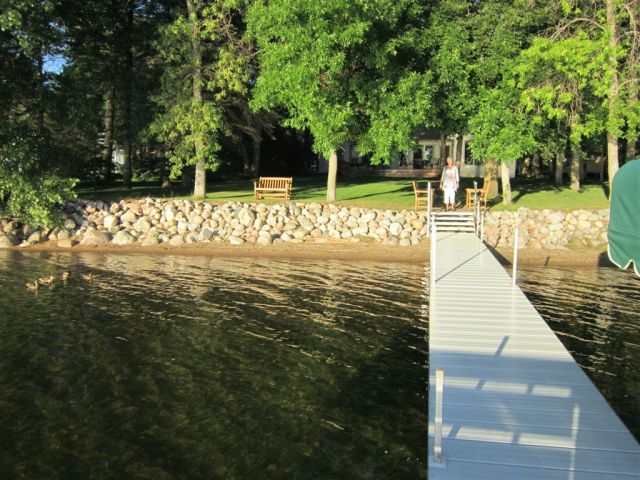 [We got home in time for dinner with friends on the other side of beautiful Lake Darling.]

[The duck family dropped by to give us welcome home greetings.]

[A distant relative on the other side of the dock?]

Thank you for camping with us!   See you again next year?