After breakfast, into the canoes!  Chris and Beth into one, DOM and me into another – new canoes for camp just this year.  We paddled around the lake, which takes about an hour, but didn’t quite make it off before the speedboats were allowed access.  We had to hang on for dear life a few times as we were hit by boat wake. 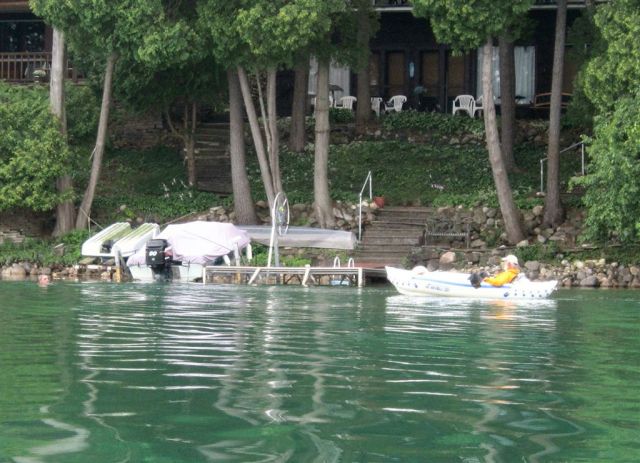 We paddled across a swimmer training for Ironman, going all the way around the lake in a wetsuit followed by a guy in a kayak.

The ginormous Osthoff complex is in the background.  But canoeing was a rude awakening for the two old men.  I had to wonder what happened to us . . . and when?  Getting in and out of a canoe was a much more complex project than actually canoeing – we can still do that!  🙂

Victorian Village – not a bad place to enjoy the lake.

Paddleboarders congregate on the far side of the lake – away from the prying eyes and ears of parents and other authority figures!  🙂

The noise and wave makers attack our heavenly bliss.

Let the games begin!  First up, cornhole!  My old canoe partner, DOM (the man in black) fires a bag at the offending hole on the other side of the pitch.  I decided to sit and watch this year . . . well, because someone had to keep an eye on the beer cooler.

David Dale, a noted portrait and landscape artist, tries his hand at horseshoes.  It was much easier this year because the shoes came detached from the horses.

The owner’s box, one step above the A-listers.  They got a roof!

Mrs. DOM in the cornhole tournament, taking on Rita.  Tom’s Voyager group wanders by in the background, showing not the slightest interest in the old people goings-on.

Rita fires back!  I have no idea who won?

Chris fires under the watchful gazes of Ed and Karina.

The supervisor launches one . . . and where it fell, nobody knows? 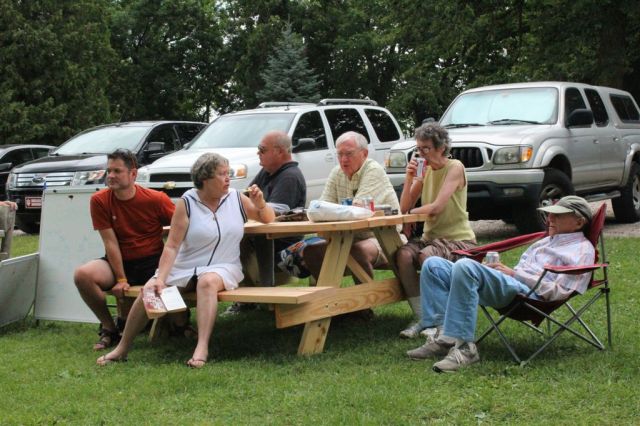 Now I think we all try to stand up?

Oh yeah, the supervisor made the finals!  Against two men! 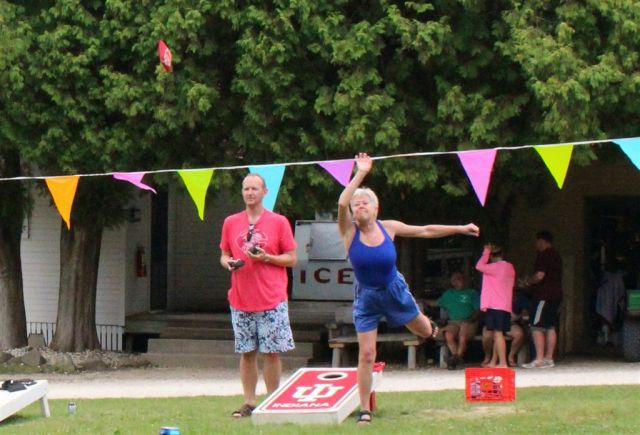 She thought they were “ringers!”  The final wasn’t pretty!  😦 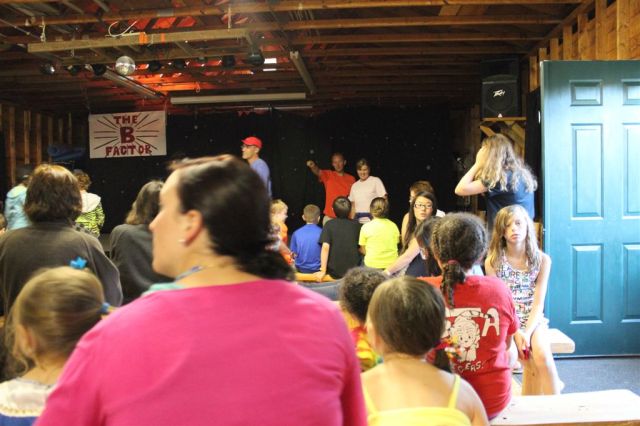 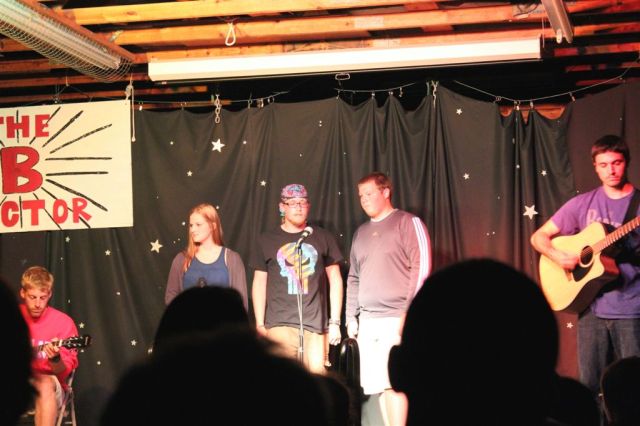 With a little help from his friends.

So now we’ll wrap up the evening with the first videos at camp.  Break out the popcorn, sit back, and enjoy the show:

Tom (up front) and the staff finale (stay with it until “Lean On Me”):

We may give you a short break from camp next!