The first morning, Beth and I are, as always, first ones down to the lake.  So, as is the tradition, I take her photo, sitting on the bench looking out on the sail boats.

The breakfast bell is rung at 8:00 – the first morning, with 120 campers, the line was out the door and across the patio!  I stayed in the Round House for a while longer, sipping my coffee.  As the week went on, that morning breakfast line got shorter and shorter . . . ha! 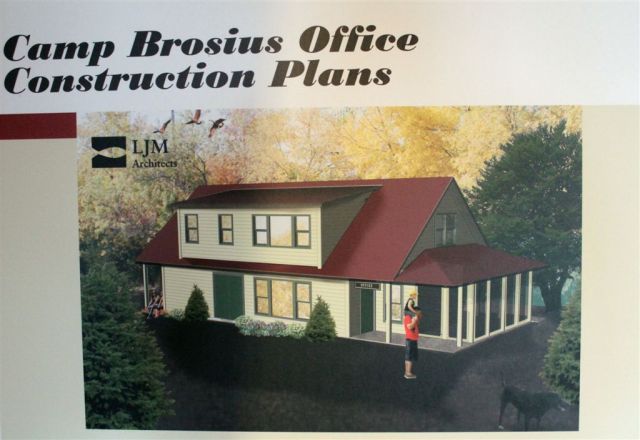 The camp office building is beyond repair – I think the original buildings are approaching a 100 years old.  So, as with all institutions, over time, it’s time for a fundraiser to replace the existing facility. 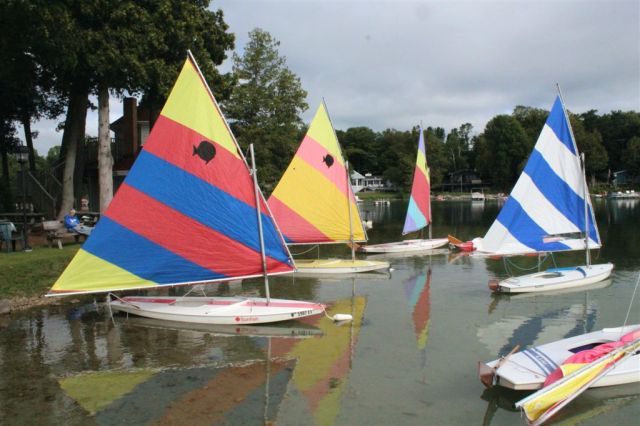 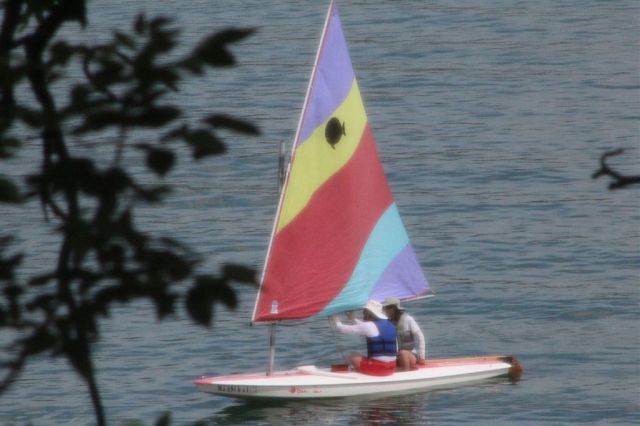 So let the camp games begin!!

So, guys, invite your lady friend for a ride – it appears Katie (about to enter 6th grade) has latched on to one of the three Normile brothers here. 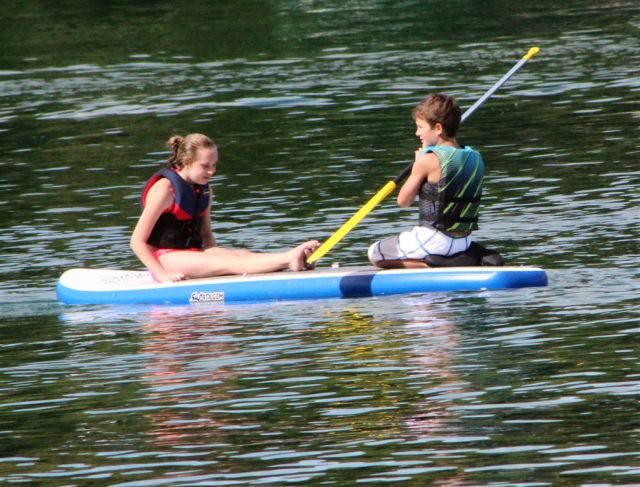 It was International Night at camp this year . . .

Somehow the supervisor remembered, and knew where to find them (?), this attire I had purchased in Okinawa some 40 years ago and had kept in a storage bin ever since. 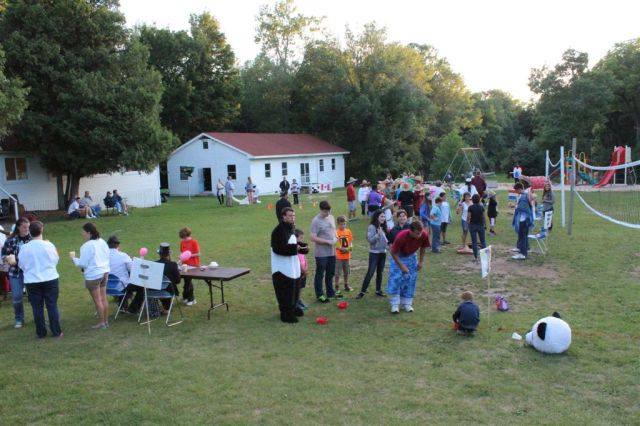 General milling about among the people of the world . . .

Since nobody brought passports, there was some concern about the legality of all this!

But then the “administration” stepped in to try to document events in case a future defense was necessary . . . 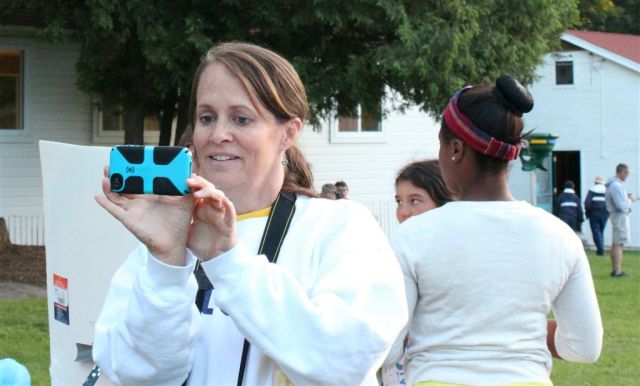 Either that or Laura was just simply bemused . . .

Some times it’s best to just close your eyes to everything . . . 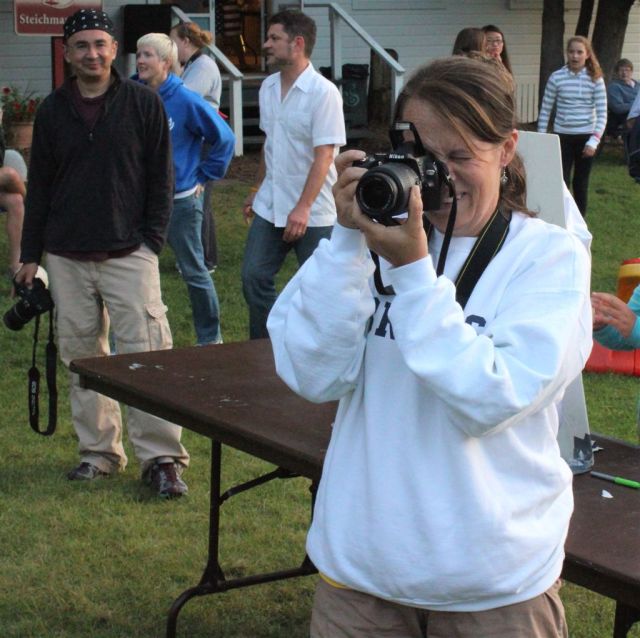 Or break out the professional camera for your own protection. 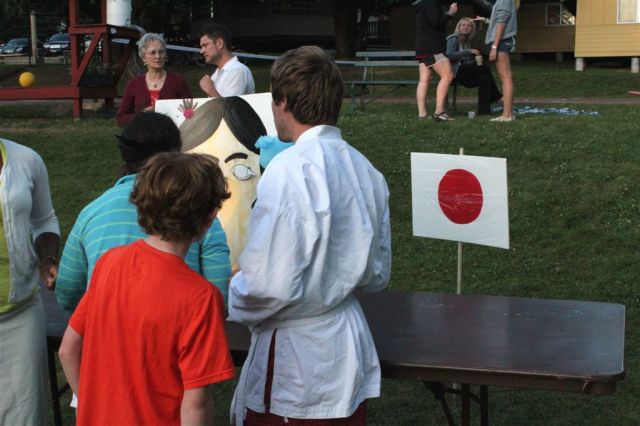 The supervisor and I found our “homeland.”

The kids found another “Tye-lander!”: 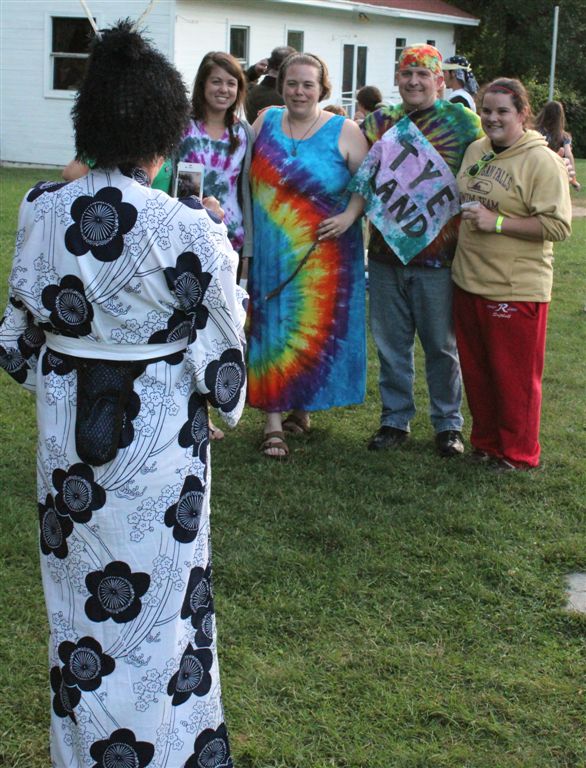 The supervisor as photographer. 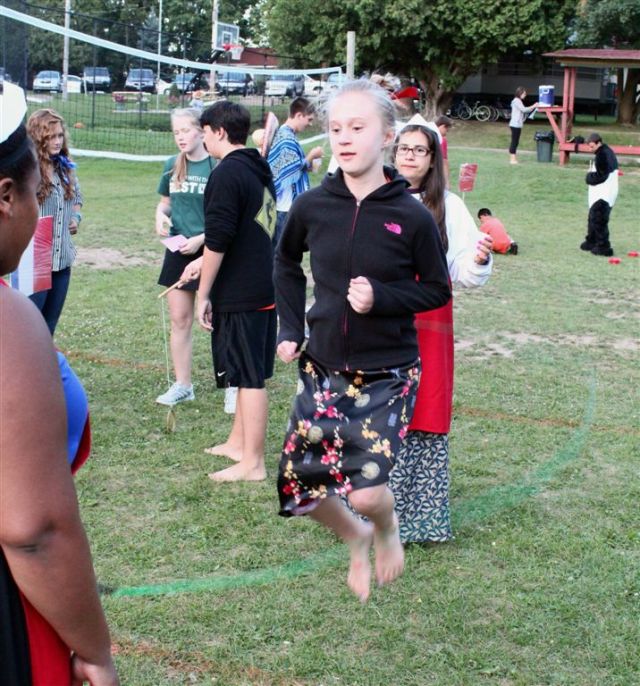 She said she loves sports and plays everything!  🙂

The rest of Rita’s Mexican “family.” 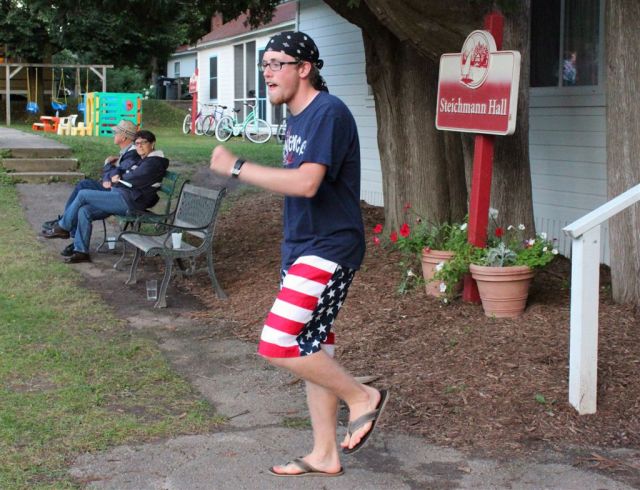 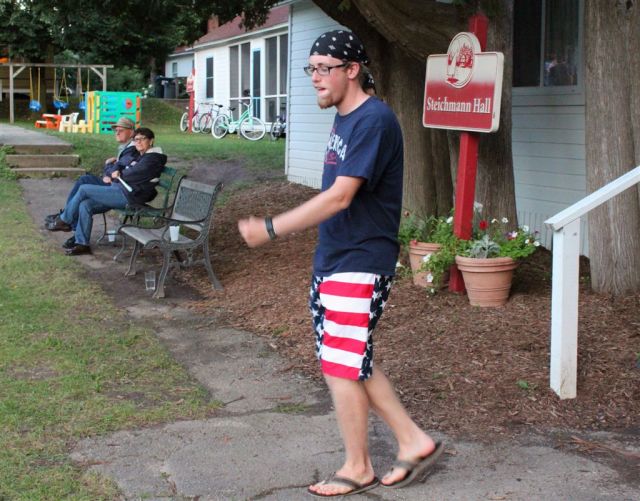 Not bad for someone who’s at least a quarter Norwegian!  😉

Then it was time for the re-scheduled camp fire.  It got rained out the first night.

To watch Tom (on the left with the torch) come in as one of the braves of Elkhart Lake lore.

The history of Elkhart Lake is read . . . 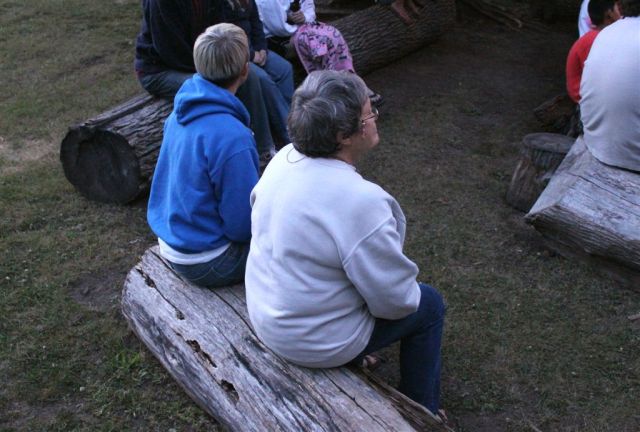 The supervisor begins to ponder the arrival of mosquitos? 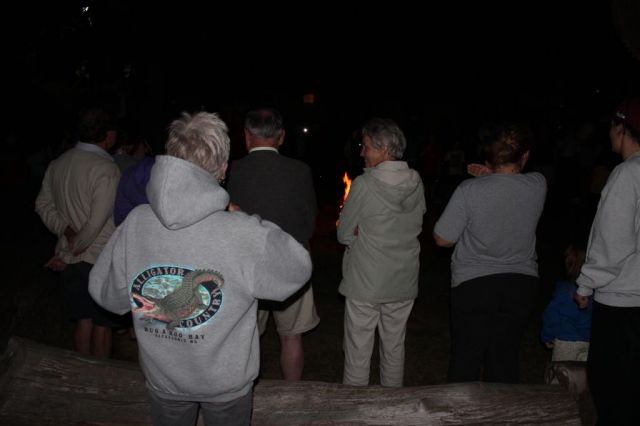 The supervisor’s comfy in her Bug-A-Boo Bay sweatshirt . . .

Tom gives a thumbs-up from the totem pole!

And now it’s time for bed!