“We live in Minnesota because we love it, because we embrace the change of seasons, and not everyone can do that,” Swarthout said. “By us doing this every year, we’re proving to the rest that we’re tough by doing something that they choose not to. It’s an accomplishment — not becoming a complete basket case.”  (From a Kim Ode column in the StarTribune, March 6.) 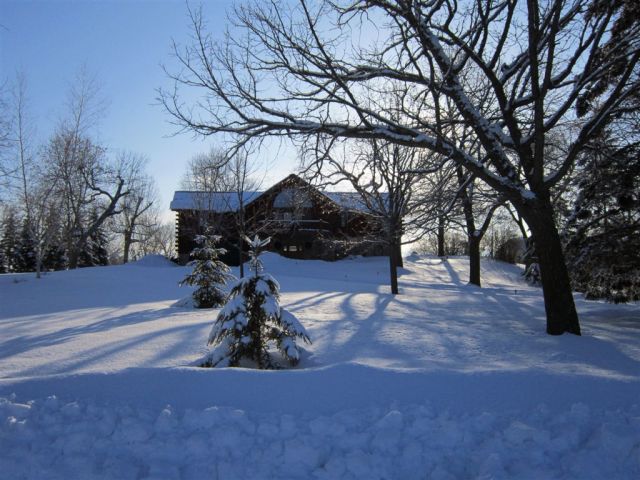 As we were yet again pummeled by another weekend storm, we were also reminded of the vicissitudes of winter.  I have no idea what “vicissitudes” means.  I just wanted to use it in a sentence.  But we were reminded – radio, TV, newspaper? – that last year at this time we had had (the dreaded double “hads”) three 60-degree days, and on March 17, we hit 80!  Last year the golf course opened on March 22, meaning the driving range had been open at least a week earlier than that (the dreaded “than that”).  This year on March 17, it looks like we’ll be lucky to break freezing.  At least we have St. Paddy’s Day with Skilly & Duff at the AAAA that day! 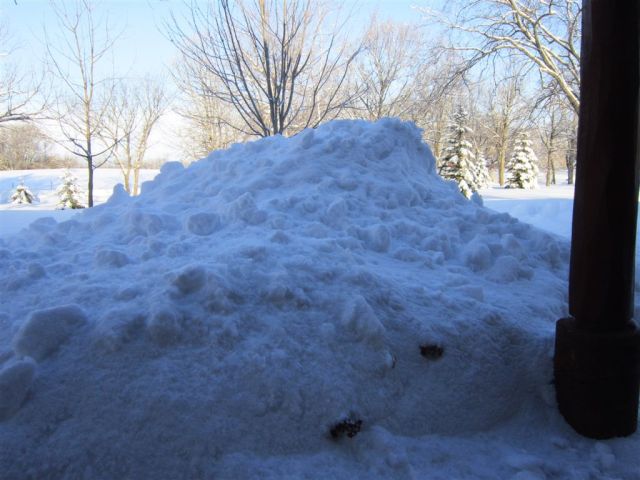 As noted in the previous story on the girls’ basketball section finals, the supervisor and I barely made it home before the storm Friday night.  Then we spent another weekend gazing out from within at the wonders nature had wrought.  No where to go – everything was closed.  The boys’ scheduled Saturday night basketball games were all postponed until tonight.  We ventured out onto the garage slab late Saturday afternoon to begin the latest dig out.  A wet, heavy snow piled on top of glaze ice.  This morning, like a draught horse, I dragged the garbage and recycling cans down the length of the driveway, in the dark, through waist deep snow (well, it would have been had I fallen), uphill bothways, with a large walking stick to fend off the bears.  Then I went to the ‘Y’ for the usual morning constitutional with the Fat Boys Walking Club.  My first attempt at “landing” in the ‘Y’ parking lot failed – one foot out the car door alit upon a surface so slippery that the other foot out the door would have rendered me into a lifeless mass of arms and legs akimbo.  I drove (i.e., crept) around the parking warning other arriving exercisers to be afraid, be very afraid! 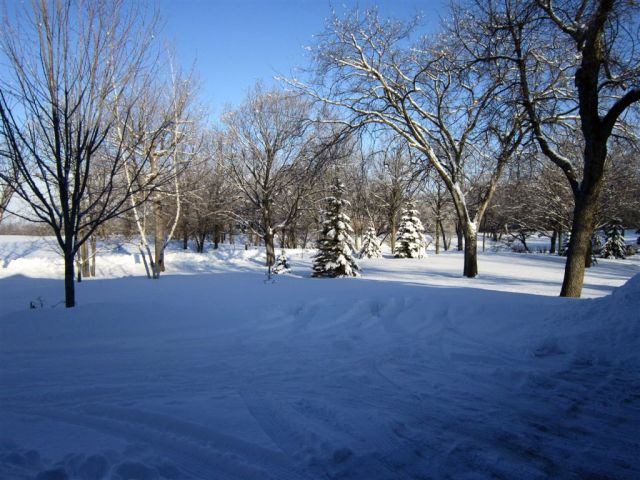 But the season has its virtues.  The drive home, in bright sunlight, once again delivered a winter wonderland.  I recovered the garbage cans, grabbed a camera, and ice-walked a bit around the neighborhood. 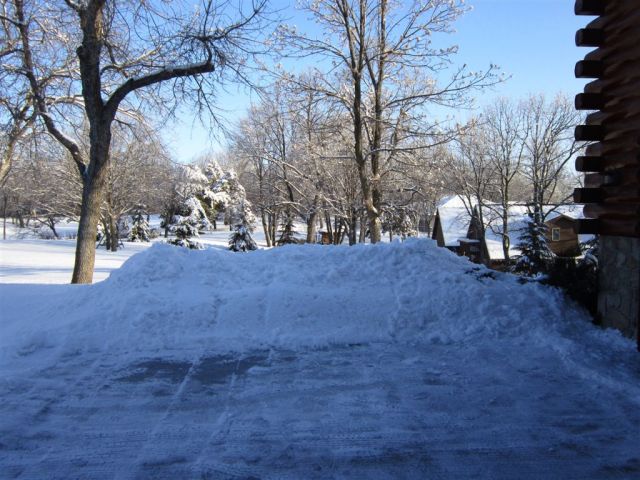 [The Northside shovel piles are starting to approach the altitudes reached two years ago.] 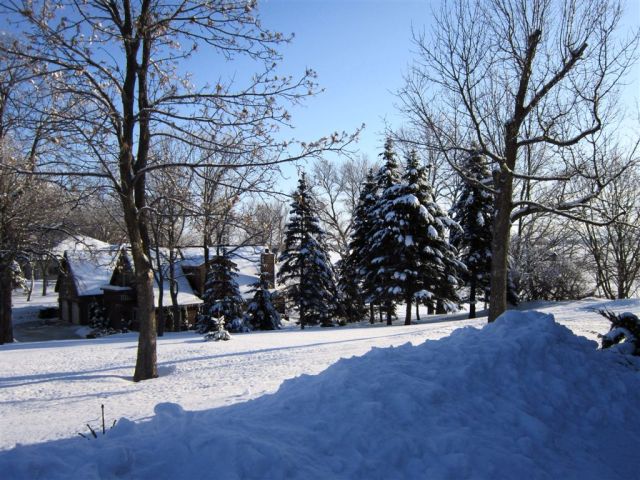 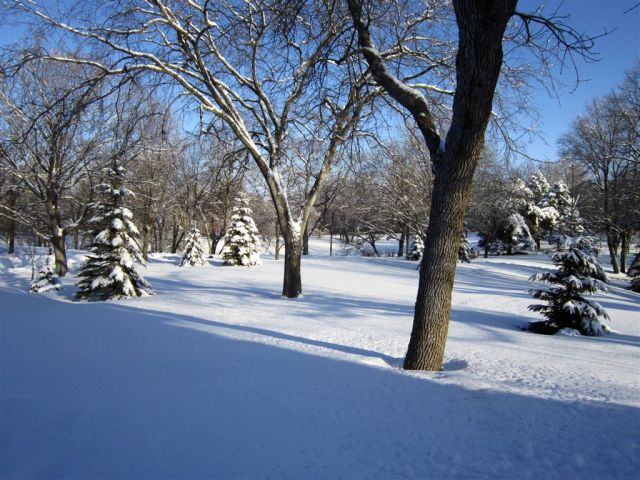 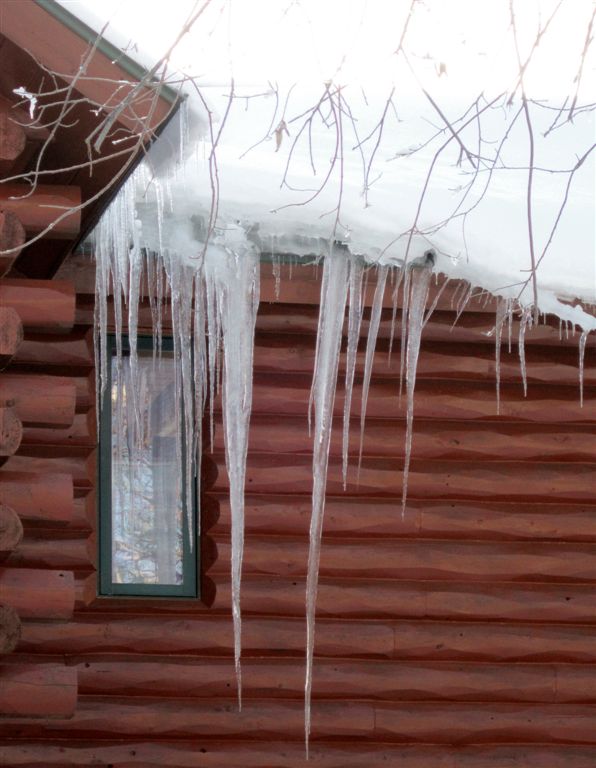 [I’m thinking about harvesting these bad boys and holding a jousting contest.  They’re both over 8-feet long!] 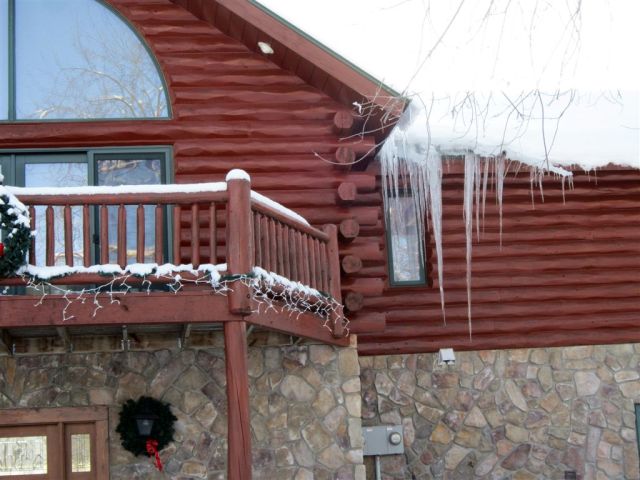 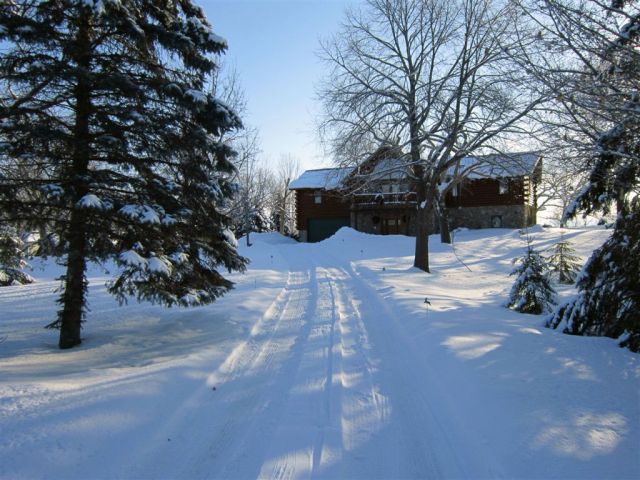 [The hard slog with the cans!] 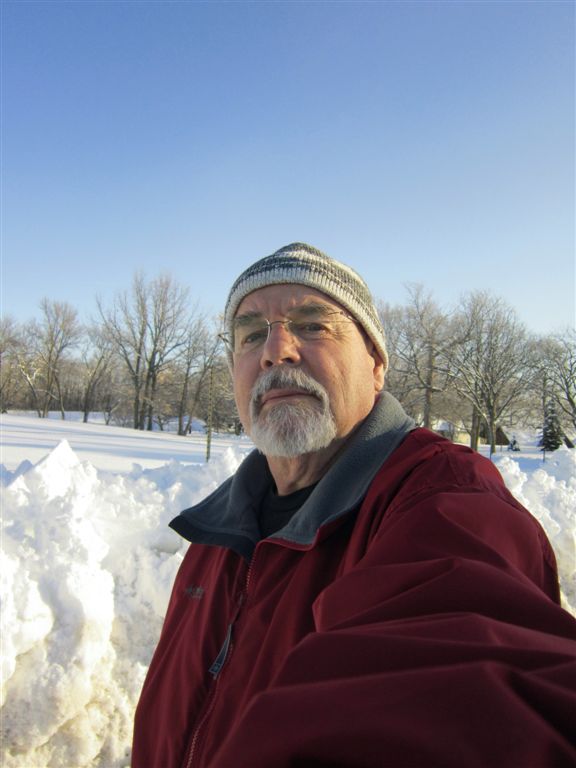 [Bad angle – I was trying to provide perspective on the size of snowplow pile along our escape route to the rest of the world.] 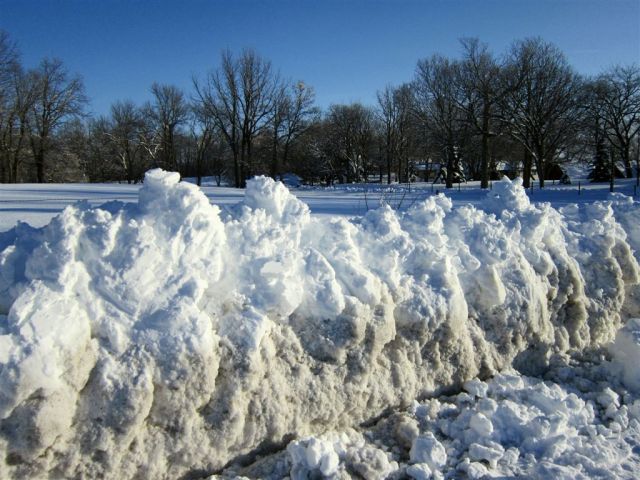 [Here it is sans perspective.] 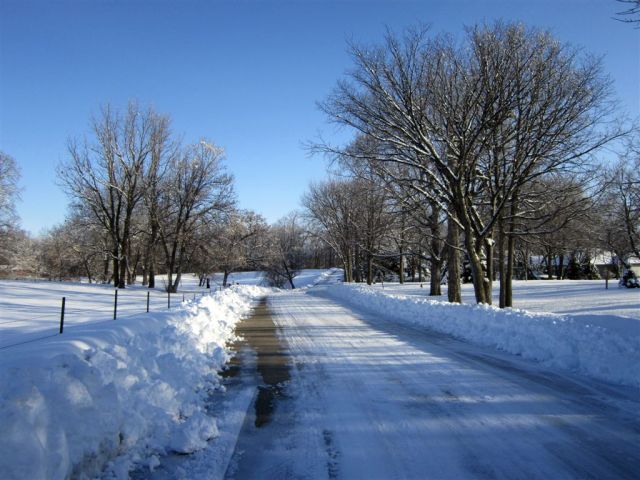 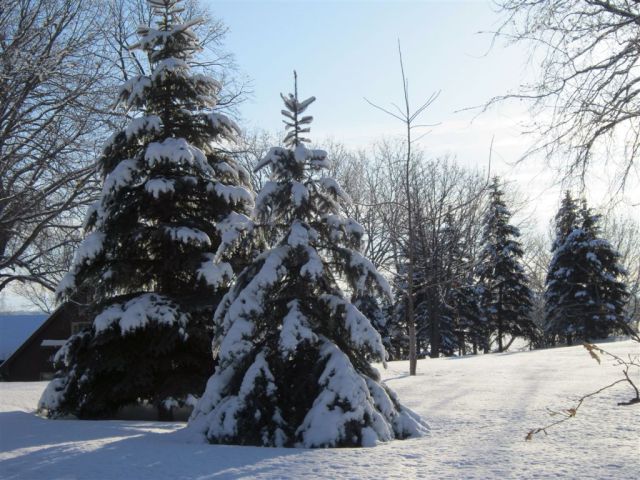 [Evergreens have been bearing a burden.] 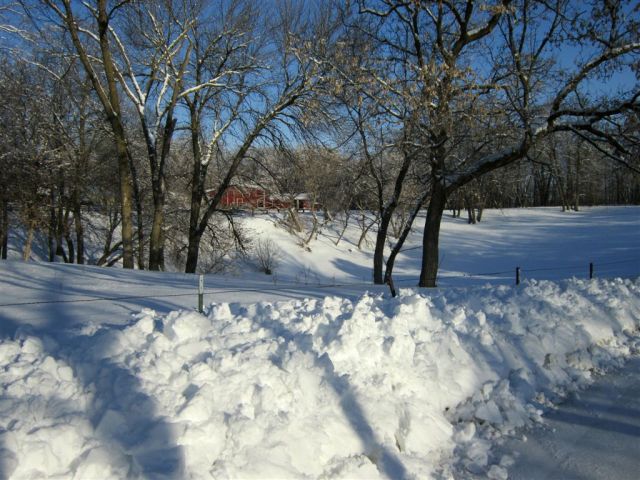 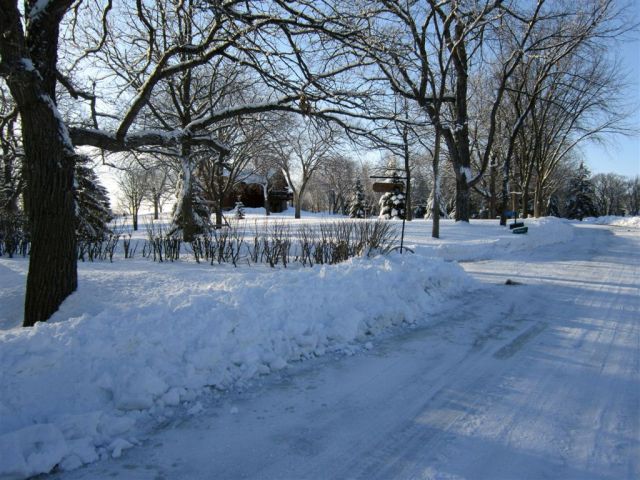 [I decided it best to turn back to home – I was ice-walking (feet wide apart, sliding feet) along the road.] 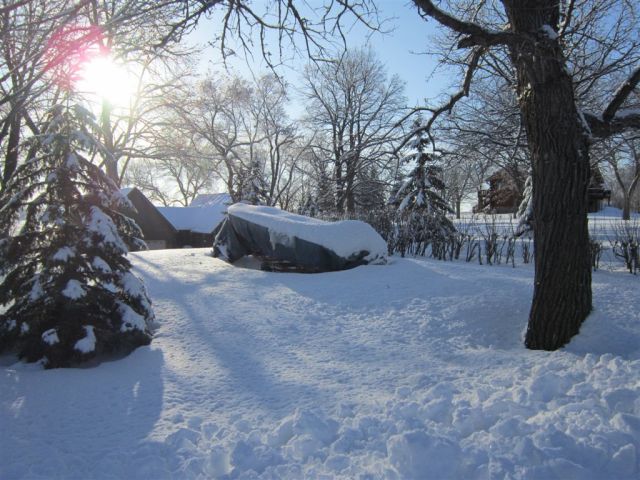 [‘Dangerous” Dan’s fishing boat.  We don’t use them in the winter.] 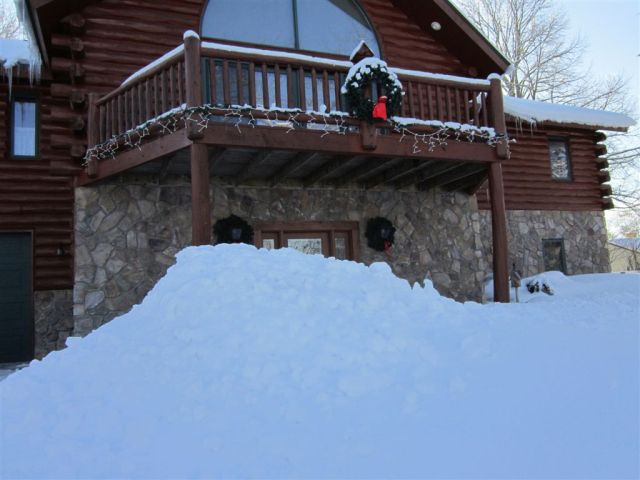 [Back to the front door – it’s back there somewhere.] 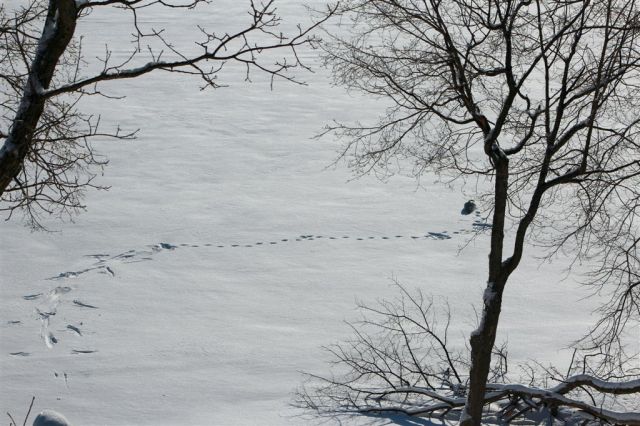 [Winter has its hazards.  We do not know if this Canada goose succumbed to the weather – or whether it was old or sick or injured.  Ruthie noticed it out on the lake yesterday afternoon – as it was still there this morning, was assumed it had ceased functioning as a living organism.  You can see in the snow where it had made obvious unsuccessful efforts to get airborne, and then just continued walking to its “final” destination.] 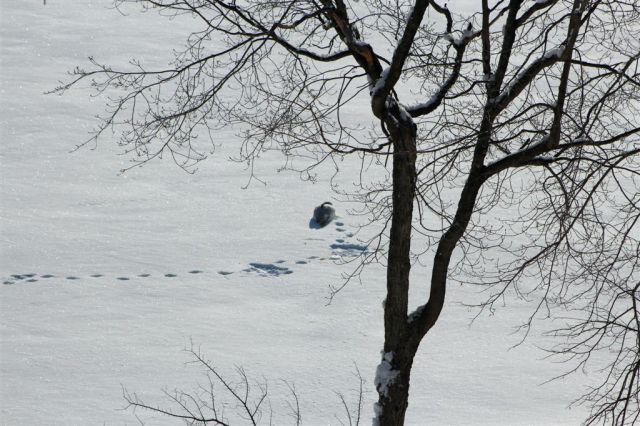 [We have since noticed, however, that it is no longer there?  There are no foot prints of a land-based predator out there – and we have to believe the bird would be too heavy for a fly away by an eagle?  So, it’s a mystery.] 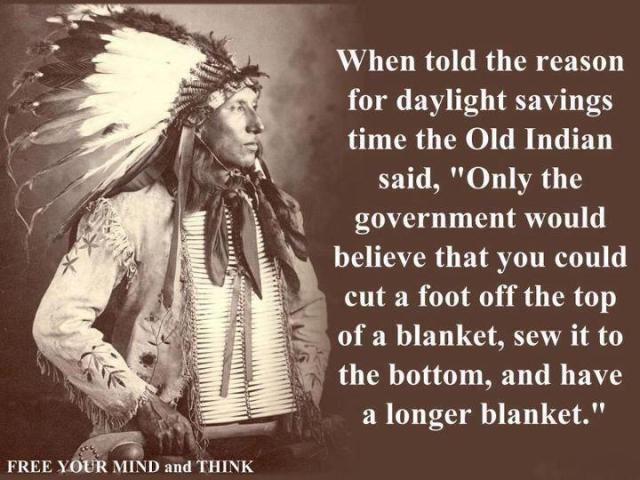 To the fan base eagerly anticipating the East coast trip pictures . . . well, first a nap.

p.s.  The supervisor did our taxes over the weekend.  She hadn’t done them in over 12 years, so she just wanted to take a crack at it again (I guess it had always been designated as my job?).  And since we were homebound, why not?  You will all be delighted to hear that the Obert family is doing our part to keep our federal and state governments solvent!

p.p.s.  Because we were there at the time, we thought it’d be fun to listen to Dave and Bob’s broadcast of the girls’ basketball game.  The re-broadcast lasted until there was about 2 minutes left in the game – and then it cut off??  I sent the guys an e-mail wondering if someone got too excited at the time and hit the wrong button?