[Actually, the supervisor’s heat shield did withstand re-entry.  However, she was out of the car before it came to a complete stop and was mowing the lawn before I had completed downloading the luggage.] 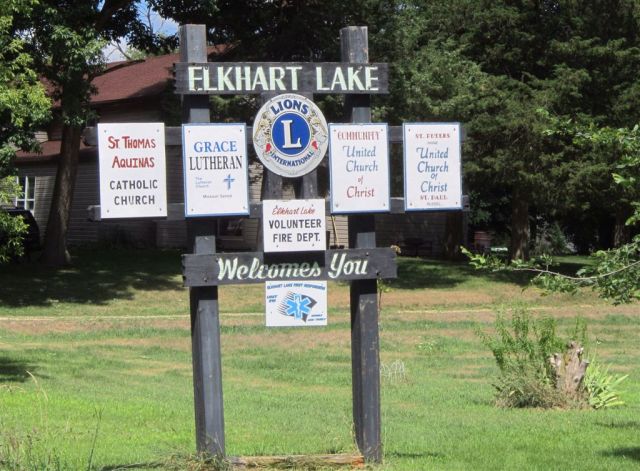 We’re home from camp now (see previous post).  Now it’s time to get back to work – or in this instance, blog what just happened.  We had a lovely week with family and friends – and I didn’t even suffer that much from the lack of A/C.  There were really only a couple of afternoons where I felt like I needed another shower shortly after just completing one!  So, for as long as it takes, this post, and probably a couple more, will highlight our week.  And, yes, I realize these will be mostly for those family and friends.

Breaking News:  In keeping with the main blog subject matter, for Cardinal fans I can report that on my first day back with the Fat Boys Walking Club at the Y this morning, “Weakie” Annen and I, the original Super Fans, came face-to-face with none other than “The Abster.”  Abby Williams and mom Martha were there for their morning workout so we had a few minutes to talk about her upcoming final hockey season with Bemidji State. 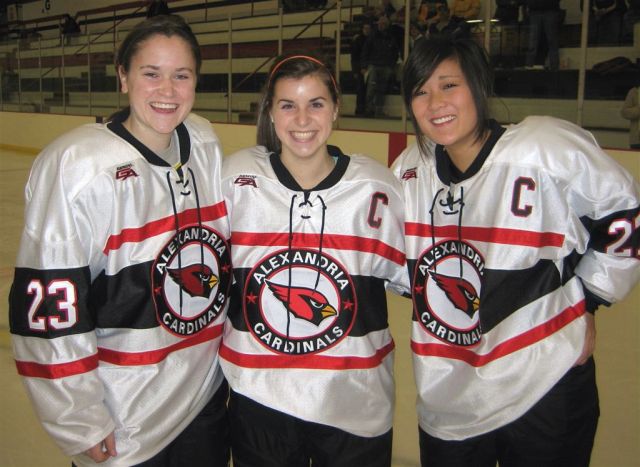 [The Line.  The last we heard was Michelle was at Wisconsin, River Falls; Abby; and Kat was at St. Cloud State.  Ashley has probably graduated from North Dakota – and on to medical school? But it gets hard to keep track after they leave the nest.]

[Women’s boxing may have just made its Olympic debut, but here is the original 1-2 punch!]

[And now Danielle “Roadblock” has graduated from Gustavus and has moved on to . . . New Zealand!]

[We told Abby we hope to make a couple of road trips to Bemidji this fall to see her play – hopefully to coincide when the kids are here to check on their property (about 30 miles west of Bemidji).] 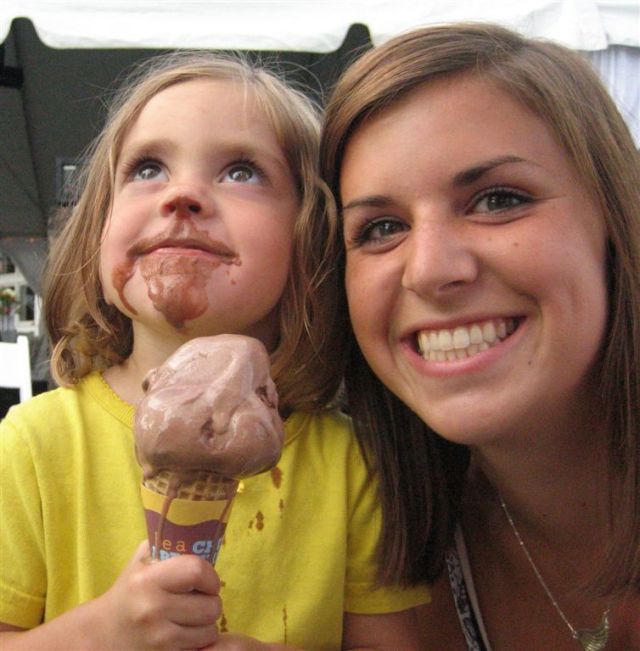 [We were greeted by a turkey family upon entry into town.]

[We were actually a day early for camp, but that was part of the supervisor’s master plan.  We would spend our first night downtown – at Siebken’s, a classic 100-year old inn.]

[The supervisor checks in – this was no routine matter.  We had our usual difficulties in trying to figure out where we were suppose to go.  Siebken’s is now a series of buildings and we kept driving around the block, down alleys, looking for “the front door.”] 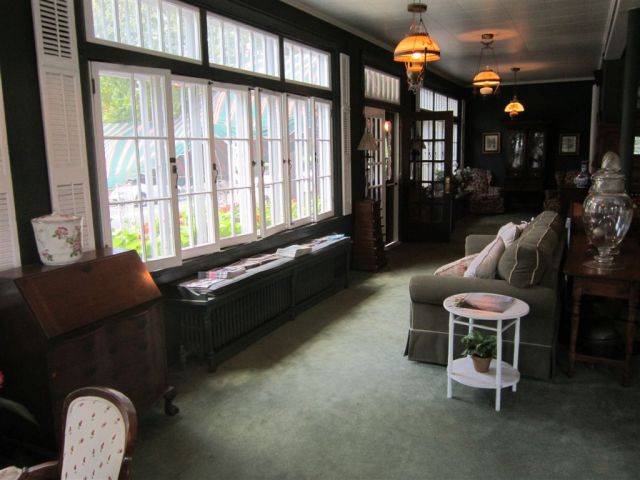 [Back outside the office – now where do we go?] 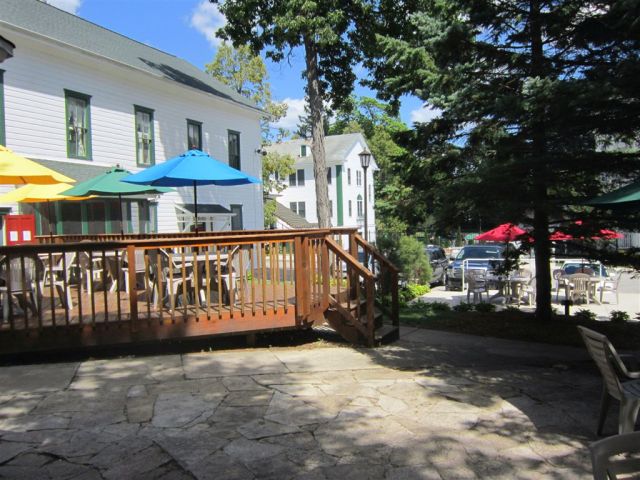 [Or here?  We were lost again!  We parked at a yellow-lined intersection, put the flashers on, and began carrying luggage up some tall stairs on the building on the left.  People sitting outside asked if we were looking for the office (an ominous question).  We said no, we were just taking our luggage up to our room.  They told us we were going into the gift shop.  Oy!  We were actually suppose to go to the building in the left background.]

[Then we wandered down the street seeking sustenance and happened upon the Midwest Acoustic Music Festival (see previous post).] 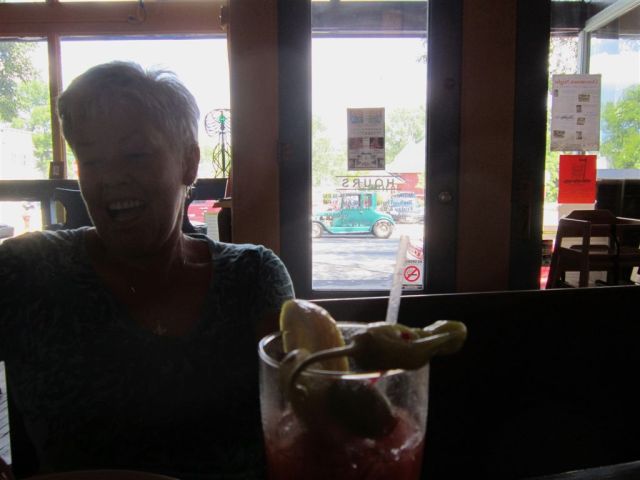 [So we ambled into the Lake City Cafe – Elkhart Lake (home of Road America) is such that visitors are either driving high end roadsters . . . or the like across the street.  🙂  The supervisor’s review of her Bloody Mary prompted others to try them on a later visit.]

[The supervisor liked it too!]

[The beach at the Osthoff, the huge next door resort.] 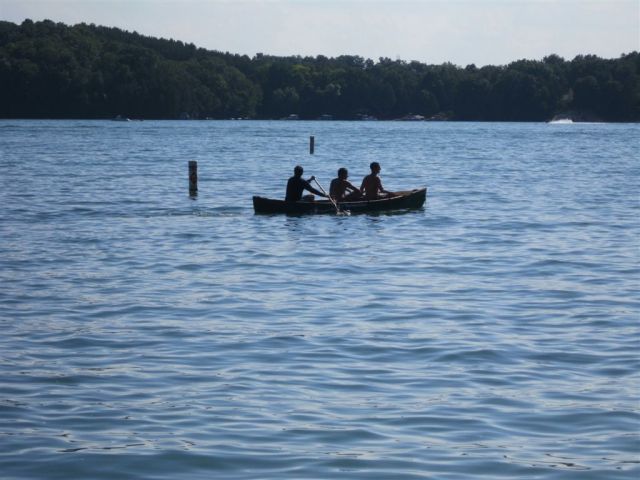 [From Siebken’s dock shooting back at the Osthoff.] 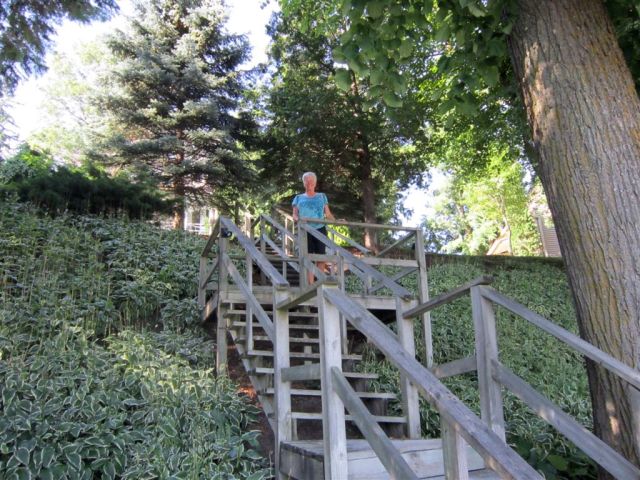 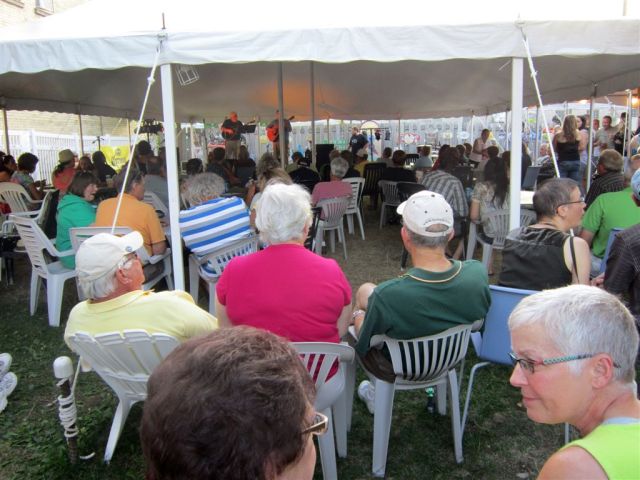 [Local “product” on the fence.  The supervisor did try Spotted Cow.  I was too embarrassed to ask for Totally Naked.] 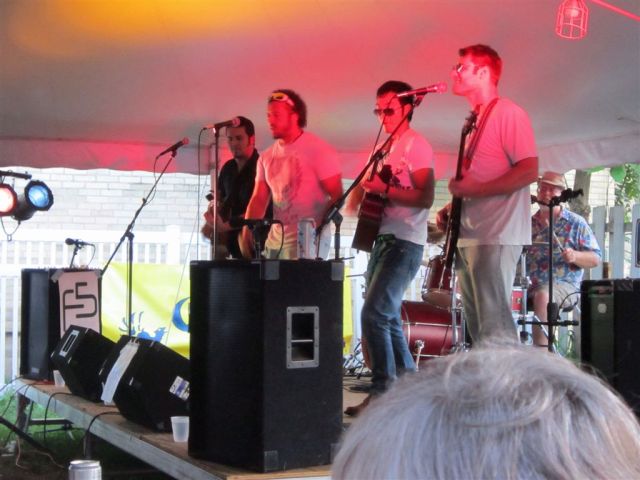 [Chelsea Z followed Benson Klemme – her we like a lot.] 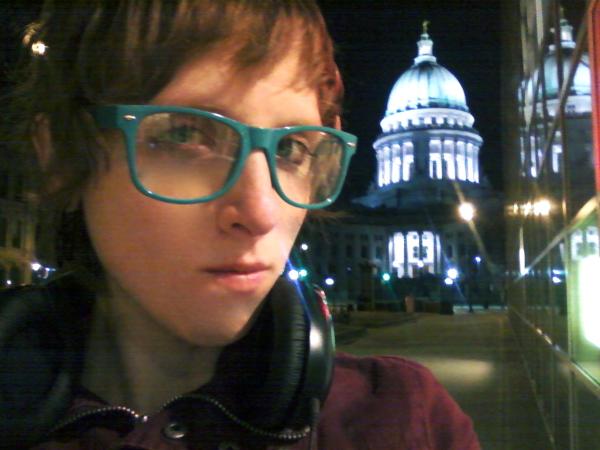 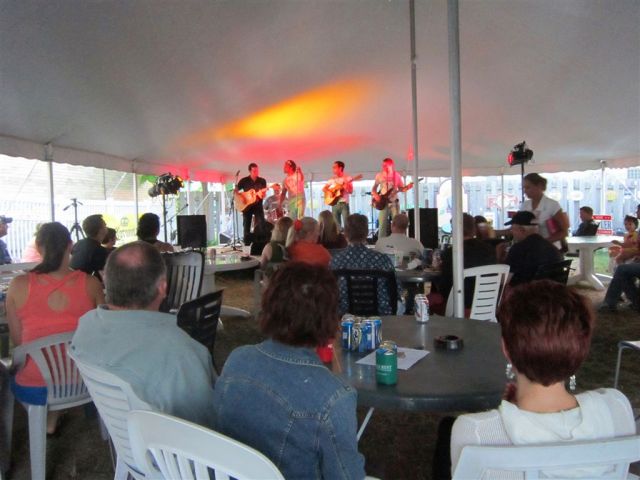 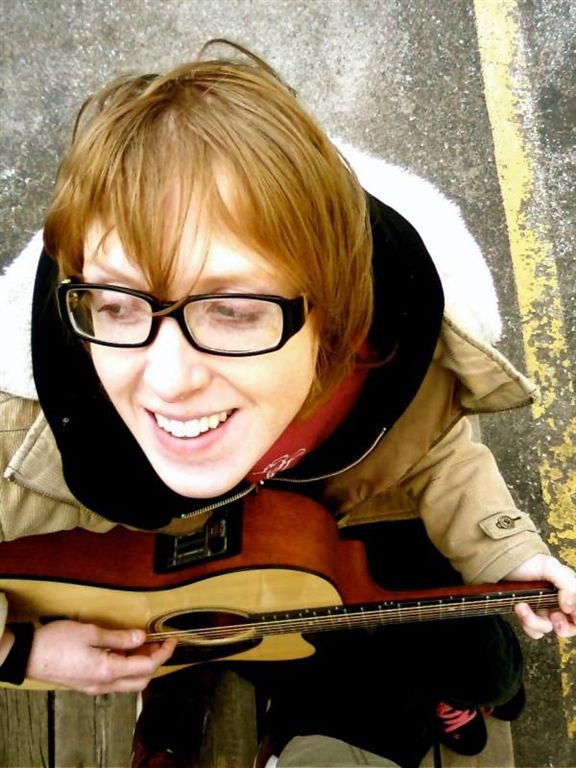 [I took this Chelsea Z photo.  I did not take the other two.]

[Again, the most important sign you will find anywhere.]

[Because of continuing problems associated with the aging process, we totally forgot to return here the following night for a music . . . of a type I have now also forgotten.]

[Morning walk beginning at the Osthoff.] 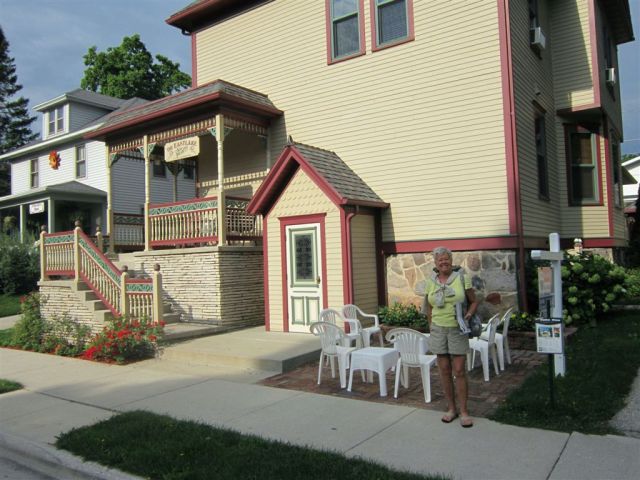 [Hey, we did find the way back to our room!]

[Artsy shot of the supervisor – shopping.]

[Arrival at Camp Brosius – this is our cottage, Rappaport.  Major renovations since last year.  Woo-woo!]

[The center of our universe for the week.] 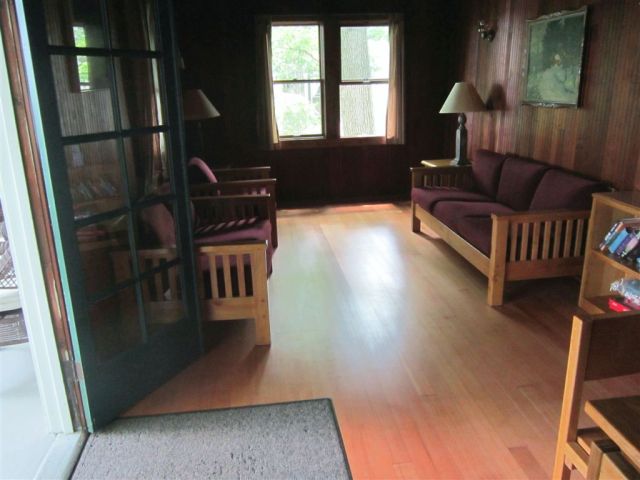 [And this is our new sink.] 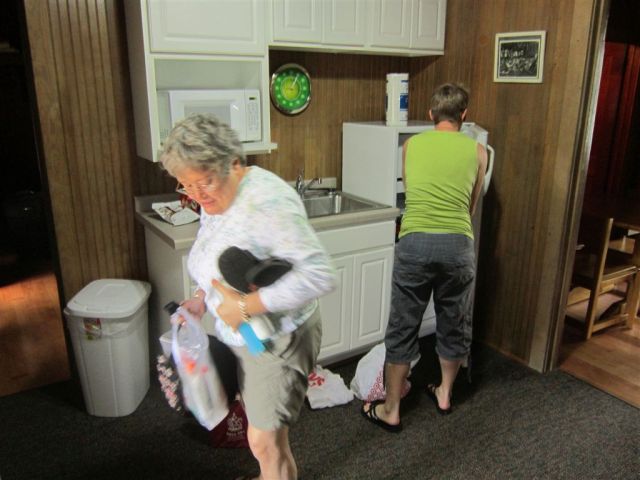 [This is my same sister-in-law and niece, but the kitchen appliances are new.] 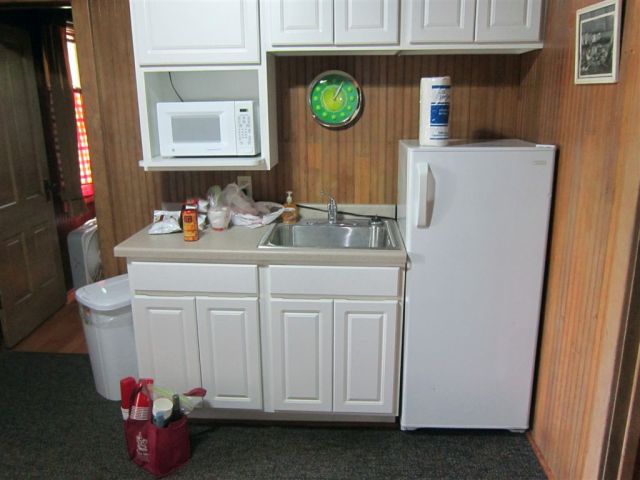 [New railings and stairs to the neighboring Annex, where we have stayed in the past.  Host to gabfests and euchre tournaments.]

[From the Annex shooting back to our Rappaport cottage.]

[Our first view of Elkhart Lake through the trees.]

[Student staffers greet the week’s guests as they arrive.]

[The Annex stampede for dinner the first night.  We feel right at home here – we have 76 steps down to beautiful Lake Darling; at camp we have 74 steps down to Elkhart Lake!  Oy, the stairs, THE STAIRS!]

[At lake level, guests are greeted by and introduced to staff on the patio by the dining hall.]

Congratulations.  You have just completed Day One!