I Can See Music

When was the last time you jumped? ~ The Editor

This officially piggybacks on the previous post whereas on the very same night the Red Willow Arts Coalition (RWAC) was presenting Skilly & Duff, probably the longest running music affiliation for the supervisor and me since returning to God’s country.  It was also a chance to see Bruce Kelly for the first time since his “health incident” – he looks and feels fine, didn’t sound bad either.  It was finally a beautiful day – I was able to walk the golf course for the first time this month (and played as well as I can, thank you very much) – the temperature gradients did throw in an occasional shower from time to time, including a short one during the performance – and it made for a great evening.  Roy Wicken, a RWAC founding father, estimated the crowd at 800.  Fortunately, with the supervisor’s connections, we were able to reserve box seats. 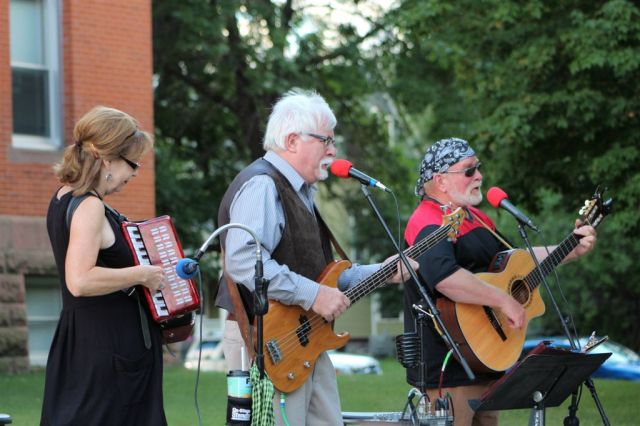 [Annie, Bruce, and Mikko had the audience eating out of their hands – which I believe is a health code violation.] 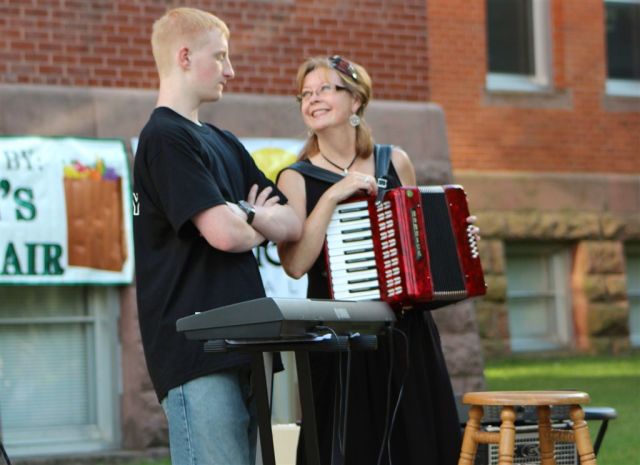 [A grandson, as I recall.  Annie’s beaming face would seem to indicate such.]

[Two photos were very similar.  You’ll have to let me know if I chose the right one.] 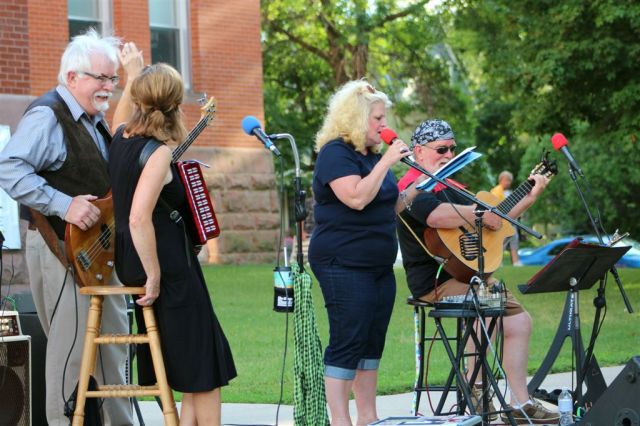 [The group was introduced by Sandy Susag (of the RWAC).  Sandy received at least county-wide recognition for her hilarious performance in ‘A’ My Name is Alice a few years back.] 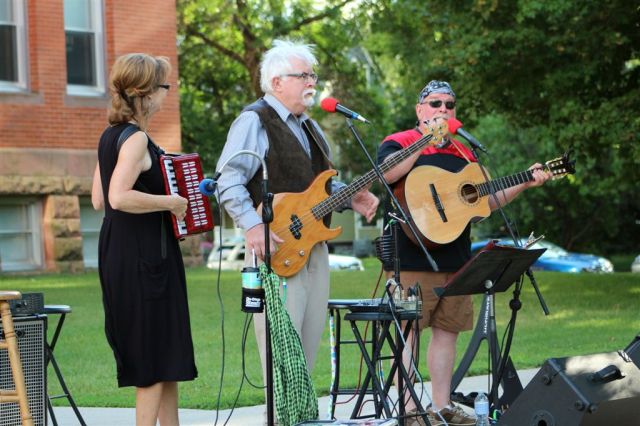 [The excitement in a Minnesota crowd is always palpable.] 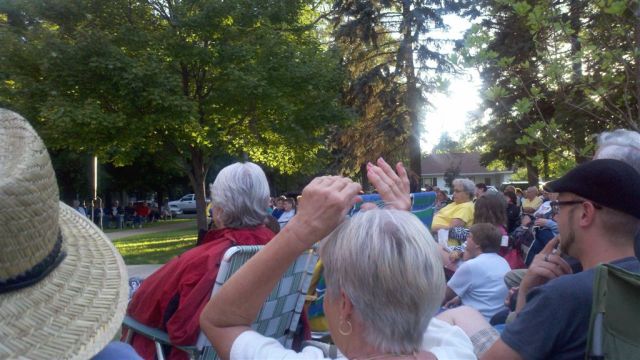 Her eyes they shone like diamonds, I thought her the queen of the land, And her hair it hung over her shoulder, Tied up with a black velvet band.

[Doesn’t really fit here – found rummaging for something else.  Taken in the backyard on beautiful Lake Darling several years ago.]

Patchouli correspondent, Sue Elliot, submitted the following from a rainy night performance at Minnehaha Falls on Wednesday.  Thanks, Sue:

Their new, untitled, song written just 24 hours prior to this performance:

Look for Patchouli again this weekend at Art in the Park!  And say “hi” to them, and to the other performers, as the supervisor whisks me off to Wisconsin.