THE RECESSION IS OVER!!

We read about it in the Echo, of course, sitting in our backyard on beautiful Lake Darling.  It’s all anecdotal – with reports of record boat sales nationwide . . . and locally!!  🙂  But we have proof – if you’re willing to accept our following report.  We hope you will honor our dubious references.  Full disclosure – in the last several days I have noticed I don’t see very well out of my right eye, and the supervisor lost her library card and while attempting to use mine discovered mine had been cancelled (they thought I was dead!).  Nevertheless, after a morning and early afternoon watching The Open, we just happened to look out and see . . . well, we rushed out onto the deck.  It was lovely – not the 91 putrid degrees that was predicted.  It was 79 with a nice breeze.  We saw people – and boats – everywhere.  We promptly donned our Speedos and made for the Moby Obie.  In the 11 years we have lived on the shores of beautiful Lake Darling, we had never seen so much activity on, and in, the lake!  🙂 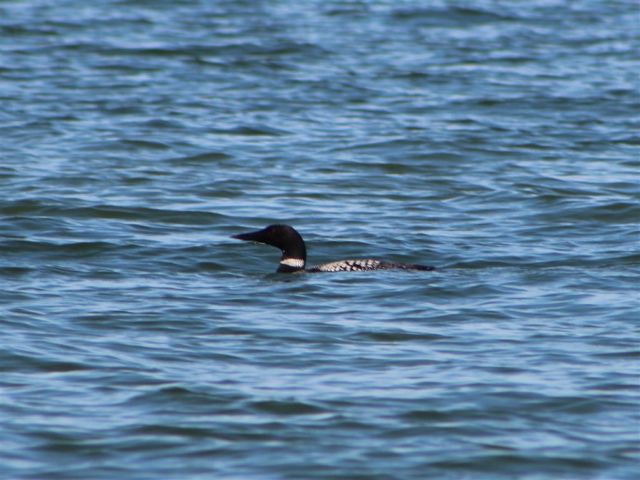 [The state bird was frolicking.] 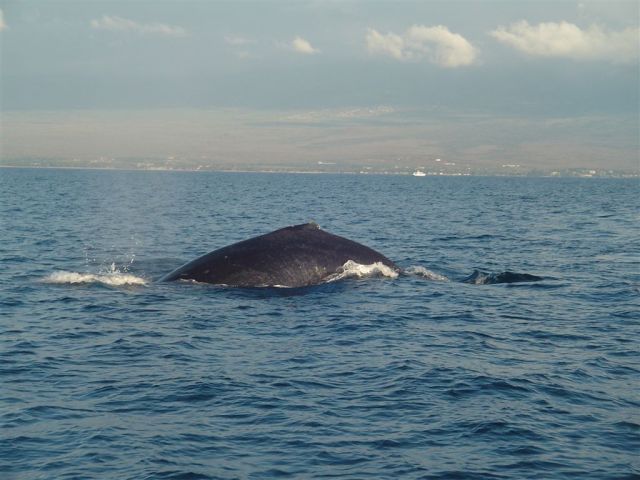 [Arnie and Jo’s neighbors are in such numbers, there are cars parked on the lawn and two large tents are set up on the lawn.  And they all have been spending time in the lake . . . frolicking!  (Aside:  Arnie and Jo sold the motorhome this morning – it took a year.  They still go to Florida every winter, but now to a house.)] 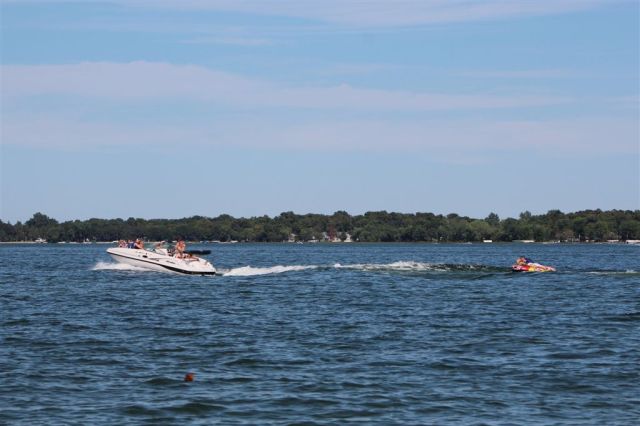 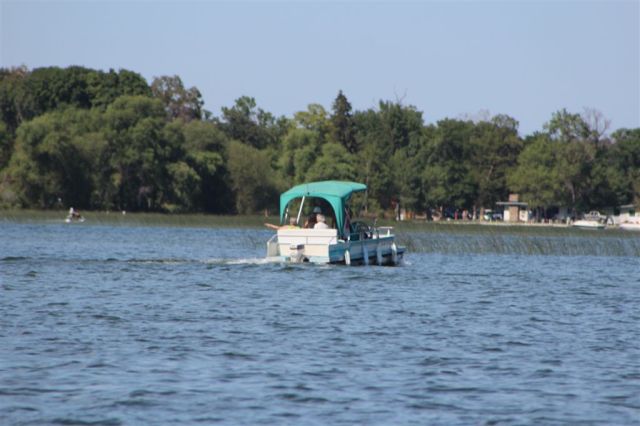 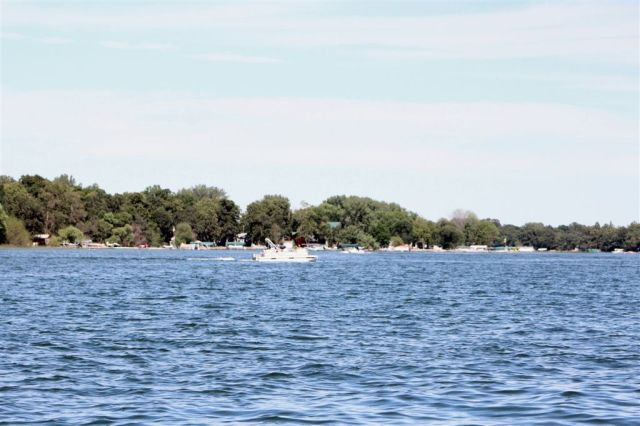 [Not only boating – people were swimming, off the boats and docks.]

[And just enjoying the day outside with company.  By this time, we had cruised by the Fieldhammers, saw Pris and Paul sitting on their deck, and invited them onboard for a short cruise of beautiful Lake Darling on the Moby Obie.] 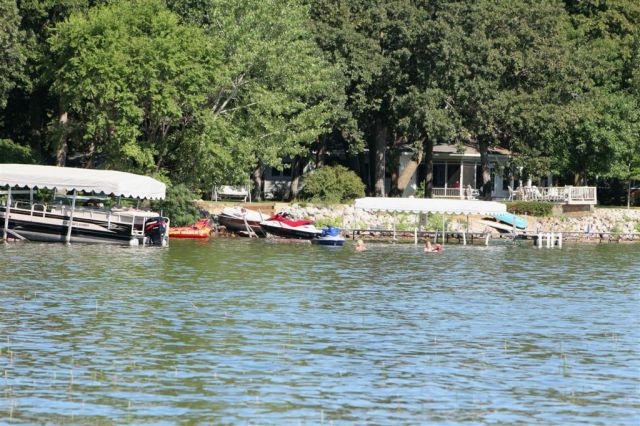 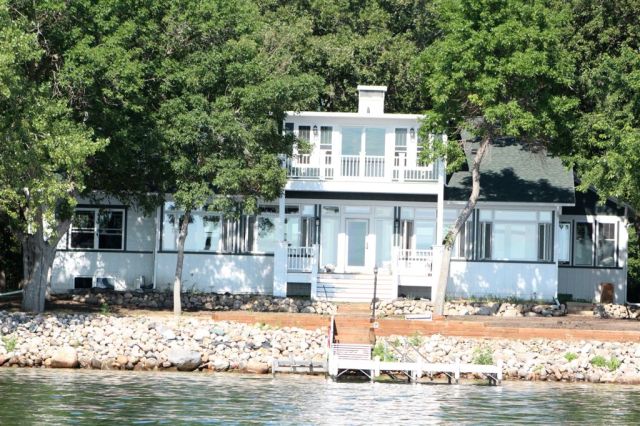 [And checking out remodelings.] 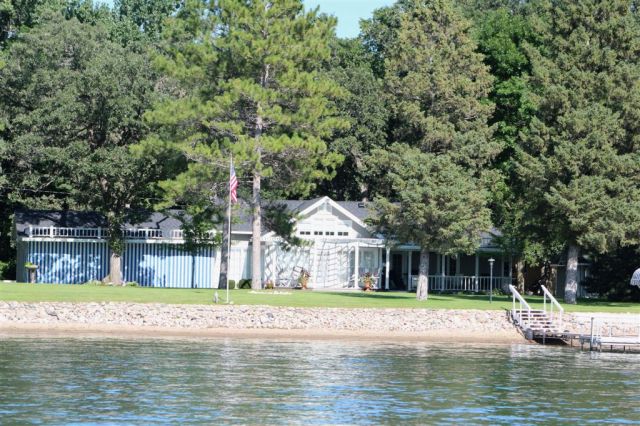 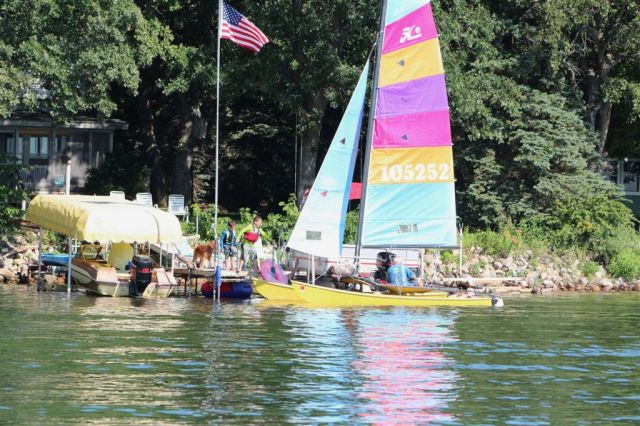 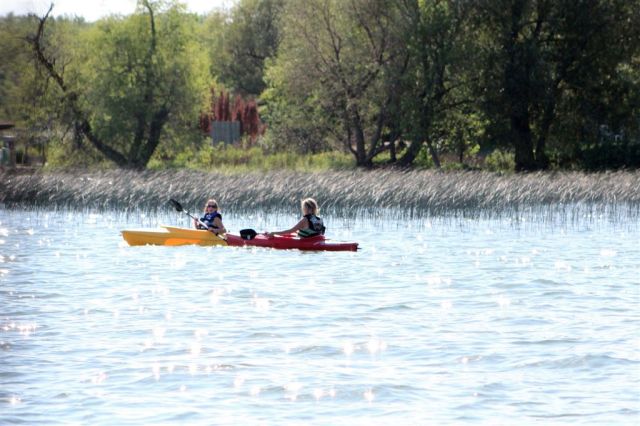 [Back to the neighbors.] 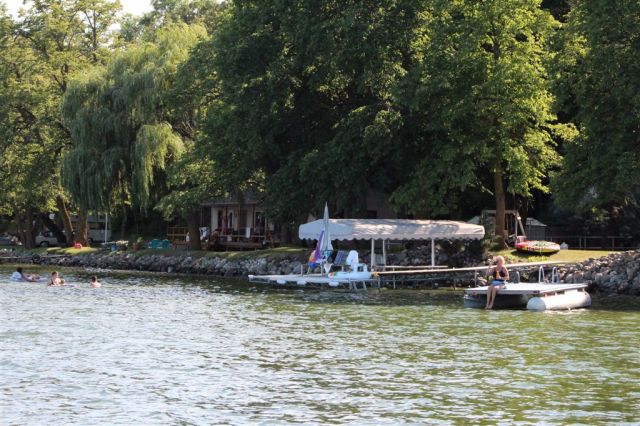 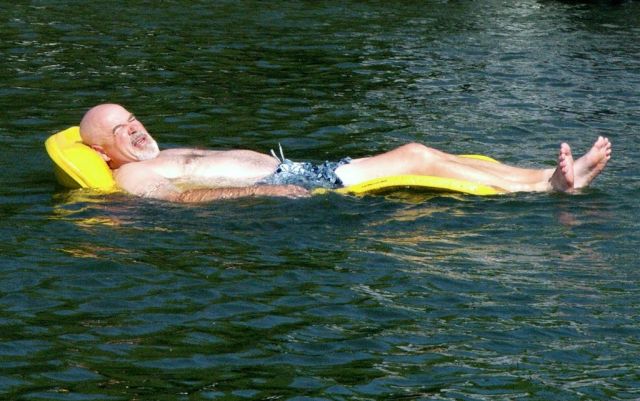 [And then the Arrowwood pontoon went by with a full load.]