The day after the Cards dispatched St. Cloud Tech 21 – 5, they hosted the other St. Cloud team – Apollo.  On a day equally bright and clear, the temperature was about 20 degrees cooler.  That temperature change “chilled” the Cardinal bats to such an extent they were only able to win 10 – 0 after 5 innings (runs were still coming in, but in the bottom of the 5th the game ends as soon as the home team has a 10-run lead).  After shooting close to 100 photos of the Tech game, I mostly just hunkered down on my camp chair and snapped from my “couch potato” position.  The staff photographer was there doing yeoman service – his photos will be added when available. 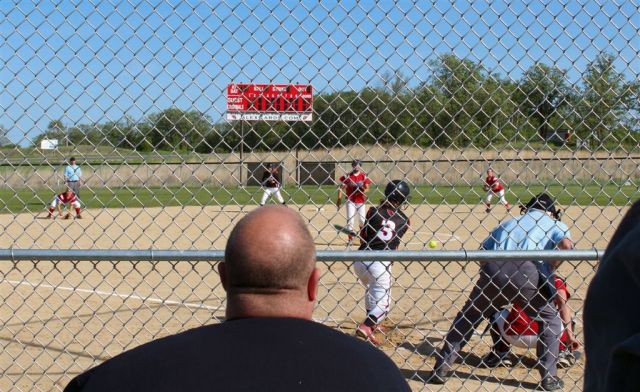 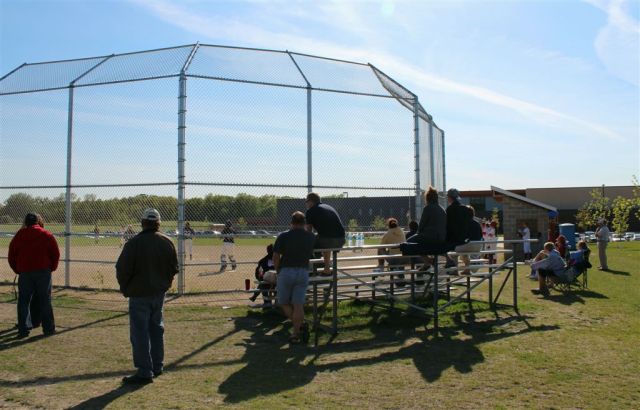 [The JV game next door was a distraction.  Runners seemed to be crossing home plate constantly.  I believe the Cards won 17 – 6.  🙂 ] 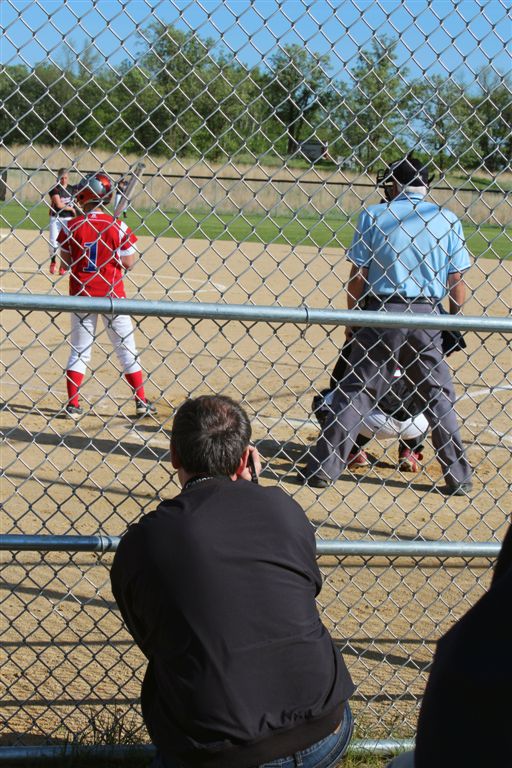 [The staff photographer actually crouches for the sake of his craft!]

[Taylor’s becoming a pretty solid pitcher – and she’s only a sophomore!] 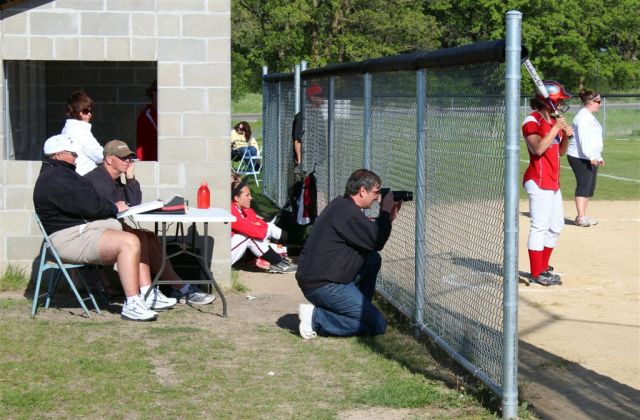 [It was just a matter of time.  Emily Kuennen launched one over the left-center field fence (any disputes from other “eye witnesses?”).  Also a sophomore, she will hit many more in her career.] 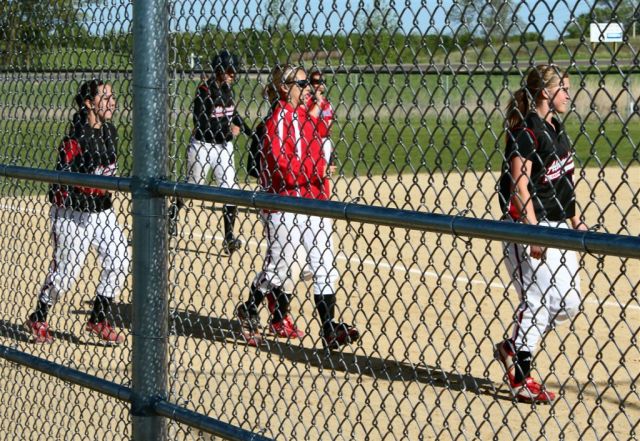 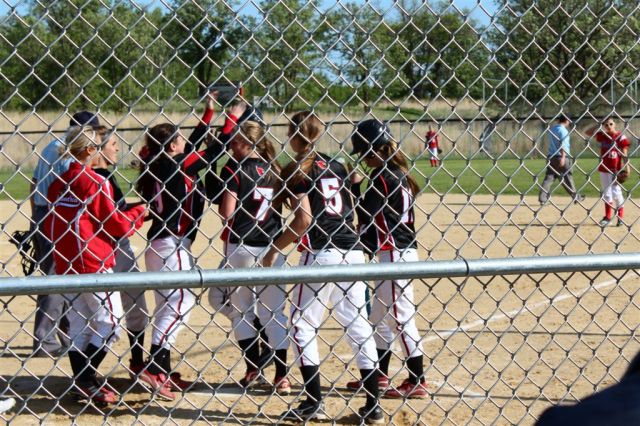 [Amanda drives one toward right.] 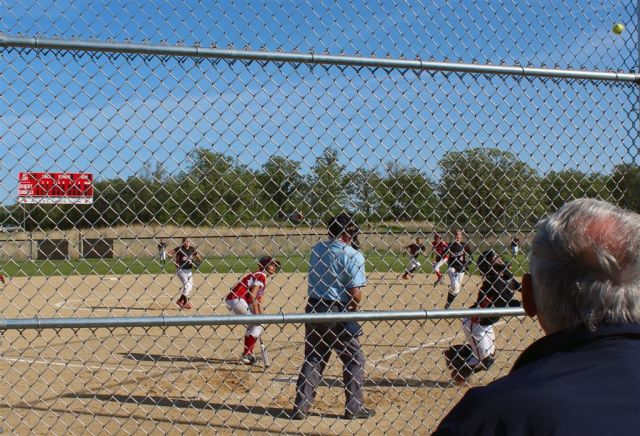 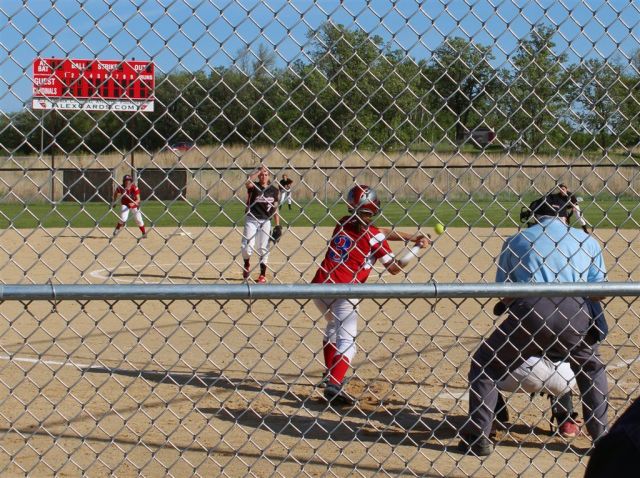 [A high hard one from Taylor.] 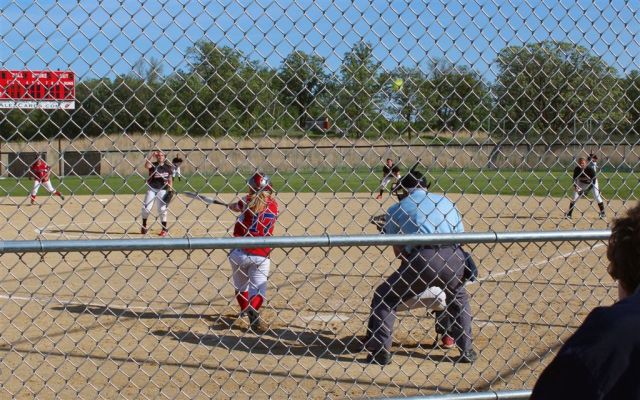 [One-hopper to the mound?] 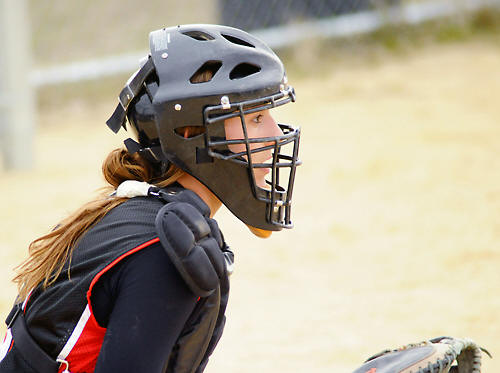 [LT swats one with runners in scoring position.] 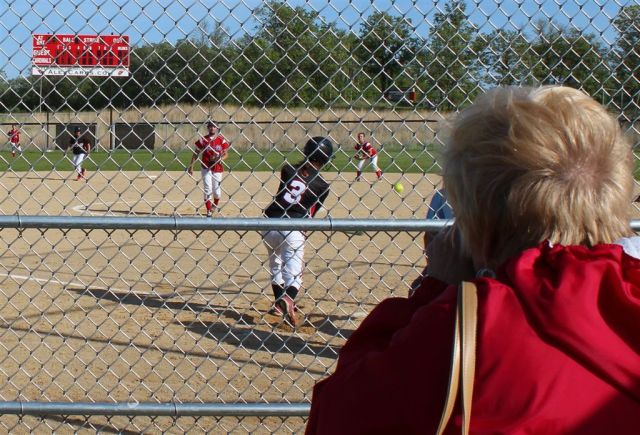 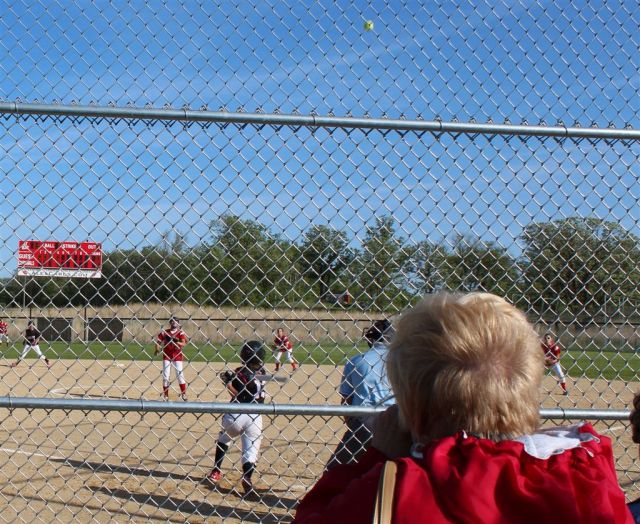 [Sarah pops one up.]

[Taylor pounds one down the line.]

[Then it was Emily’s turn again – looks like a liner toward left.] 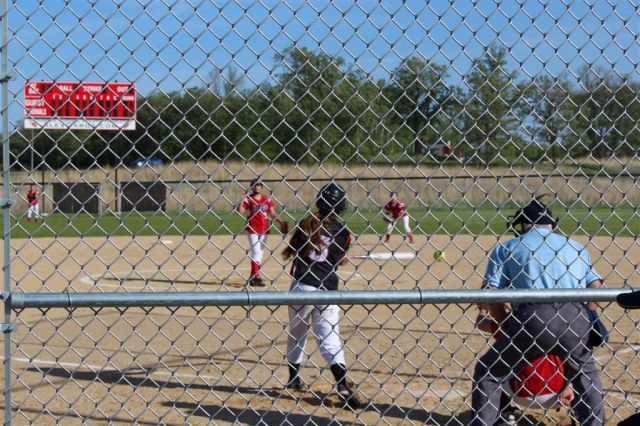 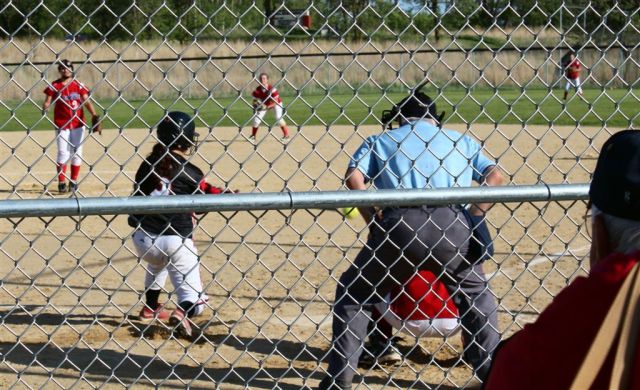 [Mikayla with her oppposite field stroke.]

[And to the top of the order with Danielle – another drive to left?] 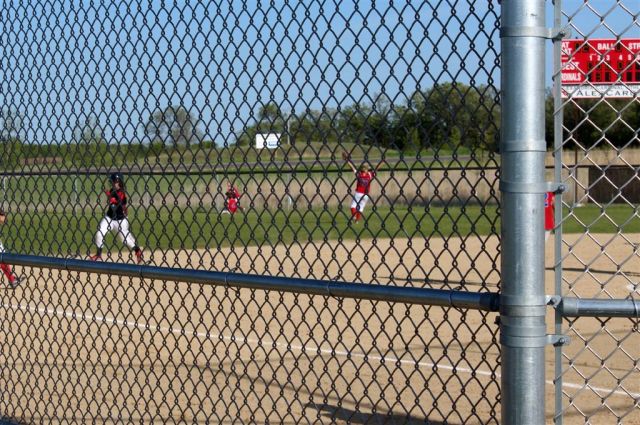 [And here she comes (good baserunner).]

Then I hauled my keister as fast as I could to the high school for the ongoing track meet.  I unfortunately missed what may go down as an historic race!  How’s that for a tease?

[Sitting on my keister, which was ultimately hauled.] 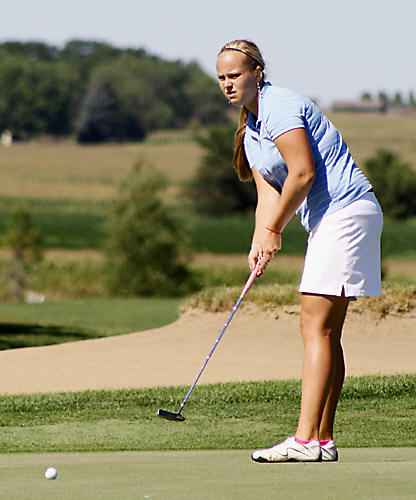