Meanwhile, back to the subject at hand:

[Bob “Weakie” Annen (light cap), glad to be a snowbirder no more, resumes his elite status as a Cardinal Super Fan.]

The Cardinals were hosting the Rocori Spartans Friday afternoon.  The supervisor and I thought it a perfect prelude to the final Central Lakes Concert Association performance of the season later than evening (Metales M5, a brass quintet from Mexico, who were terrific).  OK, not quite perfect.  As you can see, “Weakie” is in winter attire though it appears to be a beautiful day.  Super Fan Ruth Anderson was present in her snowmobiling outfit.  A stiff breeze made “just sitting there” a chilling event.  The supervisor decided to stay in the car and read.

[JV fans at the abutting field – future Cardinal softballers watch intently from the back row.]

But the ladies mucked up our timing a bit.  They have been on a roll – winning their 5 previous games by a 51 – 9 run scoring margin.  On this day, they continued their onslaught.  Sophomore hurler Taylor Ellingson was terrific in not giving up a single walk (that I can recall) – and the bats kept producing.  The game was called in the 6th inning when the Cards reached a 10-run advantage – and a 10-0 victory.  The game only lasted one hour.  The supervisor and I had an hour and half to kill before the concert.  We determined a butter burger would make a fine time killer – and it was despite that fact the place was overrun with patrons, many of whom we assumed were on the road for the midnight fishing opener!

The game.  The following video is of the Cards 4-run fourth inning:

We scored 3 runs in the first, 4 in the fourth, and 3 more in the sixth, thus ending the game.  And the hitting has been up and down the line-up. 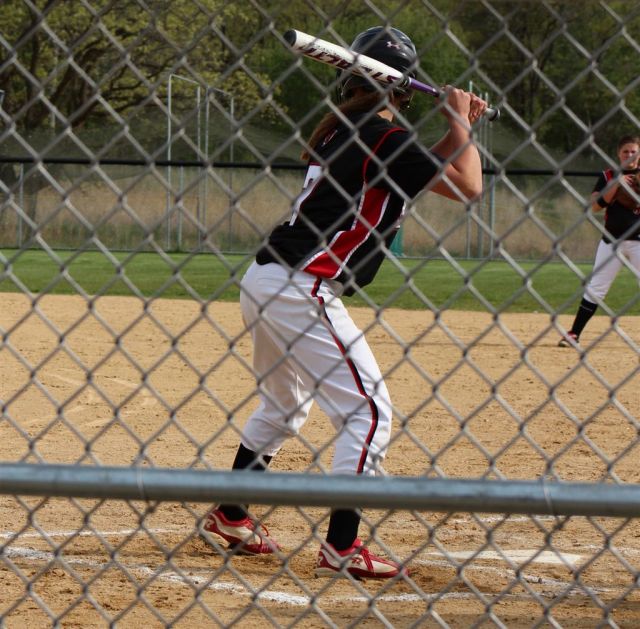 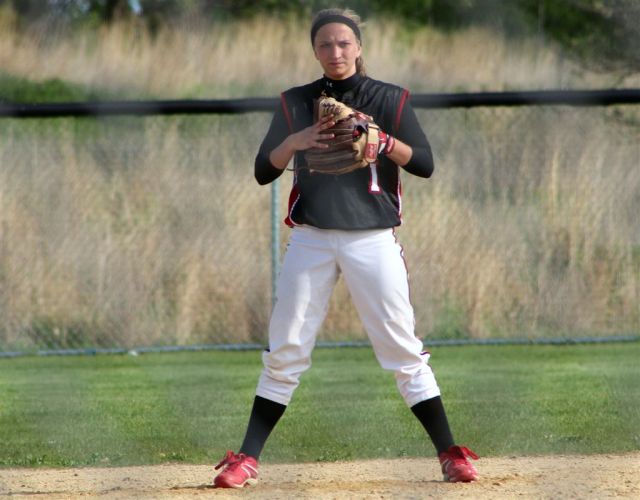 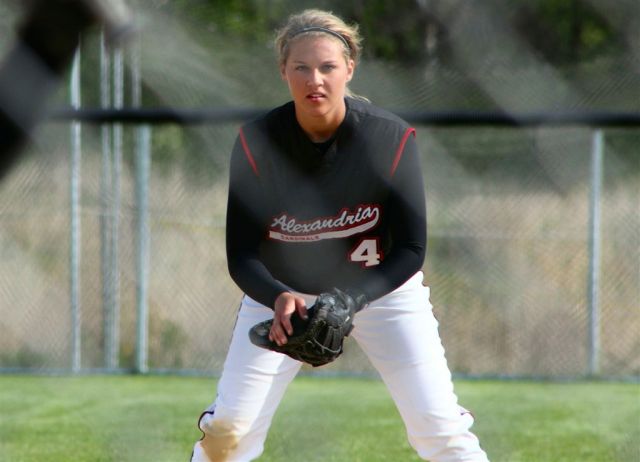 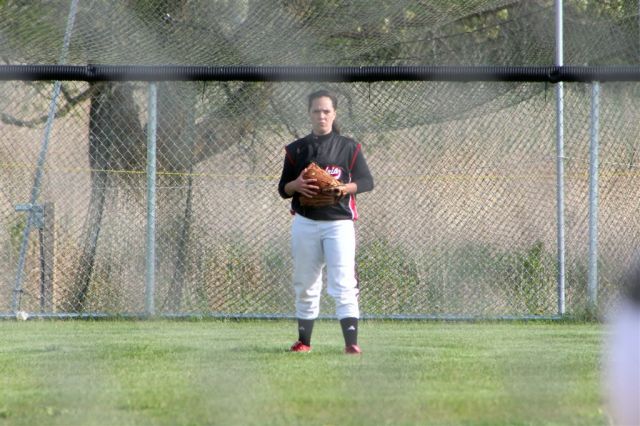 [Senior rightfielder Mikayla Lucas (9) in rightfield.  I failed to get a photo of our leftfielder in this game, junior Rachel Peterson (12), because that would have required me to get up out of my comfy chair and move to a different sight line!]

[Danielle continues a tradition (at least since we’ve been following the team) of great shortstop play!  🙂  ]

[The half inning meet and greet.] 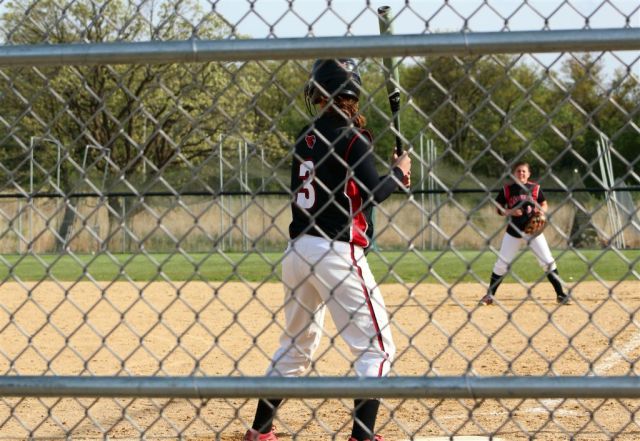 [LT, batting 3rd, has another successful plate appearance (and the next 3).] 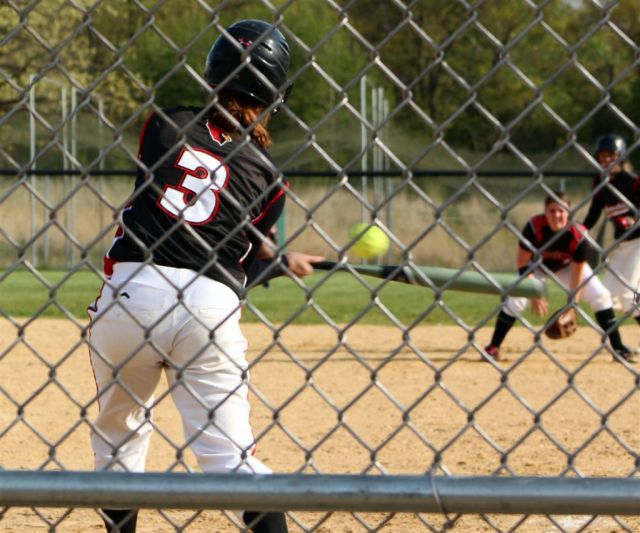 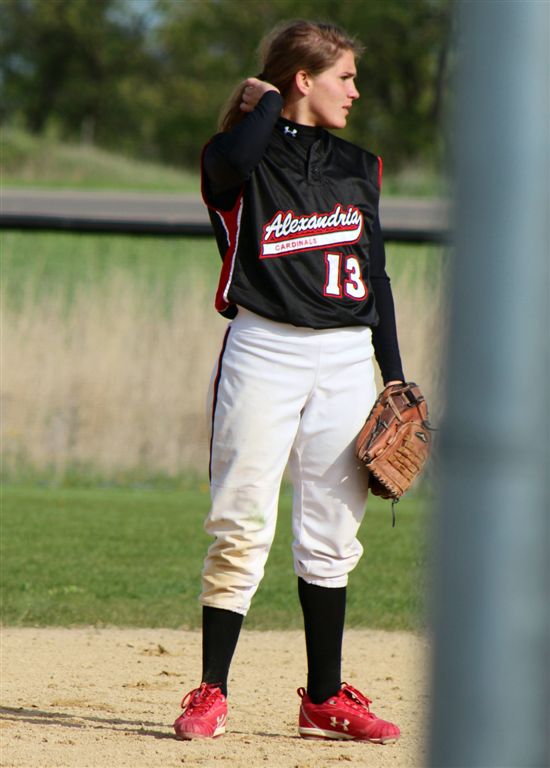 [“Baby Bruiser,” the only player I could occasionally shoot without having chain link in my way!] 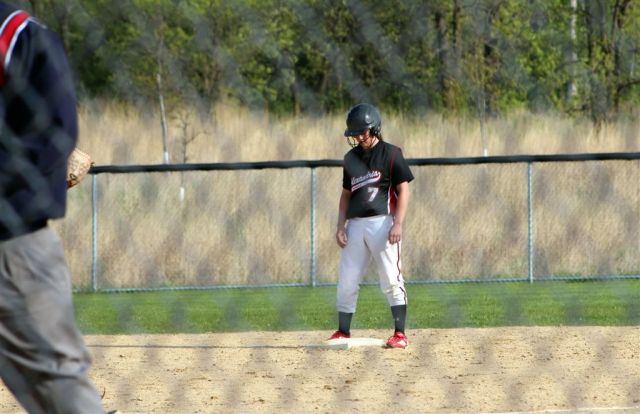 [Taylor helped her own cause by ripping a double.]

[And then Emily drove her home, as I recall?] 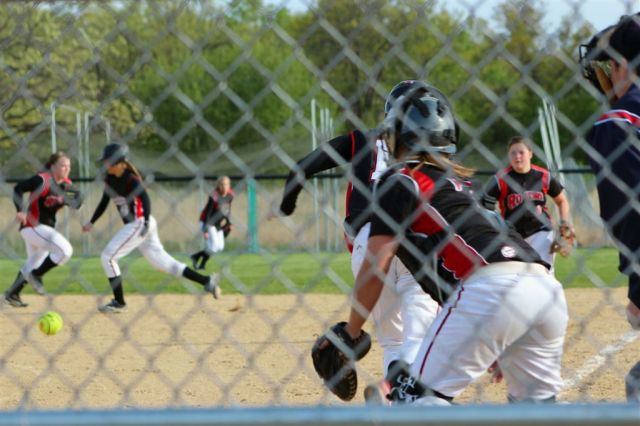 [Players are running around everywhere!] 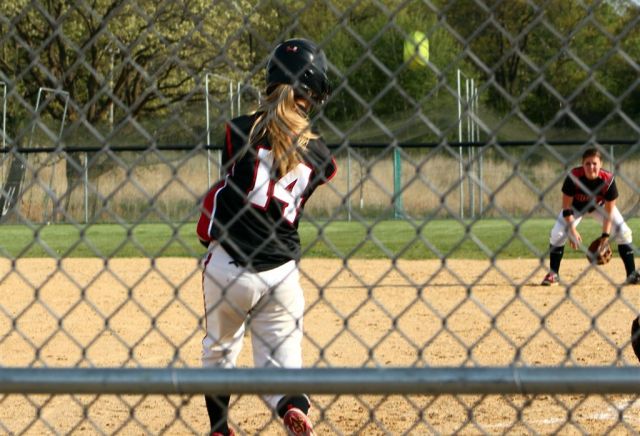 [Because this is the last photo of a swing, must have been the play that ended the game by “Baby Bruiser” . . .]

[Sarah by the Echo Press in the Brainerd game.] 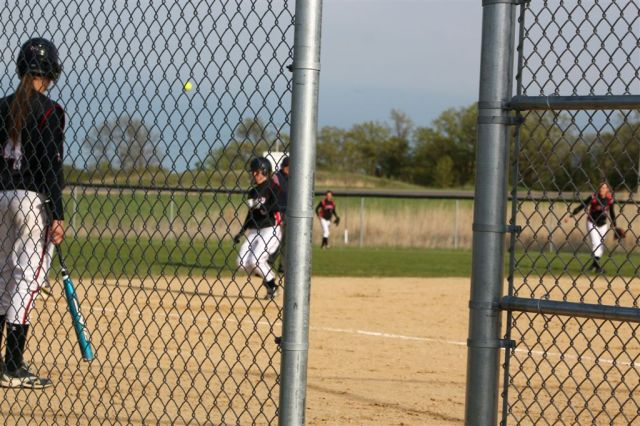 [As another heads to third.]

Game over.  Next home game Monday v. Tech – and v. Apollo on Tuesday (and a track meet, as well)!