June 19, 2008, the first full day on the ground as we began our inland portion of the Alaska cruise.  Everything in this post will be from June 19.  From the Fairbanks Princess Lodge we began with a tour on riverboat, Discovery, with a day’s end destination of the Denali Princess Lodge.

January 27, 2012:  Tom:  What would we do without your expert reporting. You will become a legend. ~ Crazy Dave 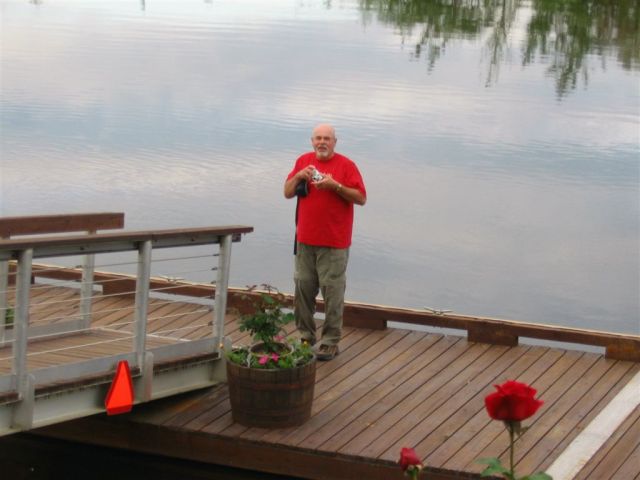 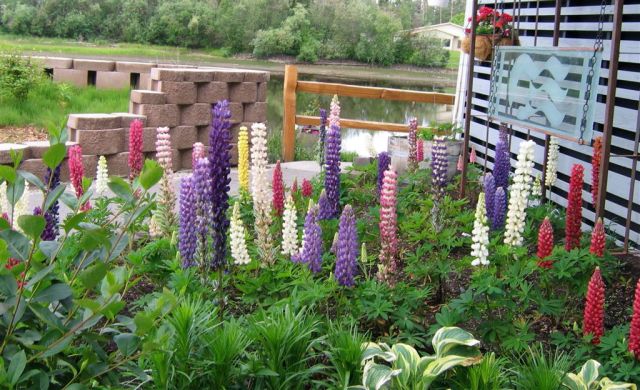 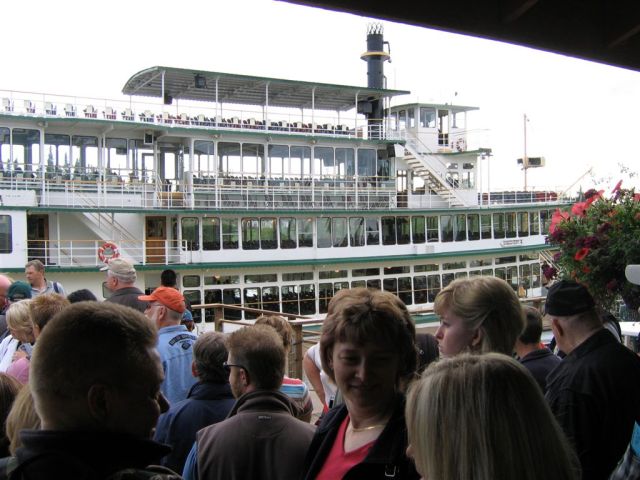 [Discovery.  It was really difficult to keep tabs on Crazy on a vessel this large!] 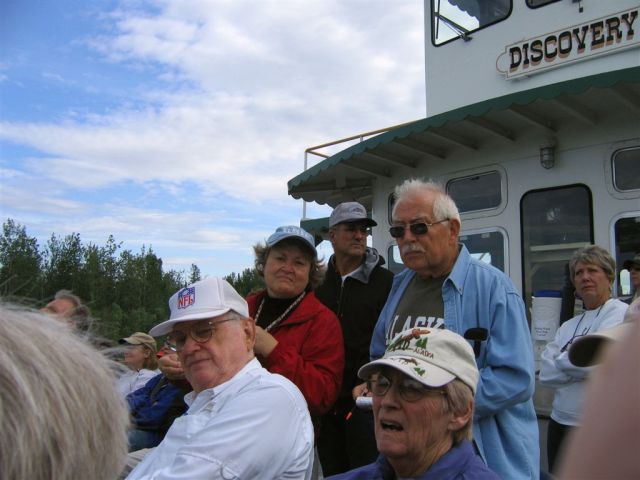 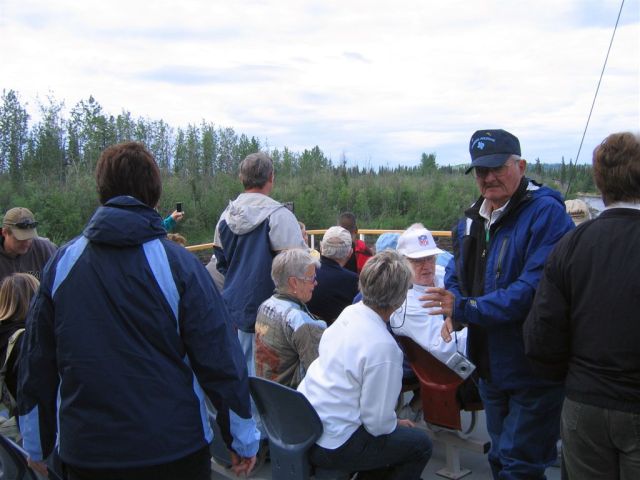 [Bill standing at the bow, i.e., front, of the boat calling out, “Mark Twain!”  “Mark Twain!”  I have reason to believe it did not involve a book club meeting.] 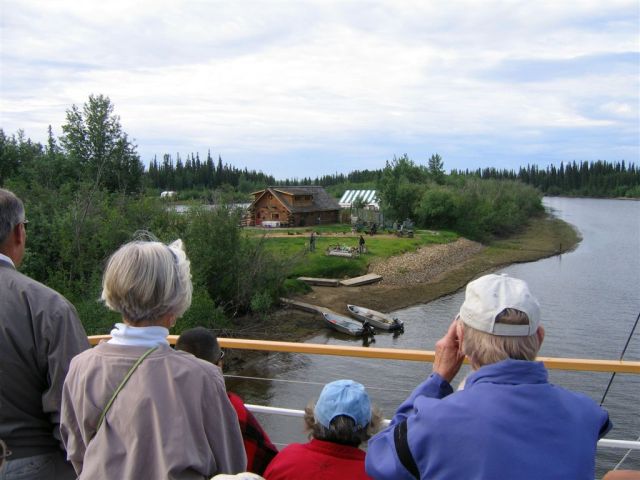 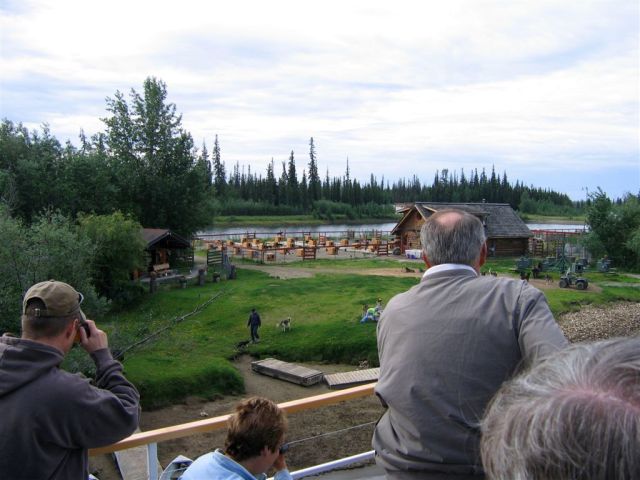 [“Did you notice any lupine groves along the riverbank?”] 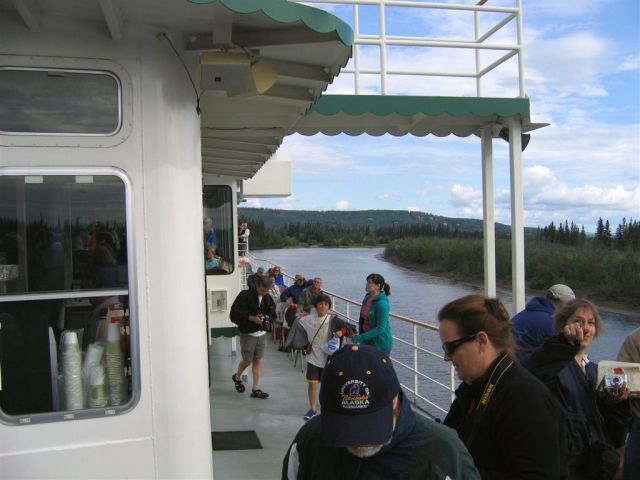 [Looking back from whence we came.  A complete stranger on the right side is pointing her finger at me, a’ la Jan Brewer?]

[Ray and Don checking out Dixie’s place.  There’s some fish smokin’ goin’ on!] 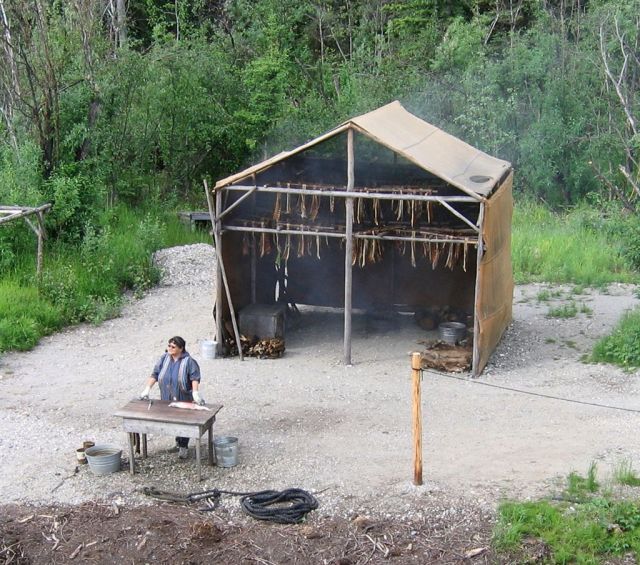 [This is Dixie.  It seems anyone who has ever taken a tour of Alaska knows who she is!]

[So, here are Ida (standing) and Grace (sitting at ladder top), Athabascan college students (who were terrific), telling the assembled masses how the Athabascans (native people of interior Alaska) survived without a Super WalMart just down the street.] 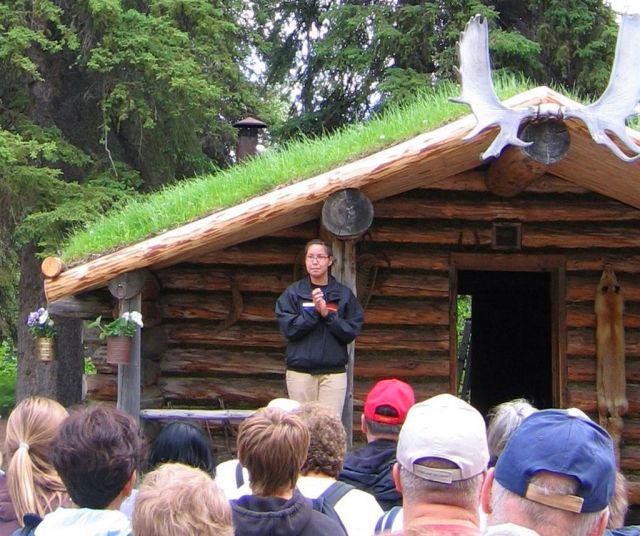 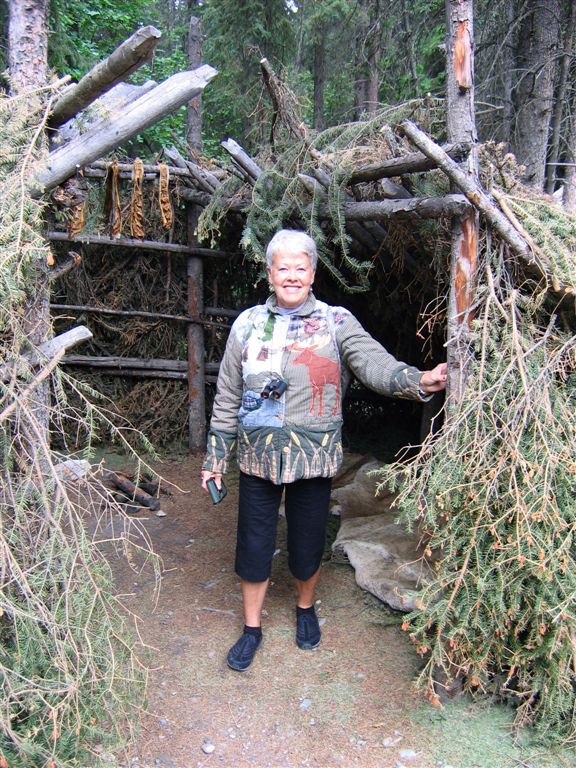 [Appropriately attired in her moose jacket!] 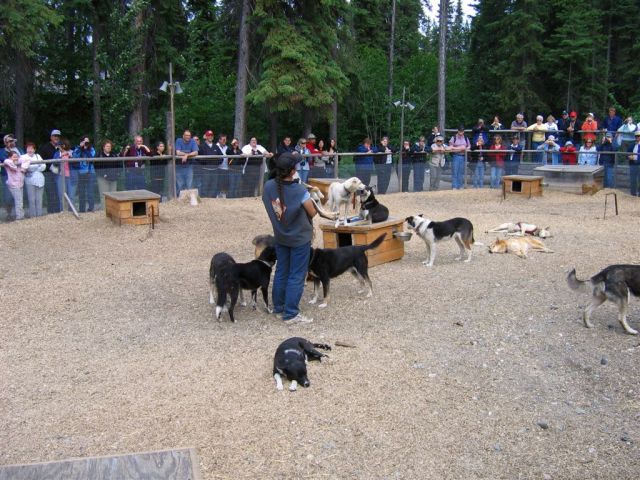 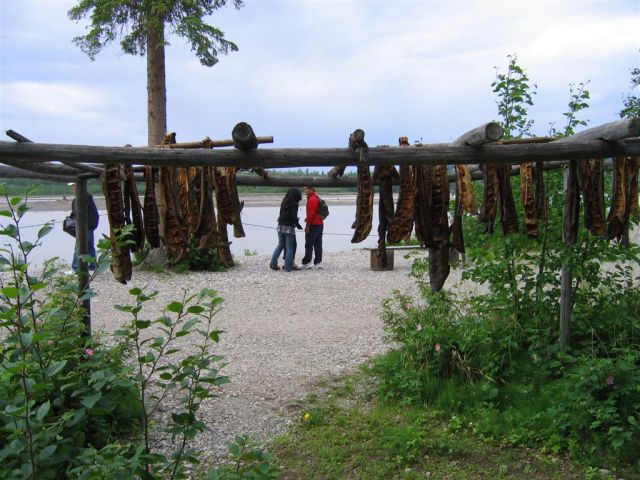 [Back to the boat.  The first APB was issued for Crazy Dave.] 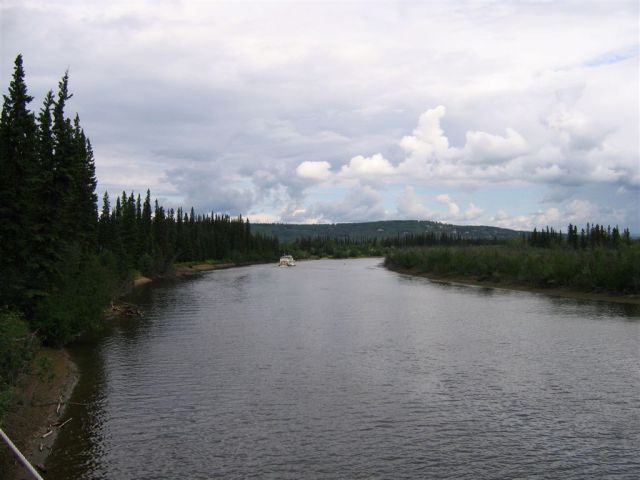 [On the bus trip to Denali.] 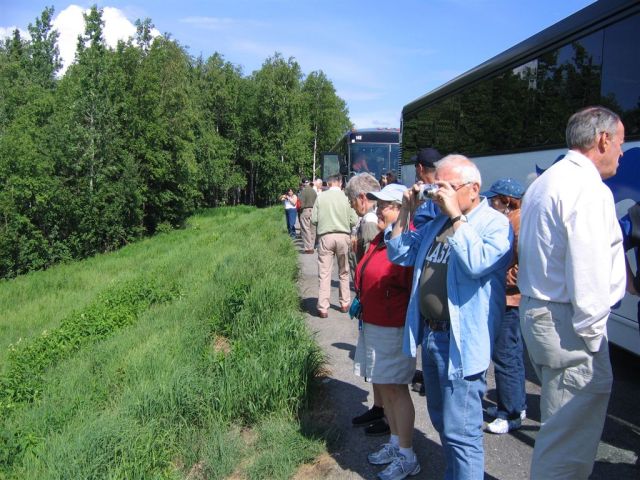 [One of those stops where we all get out and take pictures of everyone else taking pictures.]

[Our lodging at Denali.] 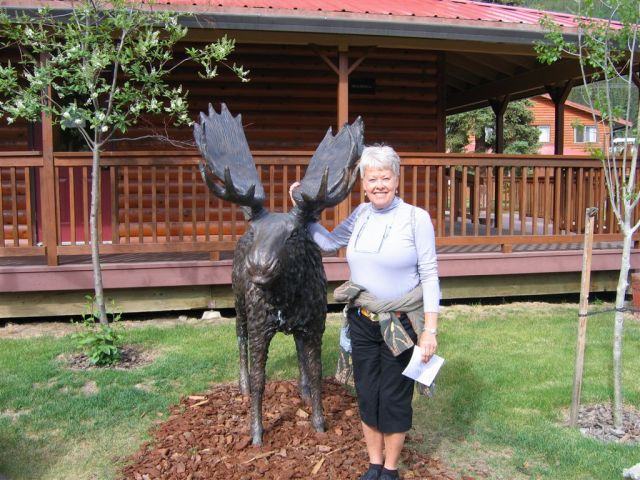 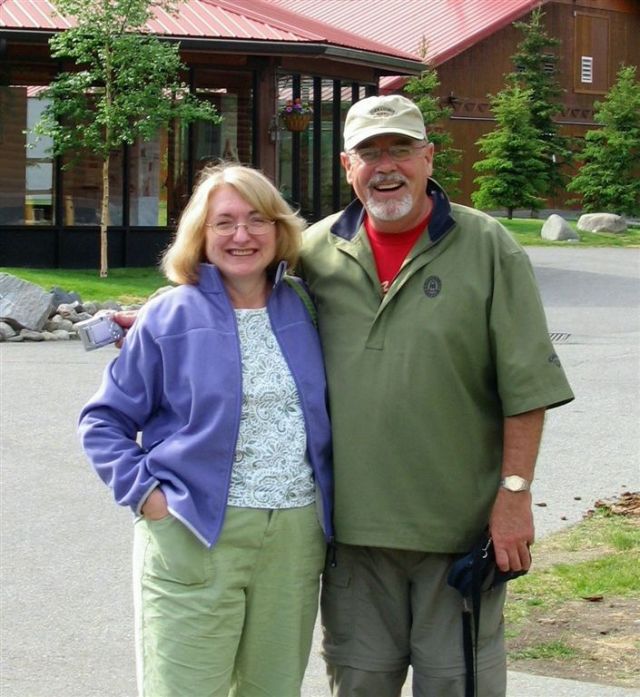 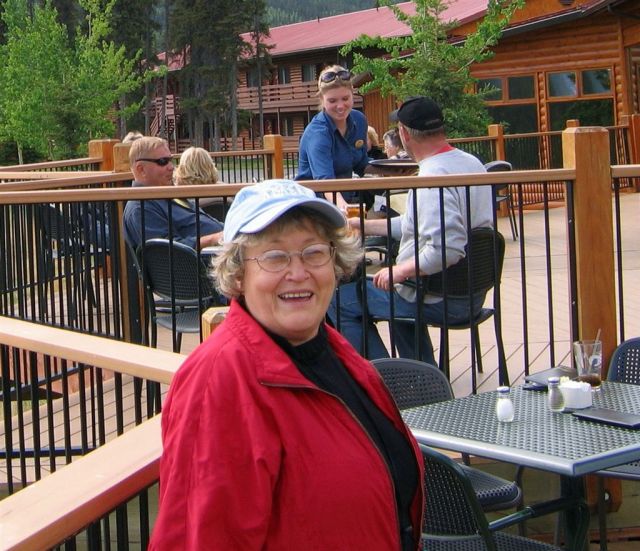 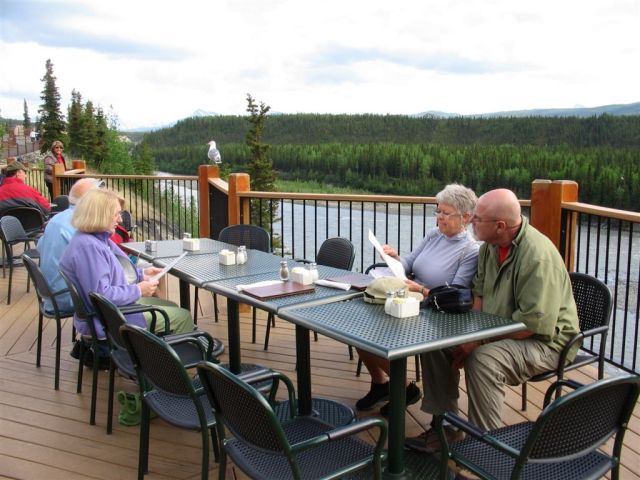 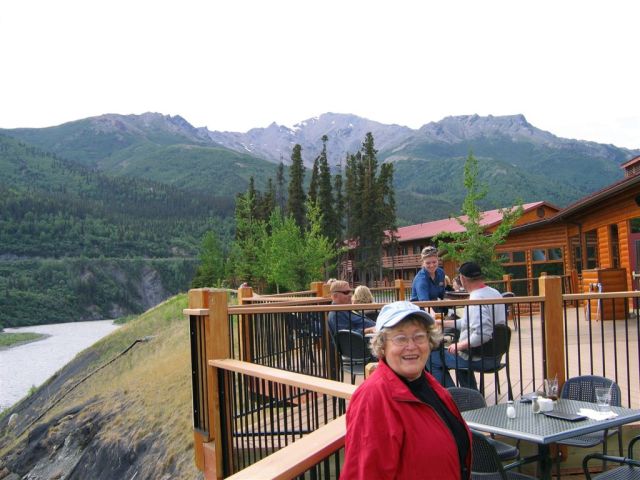 [Or why the tour provides the drivers.] 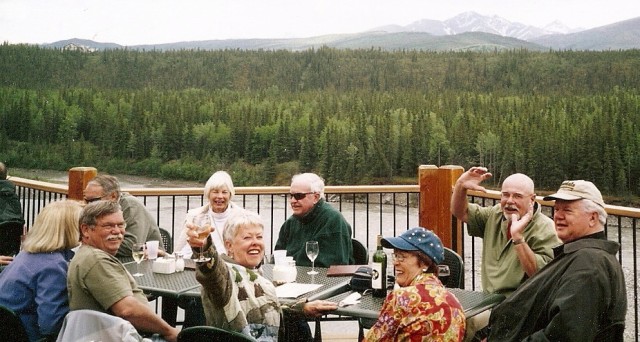